Orange is the New Black actress Uzo Aduba is featured on the cover of the September issue for Essence magazine this year. Essence describes her as a 35-year-old actress that  is a self-admitted thrill seeker who is a fitness junkie and who boasts not one, but two Emmys. Oh, and she completely stuns on the cover of our September issue of Essence – and we couldn’t agree more, she looks stunning! 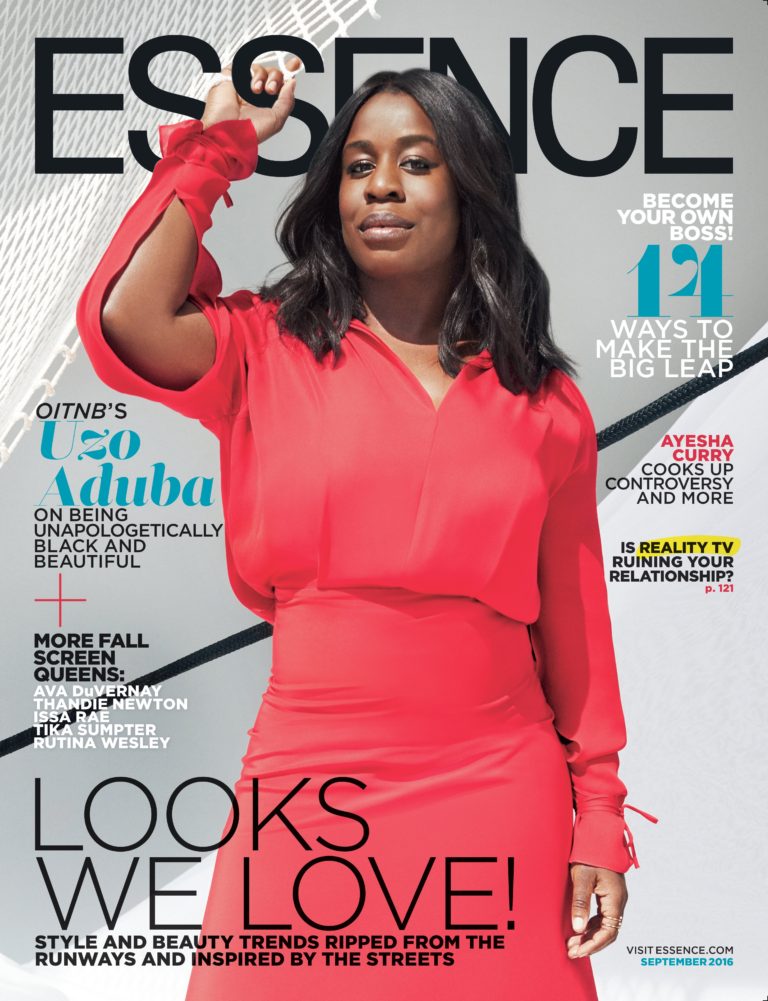 “This business will try to convince you that you’re not enough,” she says in her cover story. “That you’re not pretty enough, thin enough, talented enough, interesting enough, experienced enough, and I say, ‘Enough. Enough with that!'”

In her cover story, Uzo explains that she struggled to merge her Nigerian roots with her Boston upbringing – she once asked her mother if she could change her name to Zoe. It wasn’t until she discovered acting that she began to truly find herself. However, her road to success was not an easy one.

After countless failed auditions, she definitively decided that she was going quit acting.But, as fate would have it, 45 minutes after she made that decision, she got the call for Orange is the New Black. Since her Netflix debut more than four years ago, she has appeared in numerous films as well as a successful West End play. As her career continues to flourish, she is committed to staying grounded and grateful.

“There are millions of people in this world who choose to watch our show, and without that choosing, we would not exist,” she said. “Thank you for being open enough to allow us into your home. Thank you for seeing us and seeing that we matter.”

The Essence September issue is available on newsstands August 12.

BN TV: How Fast does an Olympic Boxer Punch? Let’s find out from this Haitian Boxer