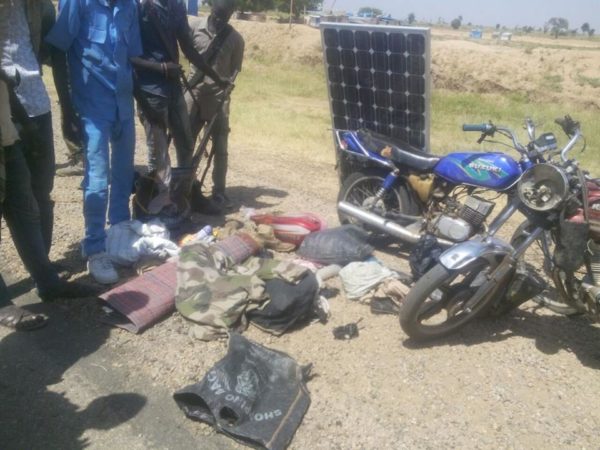 A statement by Acting Director, Army Public Relations, Col. Sani Usman, on Sunday said that 19 other soldiers and one Civilian JTF sustained various degrees of injuries during the attack.

Usman said the troops of Operation Lafiya Dole were ambushed by the terrorists  at Ugundiri village, Damboa Local Government Area,  while returning to base after clearance operations on suspected Boko Haram terrorists hideouts in Talala and Ajigin in southern Borno

“The bodies of the late soldiers and civilians have been evacuated to Maiduguri, while the injured are receiving commensurate medical care and are in stable condition,” he said.

He said that troops had been mobilised into blocking positions to further neutralise fleeing Boko Haram terrorists.

Usman said that another set of troops had earlier cleared Zira, Abulam, Dusula, and Buk villages before returning to base in Bulabulin.

In a related development, the army spokesman said that based on information received about gathering of some suspected Boko Haram terrorists around Bori village, 16km from Mainok, outskirts of Maiduguri, troops swung into action and neutralised them.

“The troops recovered three motorcycles, one hand Grenade, one round of 7.62mm ammunition, solar panel, a pair of Niger Republic military camouflage uniform, one Gionee mobile telephone handset, one wet cell battery and half bag of groundnut,” he said.

OAP Freeze weighs in on Pastor Sam Adeyemi’s #MentalHealth Comments – “increase in Churches, is in symphony with increase in mental health”