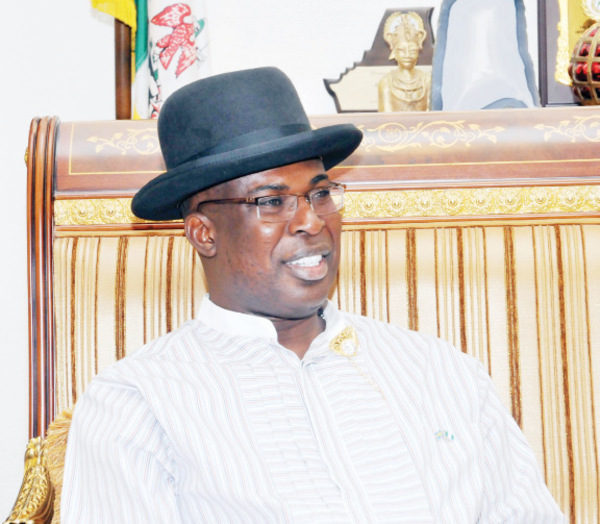 Timipre Sylva, a former governor of Bayelsa state, has reacted to the report that he has reclaimed 48 houses that were seized by the Economic and Financial Crimes Commission (EFCC) in 2013.

Sylva, in a statement by his media adviser, Doifie Buokoribo, described the report as “strange, speculative and malicious”. Sylva also claimed that he owned only 3 houses in Abuja which he built before he became governor.

Sylva said in the statement:

We have a read report in a national newspaper, which was reproduced by a few online publications and in the social media, claiming that Timipre Sylva had ‘retrieved 48 of his property which the Economic and Financial Crimes Commission seized during the administration of Goodluck Jonathan.’

We view this report with disgust, given its unconcealed speculation and vindictiveness regarding such a sensitive matter.

For the avoidance of doubt, Sylva does not own 48 buildings in Abuja or anywhere in the world. So the issue of reclaiming ‘48 houses’ does not arise. He has only three houses in Abuja, which he built before he became the governor of Bayelsa State.

This point has been made several times before, and neither EFCC nor those who had used EFCC as a tool of persecution against Sylva during the Goodluck Jonathan administration have contradicted this fact. EFCC had taken their allegations of property ownership against Sylva to several courts without establishing anything against the former governor during the Jonathan era.

Beyond the commission’s routine media prosecution, no court of law has found Sylva guilty of any crime. Indeed, in the course of the trials at the Federal High Court, Abuja, owners of some of the properties wrongfully attributed to him joined to claim their houses.

The court ruled on the matter of the said 48 properties since 2013. Why is it now a subject of media attention? Clearly, this is a sponsored publication.

Sylva takes great exception to the wholly speculative and vindictive report on the matter. He frowns on the malicious audacity of the publishers of such a story, or their sponsors, despite warnings by the courts against media prosecutions and persecutions like this one, and the attempts by the EFCC to burnish its image that was mindlessly battered during the last administration.

After failing to prove any crime against Sylva in a democratic court of law for the past four years, this latest media show is another desperate attempt to rubbish him politically.

To correct the wrong impression that sponsors of the falsehood against him are, obviously, trying to create, Sylva has instructed his lawyers to take legal action against publishers of the fake story.

However, while speaking to PUNCH, the EFCC spokesman, Wilson Uwajaren insisted that Sylva owns the 48 houses and that the EFCC had begun fresh moves to re-arraign the former governor.

Uwajaren said that the commission had filed an appeal that the former governor should not have access to the properties, some of which have been rented out.

“I have just spoken to Rotimi Jacobs (SAN) who is in charge of the case. He confirmed to me that the EFCC has begun moves to appeal the case, which means that he (Sylva) should have no access to the houses,” Uwajaren told PUNCH.