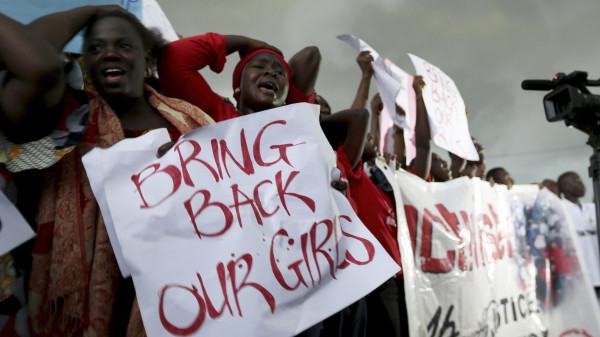 The Federal Government has invited members of the Bring Our Girls Back (BBOG) advocacy group to a short trip in a military operational flight into Sambisa forest in search of the missing Chibok girls.

The invitation extended to members of the BBOG, an advocacy group for the release of the missing school girls from Chibok, Borno, was contained in a letter dated January 11.

The letter signed by the Minister of Information and Culture, Lai Mohammed and addressed to Oby Ezekwesili, the convener of the group, was made available to the media on Saturday.

In the letter, the government asked the BBOG to nominate three of its members to join on the guided trip on January 16 in recognition of the unwavering commitment of the group to the release of the girls

“The trip being planned by the military will see the ministers of defence and information, the Chief of Air Staff and Chief of Army Staff joining the invited BBOG members and a select group of journalists.

They will first go to the Nigerian Air Force (NAF) Command Centre in Yola to witness firsthand the efforts being made to search for the girls by NAF and then join the day and night sorties with the BAF to the Sambisa Forest.

Please note that due to limited seats on the search plane, only two of the invited BBOG members will join the NAF sorties.

After the sorties, the team will return to Yola for bidding by the NAF on their daily search for the girls as well as all those who have been abducted by Boko Haram.

Departure is scheduled for 8.30a.m. at the Air Force wing of the Nnamdi Azikiwe International Airport on Monday the  January 17, 2017,” the letter read in part.

The government stated that the trip would avail the BBOG the opportunity to witness and better understand the efforts being made to secure the freedom of the girls and other victims of Book Haram terrorists.

The group replied FG’s letter, requesting for a pre-tour meeting. It also asked that the Chief of Army Staff, Lt.-Gen. Tukur Buratai, should retract and apologize to BBOG for receiving and endorsing a group at the Army Headquarters, who had accused BBOG of engaging in “social advocacy terrorism.”

We write to thank you and acknowledge your letter on the above subject, dated January 11, 2017 which we received by email transmission yesterday, January 12, 2017. We had an emergency meeting of our Movement to discuss your invitation to embark on a “guided tour” of the Nigerian Air Force Command (Yola) and Sambisa Forest with officials of the government.

Our members unanimously agreed that the Movement is open to exploring the opportunity for a visit to the North-East theatre of war as presented in your invitation. However, before proceeding with further discussions on the proposed visit, we propose a pre-tour meeting to discuss pertinent issues that will help inform our decision to proceed.

We believe that this prior meeting would help provide first-hand knowledge of, and answers to questions that our movement wishes to raise ahead of the guided visit.

We propose that participants at the meeting be the National Security Adviser to the President and the other officials of government indicated in your letter. These are: 1. The Minister of Defence, 2. The Chief of Army Staff, and 3. The Chief of Air Forces. Furthermore, we wish to raise a matter critical to our proposed meeting. Only two days ago, the Federal Government owned News Agency of Nigeria (NAN) widely reported, through the mass media, that during a visit to the Army Headquarters by a certain group which was received by the Chief of Army Staff, our Movement was attacked for engaging in “social advocacy terrorism.”

It is puzzling that the reported said visit happened less than forty-eight hours before our Movement received your letter asking us to travel in the company of the same Chief of Army Staff to Sambisa Forest.

We demand therefore that ahead of the pre-tour meeting we have proposed herein, that the Chief of Army Staff retracts and apologizes for endorsing such slanderous attacks against our Movement #BringBackOurGirls and specifically at some of our leaders.

Such a step would communicate that it is with goodwill that the Federal Government is asking us to entertain the visit proposed in your letter. For 990 days, our Movement has singularly advocated for the return of our Chibok daughters who were abducted from Government Secondary School, Chibok, on April 14, 2014 by Boko Haram during an insurgency that has raged in North-Eastern Nigeria for over eight years. For nearly three years, our movement has demonstrated the utmost decorum and civility by ensuring that our advocacy follows due process and upholds the core values that we developed early on in our campaign.

We assure you that we shall remain on the path of our core values of Hope, Unity, Motivation, Affability, Nationalism, Integrity, Transparency, Empathy, Equity, Discipline, and Sacrifice. We are available to attend the pre-tour meeting we have proposed as soon as we receive a date from you.

We look forward to receiving your reply at your earliest convenience to enable us adequately plan for our members that will attend the pre-tour meeting with you and your designated colleagues.