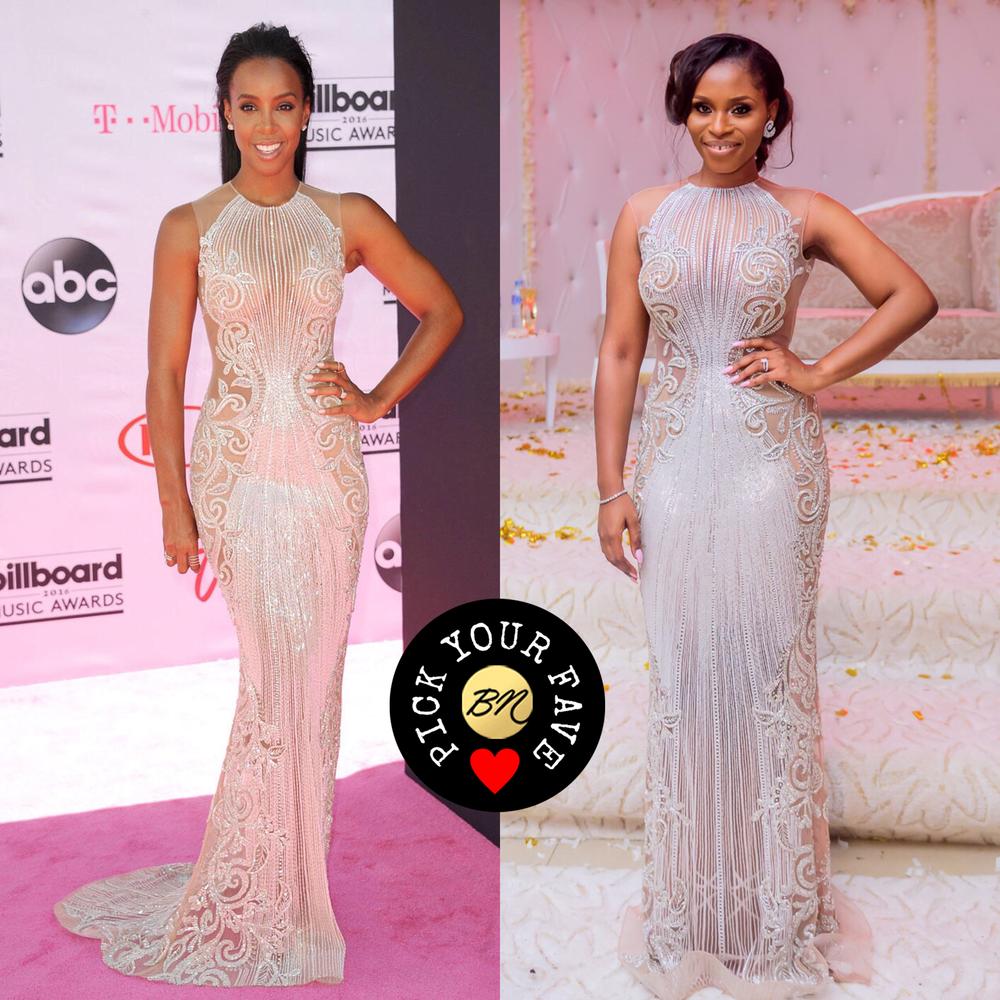 Antoine Salameh, the head designer and founder of LaBourjoisie, is known for making haute couture pieces, so it is no wonder that this metallic & bedazzled number made its way to both the Royal #LexyLabs17 white wedding and also the 2016 Billboard Music Awards.

Over the weekend, makeup artist Labisi Folawiyo of @facesbylabisi and her Prince charming, Aderemi Sijuwade said their I Dos with a Royal ceremony and for her reception dress choice, she went with this semi-sheer and bedazzled halter dress by Kuwaiti Designer, LaBourjoisie!

She hooked her flawless makeup look by herself and had Tasala HQ Salon whip her bridal hair into an up-do, allowing the dress all the glory and attention it deserves. 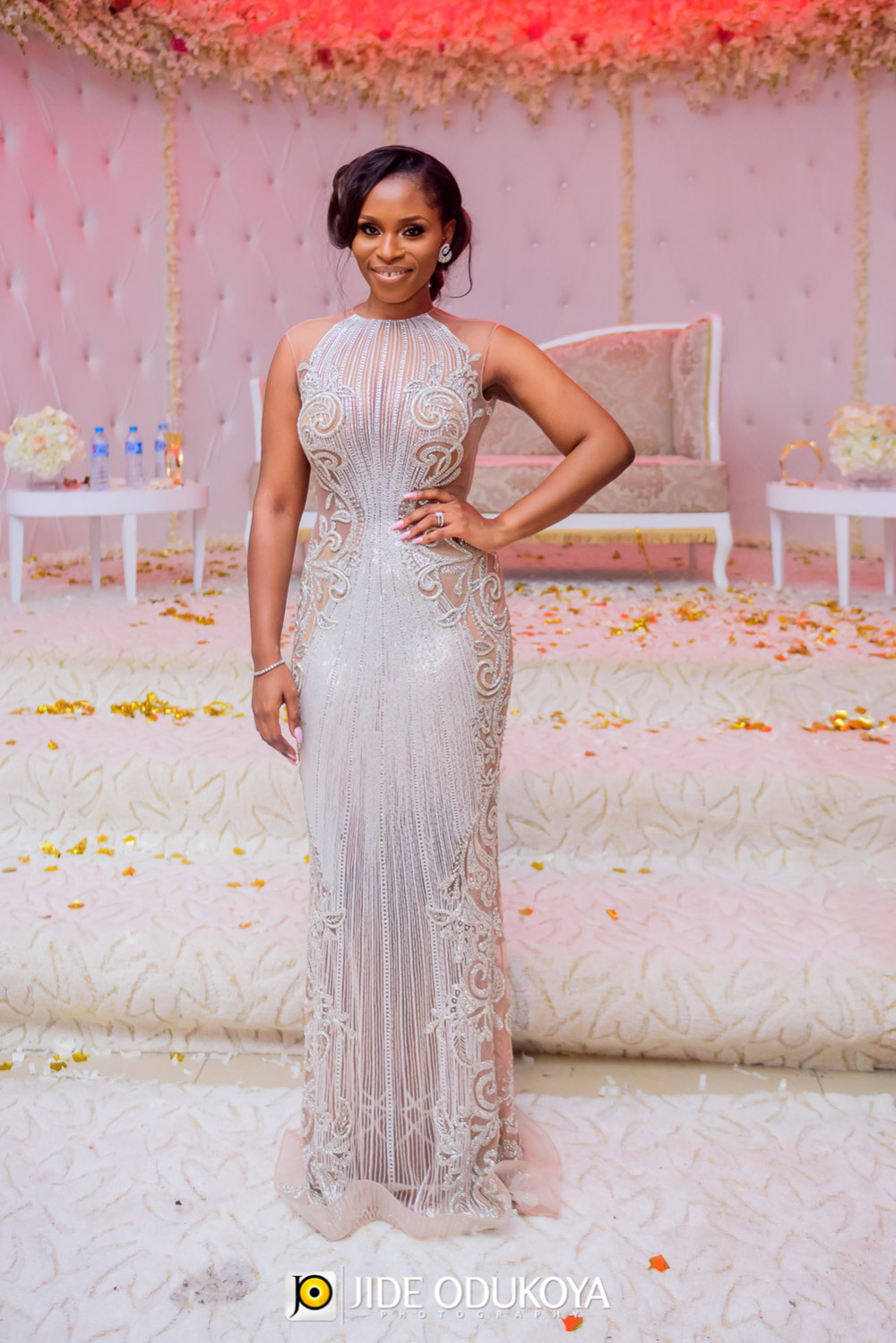 What you didn’t know is that for the 2016 Billboard Music Awards‘ pink carpet, celebrity artist and style diva, Kelly Rowland was also spotted hitting all the right notes in this body hugging and equally complimenting number. 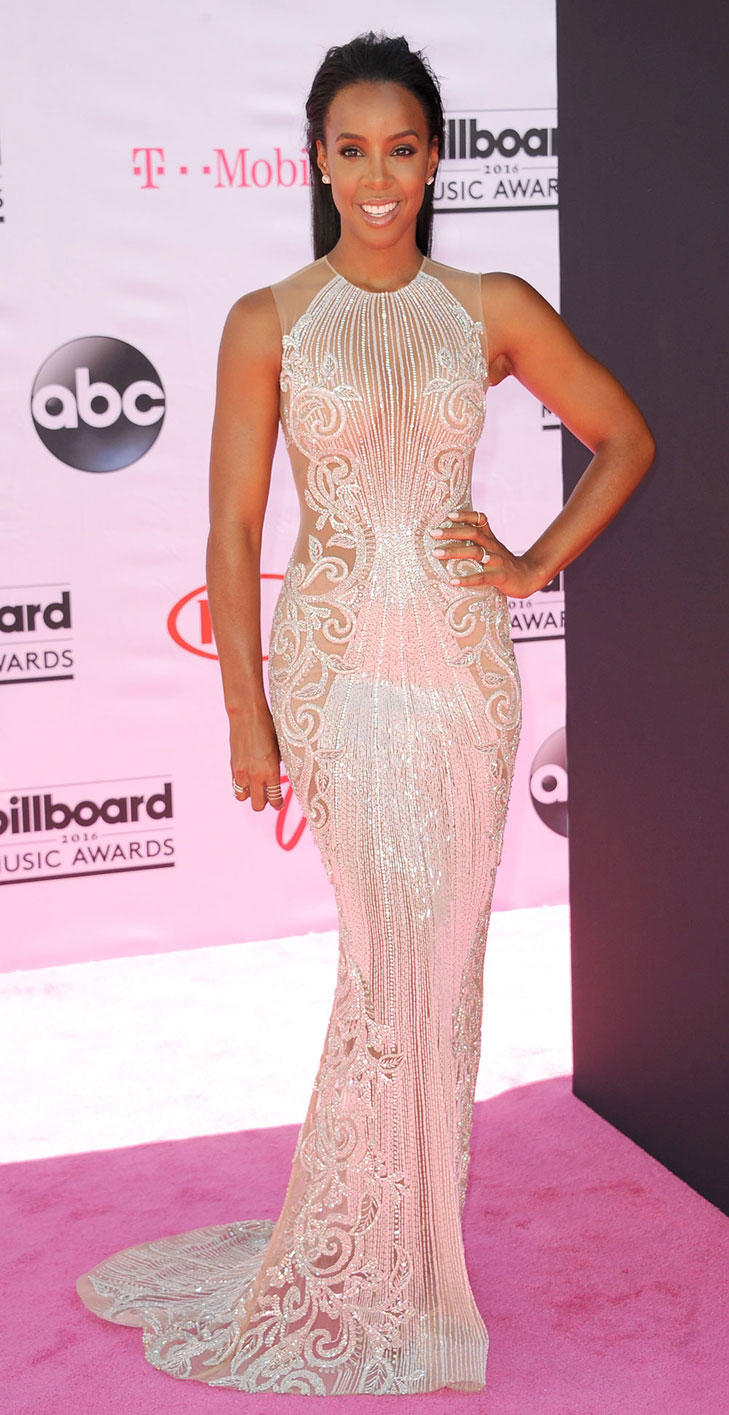 For her part, Kelly amped up the effect with an equally alluring Jimmy Choo clutch and her hair, laid all the back to the back.

Both ladies rocked the outfit to perfection! So Bellanaijarians, pick your Fave!