With One Africa Music Fest London already boasting the biggest line-up of African stars to perform together on one stage in Europe, festival organizers Upfront and Personal Global Management Consultants (UPGMC) are not resting on their laurels, as they are proud to announce that Epic Records/Wondaland recording artist Jidenna and one of Africa’s biggest and most influential star Ghanaian rapper Sarkodie are confirmed to join the One Africa Music Fest London line-up, alongside Davido, Tekno, Tiwa Savage, P-Square and The Compozers plus more on May 13! 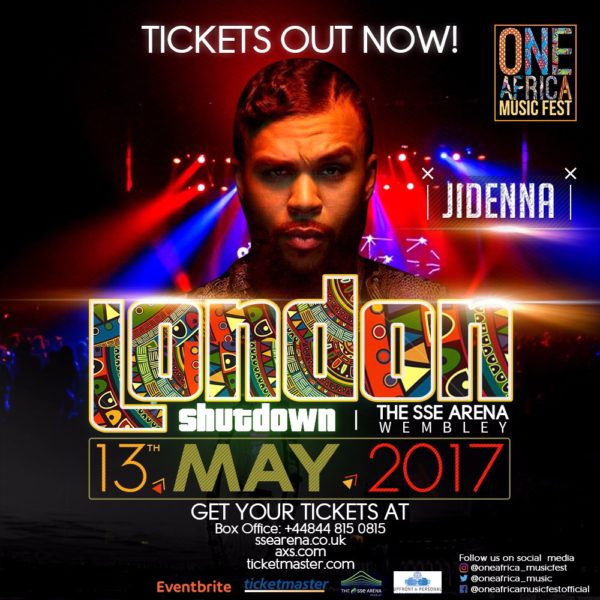 One Africa Music Fest, the world’s biggest Afrobeats festival, makes its debut in the UK on the back of two sold out shows at New York’s Barclays Centre (19,000 capacity) and Houston’s Toyota Center (18,000 capacity) last year, which saw huge performances by Wizkid, D’banj, Jidenna, Flavour and Seun Kuti, and was attended by US celebrities Swizz Beatz, DJ Ebro, Lil Mama, Angela Simmons and more. The event was also streamed live on Tidal and supported by Hot 97, VIBE Magazine and Okayafrica. 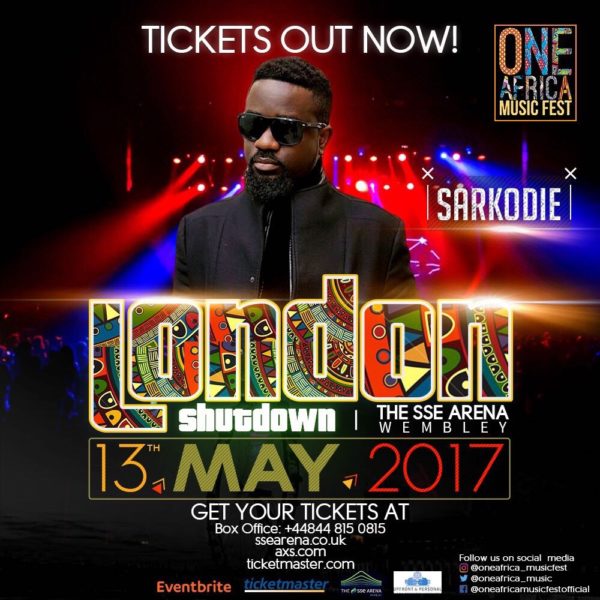 The London extravaganza on the 13th of May, hosted by Nigerian singer and actor Banky W, with Capital Xtra’s Abrantee Boateng as the official UK DJ, will be the first Afrobeats event of this magnitude in Europe, and is poised to be the biggest African music festival, and the number one platform to showcase African music and culture to mainstream and diaspora audiences across the world.