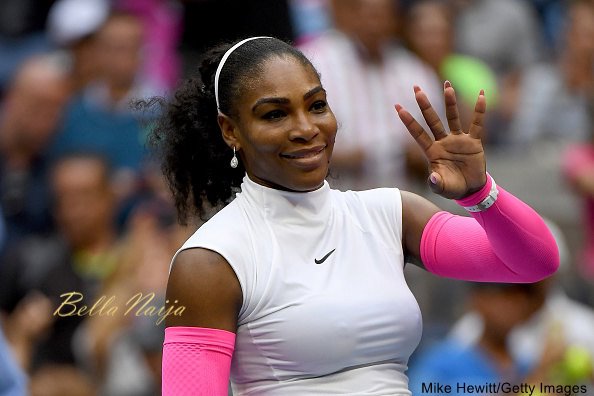 Tennis superstar Serena Williams has been confirmed pregnant after sharing a picture of her baby bump on Snapchat yesterday.

According to NAN, The confirmation came hours after Williams, due to regain to the No. 1 world ranking next week, took a selfie in a yellow one-piece swimsuit on Snapchat with the caption: “20 weeks.” Williams deleted the photo shortly after it appeared and waited more than six hours to make any public comment.

“I’m happy to confirm Serena is expecting a baby this fall,” Los Angeles-based publicist Kelly Bush Novak said. She added that the world’s highest paid female athlete intends to sit out the remainder of the 2017 season and return next year after delivery.

Days ago, Serena seemed to stir and quell speculation about impending motherhood with an Instagram post praising a newly published guidebook for new mothers by former Destiny’s Child singer Kelly Rowland, adding in the caption: “One of these days I hope to apply this (but for now I’ll stick to my dog Chip).”

If Williams is indeed 20 weeks pregnant, that would mean she was approximately two months pregnant when she captured her record 23rd Grand Slam tournament singles title at the Australian Open in January.

Her victory over her older sister Venus Williams broke a tie with Steffi Graf for the most Grand Slam singles championships in the sport’s modern era. Serena however, has not played since then as a result of a knee injury.

Do You Need a Service Provider? Kwik Errands is Your One Stop for Competent & Reliable Employees