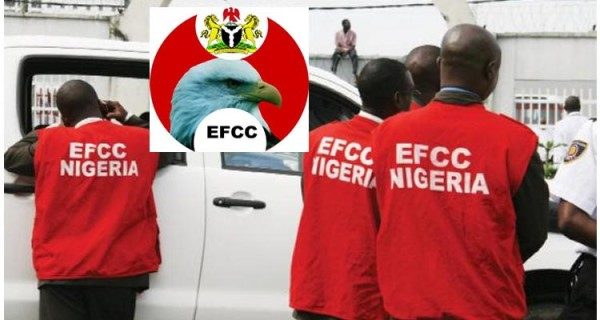 Operatives of the Economic and Financial Crimes Commission (EFCC) have discovered another N4bn suspected to be proceeds of crime.

The discovery followed a tip-off by a whistleblower.

The EFCC said investigations as to the owner of the funds revealed that the money belongs to a former deputy governorship candidate in Niger State.

Each of the company has N2bn fixed in its deposit account domiciled in Guaranty Trust Bank.

The suspected owner of the account and the account officer are currently on the run,” EFCC said.

This discovery came one day after a whistleblower led EFCC operatives to intercept a cash haul in various currencies at the popular Balogun Market in Lagos.

The total haul was about N250m at the prevailing exchange rate at the parallel market.

The interception followed information that about N250 million cash was being moved somewhere in the market for conversion into foreign currencies by unidentified persons.

Operatives responded timely, met the money in Bureau de Change office, but a chunk of it had been converted into Euro and Pounds sterling.

The BDC operators found in possession of the monies claimed they were acting on behalf of their boss who sent the money  to them from one of the Northern states in Nigeria.

Last week, another whistle-blower led the EFCC operatives to a huge cash kept in bags at a Bureau de Change in LEGICO Plaza in Victoria Island in Lagos.

“There was no money found in shop 67, but in shop 64, heaps of Ghana-Must-Go bags were found on the floor of the shop. When the bags were unzipped they were found to contain bundles of Naira notes totalling N448. 85million”, said EFCC Lagos spokesman Sam Amadin.

Related Topics:Economic and Financial Crimes Commission (EFCC)Whistleblower Policy
Up Next

If Lepacious Bose Can, You Can! Get the EZ Slim Easter Promo Pack with More Tablets at the Same Price | Offer Valid till Sunday, April 30th