Nigeria highest grossing movie ever, The Wedding Party is set to continue the shoot of its sequel in Dubai. Revealing this on their official website, Ebonylife TV reported:

The rumours that have been swirling around for months have finally been confirmed – Nigeria’s highest-grossing film, The Wedding Party, will be shooting scenes for a sequel in Dubai. Stars of the hit film begin arriving in the emirate on May 11 for a two-week schedule.

Executive producer, Mo Abudu revealed her excitement at the experience:

Ever since Dubai Tourism partnered with us on the Grand Premiere of The Wedding Party, it’s been my dream to bring the sequel here. We weren’t sure if it was going to be possible, but the amazing success of the movie made it more likely and Dubai Tourism came through for us, along with Tour Brokers International and Wontra Travel. With a great script by Naz Onuzo, an experienced director, Niyi Akinmolayan, the original cast and the beautiful sights and sounds of Dubai, we think we may have a bigger blockbuster on our hands.

Destination Dubai brings us up to date with the newly-married couple who are now expecting a baby. Is reformed bachelor Dozie ready for this? Felix and Obianuju are still working on their relationship – but has he given up ‘Small Chops’ for good? Everyone’s favourite character, ‘Tin-Tin’, is up to her usual hilarious antics, while being indulged by her beloved ‘Bam-Bam’. Will crazy best man Sola succeed in getting close to the feisty Yemisi and does Nonso go all the way with Deardre, after that surprise kiss at the end of the last movie. And, of course, there is another wedding. Who will it be this time and why are they all in Dubai?

The fun and intrigue play out against the backdrop of Dubai’s most jaw-dropping locations and the characters get to sample the Nigerian visitor’s favourite pastime – shopping. Even for movie fans who have visited before, it promises to be a revelation of Dubai’s best attractions and most elegant hotels, including Atlantis, Armani, Palazzo Versace and the Ghaya Grand. The film is also supported by Diageo and its premium brands

In an all-out attempt to broaden the appeal of this much-anticipated sequel, the producers, The ELFIKE Collective, have added a number of popular Nollywood stars and personalities, including Patience Ozokwo aka Mama G, Chigul, Seyi Law and Elenu, and international cast members. With scenes shot in Lagos, London and Dubai, the film promises to be a visual feast. 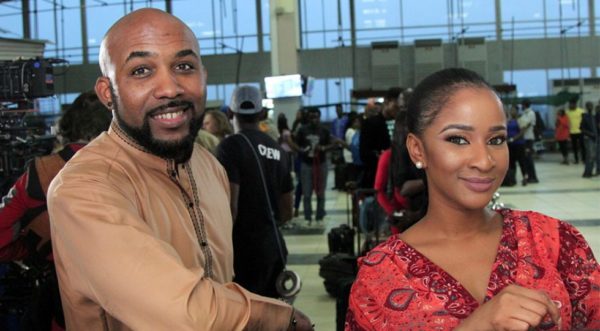