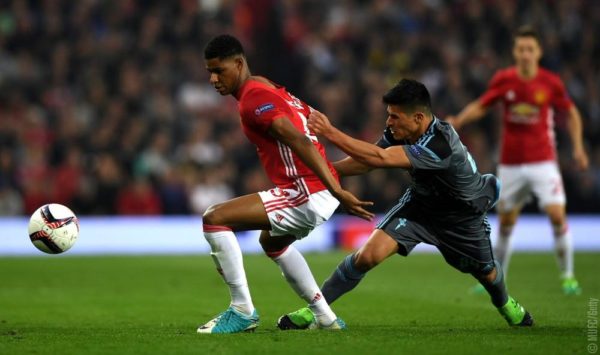 The English Football League Cup winners went into the match with a 1-0 lead from the first leg in Spain and took a vital lead at the Theather of dreams after Marouane Fellaini headed home Marcus Rashford‘s cross.

But Celta, needing two goals, levelled on the night through Facundo Roncaglia to set up a tensed final few minutes.

United’s Eric Bailly and Roncaglia were sent off after a mass brawl as the hosts joined Ajax in the final.

The aggregate victory took the Red Devils a step closer to their first ever Europa League triumph and a return to the UEFA Champions League.

They will meet Ajax, who beat Lyon 4-5 on aggregate in the other semi-final, in Stockholm on 24 May.