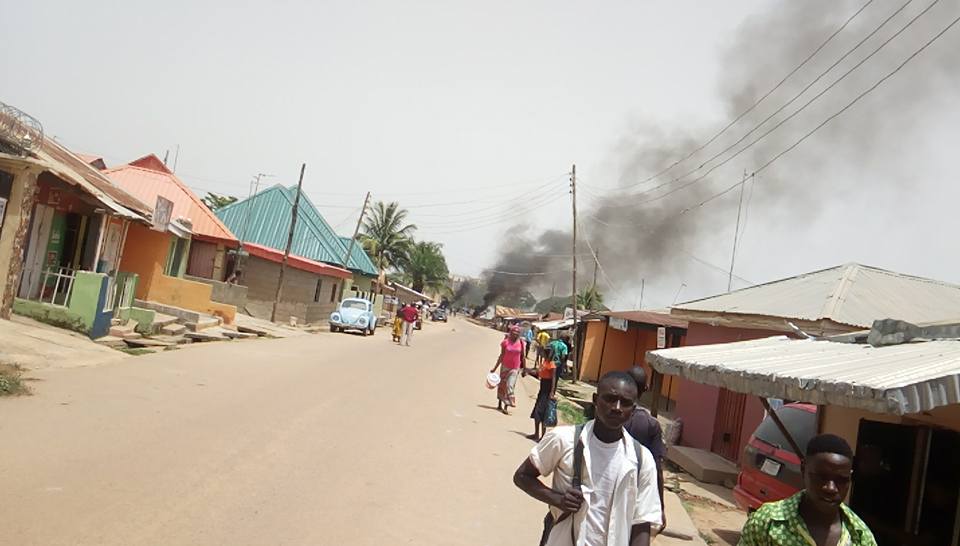 A boy was shot dead in Kaduna, in front of Command Secondary School, Command Junction, by Sabo Express Bus-Stop, Kaduna.

The boy, identified as Sunny, was said to be packing sand inside a gutter when the soldier ordered him to stop.

The boy was said to have pleaded with the soldier and upon refusal had advanced toward the soldier who then shot him dead.

Chaos soon ensued, with youths in the area blocking the road and protesting his death. A Facebook user claimed death toll has risen to six.

The Kaduna State Police Command has said normalcy has been restored in the area.

Deputy Commissioner of Police, Abdulrahman Ahmed said a vehicle of the the joint security outfit “Operation Yaki” was burnt by the irate youths who trooped to the street demanding justice.

“The situation is now very calm,” Ahmed told newsmen in his office, adding that the roads earlier blocked by the youths have been cleared and were now motorable.

The DCP disclosed that the body of the deceased had been taken to the mortuary, as investigation continues.

Meanwhile, the 1 Division, Nigerian Army, confirmed that its soldier had fired on some youths suspected to have encroached into the school and one of them was hit and died on the spot.

“The matter is being investigated and details will be made available as they become available. The General Officer Commanding appeals to law abiding citizens to remain calm and go about their daily lawful duties,” a statement signed by the Division’s Spokesman, Col. Kingsley Umoh said.