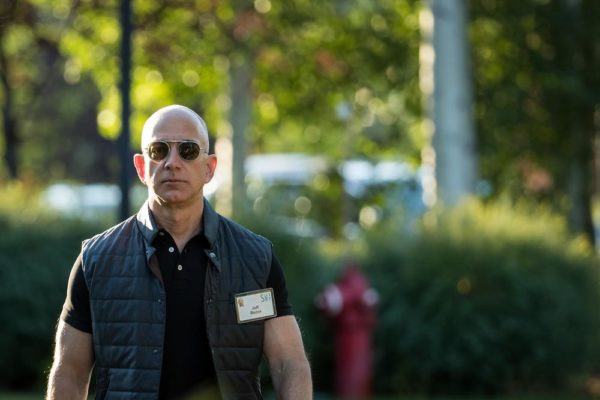 CEO of Amazon Jeff Bezos has, according to Forbes, become the richest person in the world after stocks of his company rose 1.6% on Thursday.

Forbes had reported Wednesday night that Bezos was less than $1bn away from being the richest person in the world.

Bezos’ net worth had increased by $2.5bn this week alone, with stocks of his company rising 3.6%.

Bezos quit his job at a hedge fund to start his online bookseller in a garage in Seattle in 1994.

He first featured on the 400 richest Americans list in 1998, a year after Amazon went public, with a $1.6 billion fortune.

Forbes reports that Bezos would be nowhere close to being the world’s wealthiest person had Gates not given so much of his fortune to philanthropy.

Bill Gates is back on the number one spot as the world’s richest person.