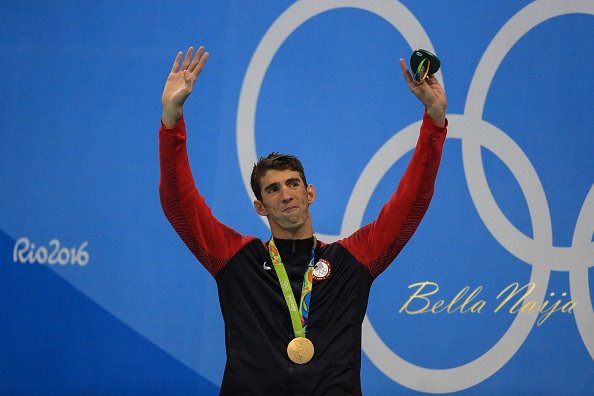 Although fans had expected Phelps to race a real shark, he ended up racing a computer generated shark – and lost.

Scientists had collated swim speeds of sharks and with it generated the computer generated one, as they rarely swim in a straight line.

Phelps employed the use of a “monofin” and a 1-millimeter think wetsuit, to try to defeat the shark

The shark swam 36.1 seconds, while Phelps, in the open sea off the coast of South Africa, was close with 38.1. 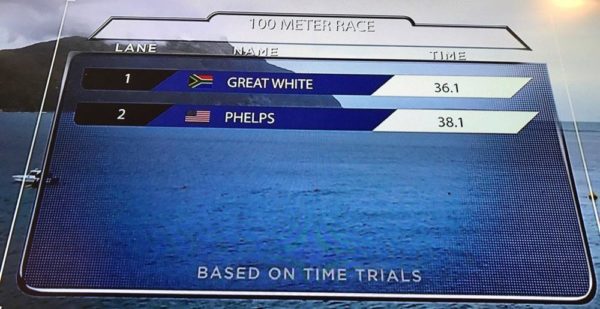