I cannot be embarrassed by my father's dancing - Sina Rambo 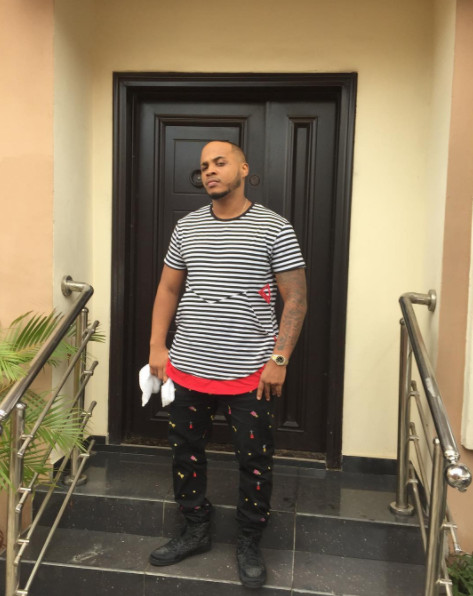 Singer Sina Rambo, the son of newest member of the Upper Chamber Ademola Adeleke has said that his father’s dance moves made people call him Jackson, in reference to late pop icon Michael Jackson.

He added that he cannot be embarrassed by his father’s dancing.

Adeleke became a viral sensation after a video of him dancing surfaced on the internet.

Adeleke won the Osun West bye-election after his elder brother Isiaka Adeleke, who occupied the position died of mysterious circumstances earlier in the year.

When the spirit of the Lord comes upon my heart, I will dance like David danced. Ashamed? I cannot be embarrassed with the way my father danced. Look, my father will not change for anything! He’s been dancing since the 80s or why do you think they call him Jackson?

Trust me at every family party, we dig it out but he ends up winning because he just never stops. Jackson! Baddest.

But don’t be misled; he is a man of extreme wisdom who knows how to conduct himself at all times. There is time to celebrate and there is time to work. I’m sure he will definitely do a great job serving his country to the best of his ability.

“My gift from God, watching over me” – Osinbajo celebrates wife Dolapo on her birthday

Woman stages own kidnap to scare husband into relocating her to U.S