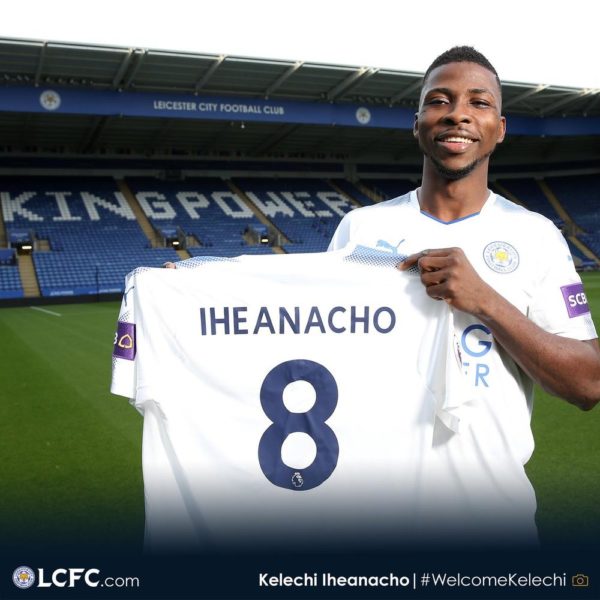 The 20-year old forward signed a five-year deal at the King Power Stadium for a fee reported to be €28 million, which makes him surpass Odion Ighalo‘s 7-month record as Nigeria’s most expensive player of all time.

Before Ighalo had the honour of being the most expensive Nigerian player, it was previously held by ex-Chelsea midfielder John Obi Mikel for eleven years after the Blues splashed out €20m to secure his services from Lyn Oslo.

The third and fourth most expensive transfers involving Nigerian players were completed in the last thirteen months by Leicester City who signed Ahmed Musa and Wilfred Ndidi for €19.5 million and €17.6 million respectively.

Taribo West still holds the record for the costliest Nigerian defender in history spanning 20 years following his €12 million switch from Auxerre to Inter Milan in June 1997.