Inspiring! This Teen Boxer fought for the Right to wear Hijab in the Ring 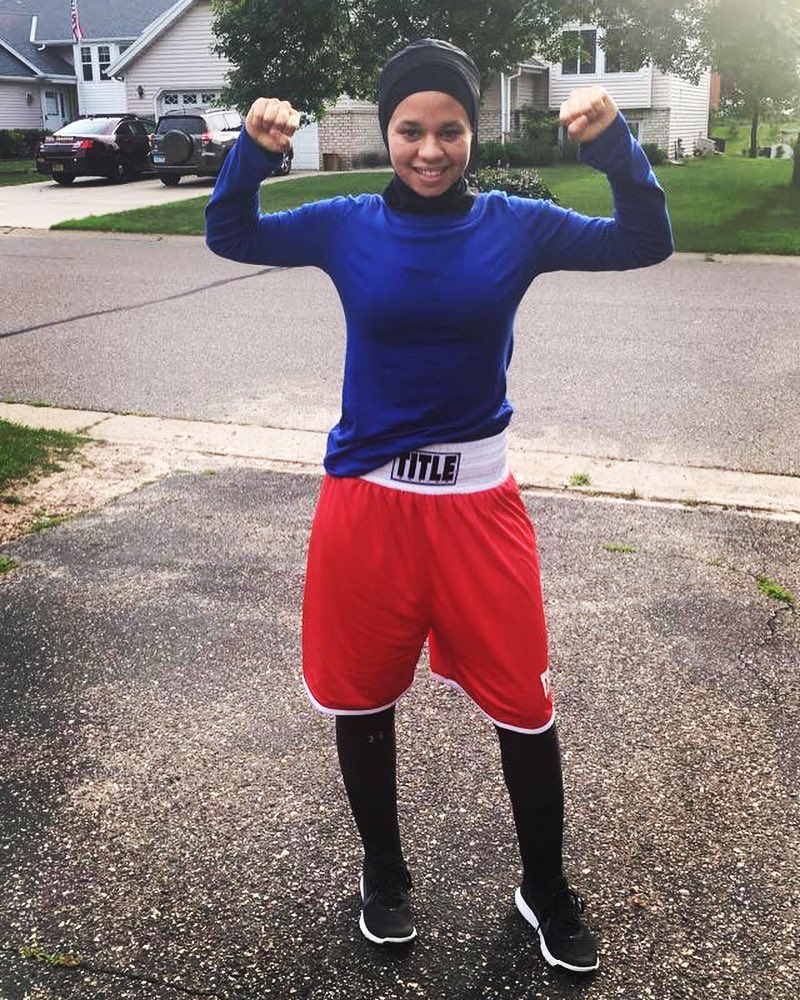 Teenage boxer Amaiya Zafar from Oakdale, Minnesota is the first  in the history of U.S. Boxing to fight with her hijab.

In November 2016, 16-year old Amaiya traveled from Minnesota to Florida to fight in her first ever competitive bout, but forfeited the match even before she stepped into the ring because she was told to remove the hijab, long sleeves and leggings she had on.

She however continued to press for her right to fight, pointing at USA Boxing‘s inability to provide reasons for the rules barring covering of body during bouts.

Amaiya finally got her chance on the 29th of April this year as she was permitted to fight Isabella Hendrikson at the Richard Green Central Gym in Minneapolis.

Although she lost the fight in a third-round split decision, she has made her mark in the U.S. boxing game and paved the way for others.

Has Senator Rabiu Kwankwaso decamped from APC to PDP?