We love celebrating amazing people and that’s what Time Magazine is also doing with this brand new project, Firsts: Women Who Are Changing the World.

See the full list of women featured in the project below. 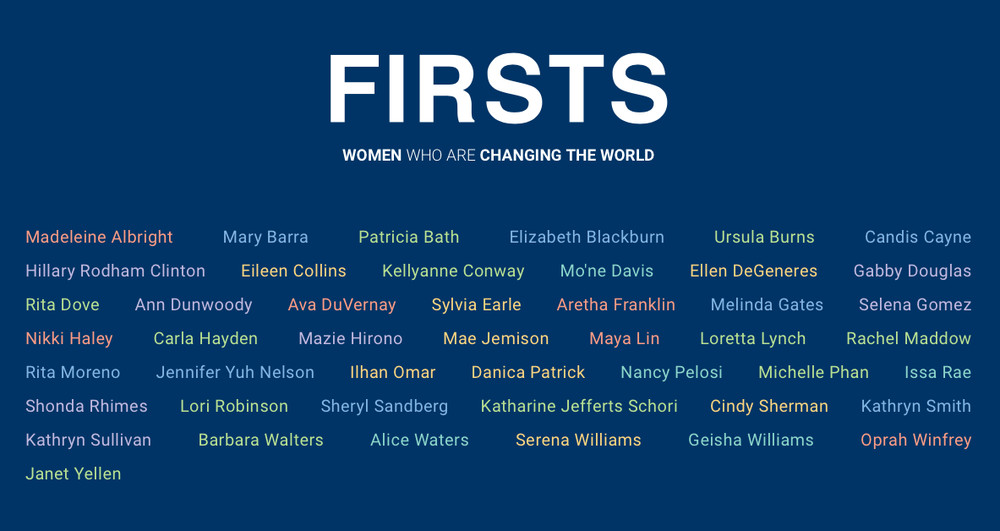 For the project, several amazing women were selected for being the first to reach different milestones.

12 of the women were featured on the cover of the magazine’s latest issue and they are – Hillary Rodham Clinton, Ellen DeGeneres, Oprah Winfrey, Selena Gomez, Ava DuVernay, Sylvia Earle, Nikki Haley, Ilhan Omar, Lori Robinson, Katharine Jefferts Schori, Mo’ne Davis, and Janet Yel. Amazingly, these 12 women were photographed for the cover  by Brazilian photographer Luisa Dörr with her iPhone.

First woman to own and produce her own talk show

First woman to win a major party’s nomination for President

First woman to be elected presiding bishop of the Episcopal Church

Talking about the project, editor-in-chief of Time Nancy Gibbs says:

Our goal with this extraordinary project…is for every woman and girl to find someone who moves them, to find someone whose presence in the highest reaches of success says to them that it is safe to climb, come on up, the view is spectacular. They were candid about their challenges, aware of their responsibilities, eager to tell the stories that will surprise and inspire. We hope everyone, at every life stage, will encounter an insight here that will open a door to new ambitions

See some more faces from the project below.

For more from the women, visit Time.com.

Be Happy for Others