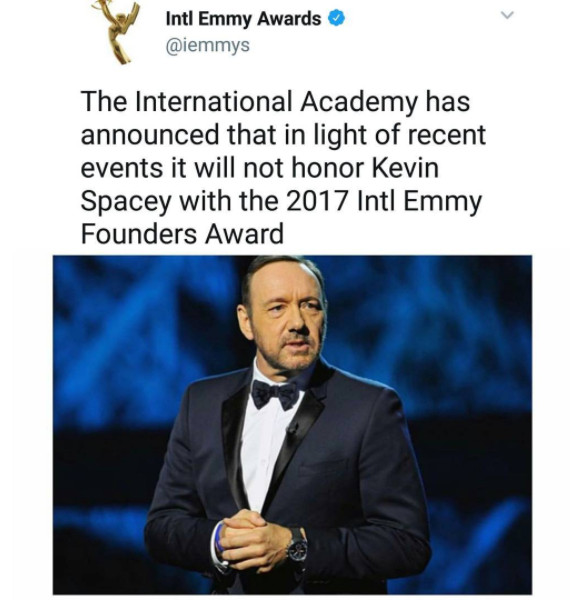 The International Academy of Awards has said it will no longer honor House of Cards star Kevin Spacey with the 2017 International Emmy Founders Awards.

This is coming after the actor said he was “beyond horrified” following his colleague Anthony Rapp‘s allegation that he (Spacey) sexually abused him in 1986 when Rapp was 14.

Spacey had said he couldn’t remember the incident since he was drunk, adding that he owes Rapp his “sincerest apology” for whatever way he had acted.

Netflix had earlier announced that it will be ending House of Cards with a 6th season in 2018, but said it had nothing to do with Spacey’s misconduct, adding that the decision was made in the summer of 2017.