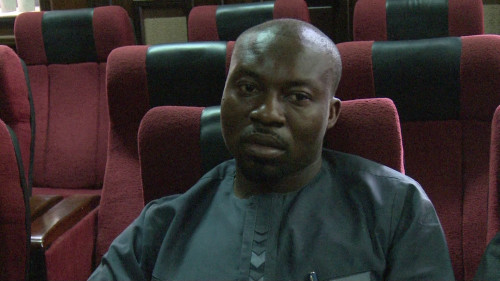 Dariye has been charged to court on 6 counts of money laundering.

Dariye had reportedly failed to report a cash transaction of ₦1.5 billion received from Apartment le Paradis, a hotel where he is listed as Director.

The amount is said to be above the limit of ₦10 million, while the hotel was not registered as Designated Non-Financial Institution (DNFI).

That you, Nanle Miracle Dariye, while being a Director of Apartment le Paradis Limited and Apartment le Paradis Limited on 28th day of March 2013 in Abuja within the Jurisdiction of this Honorable Court did commit an offence to wit: Failure to report within 7 (seven) days, a cash transaction in the sum of N551,555,428.50 (Five Hundred and Fifty One Million, Five Hundred and Fifty Five Thousand Four Hundred and Twenty Eight Naira, Fifty Kobo) paid to Apartment le Paradis Limited BY BGL Securities Ltd vide your First Bank Plc Account No 2014165731 on 28th day of March 2013 which is above the threshold of N10,000,000 (Ten million Naira) and you hereby committed an offence contrary to Section 10(1) of the Money Laundering (Prohibition) Act, 2011 as amended and punishable under Section 10 (3) of the same Act.

Dariye pled not guilty to the charge.

Related Topics:Economic and Financial Crimes Commission (EFCC)Joshua Dariye
Up Next