"We are not Rapists": Taxify Drivers hold Protest in Lagos

Taxify drivers are currently protesting around Lagos, carrying placards with inscription “We are not rapists,”  “We are not kidnappers,” “We are partners in this business,” “No driver partners, No Taxify, No Uber, No Riders,” “We need respect from riders,” among others.

The protest is coming on the heels of recent events where actress Dorcas Shola Fapson accused a driver of attempting to kidnap and rape her. The driver, in his response, claimed she refused to set her destination, and that resulted in a fracas between both of them with the actress using pepper spray on him.

The driver, through his lawyers, had also threatened to sue her for defamation of character if she doesn’t issue an apology.

See photos and video of the protest below: 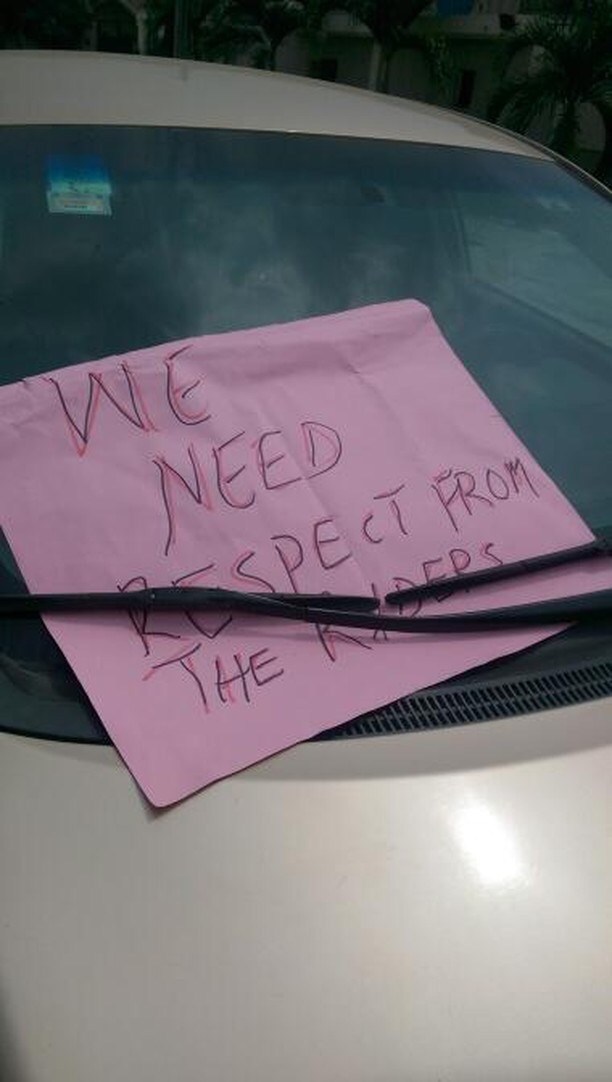 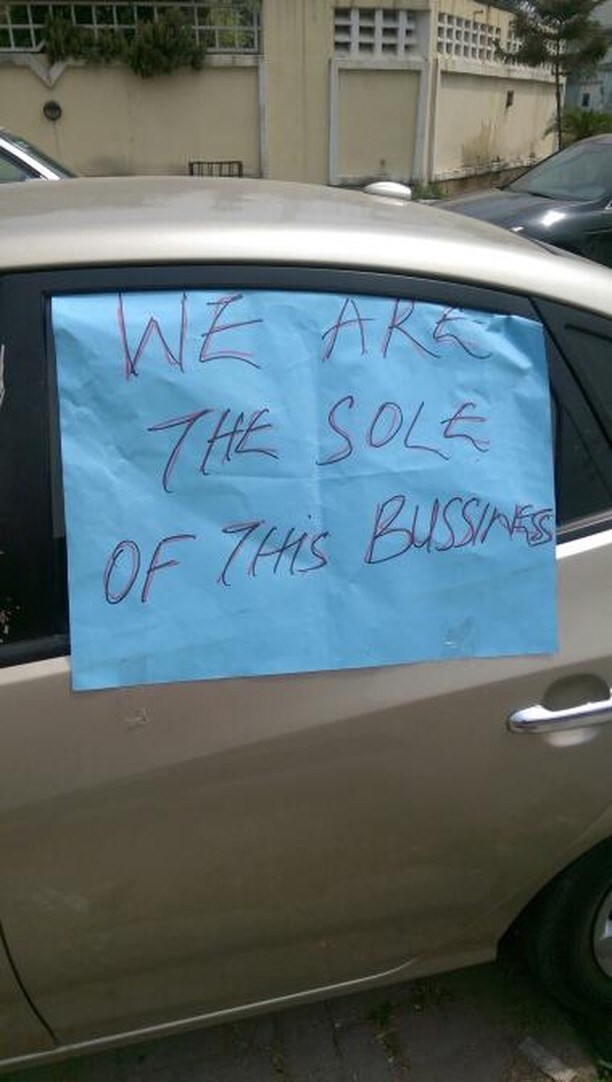 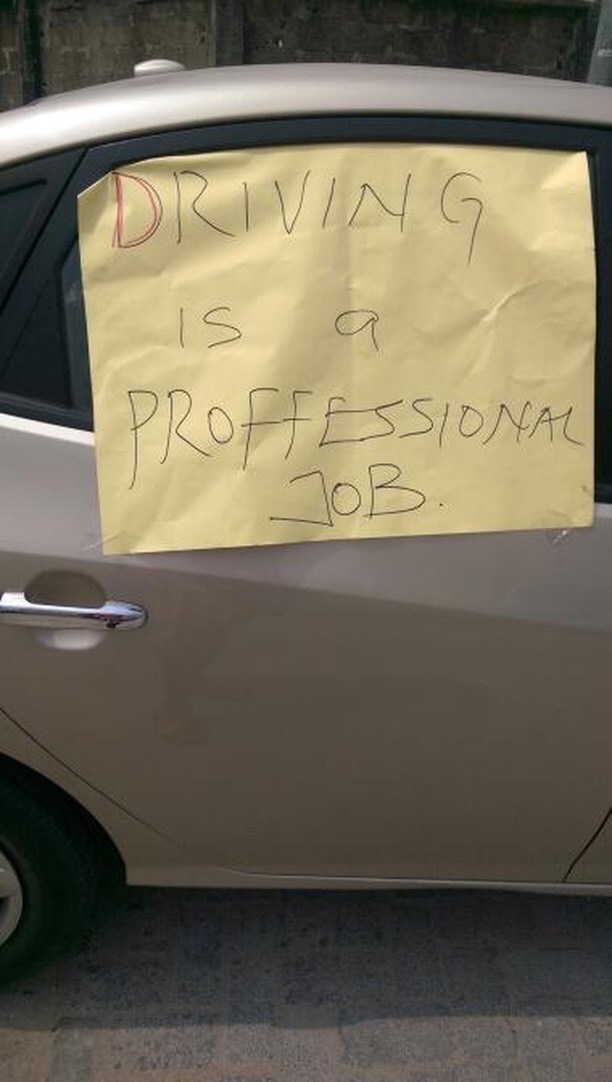 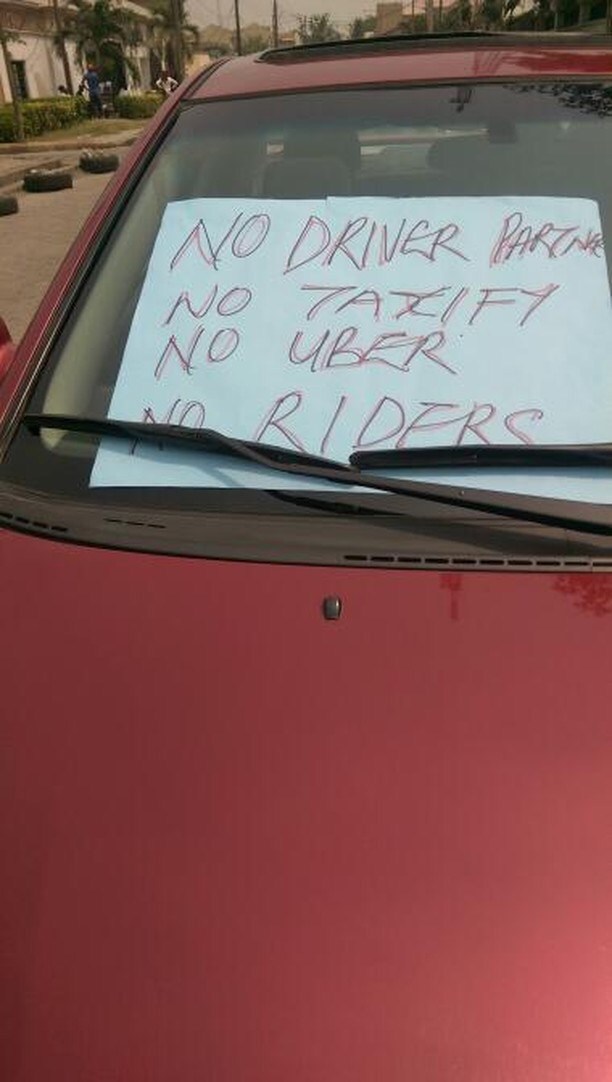 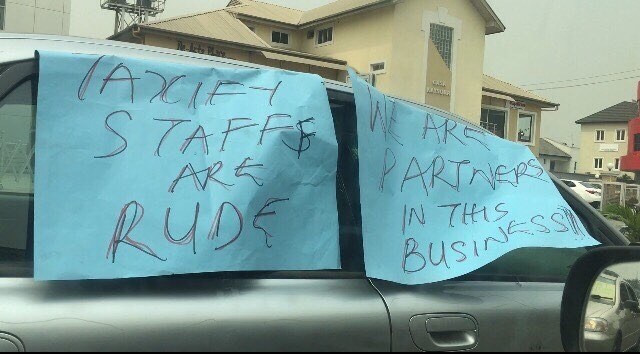 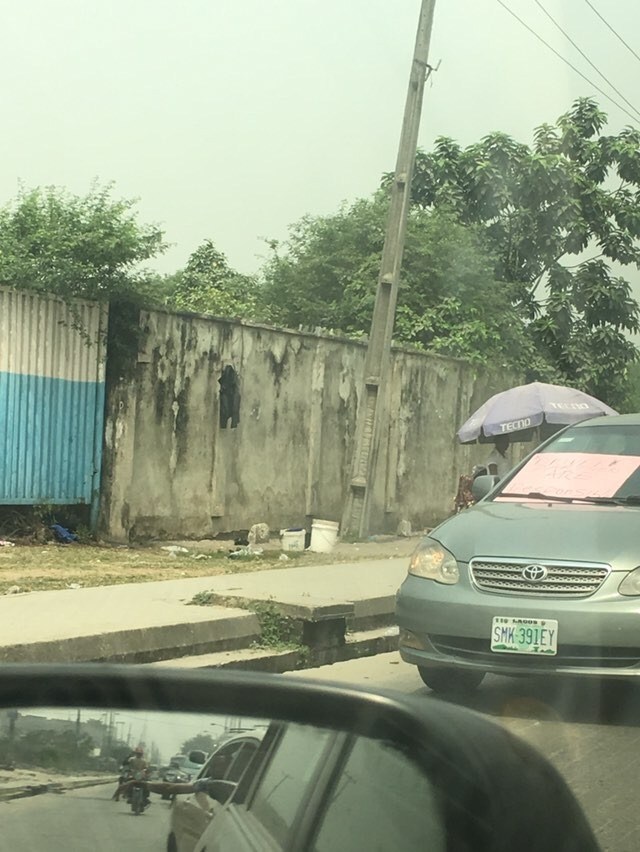