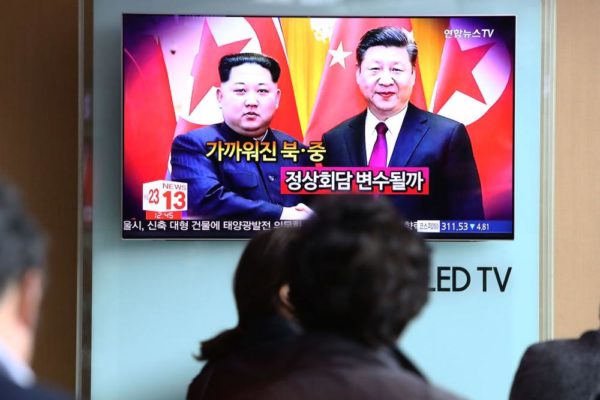 North Korean leader Kim Jong-un made his first ever trip outside the borders of his country since taking office, visiting China, Punch reports.

Kim met with Chinese president Xi Jinping in Beijing at his invitation, ahead of his meeting with South Korea and U.S. leaders.

Speaking at the banquet, Kim said he’s had successful talks with Jinping, and their relationship is a strategic and “only right” choice. He said:

I have had successful talks with General Secretary Xi Jinping on developing relations between the two parties and the two countries, our respective domestic situation, maintaining peace and stability on the Korean Peninsula, and other issues.

Both Comrade Chairman and I have personally experienced and witnessed the development of China-DPRK relationship.

This is a strategic choice and the only right choice both sides have made based on history and reality. This should not and will not change because of any single event at a particular time