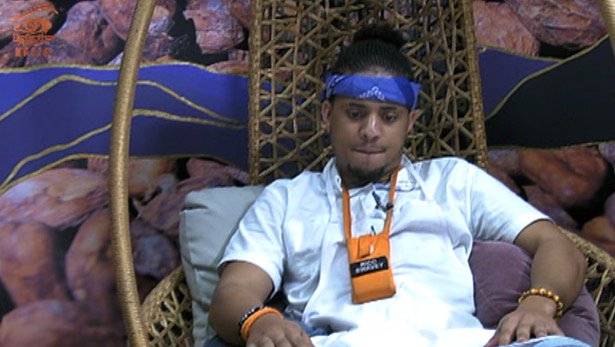 Did you watch day 65 of the Big Brother Naija 3 reality show?

The Die is Cast

Tearing a Strip Off

With Khloe winning the Head of House for the second time, Biggie used the opportunity to remind Housemates of a few key housekeeping rules.  Calling on Tobi, Miracle and Cee-C, he asked the first two to show him their Nokia t-shirts and grilled them about their neglected state. Tobi denied having made any changes to his t-shirt and Miracle confessed he had cut the sleeves off his.  Yet it is for Cee-C that Biggie reserved his ire. Biggie clearly approved of the creativity in the House but deplored Cee-C’s attitude for her outfit represented a part of Nigeria. Biggie said that her rudeness was not welcome at all and was a sign of ungratefulness towards those who provided her with such gift. It was about time, for Cee-C looked knocked for six and kept mum.

Shortly after the Nominations that saw two third of the House up for Evictions, Housemates were called into the Diary Room. As for the previous sessions, Housemates opened up about their true motives, likes and dislikes over the previous days. All seem to agree that the live band that played during the Saturday Night Party was one of Biggie’s best ideas. Meanwhile Alex, Khloe and Lolu had prepared another Truth and Dare game that they were intent on their peers to play. Courtesy of the drinks Biggie poured in the House, crispy revelations did emerge.

After having a heart to heart about their feelings, Lolu confessed to Anto that he could lose his mind she’s not part of his life. Quoting from a movie scene and being lyrical about his choice of words it was just a matter of time before the duo were locked in kissing mode. The kiss went on for a while, which only explains it had meaning.

Barely weeks since Khloe returned to the House and vowed to keep the Housemates awake, has failed to keep her promise.

In her welcome back interview on stage, she voiced her frustration towards how the Housemates enjoy sleeping during the day and was certain they wouldn’t find peace in her presence.

Not a day goes by without the Housemates sleeping during the day and it has somehow become a part of their daily routine.

Even though Khloe has been back for a while, the Housemates have continued with their Midday naps and she hasn’t shown any effort or voiced her concern regarding the issue, instead she has also joined in.

In trying to find out what could the reason for the everyday napping, one could reference to the fact that the Housemates normally go to bed very late or it could be that they are just bored.

Apart from the workout in the morning, the Housemates have been doing nothing and it’s only fair to accept that doing nothing can also be tiring, hence settling for the naps.

If after two weeks of being back in the House and no action has been shown by Khloe, is it safe to conclude that sleeping during the day will continue until the very end?

The question however remains, why isn’t she keeping her promise or why is she also part of the sleeping crew when she’s made it clear that she doesn’t like people who sleep during the day?

She’s Out of Your League

She Will Break You

Anto returned to great acclaim into the House, and did not waste time setting Lolu straight for all that she had learned about him on the outside. For all the prose and pleading that Lolu could ever come up with, there was nowhere for him to escape her wrath. Anto made it clear that she had no intention to trust him again, yet broke into pieces as she admitted to Biggie that her feelings had been hurt. Since revenge is a dish best served cold, and there is plenty of fish in the Double Wahala House, Anto toyed with Tobi, like a cat would play with a mouse trapped in its paws.  They shared a bed and for a few days, Tobi was on a high from all her female energy, to Lolu’s utmost despair.

She Will Build You

As far as the eye can see, Anto and Lolu’s kiss sealed their complicity even tighter, as both seem to genuinely revel in each other’s company. All day long, Lolu was floating on a cloud, lending a helping hand to more Housemates than ever. While Anto was cooking, he kissed her on the back of her neck. If anything Lolu appeared to be completely smitten and mesmerized by his lady, who never took her doe eyes away from him.

She Will Bluff You

It may well be that having watched Lolu’s persistence pay off, Tobi has decided to chart the same course. As Lolu and Anto retired to bed together, Tobi asked if she was still up, to which she replied ‘yes with Lolu’ before he replied ‘okay, tomorrow then’ as Alex couldn’t help but add ‘Ode! I told you, you don’t have sense’. Later when Anto was in the kitchen looking for a potato peeler, Tobi clumsily offered her a sensual massage in response. Still he pushed the joke further by telling Anto – in presence of Lolu – how he wanted to paint her buttocks and stick them on the wall. Tobi might as well have put a foot in his mouth, for Lolu elegantly replied that he would be uncomfortable with that.

As the one and only Housemate to have never been caught in a quarrel, it would be fair to say that Rico Swavey knows a thing or two about surviving nineteen Double Wahala personalities.

Yet one cannot deny that Rico had had quite a miserable time with the females, and the return of Khloe seem to have stabilized his pursuit for attention. When he hugs Khloe she hugs him back, she returns in all manners the affection Rico has been craving. This has tremendously helped balance his game as he now has an emotional partner.

Just before Khloe’s return, it was Alex who had found herself the subject of Rico’s intense focus. Still as much as Alex has been quite demonstrative in her body language, for some reason she never took to Rico’s hugs. Rico was pursuing Alex to no ends, to the point she was starting to feel uncomfortable and voiced it to Biggie during a Diary Session. Before her it was Ahneeka who was the centre of Rico’s attention, yet again with no luck, as she kept him at bay.

It is true that Rico is cute, with an electric smile and soft-spoken manners. He was never perceived as a threat by the female Housemates, perhaps his hair styling and cooking talents may have contributed to it. Regardless when Biggie first paired the House, together with K.Brule they were the last guys to find a partner, which led them to feel like second best choices.

Like a silent volcano always in activity, Rico has contained himself very well. That he has made it this far is a testimony to his remarkable abilities to dodge all bullets. However with Khloe’s return, it remains to be seen whether she’s not using him as a clutch for her own game, which may well be cause for a volcanic eruption.

Have you been watching? What did you think of the Day 65 activities?