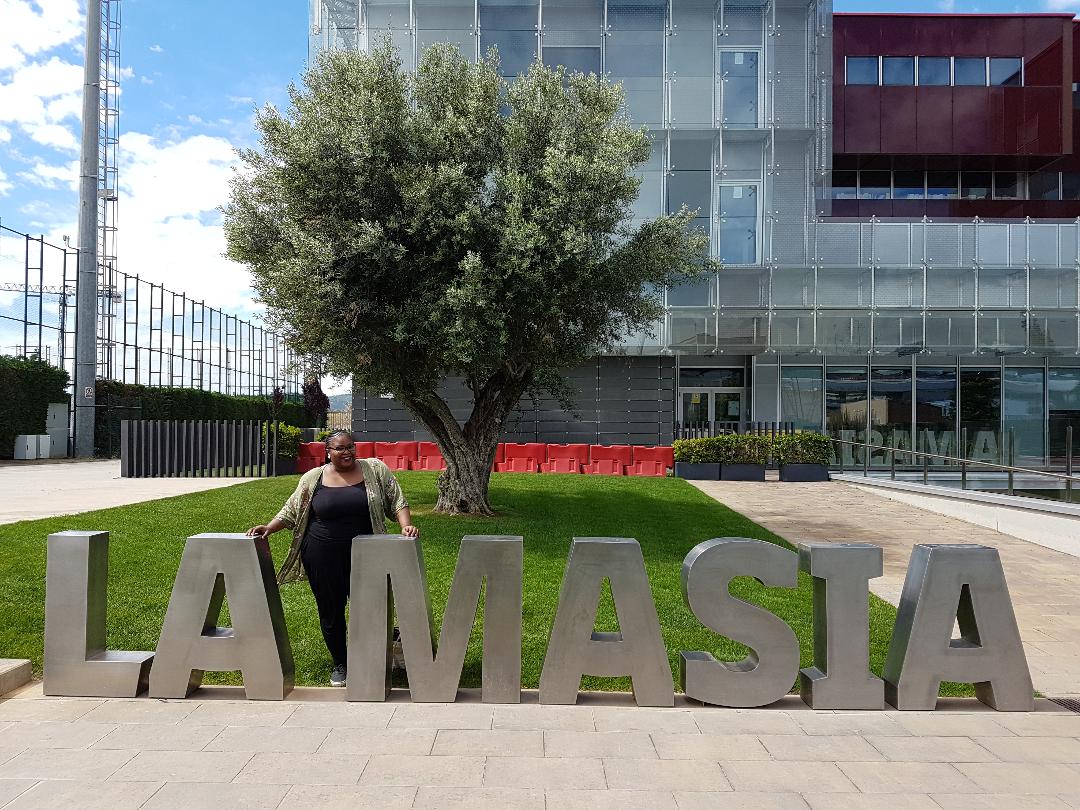 Binging on Almodóvar films and day dreaming about Jarvier Bardem whispering sweet nothings as he lustfully peers into my soul has been my closest encounter with Spain.

So, fantasising about fiery and passionate olive skin men aside, I never knew what to expect from this adventure.

It started with being whisked from Barcelona airport to a tour of La Masia, the famous sports academy that was home to players like Iniesta and Victor Valdez. La Masia is resident to about seventy-nine players from a variety of sports that include Handball, Football, and Roller hockey.

Along with seven hundred young people playing under the supervision of FC Barcelona and a meticulously crafted academic and sports curriculum, La Masia’s turf is engineered for breeding sports stars. 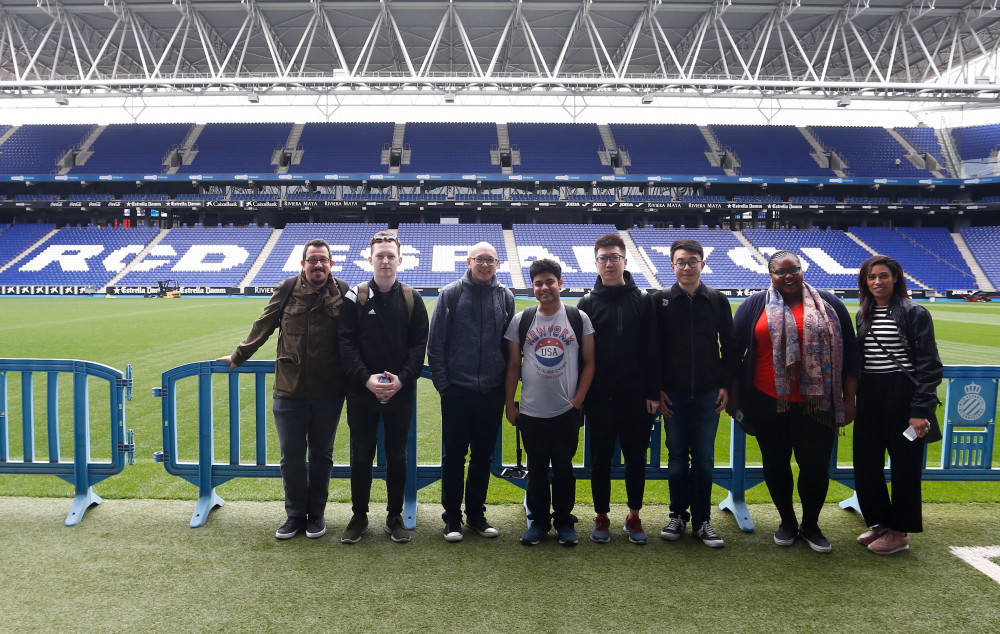 Another tour led us to Espanyol. A forty thousand-seater stadium with a sports museum that houses the entire history of the club from its jersey evolution to acquired silverware. Espanyol was where I really started to understand what football means to the Catalonians, not just as a sport but as worship.

We visited the memorial space where fans pay as much as five thousand Euros to deposit the ashes of their loved ones. The club organises a religious ceremony if required but certainly a rendition of the Espanyol anthem is a staple part of the commemoration ceremony.

As macabre as it may sound, sometimes fans purchase plaques ahead of time and so far, fifty ashes have been placed since the memorial space opened five years ago.

Weddings are also popular at Espanyol with couples insisting on a procession that begins through the tunnels onto the pitch in the same fashion as their favourite players. If there is a big match coinciding with the wedding ceremony, then a large television screen is installed at the reception, so no guest misses a kick.

It may seem like the stuff of telenovelas but as they say truth is often stranger than fiction. The Spanish live and breathe football from the day they are born till the day they die. Even the Barca stadium, Camp Nou sits between a maternity hospital and a cemetery. It is no irony that they live, and die by the beautiful game.

In Barcelona, it is impossible to talk about the football without the gastronomy culture. If you aren’t careful, you can very easily eat your way through Barcelona. 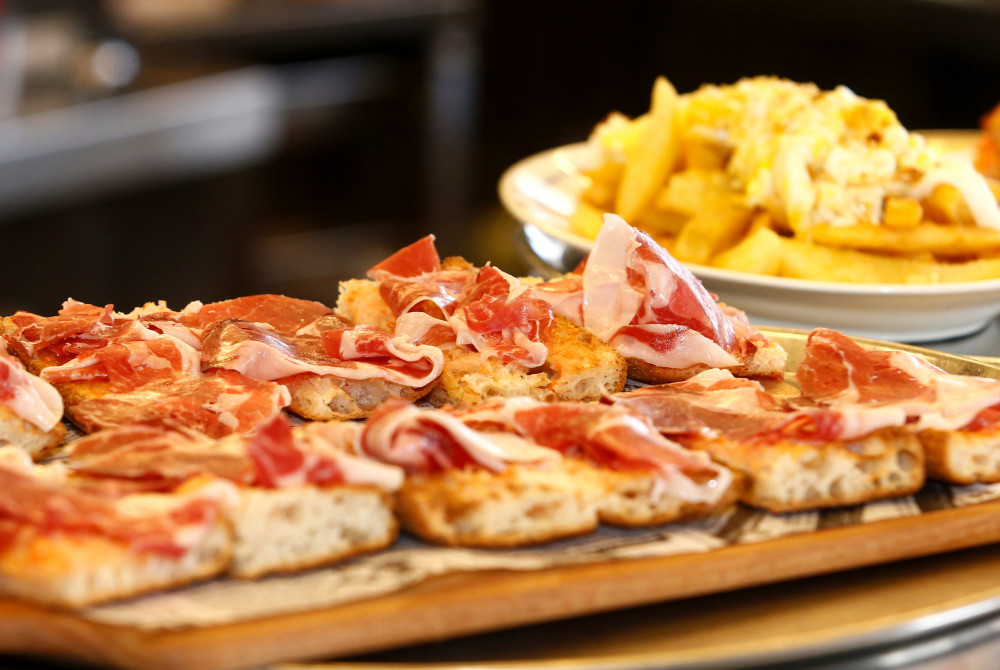 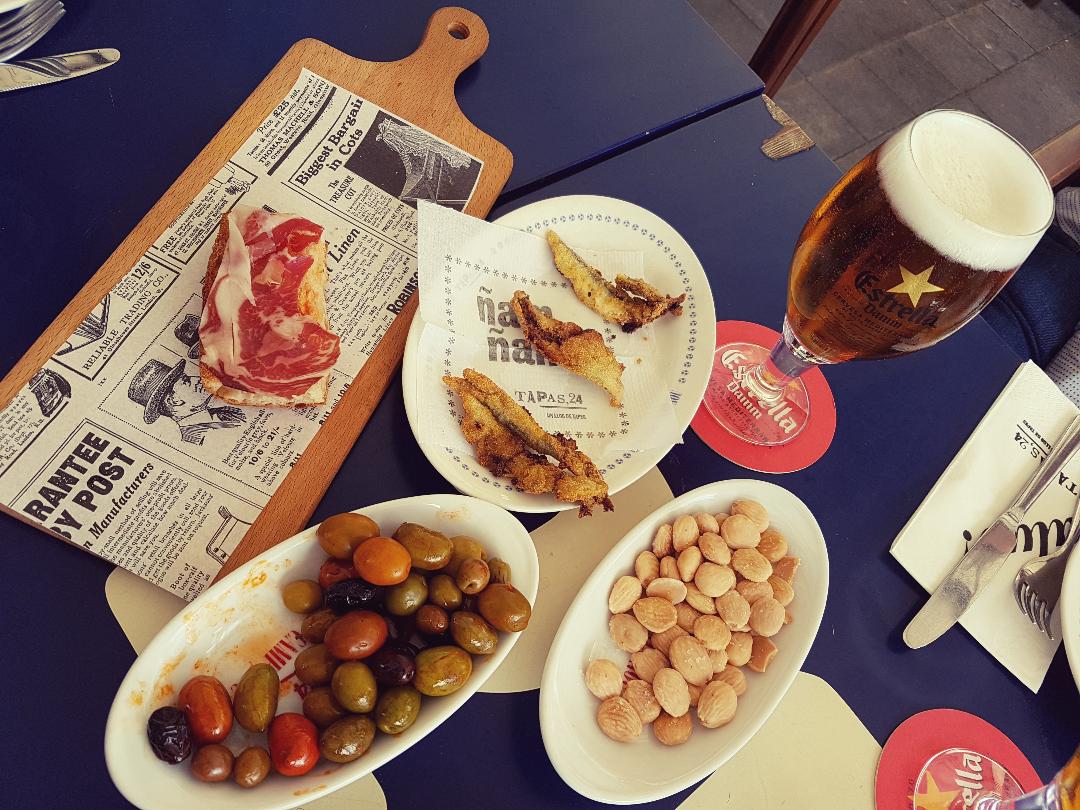 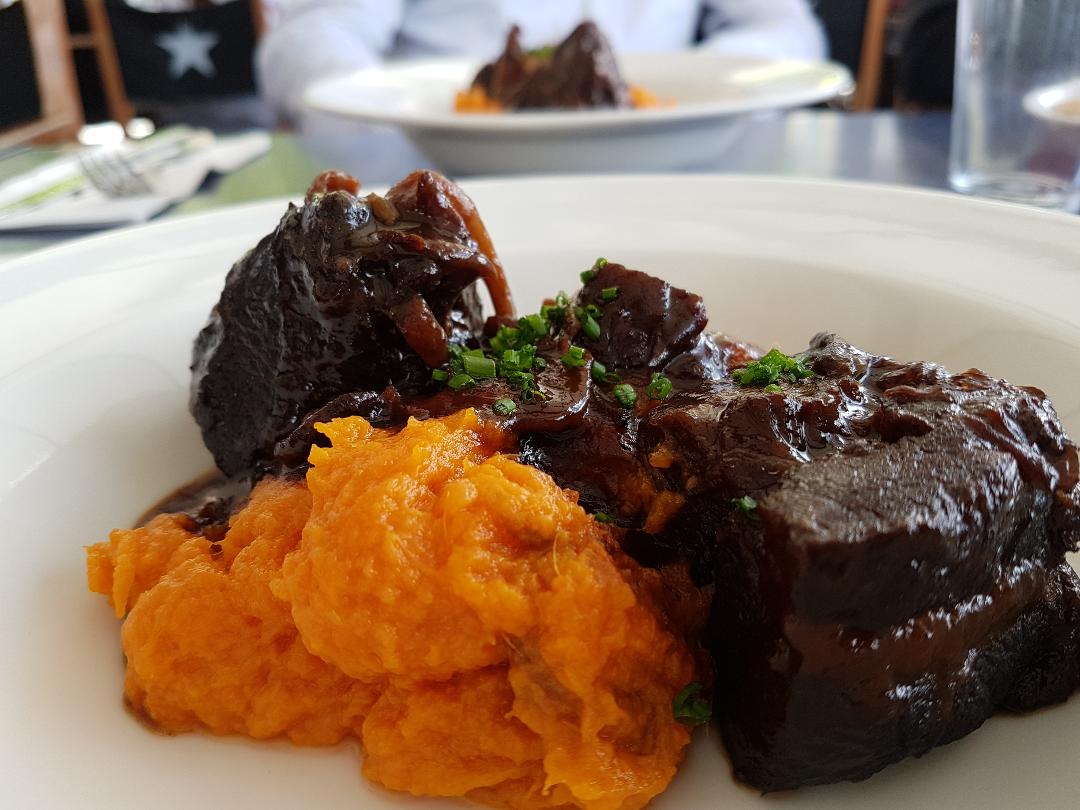 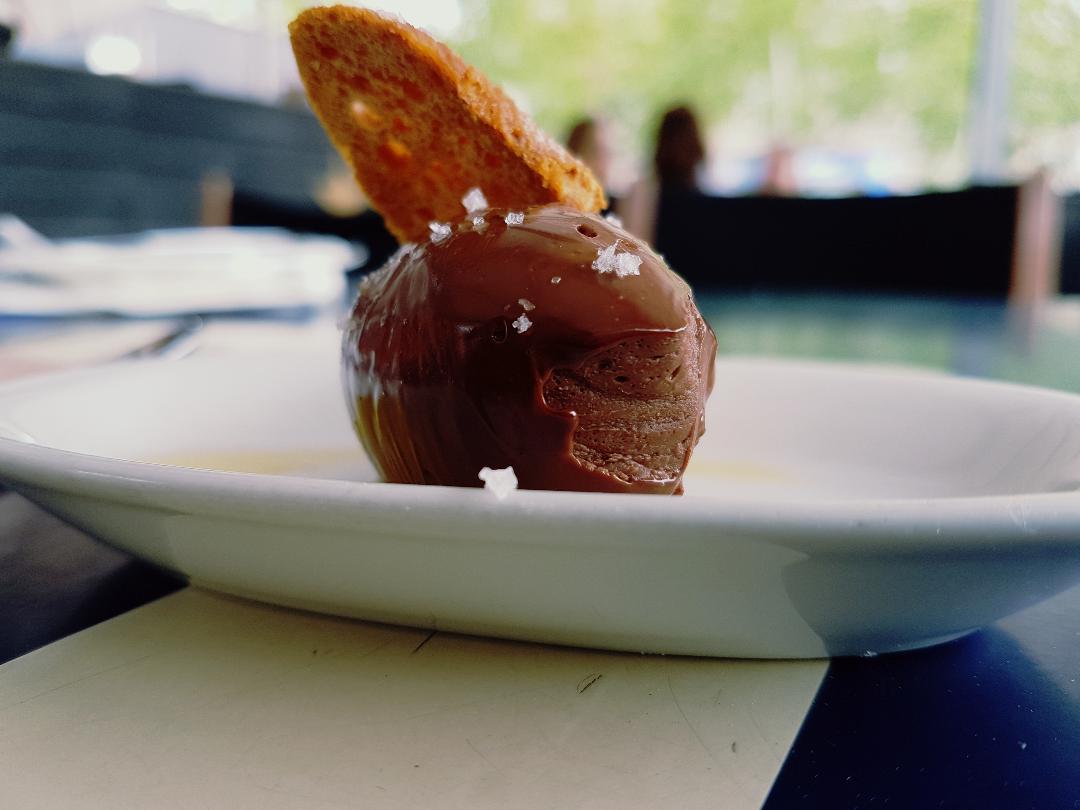 A plethora of cured ham is always a tapas staple and so is Jamon Croquettas (Ham Croquette). At Tapas 24 a restaurant at the Camp Nou stadium we were treated to a lunch of salted almonds, breaded anchovies, Parma ham on toast, very tender and juicy stewed beef with mash and some salted chocolate, drizzled in olive oil and bread.

I have always hated anchovies. That is because I had only ever tasted it brined. But after my Tapas 24 experience, anchovies have never been the same. 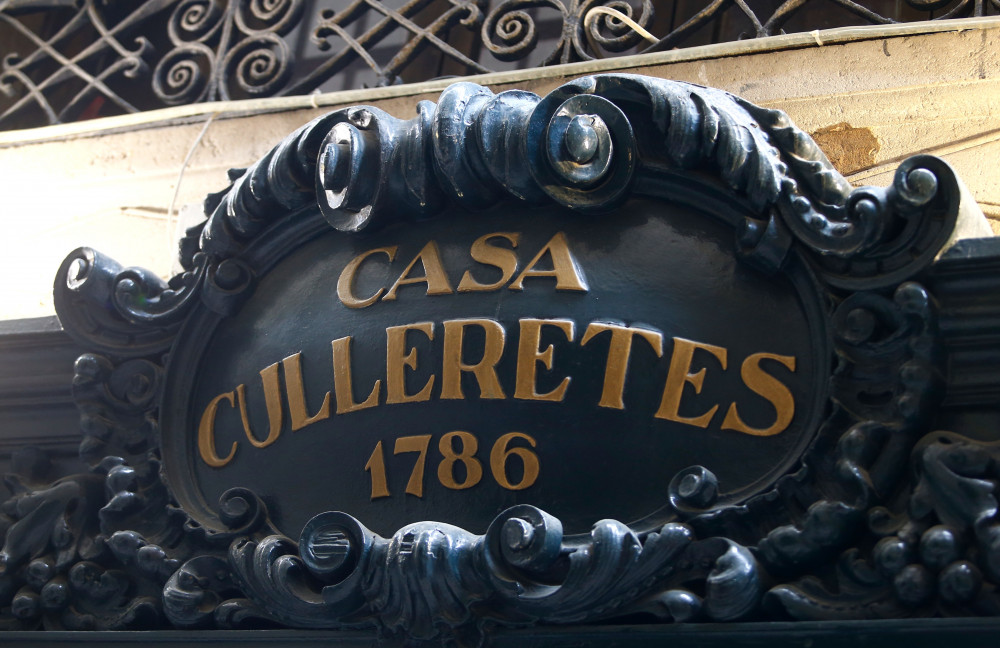 We also munched at Can Cullerettes, the oldest restaurant in Barcelona. It is located in La Ramblas in the city centre.

When I am in any city by the sea, I make it a point of duty to sample their seafood and that informed my entrée of Cod and Spinach cannelloni followed by a main of grilled prawns. The seafood in Barcelona is fresh and delicate so it needs nothing more than some garlic butter and herbs to maximise the flavour.

I have to warn you though, Can Cullerettes is always brimming with eager dinners so if you are ever in Barcelona don’t show up without booking a reservation. 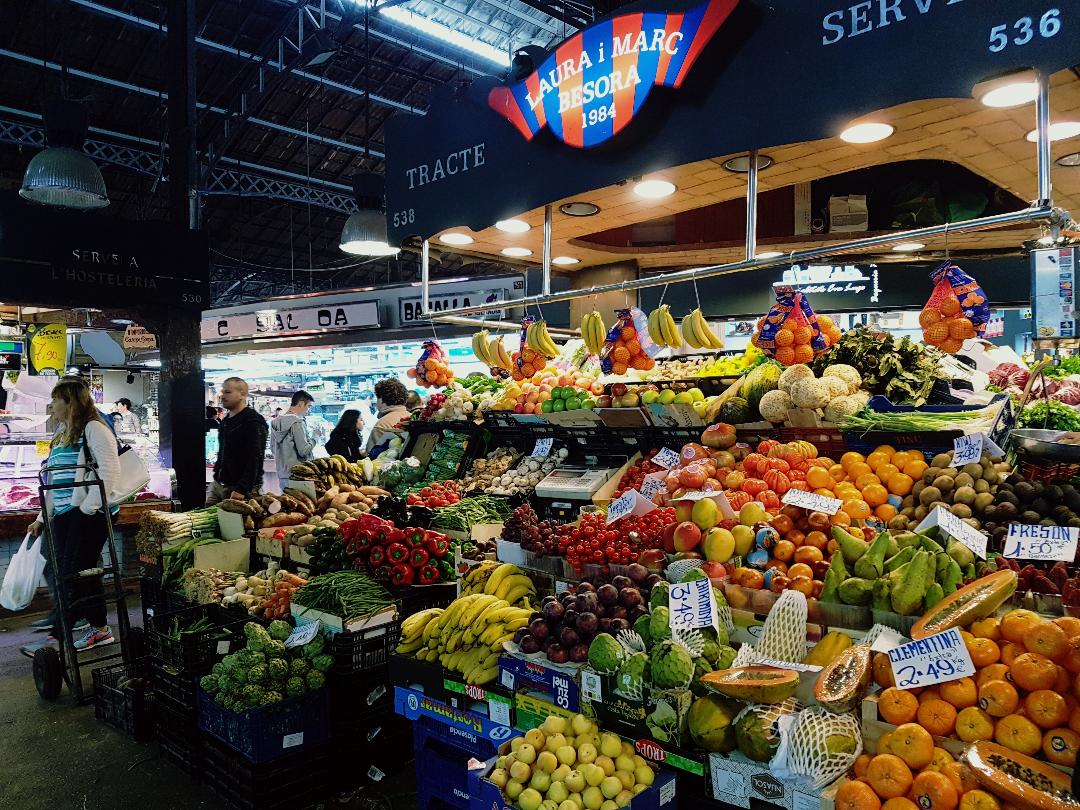 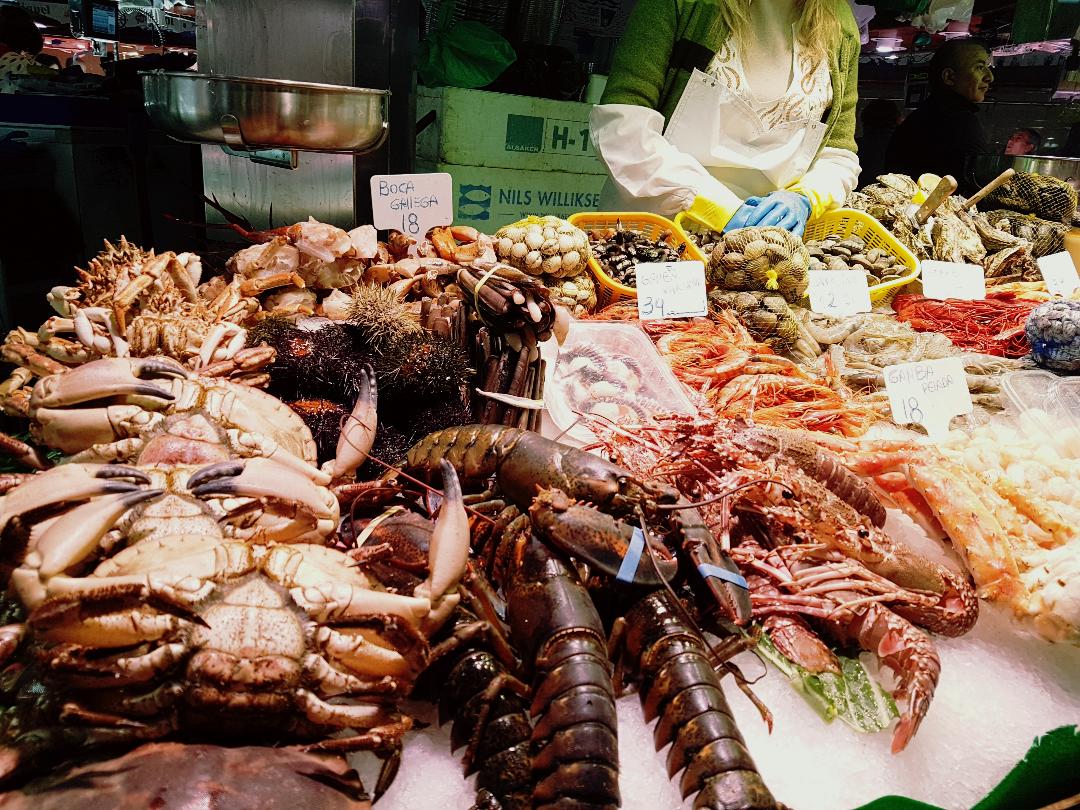 Whilst you are at it, check out La Boqueria the food market with an assortment of sea food, dried mushrooms, cured ham and a surplus of fruits and sweets.

Another dinning stop was Bellavista del Jardin del Norte famously known as Messi’s restaurant. There I was introduced to Pan Tumaca a traditional recipe typical to Catalonia. You take some bread, slice a clove of garlic which you rub on the bread, you do the same with tomatoes, drizzle some olive oil, sprinkle some salt and munch away. It is just simple and clean flavours tickling your taste buds.

Alongside sipping through a few glasses of Vino Tinto, was a ferry of Tapas dishes that ranged from empanadas and grilled octopus to bean salads and more croquettas. The Jardin aesthetic is a mish mash. Some parts dinner style, some parts rustic and other parts industrial décor.

If you are like me, the art, architecture and landscape of cities have as much emotional resonance as its cultures, food, history and people. So, a steady list of famous names will always creep to the surface in Barcelona from Picasso and Salvador Dali to Joan Miro and of course Antoni Gaudi. Gaudi is one of the city’s most famous architects whose works continuously draw in thousands of visitors from far and wide.

Gaudi’s buildings are works of art that feel like both sculpture and installation. His tapestry of ceramic mosaic, his use of sandstone, wrought iron and his love for curves make his works eerie yet magical, organic yet ornate and as my friend Jessica Horn says, ‘His inconsistency makes everything look different’. 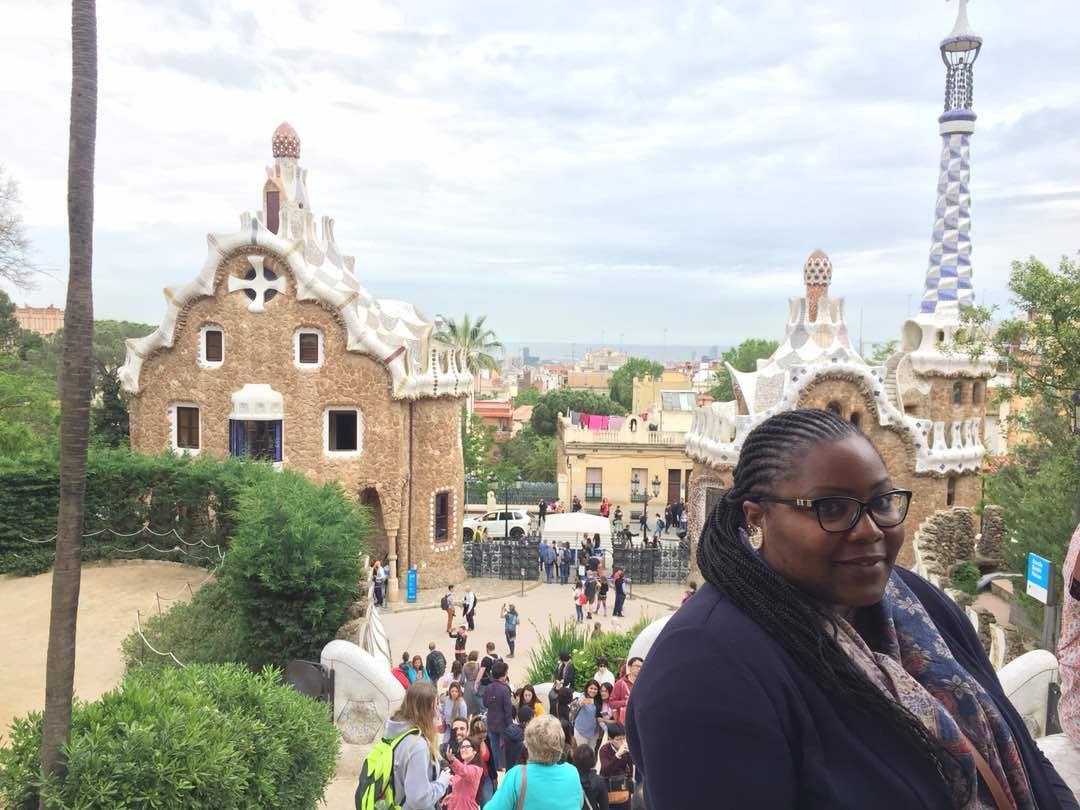 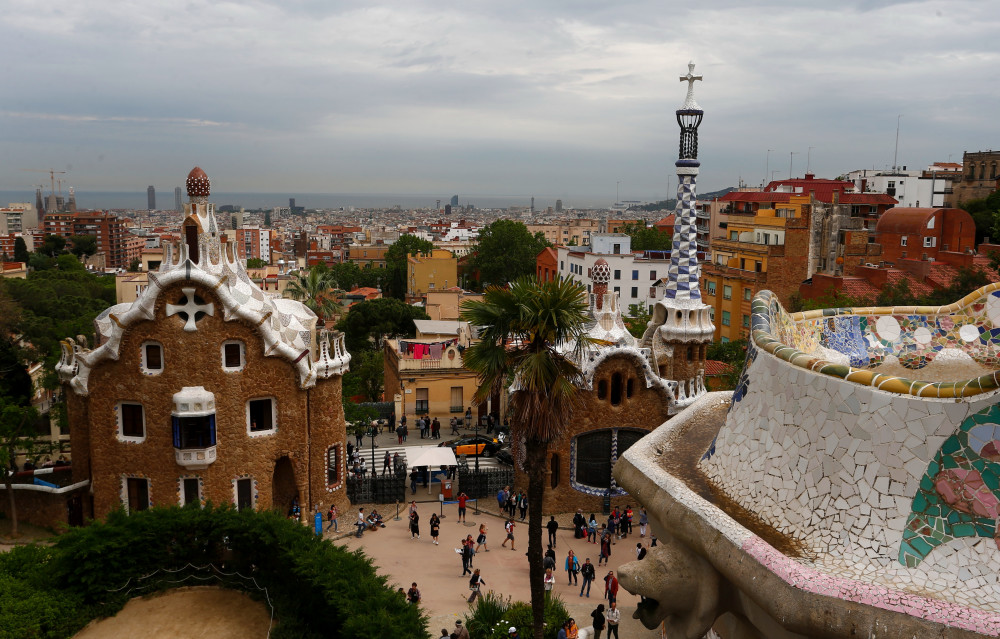 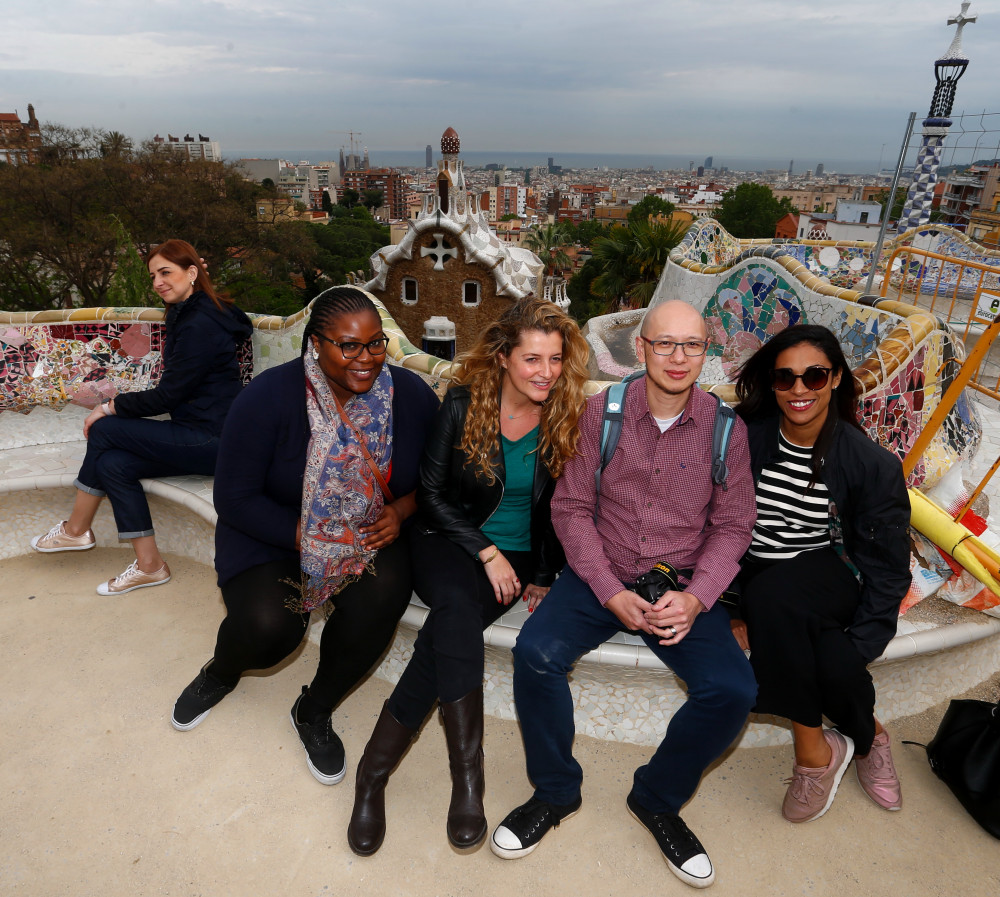 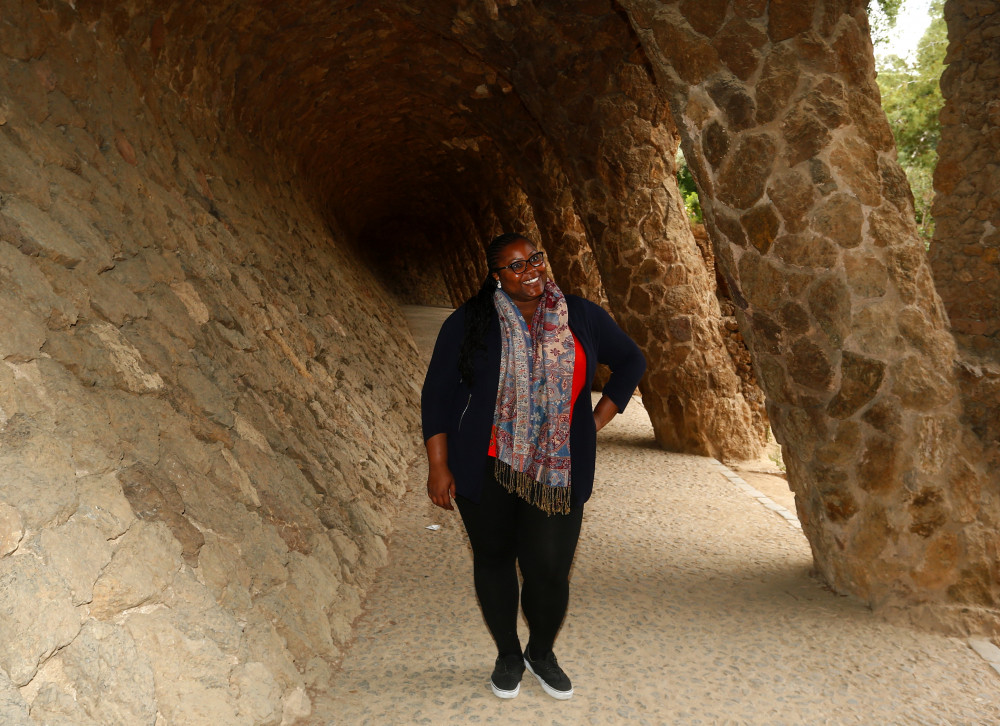 You really get to experience all of this ghoulish playfulness of Gaudi’s work at the Park Guell which also happens to be a UNESCO world heritage site. 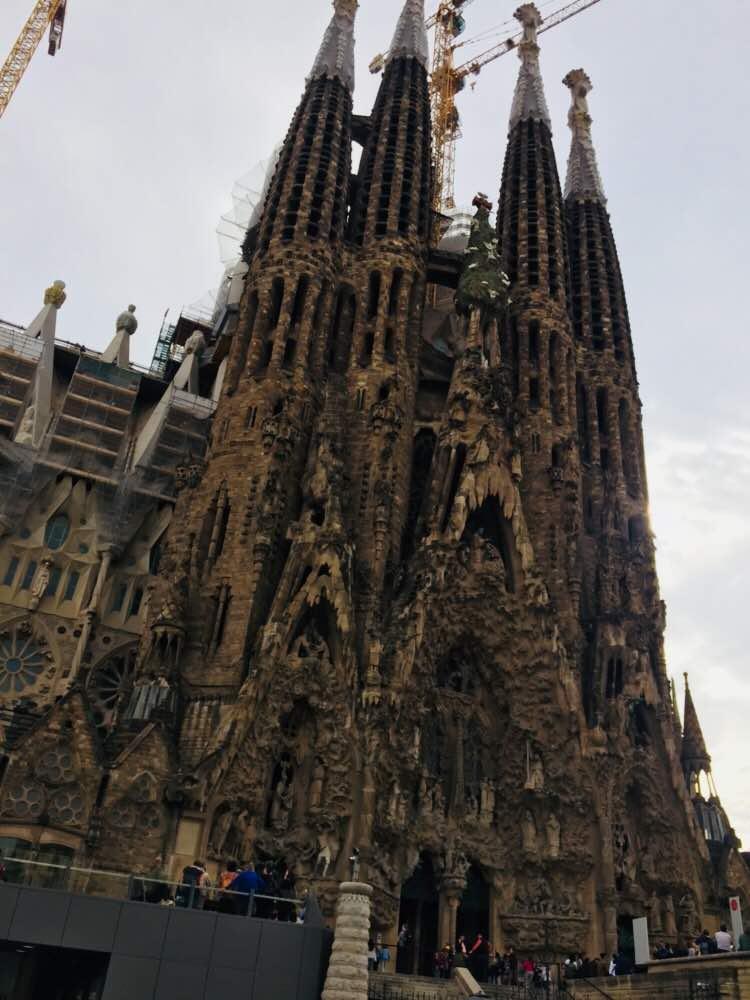 Then of course there is the Sagrada Familia Basilica which is Gaudi’s uncompleted work. Most people have always known it under construction and our tour guide Artur insinuated that it might never be completed. There is a mass there on Sundays from 9am where you can go in for free and marvel. 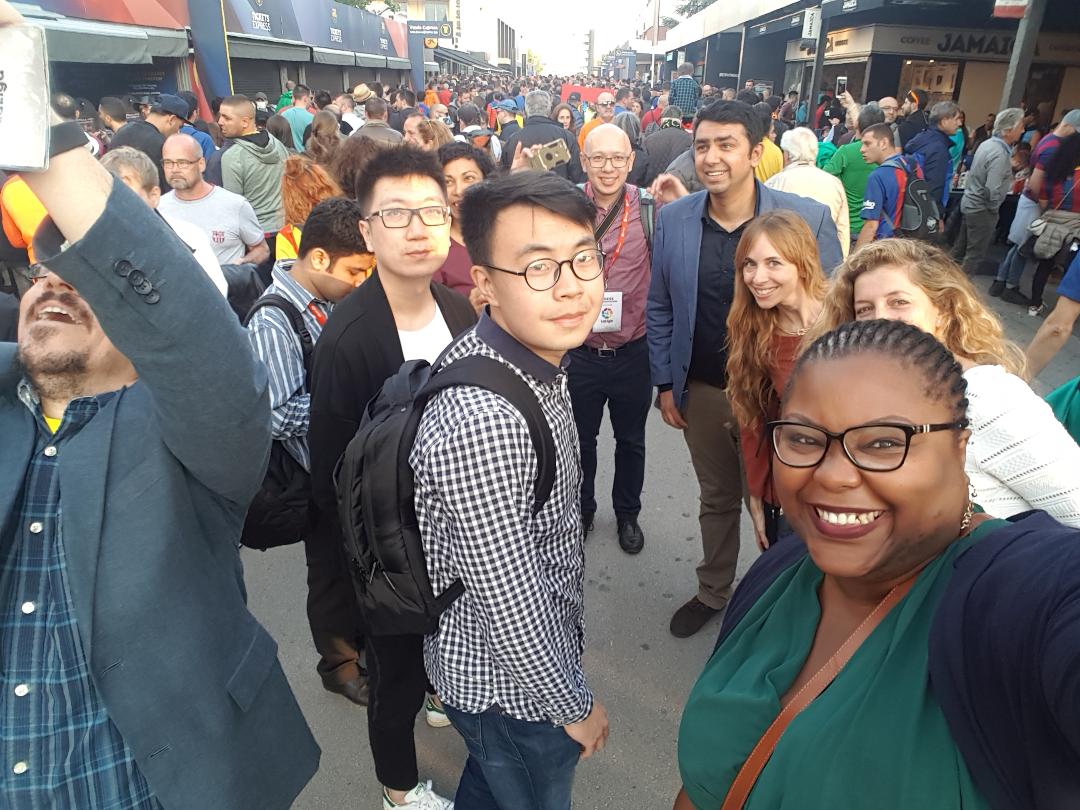 The piéce de rèsistance of the trip was getting to watch El Clasico at Camp Nou. The streets of Barcelona was a sea of Barca Jerseys and Catalan flags. The excitement from our hotel to the stadium was palpable and it was clear our spirits had been prepped for a Barca victory.

Prior to this I had never watched a live football match so observing the production around El Clasico bore a semblance to a religious crusade. There were pre-game rituals, flash mobs, anthems, call and response songs and even a compare. Did I mention that the Barca team walked onto the pitch to Guns n Roses “Sweet child of mine” Even a theme song to boot. 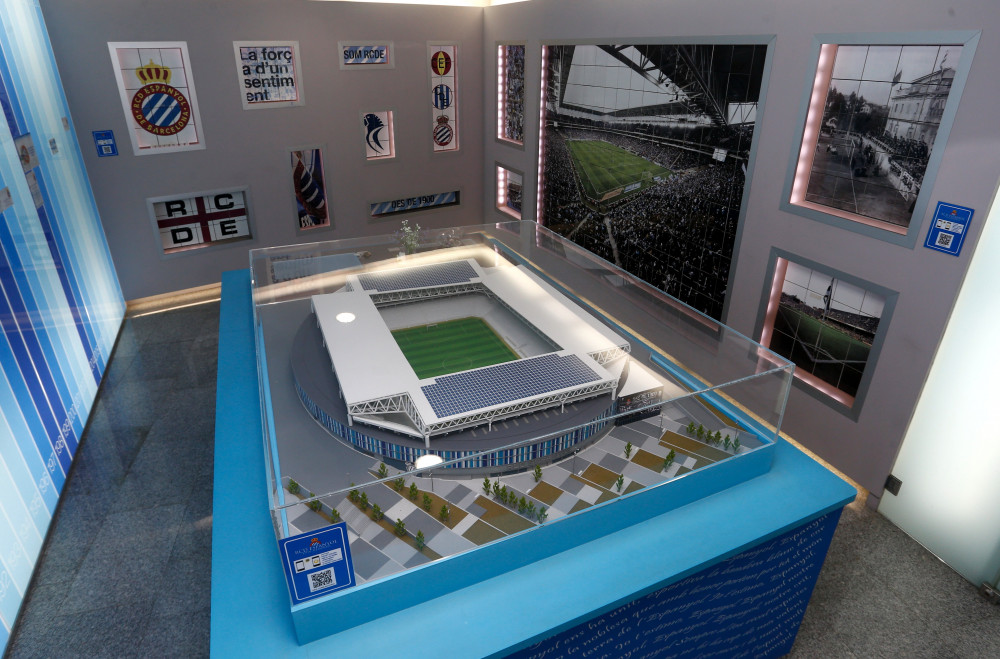 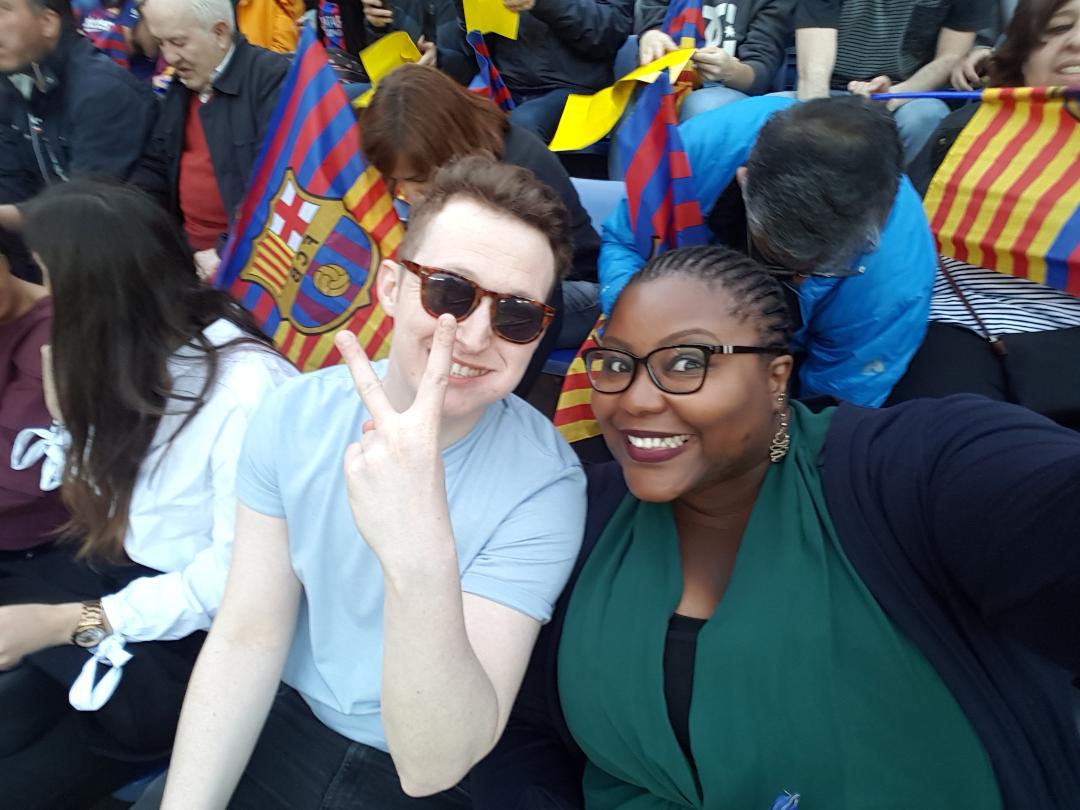 Just sitting in a one hundred thousand capacity stadium automatically places you in a trance and it wasn’t long before the non-football fan in me started twitching and screaming during the match. Watching a football match is akin to watching gladiators in an arena.

We the blood thirsty spectators are all gearing for the ultimate annihilation. With flaring tempers, lots of shoving and pushing, football is primal and highly emotional, and all that tension certainly works up your heart rate. 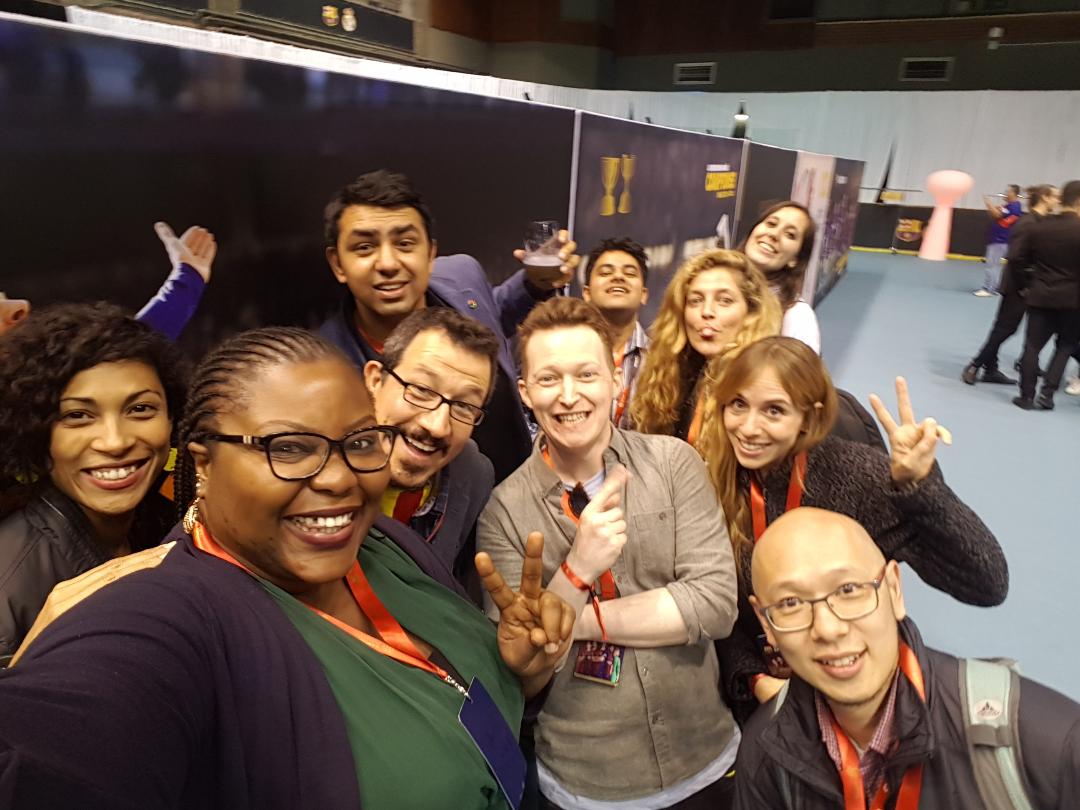 Whether or not you are a lover the beautiful game, it is an experience to behold and one that should be bumped to the top of your bucket list.

I really couldn’t devour the whole city in three days, but every bit was worth the adventure. As I always say there is certainly a next time.

Yeni Kuti is a Grandma!