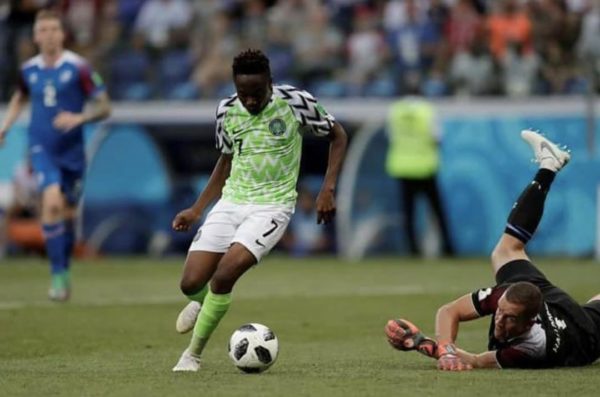 Although the 2018 FIFA World Cup has come and gone with France lifting the trophy at the end of the tournament we still can’t over the sheer brilliance of some of the players. Another thing we also can’t seem to get over are the amazing goals we witnessed during the tournament.

But there is goods news for all football lovers as FIFA has just released the top 10 goals from the competition as voted for by the fans.

Guess what? Super Eagles’ Ahmed Musa‘s second goal against Iceland was ranked no. 8. Musa’s goal had earlier made the 18-goal shortlist and has now taken the 8th spot among Top 10.

Watch below to see other goals that made the cut:

“Government is a very slow but deliberate fire… and when it gathers momentum, it is unstoppable” – Fashola