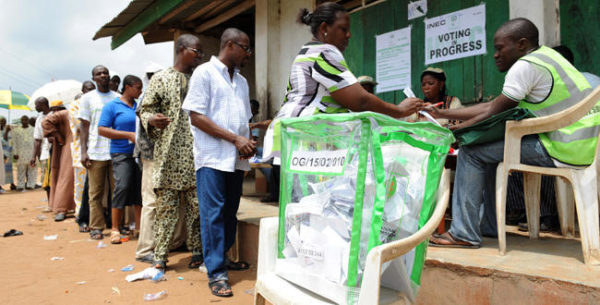 INEC revealed this while commenting on the Ekiti elections won by All Progressives Congress (APC) candidate, Kayode Fayemi.

Punch reports that a communique signed by the National Commissioner and Member, Information and Voter Education Committee, Mohammed Haruna, said that although the election was free and fair, the rising trend of vote-buying is worrying.

It noted the satisfactory conduct of the Ekiti governorship election as attested to by both domestic and international observers, the media and other stakeholders.

The meeting also noted with deep concern, the rising phenomenon of vote-buying during elections and restated its commitment and determination to continue to work with all stakeholders, especially the security agencies, to stem the ugly trend.

FRSC reveals plans to use Breathalyzers to test Drunk Drivers