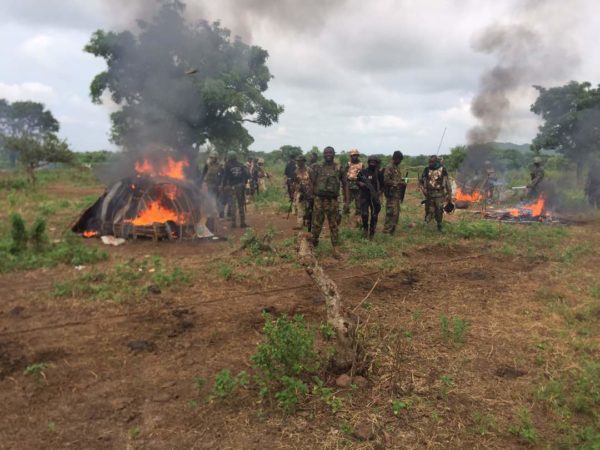 In an effort to stop the killings perpetrated by armed herdsmen across the Middle Belt, the Nigerian Army has begun patrolling the area.

Punch reports that the Nigerian Army recently engaged in a shootout with armed herdsmen they encountered in Benue State.

The army spokesperson Brig. Gen. Texas Chukwu shared the news, stating that while some herdsmen were killed by the soldiers, others escaped with gunshots.

He revealed that one AK47 rifle was recovered from the scene, 2 AK47 rifle magazines, 60 rounds of 7.62 mm special ammunition, and 5 motorcycles.