A riot ensued in Ketu-Alapere area of Lagos State on Tuesday afternoon.

A video shared on social media showed youths in the area storming an unknown location armed with weapons.

Although the reason for the riot is unconfirmed, several motorcycles have been burnt.

Officers with the Lagos State Police Rapid Response Squad arrived at the scene to restore order, putting out the fire.

See a video and photos from the riot:

"@MrKennyChris @Gidi_Traffic there is a riot currently going at Alapere ketu. The cause of the riot is still unknown pic.twitter.com/s3SRZ6PB0P 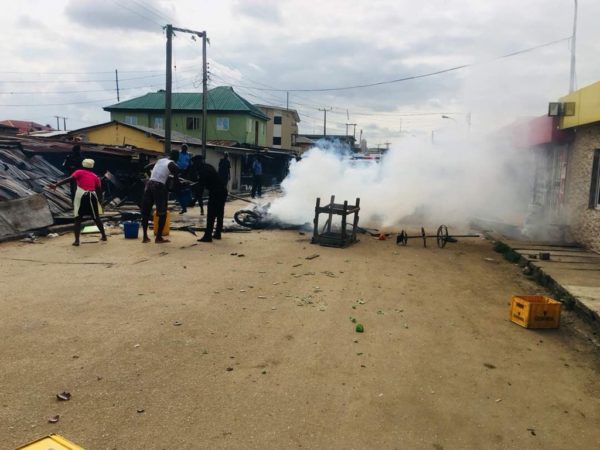