Shaku-Shaku, 2Baba Performing, the Top 6 Announcement - Here are the Biggest Moments from the #MBGN2018 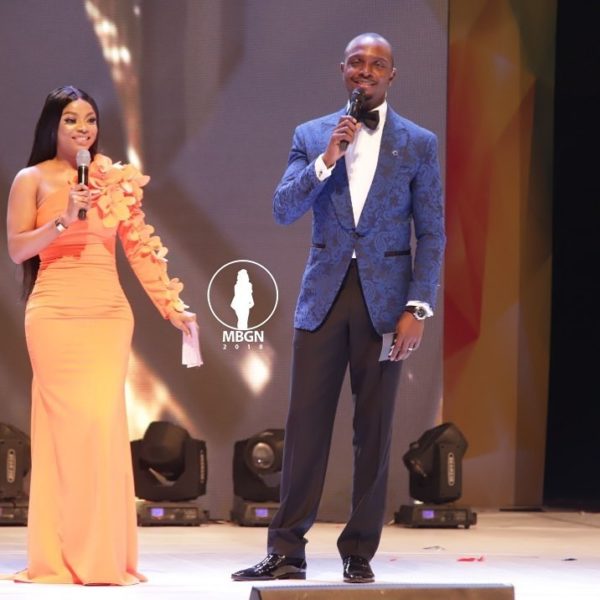 Every year the Most Beautiful Girl in Nigeria (MBGN) pageant sneaks up on us, its 37 contestants suddenly appearing everywhere on our social media.

Of course, from that moment on we’re hooked. We’re left counting down until the pageant is up on our television screens, the contestants walking in their traditional wear, their swimsuits, and their evening gowns.

Every year, we stay glued to our screens waiting for the more important thing: the organizers announcing who our next MBGN will be.

The 2018 MBGN was on Friday, September 21, and it delivered exactly all that we expected.

Here are the 5 biggest moments:

Hosts Toke Makinwa and IK Osakioduwa announced that the girls were going to give us a performance. Sure, we were excited. But we had no idea what was coming.

To 2Baba‘s hit song “Gaga Shuffle” the girls climbed the stage and gave us, quickly, some quality shaku-shaku. They moved on, sure, but the host, climbing the stage afterward, showed us that they too knew just how to dance.

2Baba Performing
Superstar 2Baba was in Bayelsa for the pageant and performed a medley of his most recent song.

He seemed to be having fun on stage, first singing “Gaga Shuffle” before morphing to the crowd favorite “Amaka.”

All the contestants walked the stage in their swimsuits, taking off their scarves before sashaying off backstage.

A little misstep, however, almost marred Miss Rivers’ walk: After walking toward the stage, while trying to make her way backstage, the contestant missed her step.

Thankfully, she quickly caught herself, repairing her walk and ending it all gracefully.

The Top 6 Announcement
Another thing that almost marred the night: Both the judges and the host had misunderstood how the fast-tracking of a contestant by the viewers would work, and had announced the wrong contestant.

Miss Plateau, who was first on the list of the judges, was announced as the fast-tracked contestant when the Top 15 were announced.

When it was time to announce the Top 6, however, the error was spotted, and host IK announced to the crowd and to Miss Kwara that she was the one chosen by the viewers, not Miss Plateau, to be fast-tracked to the Top 6.

All of it, though, was accepted with so much grace, and the error was soon forgotten, everyone moving on.

Announing the Winner
Of course, nothing can be bigger than the announcement of the 2018 MBGN World.

Anita Ukah, Miss Imo, was announced as the winner of this year’s MBGN pageant and she could not contain her joy.

Asked later how she felt, she had only a few words: “I’m so grateful. Thank you so much.”

We’re all so happy for her. Congratulations to her!

And that’s all, folks! We have a new MBGN!

If you missed the show, you can quickly get familiar with everything that happened on our twitter @bellanaija, our Instagram @bellanaijaonline, and here on the website.

We also have some exclusive scoop about winner Anita Ukah, all the facts about her you can’t find anywhere else.