Social media has increased the prospects of effective communication among people at large; closing up the boundaries between people and making easy interactivity possible.

Sister Deborah, in a twitter chat with Social Media Week Accra, addressed celebrity issues being faced online due to over familiarity between them and their fans. The notion that celebrities ought to act a certain kind of way often creates the impression that they may be a different kind of people, and thus, they should be able to calmly contain everything that comes at them.

Celebrities find social media as a great tool to interact with their fans. The bridge created by social media between the two, has brought about opportunities to some whiles creating too much familiarity in a lot of instances, and has opened doors ajar to cyber bullies.

Cyber bullies leave off extremely disturbing comments about people and especially celebrities, which can potentially damage their self-esteem, hard-earned reputation and dampen their spirits. Some of these cyber bullies are fans of the celebrities who have a sense of entitlement in relation to how the celebrities should interact with them. 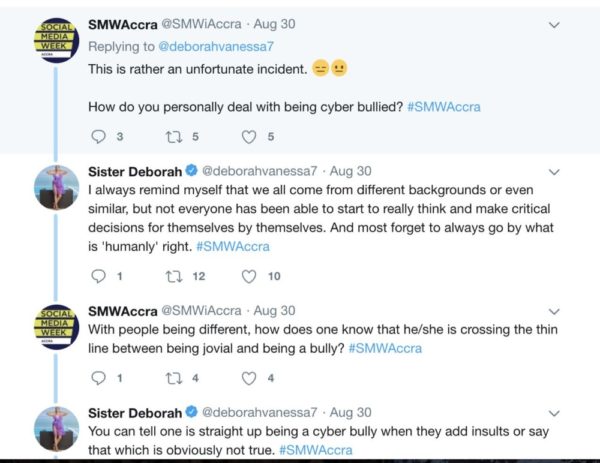 Sister Deborah, a well-known TV Show host, fashion designer, creative director and musician, is not new to the activities of the cyber bullies. In the twitter chat, she opened up about a lot of things she thought about cyber bullies; she described them as “unhappy people using electronic means to try and bring others down“. She believes giving these people audience is what fuels their activities. Hence to deal with them, she stated, “I always remind myself that we all come from different backgrounds or even similar, but not everyone has been able to start to really think and make critical decisions for themselves by themselves.“

She also shared instances where she was cyber bullied. She lamented that in the comment section under a recent post of a video she made of herself singing her song “Ghana Jollof” on instagram, some posted some mean and hateful things, and she had screenshots to show; like they say, the Internet always has receipts. 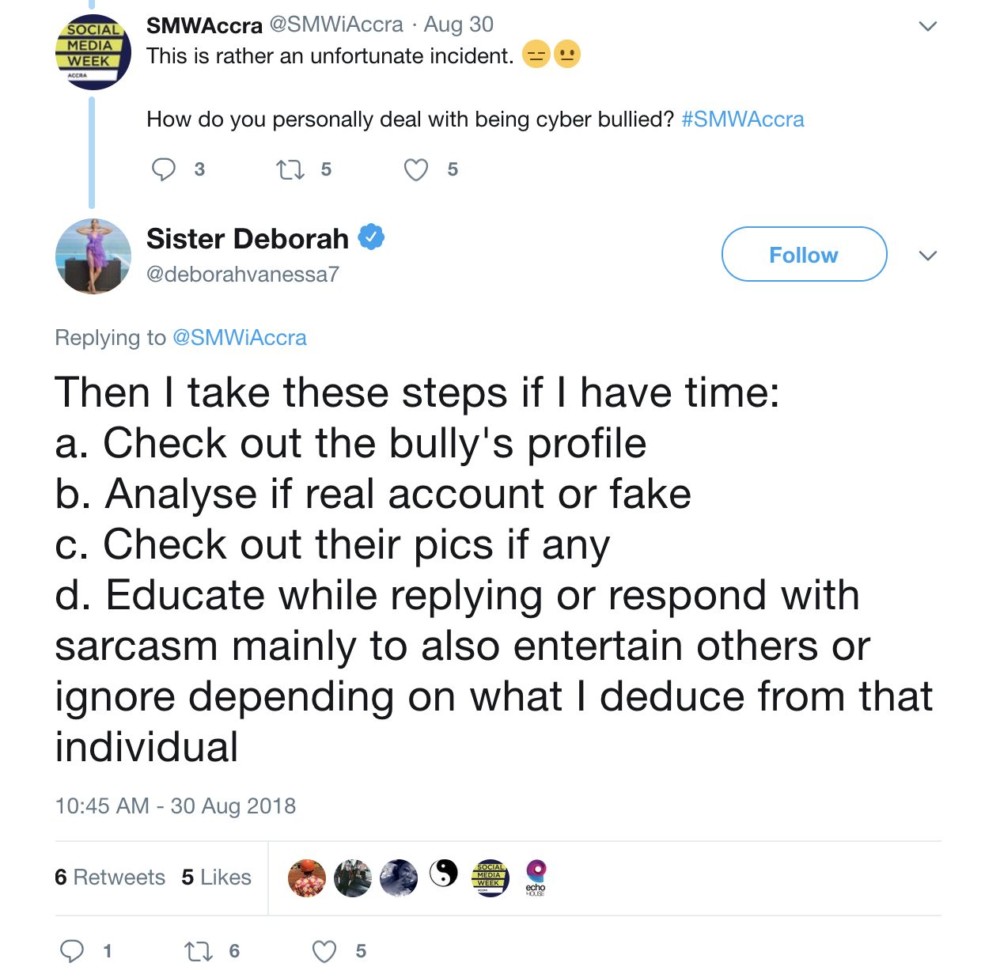 She explained that people should know their limits and know when to draw the line when dealing with celebrities and people in general. She said shed light on the kind of relationship fans should have with their celebrities; they shouldn’t feel too entitled to the point of harassing these celebrities – for they are as human as everyone else, and words do affect them like everyone else too.

Sister Deborah gave out a 101 hack to identify cyber bullies, she said, “You can tell one is straight up being a cyber bully when they add insults or say that which is obviously not true”. 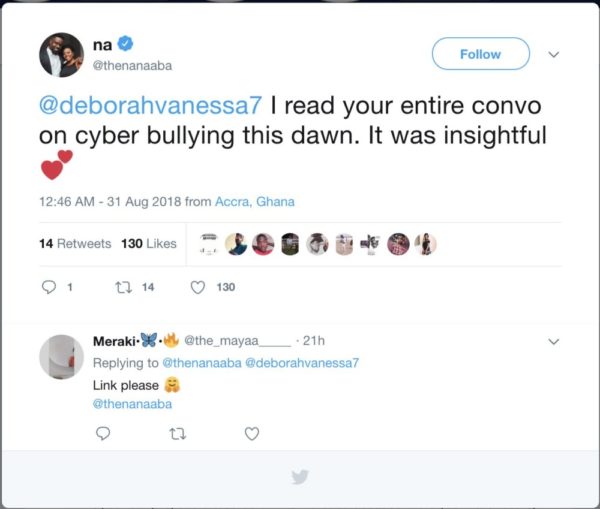 Sister Deborah, John Dumelo and a host of other celebrities will speak extensively on this topic and share their experiences on the September 10th, 2018 when SMW Accra kicks off.

Visit www.smwaccra.com for more info and to book your seat now.

BellaNaija is a media partner for Social Media Week Accra 2018

Davido performs onstage during the 2018 Made In America Festival | PHOTOS