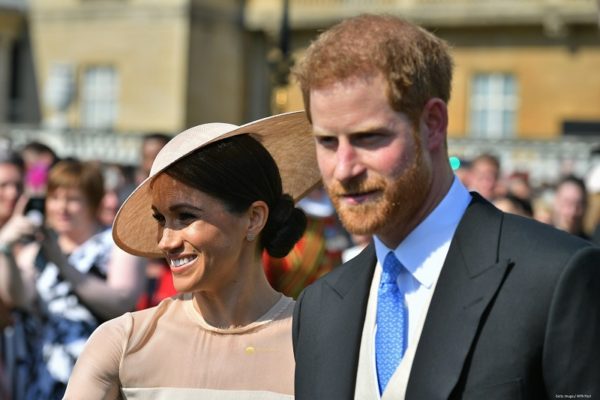 Meghan Markle and Prince Harry, the Duchess and Duke of Sussex, announced earlier on Monday that they are expecting their first child.

While the news was received with excitement around the world, it seems people are a little upset about the timing of the announcement.

Folks on Twitter are saying the timing of the announcement was in poor taste, as Monday marks the National Pregnancy and Infant Loss Remembrance Day.

The day is observed in a few countries, including Canada, the United States and Kenya, to remember with candle-lighting vigils, pregnancy loss and infant death.

People have expressed disappointment in the royals on announcing their pregnancy. Check out a few of the tweets.

Whilst I’m happy for the #royal couple, it would of been far more sensitive to wait one more day to announce #RoyalBaby given too many parents light their candles of remembrance today at the end of baby loss awareness week #blaw2018

The news of the royal baby is wonderful but could @RoyalFamily not have waited fill tomorrow to announce, given that today of all days is International Pregnancy and Infant Loss Remembrance Day, when grieving couples across the globe come together to mourn their lost babies?

On the one hand, it's nice to hear the Royals' baby news. On the other hand and as the mother of an angel baby, I seriously question the judgement of whoever decided the best day to announce this news was International Pregnancy & Infant Loss Remembrance Day ?? #BLAW2018

Really disappointed at insensitivity of #royalbaby announcement on Pregnancy and Infant Loss Remembrance Day. It was also bad enough Eugenie had to reschedule her wedding for Megan + Harry, let alone them breaking the news on their actual wedding day! #NotCool