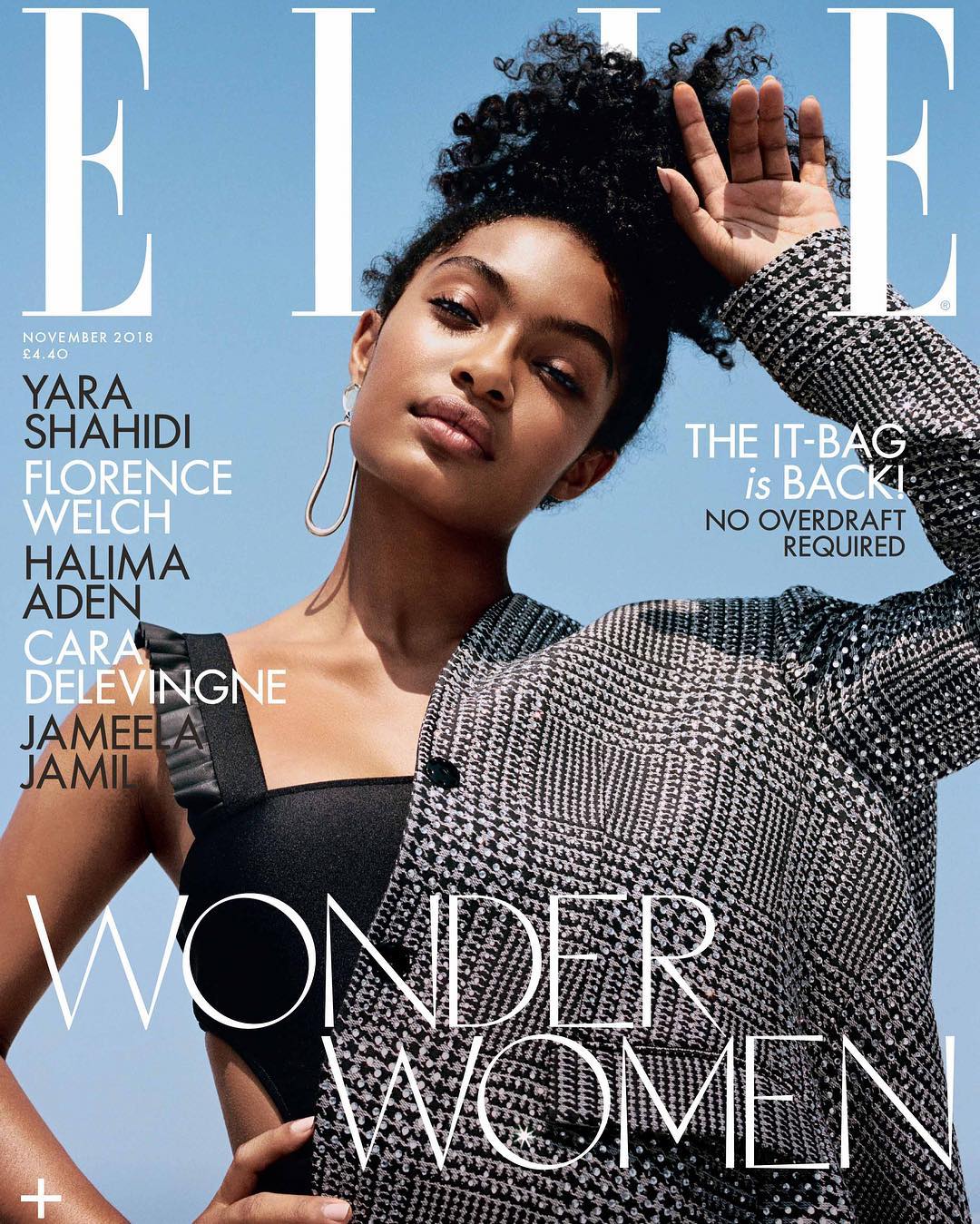 Hollywood actor Yara Shahidi who is ‘re-writing history with Generation Z firmly at the centre’ is the cover star for Elle UK‘s November Issue.

The Grown-ish star who is widely known for her fearless political sensibility, speaks to the magazine about her break into Hollywood, what motivates her, being an activist and a whole lot more. 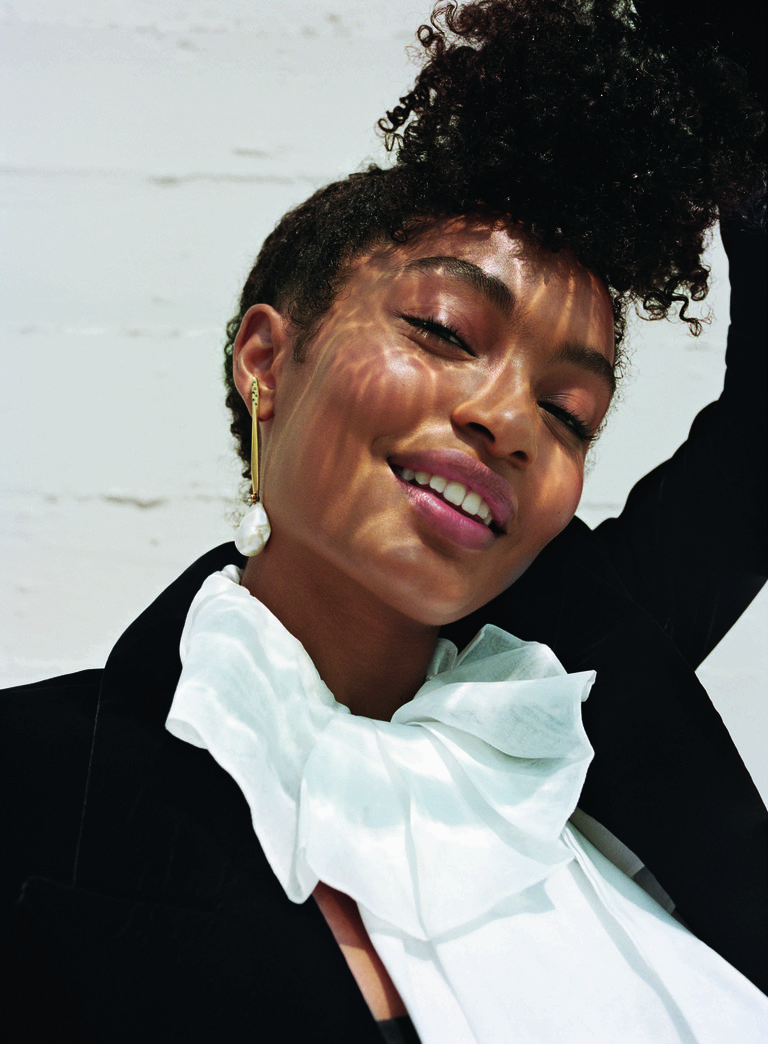 On her break into the industry: I was seven when I did my first movie, but the defining moment from my perspective is outside of that. Through schoolwork and classes, I got to figure out what I loved outside of acting, which means the entertainment industry isn’t the be all and end all. It’s given me a level of freedom I’m so grateful for.

On the motivating forces in her world: First and foremost, my parents. People like [Black Lives Matter co-founder] Patrisse Cullors, who I met at The Underground Museum when I was there to watch Angela Davis speak. I already know of them both previously, but actually seeing them speak made me dig deeper into Patrisse’s history of organising, which started at such a young age. Mentorship is extremely important and, as you say, a lot of it stems from peers within my own generation. On using fashion to tell a story: I think fashion can be really grounding. I know the difference between wearing something that feels like a reflection of myself compared to being put in something that isn’t my style.

My Screen Actors Guild Awards look from this year was a [custom Ralph Lauren] black jumpsuit with a giant bow, and what I loved was I couldn’t help but take up an absurd amount of space in that outfit. There was something about the physical space I took up that allowed my emotional, figurative and spiritual space to expand as well. I think that’s a reclamation of sorts. Using [fashion] as a device of self-expression is really important to me.

On seeing herself in the activist space: I think one of my biggest fears is having a self-centric life, in which my existence didn’t serve the presence or make it easier for any other human to manoeuvre through this world. It means that what I’m doing outside of acting is possibly the most fulfilling part of what I do.

We’re at a moment in time that has happened before, especially in the Sixties and Seventies, in which we are not alone; in which a lot of people have taken an interest in the world at large.

The fact that I have peers and mentors and people who are older, the same age and younger than me who are supporting… It gives me access to a whole other community that is so expansive. There’s a cultural shift, and I think it means [so many people] have a deep care for those outside of [their] theoretical borders. I’m excited about what will happen next. 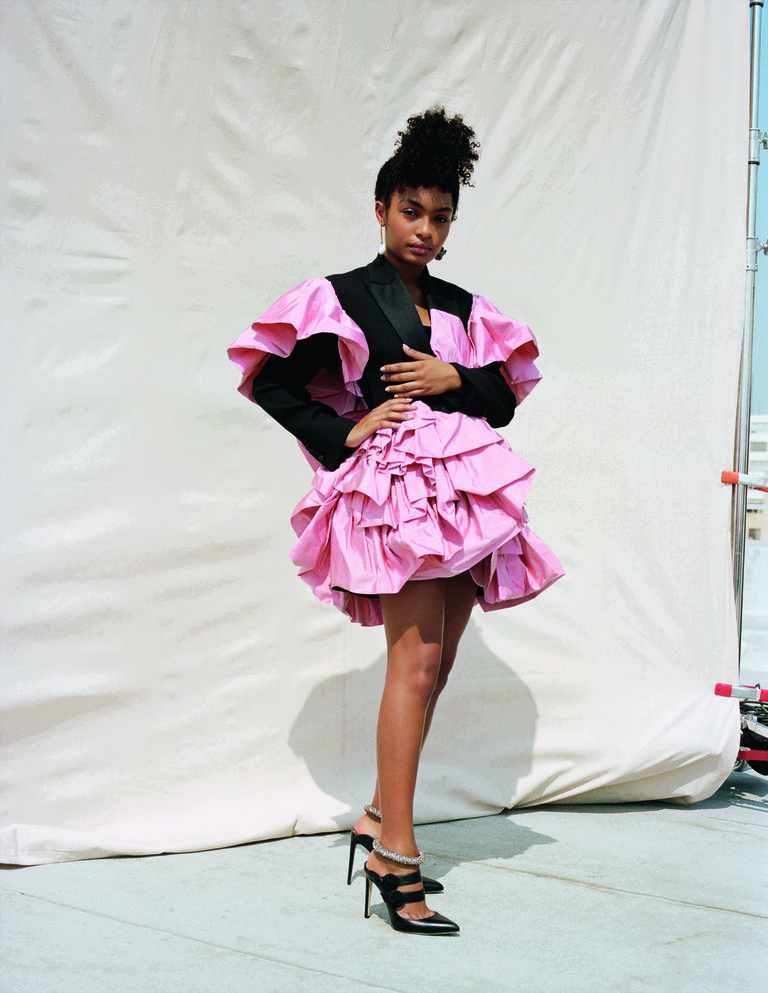 For more on Yara, visit Elle.