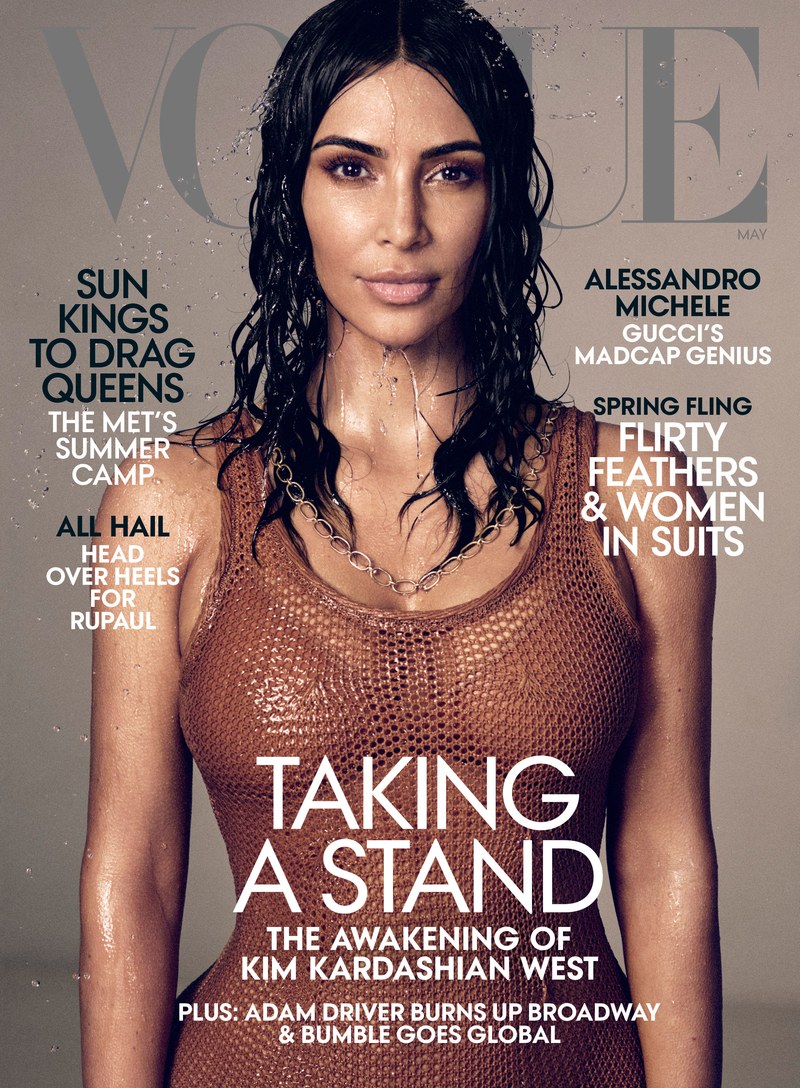 For the cover shoot, Kim is photographed by Mikael Jansson, appearing in a series of sultry looks.

She talks coping with Kanye West’s bipolar disorder; the famous meeting with Donald Trump at the White House; and preparing to take the bar in 2022.

On Why She’s Studying to become a Lawyer:

The White House called me to advise to help change the system of clemency… and I’m sitting in the Roosevelt Room with, like, a judge who had sentenced criminals and a lot of really powerful people and I just sat there, like, Oh, shit. I need to know more.

I would say what I had to say, about the human side and why this is so unfair. But I had attorneys with me who could back that up with all the facts of the case.

It’s never one person who gets things done; it’s always a collective of people, and I’ve always known my role, but I just felt like I wanted to be able to fight for people who have paid their dues to society. I just felt like the system could be so different, and I wanted to fight to fix it, and if I knew more, I could do more. 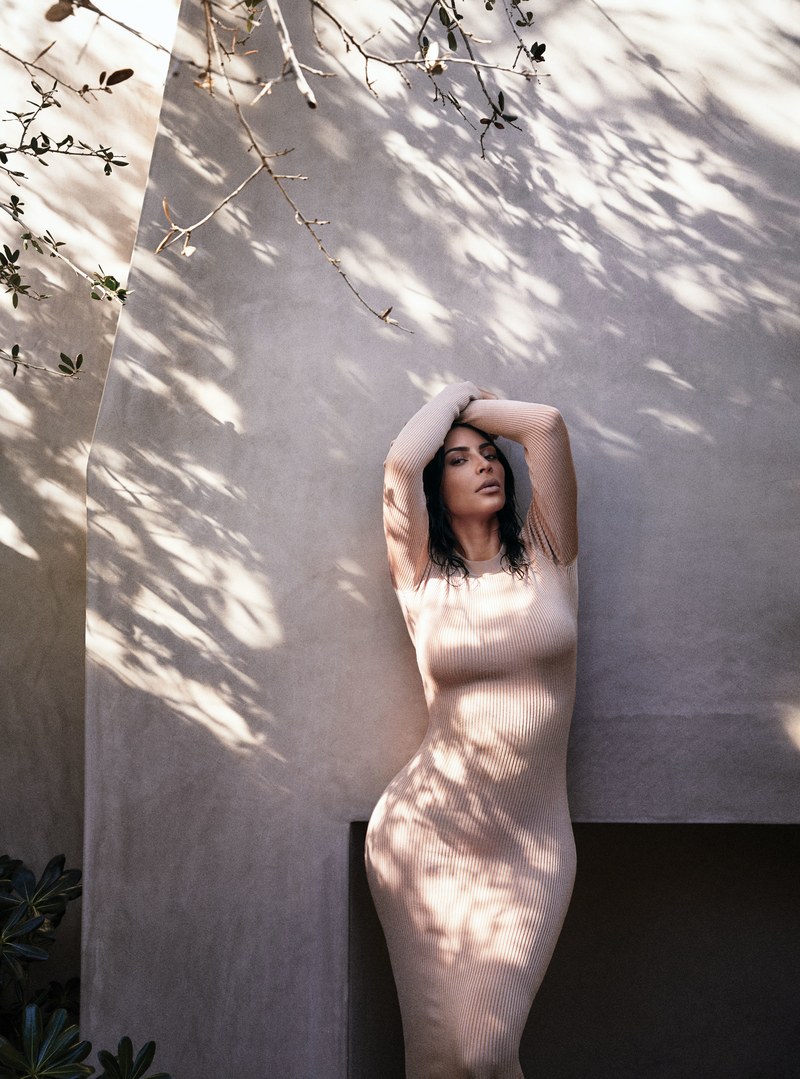 I think we’re in a pretty good place with it now. It is an emotional process, for sure. Right now everything is really calm. But we can definitely feel episodes coming, and we know how to handle them.

For him, being on medication is not really an option, because it just changes who he is. Traveling a lot does set it off, so he doesn’t travel as much as he used to. But honestly, I never want to speak for him, because I am not in his mind. But I think some of the hurtful things that I read online . . . . What is she doing? She’s not stopping him. . . . Like it’s my fault if he does or says something that they don’t agree with? That’s my husband. I share every opinion that I have and let him know when I think something’s wrong. Or if it comes to him being in the middle of a bipolar episode, I’ll do everything to be supportive and help to calm the situation. 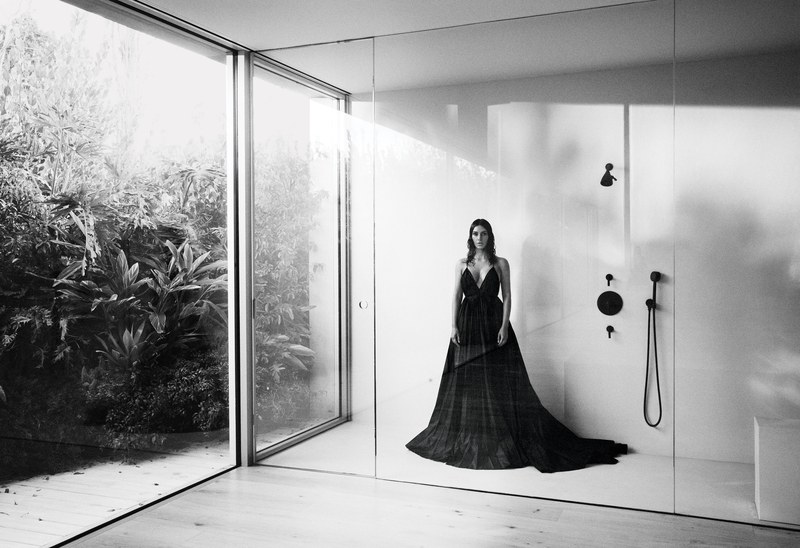 On Kanye Styling Her:

When he was still fairly new to the relationship, he was like, ‘Can I give you a fashion makeover?’ I was open: Sure! Dress me up! He took me to a Lakers game and he put me in this black Givenchy leather dress and Tom Ford snakeskin shoes and a team of stylists came to my house, and when we came home, there were shoes piled up almost to the ceiling that they had taken out of my closet. I only had two pairs left! I almost started to cry. I spent years collecting those. And then there were racks and racks of clothes, designers I’d never heard of before, like Lanvin or Balmain or Margiela.”

When Meter asked if she didn’t find this excessively controlling, she said: “I wasn’t offended at all. Because I saw what a response I got—he was right. He’s been my go-to stylist ever since. I’ve always admired how he’s marketed things or come up with ideas for his videos and his looks—he thinks ahead. I show him what we’re doing at night when we’re in bed. 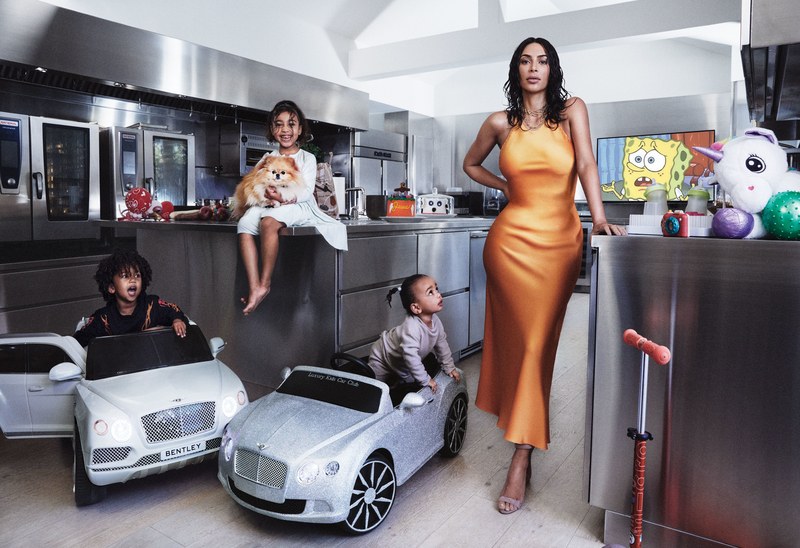