Watch the Teaser for "Elevator Baby" and YES, Toyin Abraham's Pregnancy in the Movie is Real! 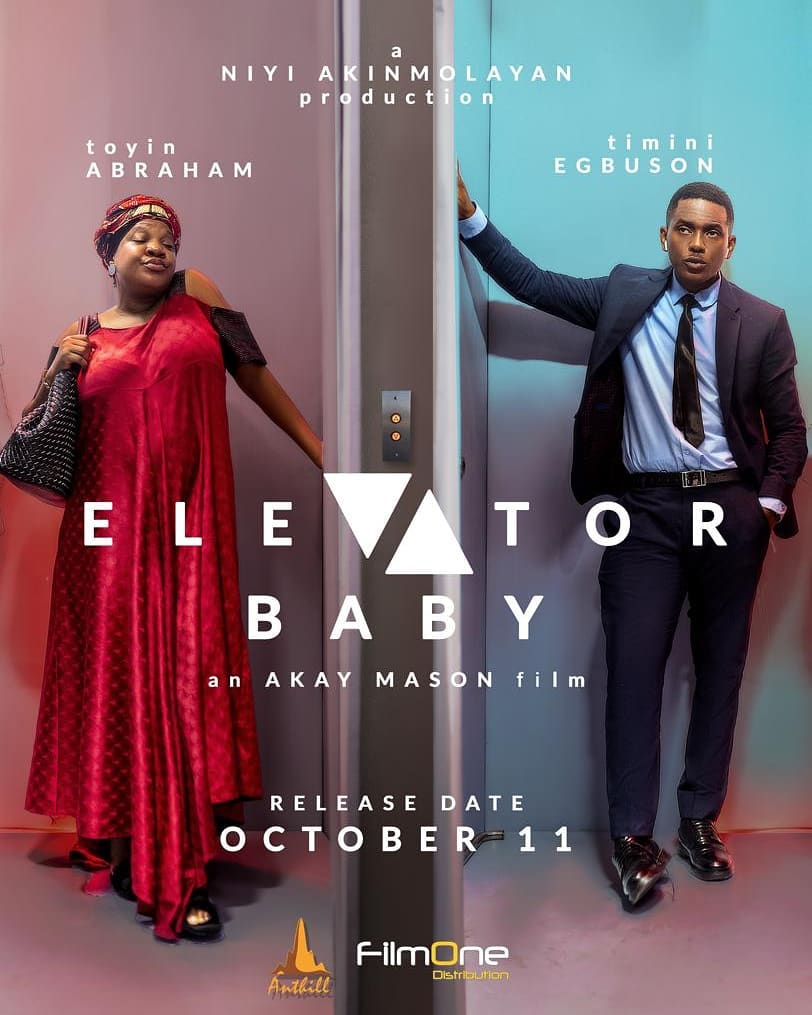 You have got to watch this teaser for Niyi Akinmolayan‘s newest movie, Elevator Baby.

Elevator Baby is a dramatic-thriller written and directed by Akhigbe Ilozobhie, and produced by Niyi Akinmolayan.

The movie is centered around Dare William (Timini Egbuson), a privileged young man with a temper and his encounter with Abigail Kuforiji (Toyin Abraham), a pregnant woman with a secret. When both characters get stuck in a faulty elevator, Abigail is forced into an emergency labour, leaving Dare with no choice but to deliver the baby himself.

Fun Fact: Toyin Abraham was actually 7 months pregnant while shooting this movie so the pregnancy is very real.

This woman @toyin_abraham is one of the most amazing people I have ever met in my life. We knew we wanted her for the #elevatorbaby role but I wasn’t even sure she would be available and be willing to work with a new young director. But I liked her previous stuff so I reached out and shared the idea. Now This was the fun part. She called me immediately and said…uncle Niyi…who told you. I said who told me what…she said don’t lie who told you. I thought maybe I had messed things up. And started apologizing. Next she said…wait…so you don’t know I’m actually about 7 months pregnant. I was silent for a while. Didn’t know what to say. Eventually i said..wow…oh wow. This could go either ways. We can go with the flow or she can totally turn us down. I didn’t know what to say. Next thing she said was. “This is how the Lord works ??? I will do it”. I was both scared and excited so I promised we would keep it a big secret and only post the teaser after she had announced her baby. We got a nurse and a standby vehicle on set throughout and her husband @kolawoleajeyemi was so fantastic in helping her during the film (great guy). Toyin was such a delight to work with. She gave everything to make the pregnant character work. And when I mean everything I mean slams, falls and all. We were the ones worried even @_timini was concerned. She on the other hand was just having fun. Strong woman. She’s definitely on my top list of actors to always work with. Congratulations once again Toyin from the Elevatorbaby crew. Our baby is finally here. 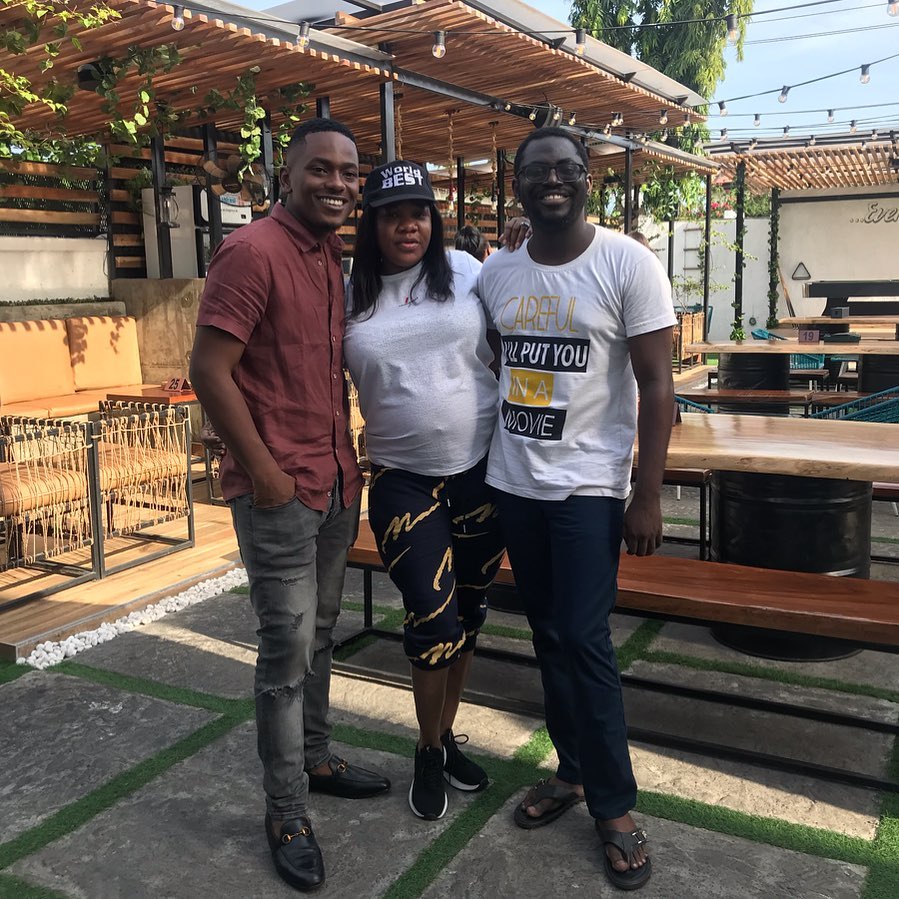 Hey Guys!!! OUR DELICIOUS TEASER IS HERE!!! We are proud to present the official announcement teaser for Elevator Baby, a dramatic-thriller written and directed by @akay_mason Akay Mason and produced by Niyi Akinmolayan. Elevator Baby is centered around Dare William, a privileged young man with a temper and his encounter with Abigail Kuforiji, a pregnant woman with a secret. When both characters get stuck in a faulty elevator, Abigail is forced into an emergency labour, leaving Dare with no choice but to deliver the baby himself. starring @toyin_abraham @_timini @actoryemisolade @brodashaggi @sambasaofficial @blessingjessicaobasi @iamshaffybello @blessingonwukwe @declectic @ememufot @waliu.fagbemi @mz_ene @mshoneyann Written and directed by @akay_mason Produced by @victoria_akujobi Executive Producers -Niyi Akinmolayan, Ola Olaniyi IN CINEMAS NATIONWIDE FROM OCTOBER 11th. Save the Date!!!