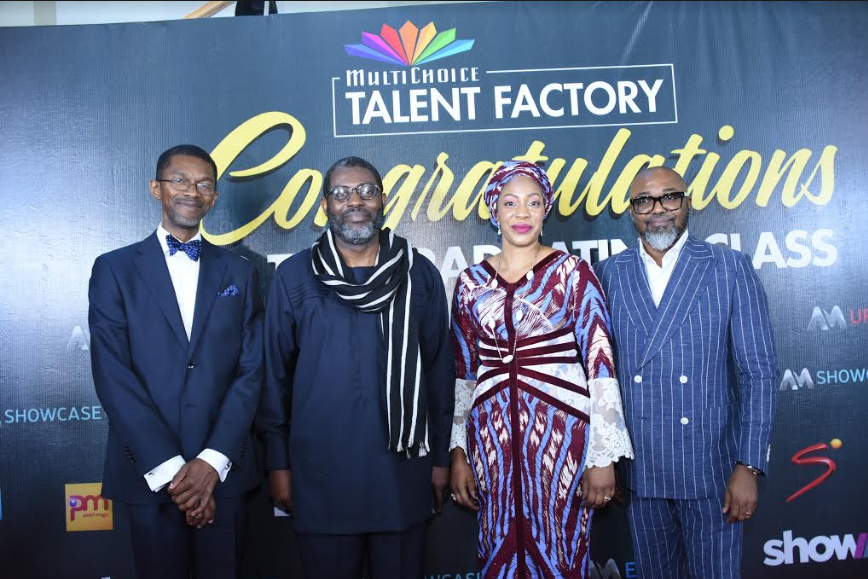 History was made on Thursday as the inaugural set of students of the MultiChoice Talent Factory West Africa Academy graduated in flying colours after a full year of training in film and television production. The graduation ceremony held at the Pan-Atlantic University, Lagos.

The students, both Nigeria and Ghana, underwent a 12-month tuition-free training in film and television production. The MTF Academy was launched by MultiChoice in May 2018 to provide a platform for emerging African filmmakers to produce high-quality content which tells the African story to Africans.

The auditorium which hosted the event was filled with the graduates and their families, the academy facilitators as well as practitioners in the African movie industry.

Chief Executive Officer, MultiChoice Nigeria, John Ugbe, who spoke at the event, explained that the graduates were selected from a pool of over 3,000 entries recorded during the selection process in 2018. Reminiscing on the journey, Ugbe explained that it has been his joy to see the graduates rise from greenhorns to proficient movie stars. 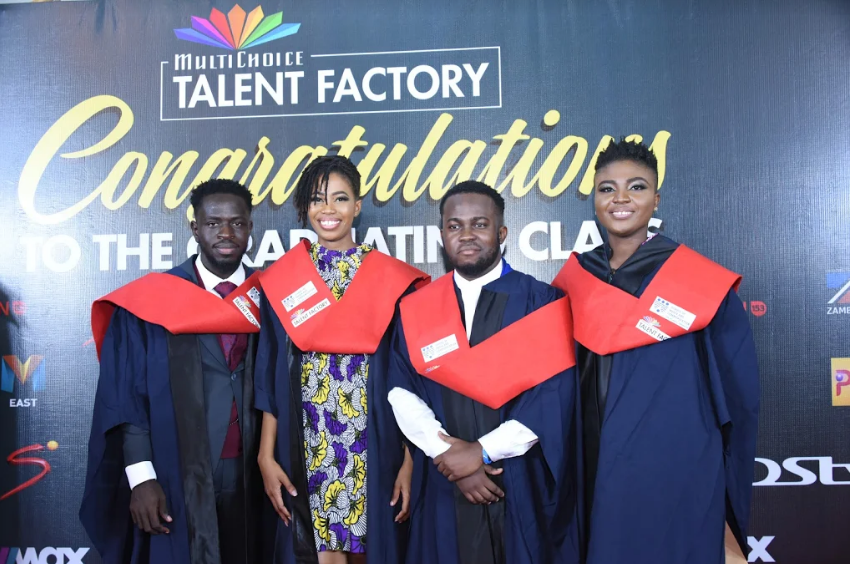 Brimming with smiles on his face, the MultiChoice Nigeria CEO applauded the students for staying resolute and completing the programme within the stipulated time.

He said: “From the first meeting with them at the welcome breakfast till now, I have watched them grow into confident and promising film and TV professionals; soaking up knowledge and skill from our esteemed Academy Director – Femi Odugbemi – and other leading industry experts who have tutored them. Their story that of growth.”

Ugbe urged them to maintain the discipline and professionalism which helped them to excel and use the skills acquired to create a positive impact on the African film industry and the society in general.

On his own part, ace filmmaker, Femi Odugbemi, who served as MTF West Africa Academy Director, stated that the graduates have been imparted with the necessary skills needed to succeed at the topmost level in the film industry. The “Battleground” producer further stated that the training was a landmark programme for both the students and the movie industry and commended the organizers for the initiative.

All the 20 students received their certificate for the completion of the programme, but some of them won scholarships for their remarkable performance during the duration of the training.

Gilbert Bassey, a 26-year-old Nigerian, won a scholarship to enhance his skills at world-renowned New York Film Academy College of Visual & Performing Arts (NYFA) as he displayed his multidisciplinary abilities during the programme. On his own part, Ugbe awarded the CEO Award for Entrepreneurship to two 24-year-olds, Kemi Adeyemi and Salma Saliu, for exhibiting great entrepreneurial skills during the year. They received $1,000 each for their exploits. As part of their coursework, the graduates were mandated to produce films for their assessment. The first, Life of Bim, will air on Africa Magic Showcase (DStv channel 151) on 21 September, while the other, Dreamchaser, will air on 28 September on the same station.