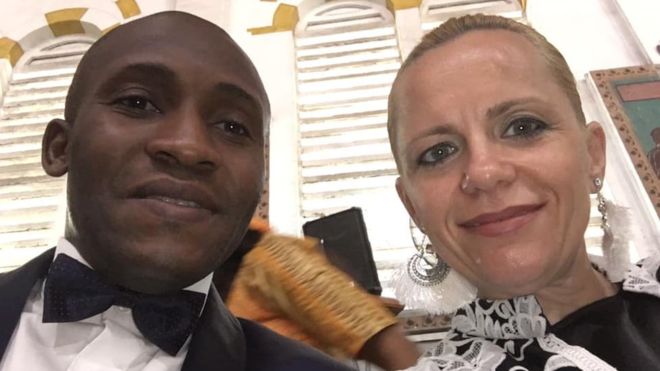 It’s been a devastating end of the year, with news of people getting killed either through accidents or robbery attacks.

On Sunday night, another upsetting news arrived involving the Managing Director of a shipping company, Maersk Nigeria Limited, Gildas Tohouo Tohouo and his wife, who were allegedly attacked by domestic servants at the Maersk compound in Lagos.

Tohouo was stabbed several times and is now in a critical state, while his wife was forced to drink a “toxic substance,” which led to her unfortunate death, Premium Times reports.

DSP Bala Elkana, the spokesperson of the Lagos State Police Command, confirmed the attack, stating that the two suspects have been apprehended while investigations are still ongoing.

Bala Elkana stated the suspects who committed the crime are Tohouo’s domestic staff, together with a friend he brought to assist him in carrying out the act.

We have the two suspects in custody, it’s a domestic incident. One of the perpetrators is his domestic servant, the other is his friend who is an electrician. We have gotten the knife they used to perpetrate the act and recovered the items they stole.

Elkana also revealed that he is still working on the official report on the incident and all details will be disclosed.