Nnedi Okorafor Futuristic Novel "Binti" Is Being Developed Into a TV Series at Hulu!

Chiwetel Ejiofor is British GQ’s Hype for the Week

A New Season of "Power" is Coming & Fans are Excited 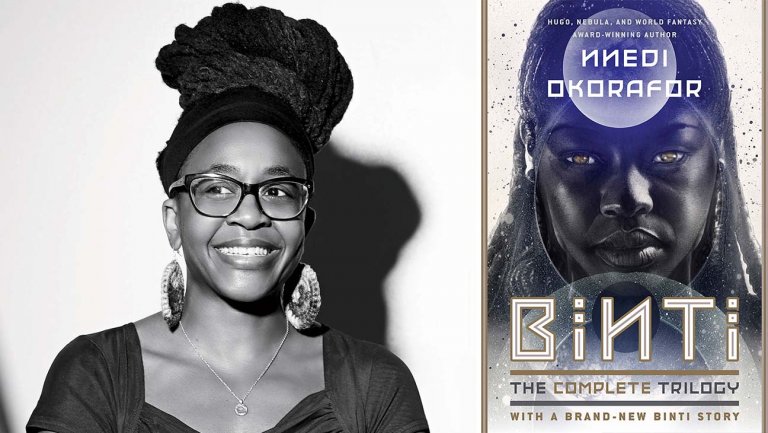 From Interstellar to Guardians of the Galaxy, from Star Trek to Firefly, there’s something captivating about people moving out of the Earth’s atmosphere into other galaxies. Well there’s a new star in space, and we are excited to announce that it’s from our very own Nnedi Okorafor.

The critically acclaimed book by award-winning Nigerian-American author Nnedi Okorafor Binti is being adapted into a TV series and set to premiere on Hulu. The three-part, science fiction novella will be adapted for screen under the studio Media Res according to Hollywood Reporter.

The script is being written by both Okorafor and writer Stacy Osei-Kuffour, who has previously written for Watchmen and The Morning Show.

Binti is set in a technologically and socially advanced future. It tells the story of a brilliant and rebellious young woman who is destined to lead her community in Africa. But when she’s admitted to the most prestigious academy in the galaxy, she chooses a different path and, rejecting her family’s wishes, leaves her community behind in favor of the starry skies.

The book is the recipient of both a Hugo and Nebula award for Best Novella, which are awarded to standout books in the genre of science fiction. Nnedi Okorafor took to her Twitter to share her excitement about the upcoming series, with the words:

“Finally, I can be public about it!”