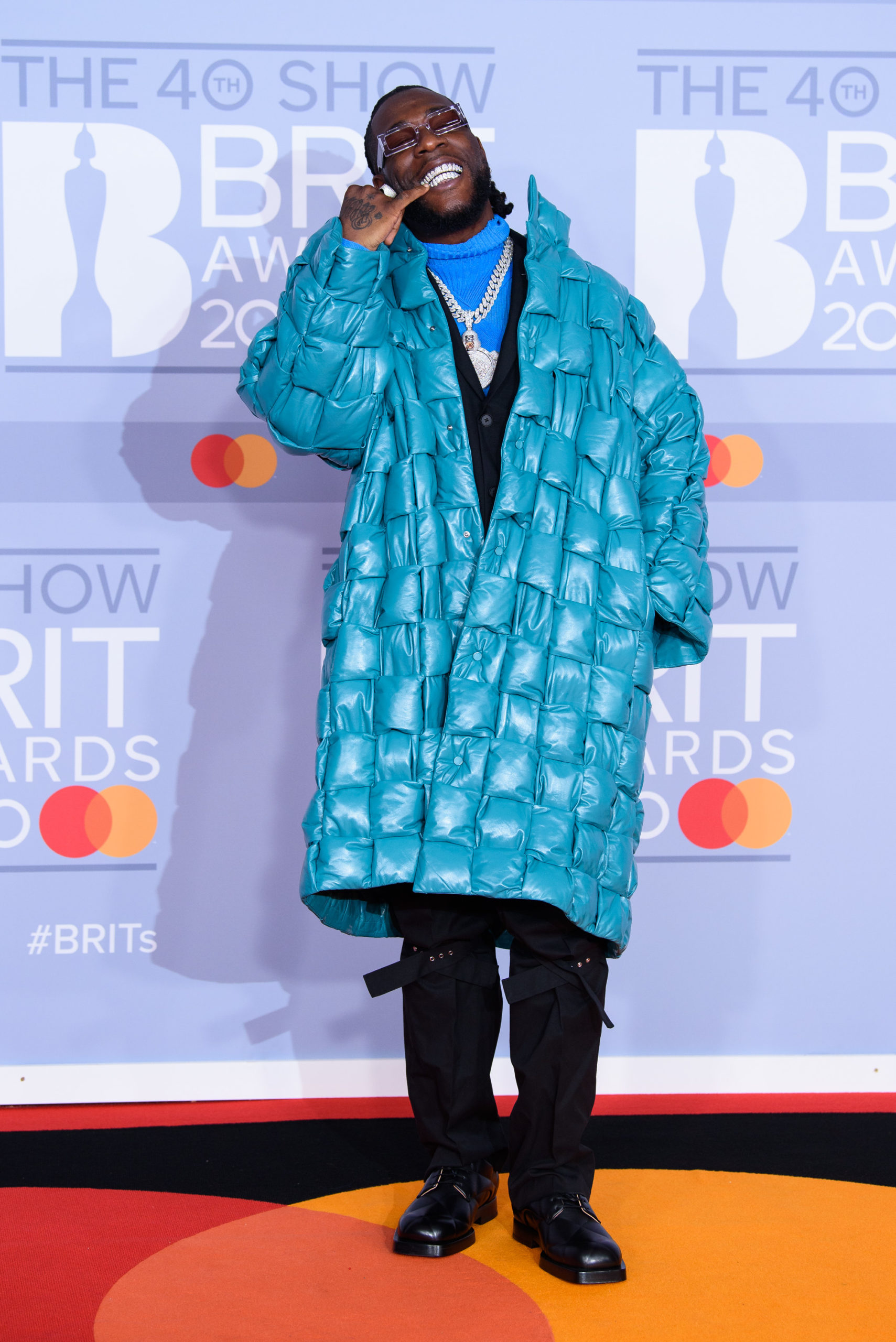 LONDON, ENGLAND – FEBRUARY 18: (EDITORIAL USE ONLY) Burna Boy attends The BRIT Awards 2020 at The O2 Arena on February 18, 2020 in London, England. (Photo by Joe Maher/Getty Images for Bauer Media)

Last night was the 40th edition of the BRIT Awards, with live performances from some the world’s hottest music stars at the moment including Lizzo, Billie Eilish, Tyler the Creator, Stormzy and our very own African giant, Burna Boy.

Before the awards show began, Burna made quite an entrace to the red carpet, showing up in an oversized teal green jacket with a big chain and rings—typical Burna-style. The red carpet host for the evening, Munyachawawa, had a chat with Burna Boy, who graciously promoted a number of Nigerian cuisine including our jollof rice and palm wine.

.@burnaboy is nominated tonight for Song of the Year but first, he wants to spice up tonight's menu with the help of @munyachawawa ? #BRITs pic.twitter.com/2v7iQ54lzf

During the awards show, Stormzy performed his number 1 UK music chart topper “Own It” which featured Burna Boy and Ed Sheeran, and on hand to support him was Burna who joined him to perform at the O2 Arena.

The performance was beautiful and captivating.

Shortly after, Burna continued rocking the stage as he performed his solo hit tune “Anybody” to the excited audience.

Burna Boy was nominated in the ‘International Male’ category, which he lost out to Tyler, the Creator.

We’ve got more Deets from the Launch of ‘IDÔLE by Lancôme’ + Spot your faves ?