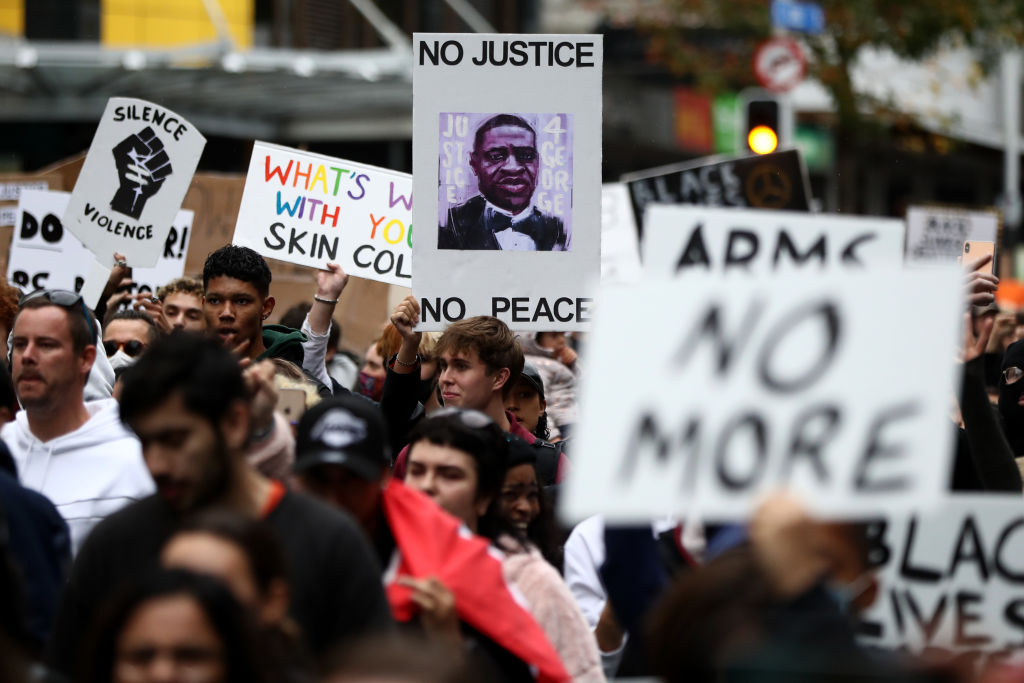 AUCKLAND, NEW ZEALAND – JUNE 01: Protestors march down Queen Street on June 01, 2020 in Auckland, New Zealand. The rally was organised in solidarity with protests across the United States following the killing of an unarmed black man George Floyd at the hands of a police officer in Minneapolis, Minnesota. (Photo by Hannah Peters/Getty Images)

The family of George Floyd, the man murdered by the police in Minneapolis, are still trying to come to terms with his death.

George’s death, caused by a white police officer kneeling on his neck for almost 9 minutes while George repeated, “I can’t breathe” has caused widespread protests not just across the United States, but the world.

The family is grateful to everyone, he said. And they’re hoping for justice, for change, because this cannot happen to anybody else.