Khafi who hasn’t been present at any of the reunion shows took to Twitter to share her opinions on what happened during the last episode. The reality star says the reunion show had become toxic and wondered why the ex-housemates who claim to have issues with her haven’t once reached out to discuss any of those issues with her even though “every single housemate has my number.” 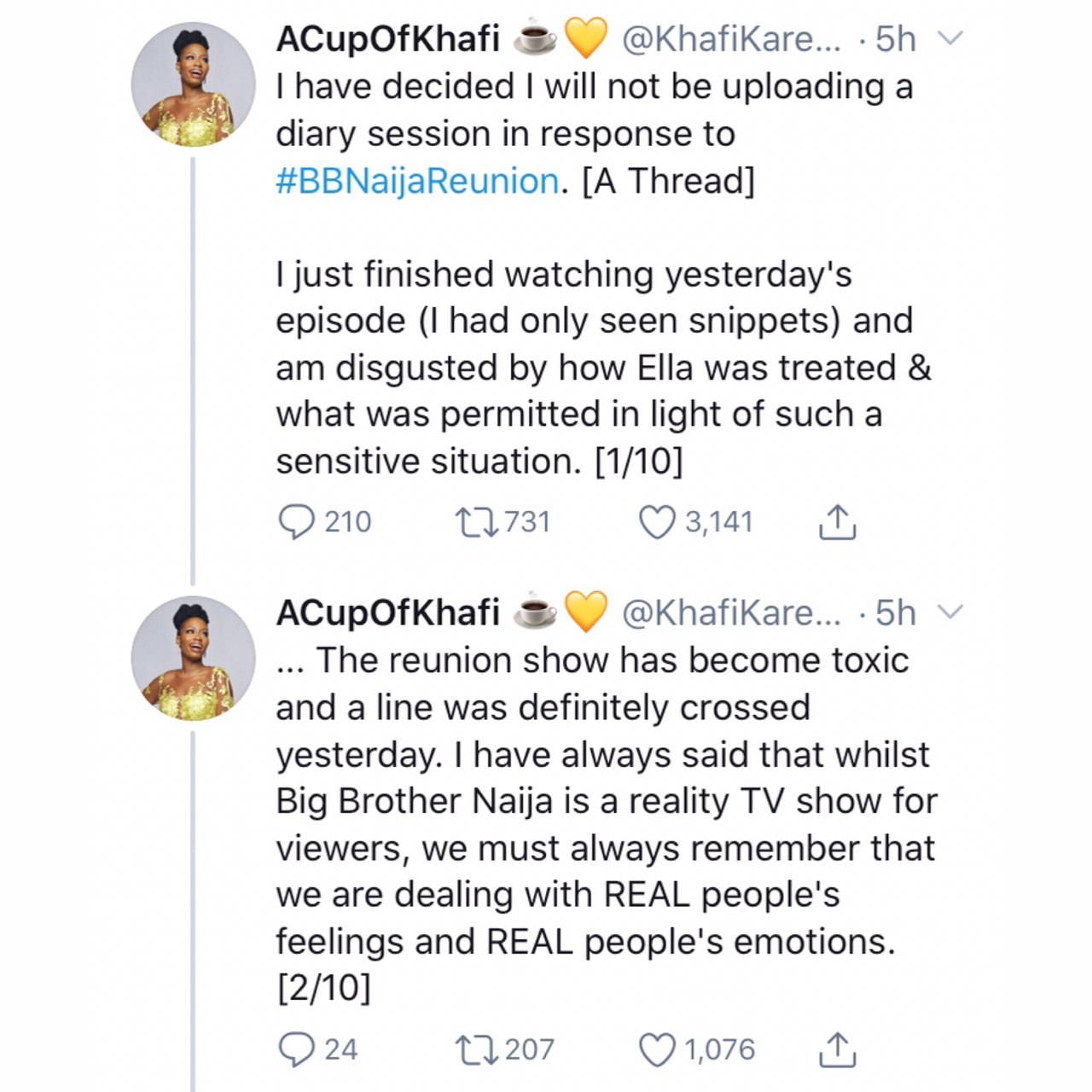 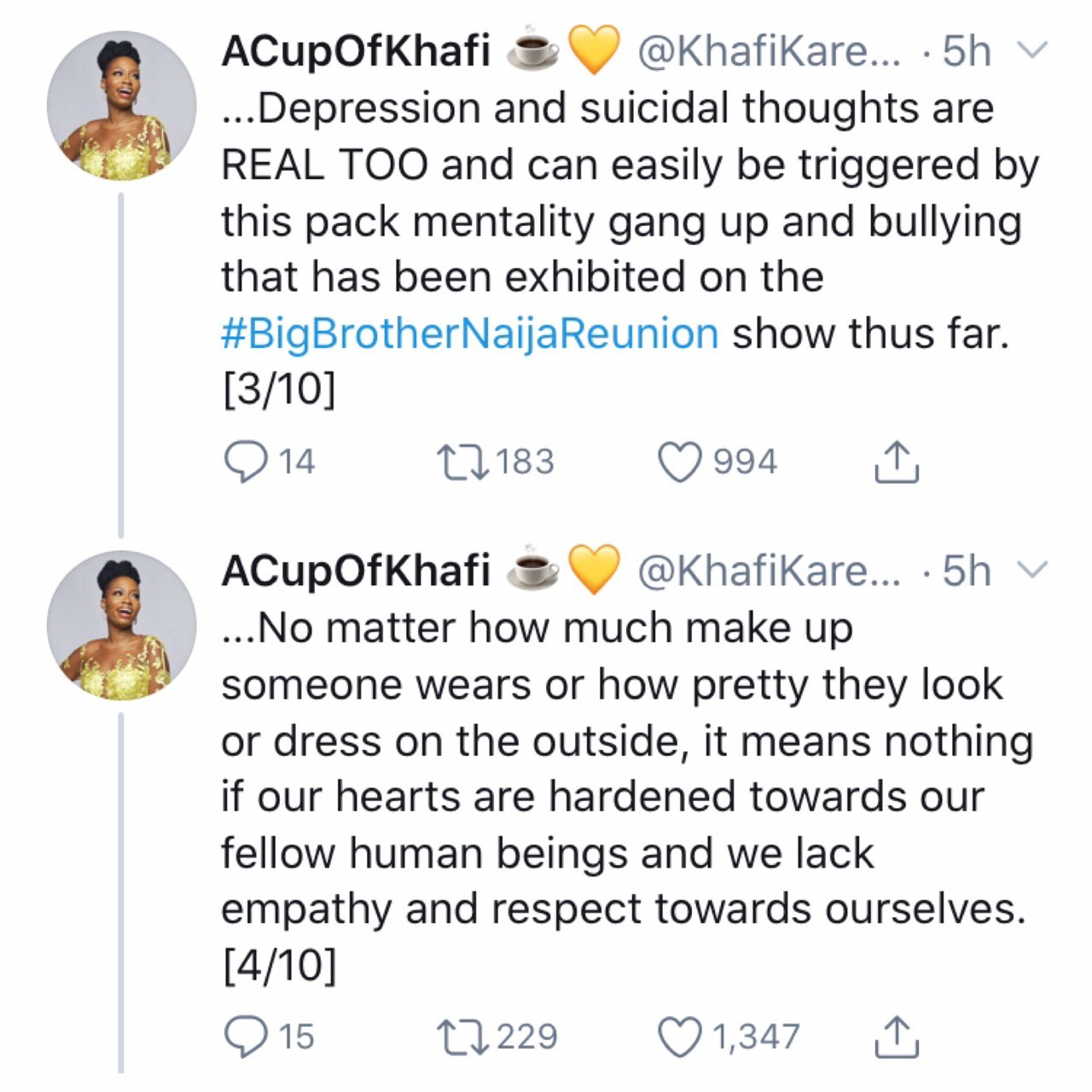 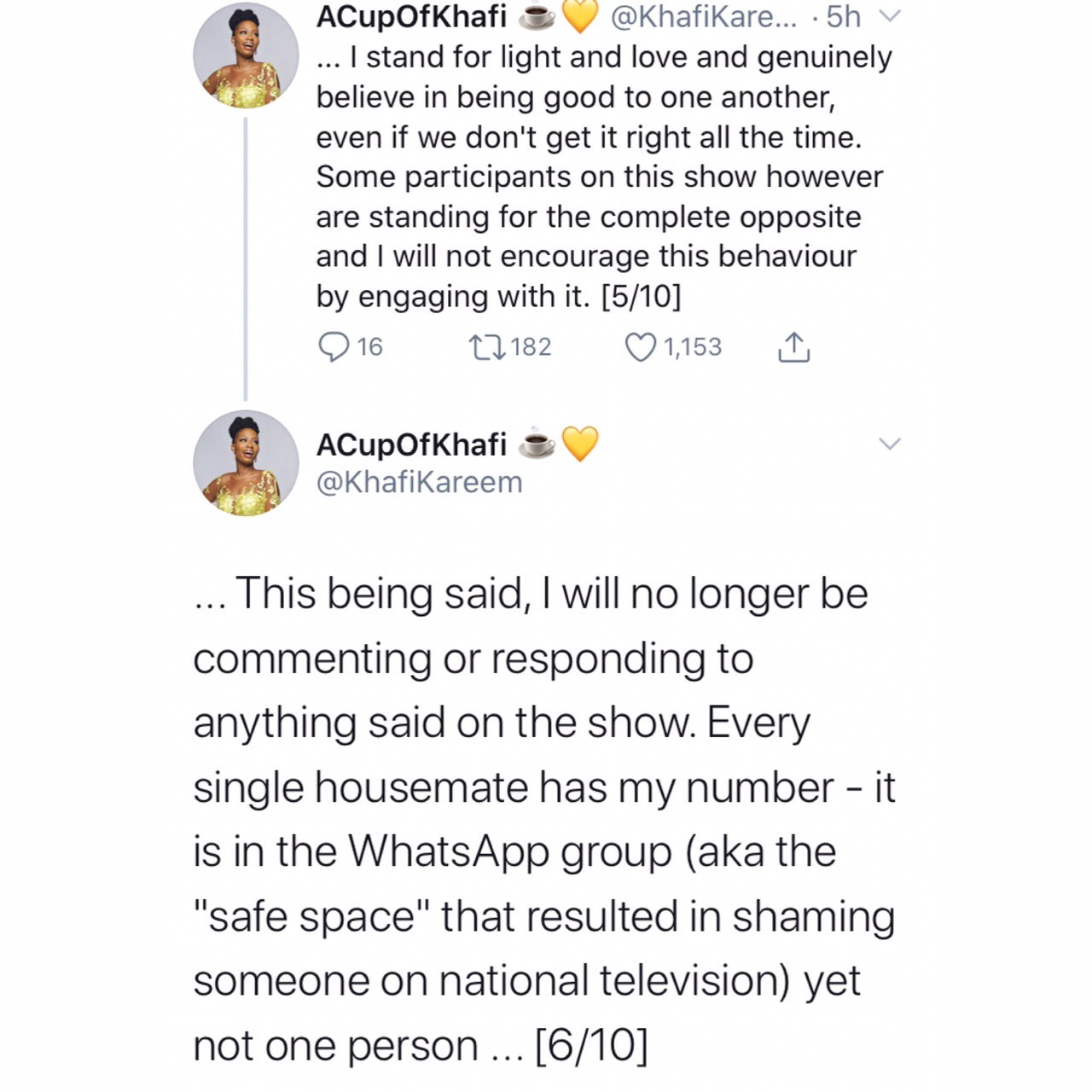 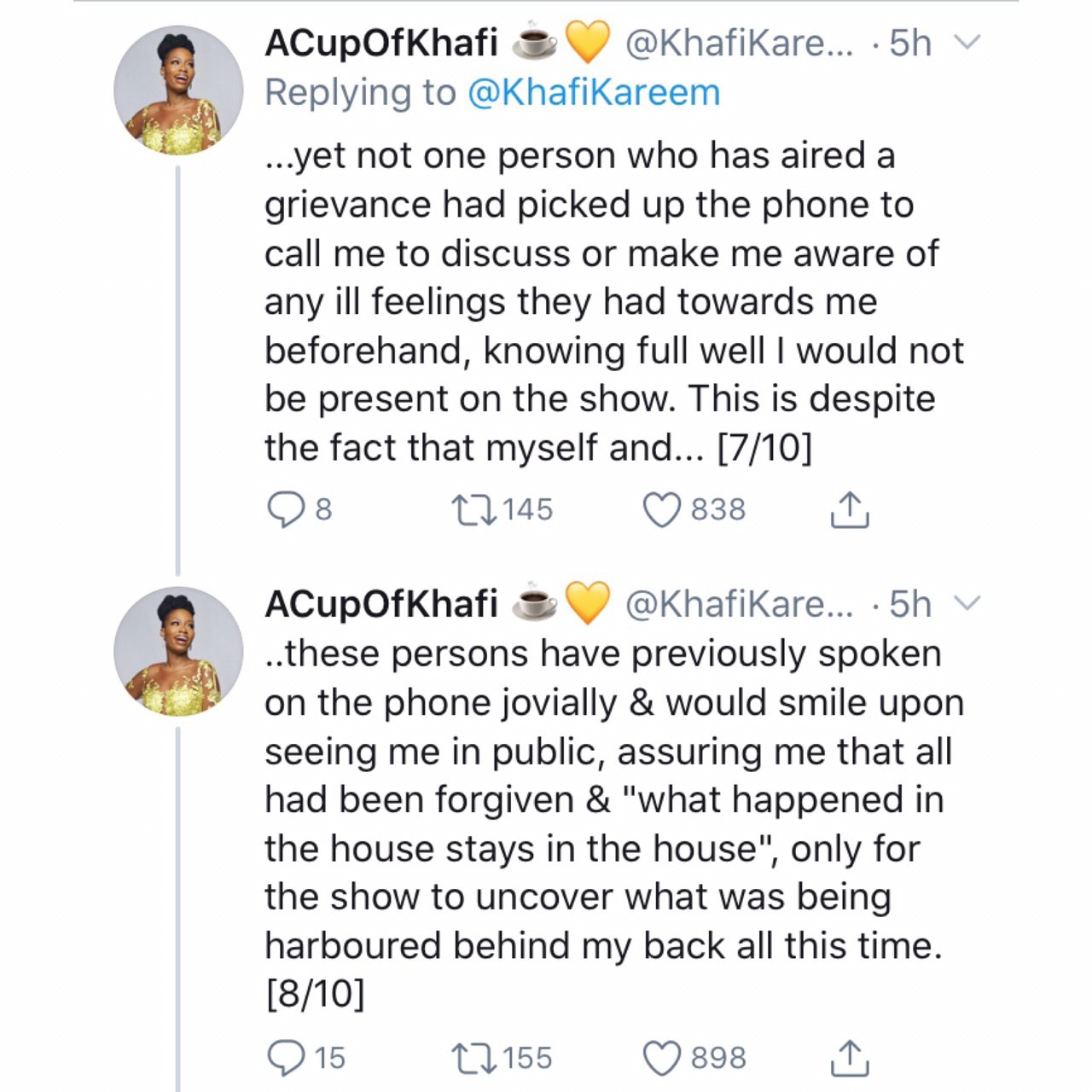 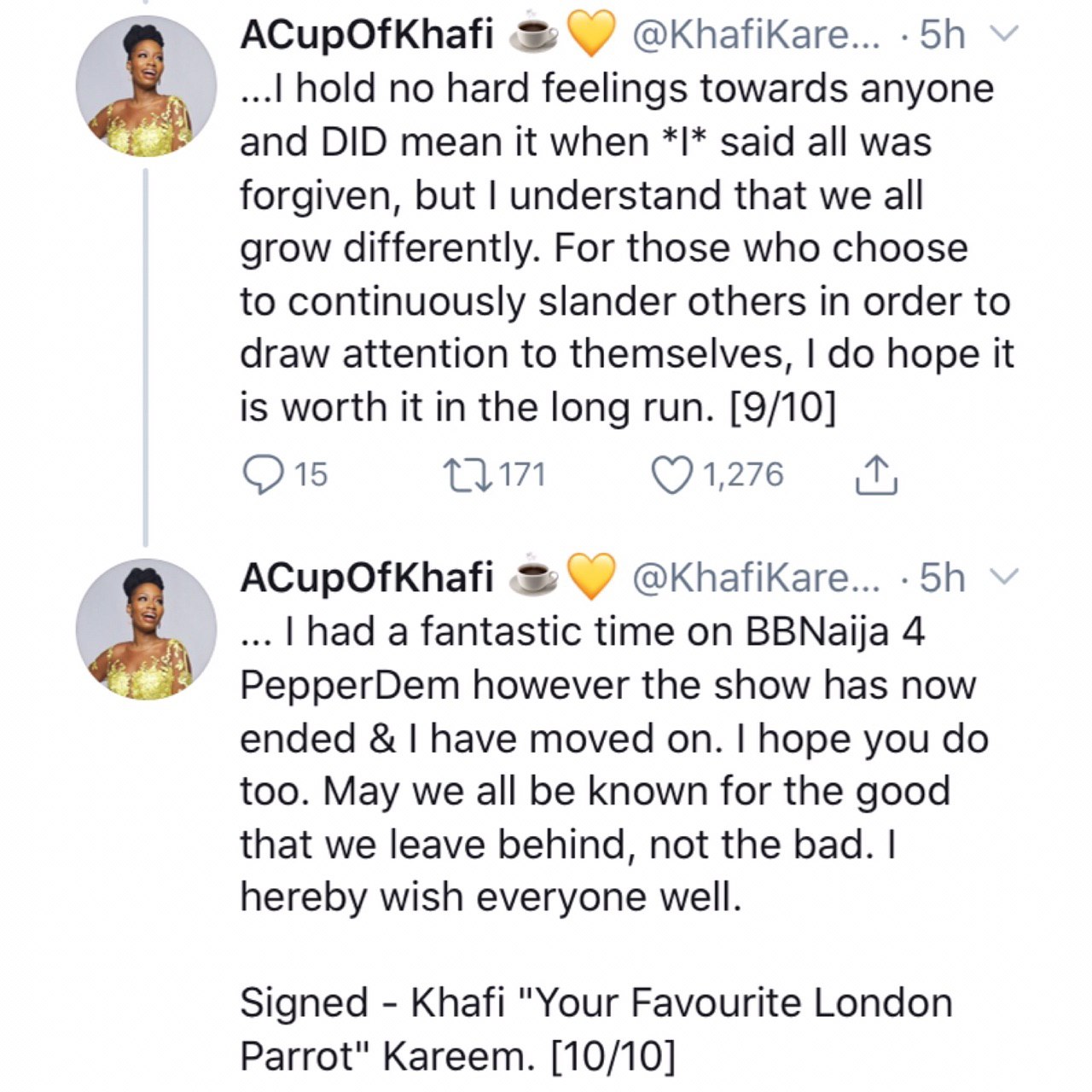 Sophia Momodu is Looking Forward to a New Chapter of Growth, Peace & Tranquility