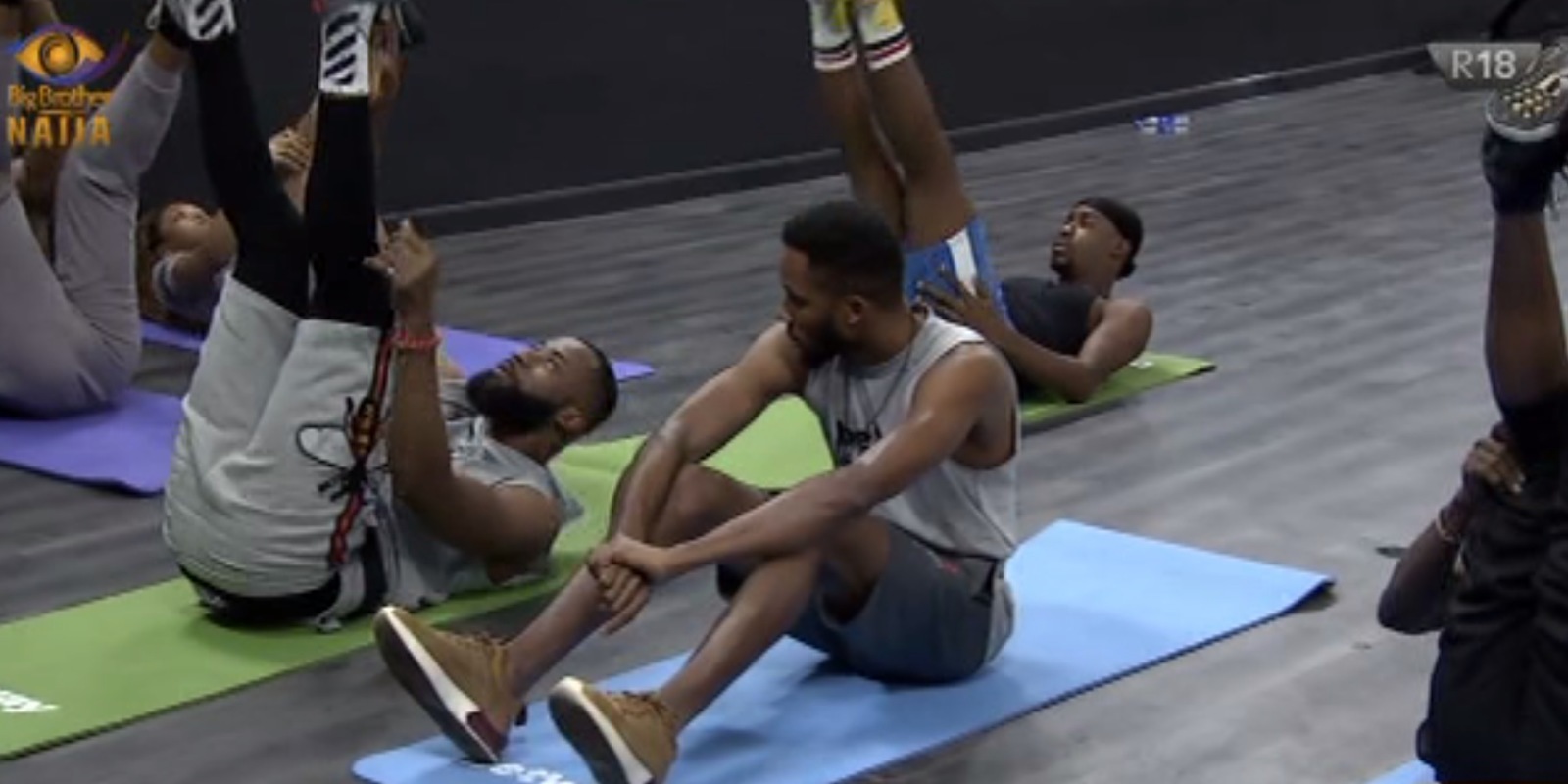 Like a lot of things in life, gym too can be influenced by external factors. It seems last night’s Wager loss took its toll in on the Big Brother Naija Housemates as today’s work out lacked the vigour we have all become accustomed to seeing. The Housemates still went about doing their best to stay fit, but the joy was sorely lacking.

Of all the Housemates, Lucy our Head of House seemed the most determined to work out her stress during the sweat session. Whether she was working to separate herself from yesterdays disappointment, or just trying to get fit as her tenure is coming to a close, of all the Housemates her work rate had to be the highest.

Seemingly suffering from the heavy toll that gossiping left on him, Brighto barely managed to break a sweat today. Could it be that our resident secret-spiller is weighed down by his guilt, or is flapping his tongue about other people the exercise he prefers doing? After last night it’s clear that Brighto’s gossip muscles are as strong as Eric’s real ones. 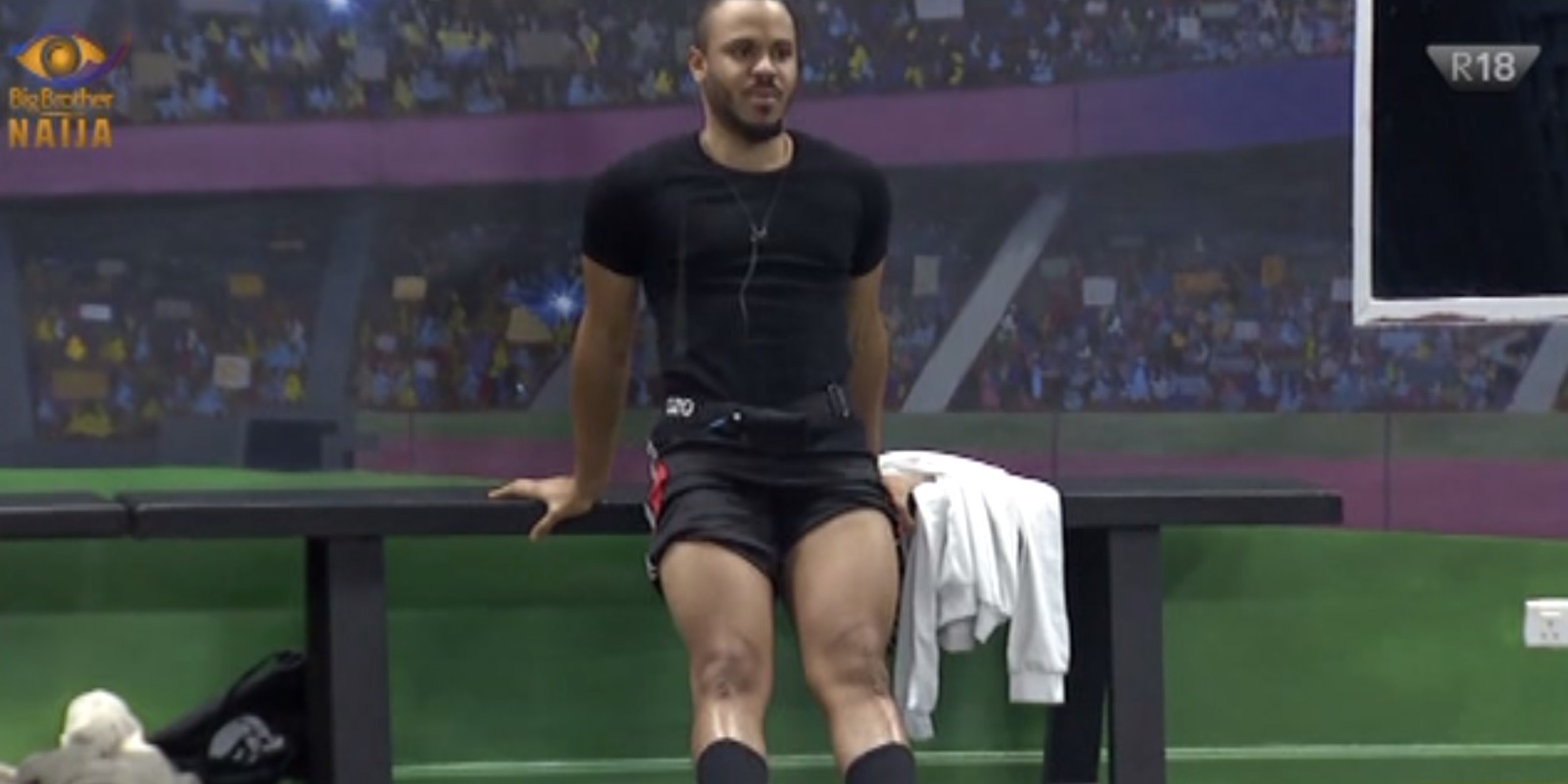 Praise has never faltered from being the life of the party and master of creating good vibes. He was able to get the Housemates a little excited about the session, but even in his exuberance, the fire we have become accustomed to seeing was missing. It could be that Praise’s mind is more focused on the upcoming no holds barred truth or dare session that will be taking place in the “Dark Room”?

Ozo has always been a fan of working out separate from the Housemates and today he spent the majority of his workout gyming without the burden of the company. His calm demeanour even extended to his gym time as he went about his business with purpose and no emotion. Could it be that a lack of emotion is just how he handles everything?

Dorathy was one of the few that managed buck the trend and do more than their usual efforts. In one of her most productive sessions to date, Dorathy showed us how she maintains her curvaceousness. She managed to give Kaisha a run for her money when they were engaged in core work. Seems as if Dorthay is as excited as Praise about tonight’s truth or dare and her workout was just the warm-up she needs to prepare for it.

Lilo continues to be closer to Eric than his spirit and again spent the majority of her workout right by his side. It seems that when you enter a ‘ship this season, you don’t get time off, even when you are managing your fitness.

Today’s work out shows that even when the Housemates are trying not focus on issues in Biggie’s House, they have a way of creeping into the situation. Let’s see if the game of truth or dare helps makes tomorrows gym time more fruitful.

After many losses and moments of pure buffoonery, the Big Brother Housemates finally got the chance to show they can play games and win. After enjoying lunch the Housemates were alerted by Biggie than another round of Betway Trivia was to take place. The format was identical to the last time with 30 questions being asked, the only difference was the Housemates were allowed to choose who should be on which team. 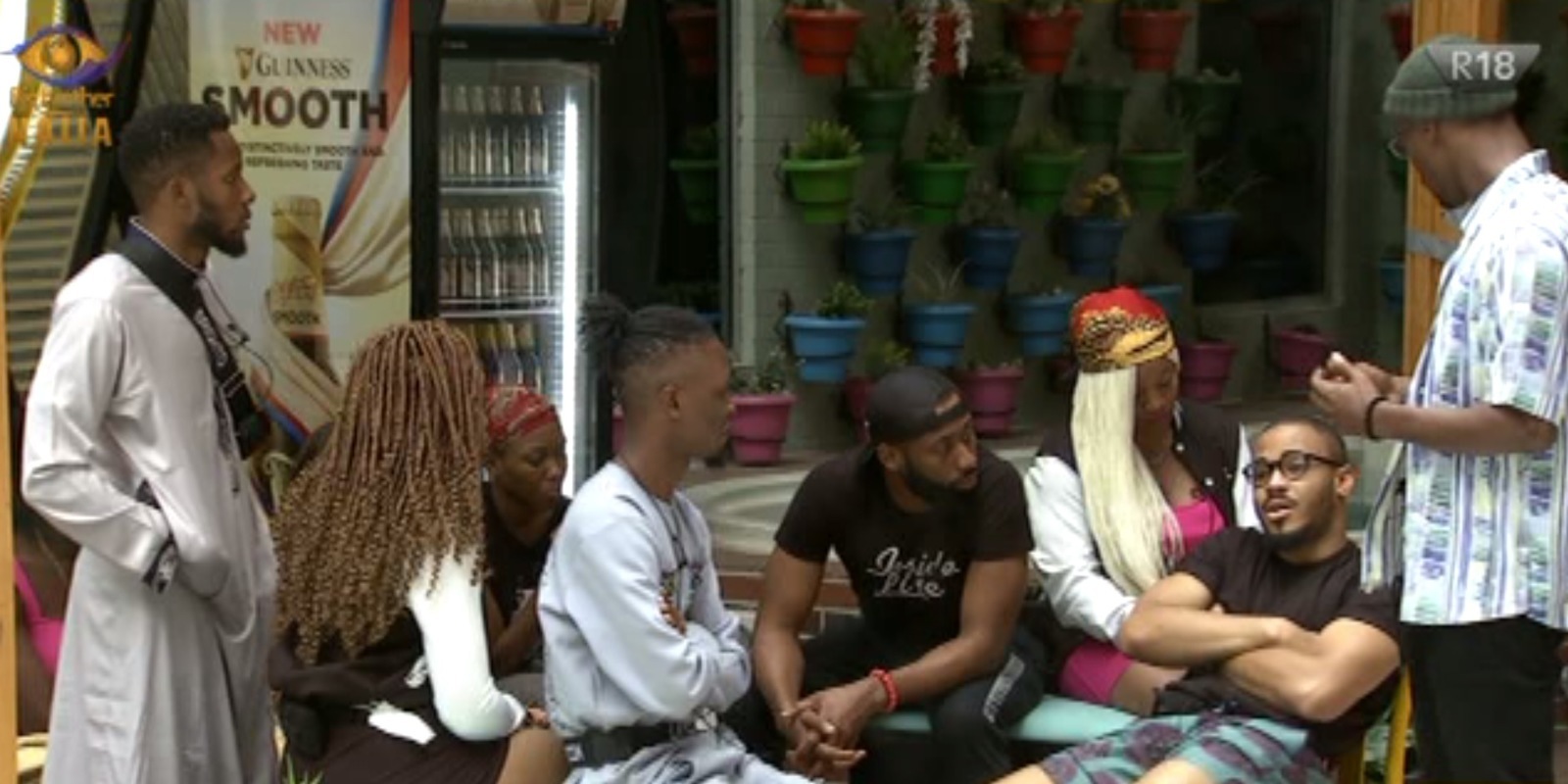 The simple change of being able to choose teammates made a marked difference in the cohesion of the group and their performance overall. Where the Housemates had struggled with simple questions last time around, the comradery this time aided the Housemates to answer more questions correctly than before. 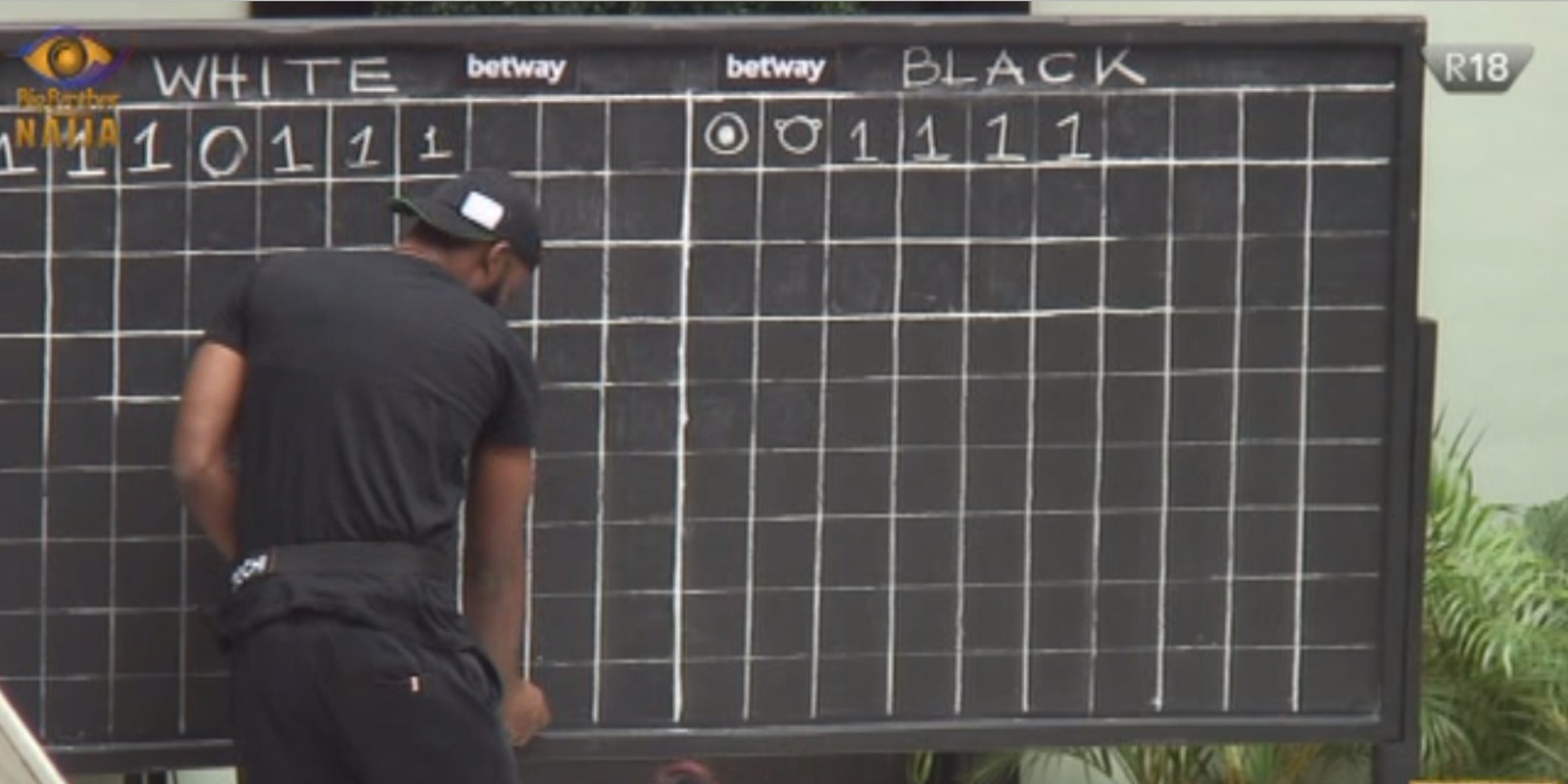 There were also glaring moments that showed an interest in sports isn’t universal, such as when Lilo struggled to pronounce Wimbledon. Her pronunciation was so shocking that even the usually supportive Eric, hung his head in shame. This time around the Housemates managed to score many more points than their first attempt and grew leaps and bounds in their understanding of each other and confidence.

If they can manage to carry the momentum created by this successful Betway Trivia into other Tasks, activities, and into Arena games, the Housemates will be winning games and each other’s respect in equal measure. 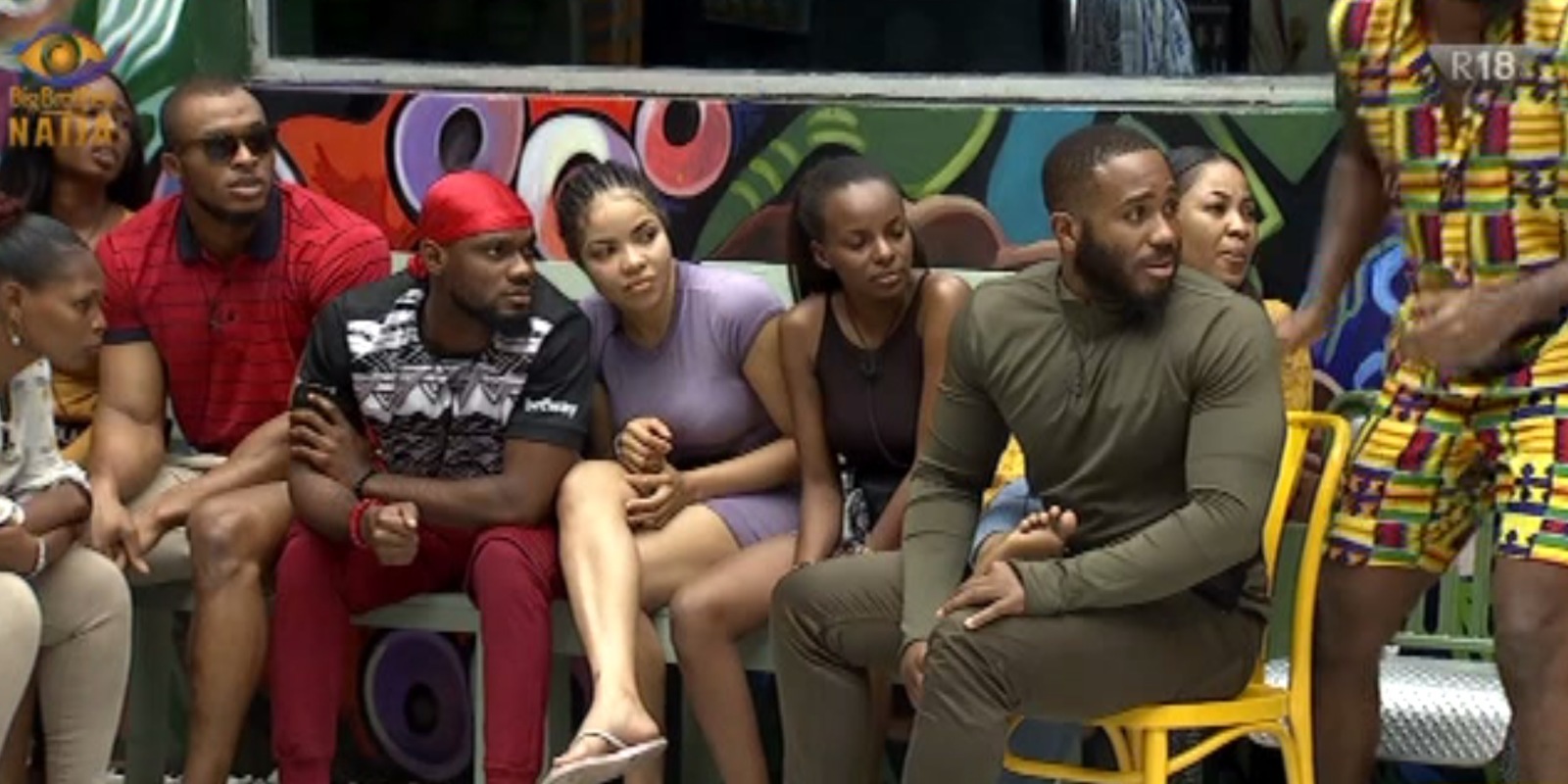 When Neo and Vee started, nobody predicted it would get so intense.

From the moment Neo noticed Vee enter Biggie’s House, there was no doubt that he was interested in being more than just her friend. When Vee reciprocated the attraction and their ‘ship launched, it was nothing but blissful smooth sailing. Now as they manage the rough waters of misunderstanding and shifting expectations, we all wonder if this ‘ship will continue sailing or be the first one to sink in Big Brother Naija Lockdown.

If we are being honest, this ‘ship only sailed because of Vee’s go-getter attitude. She initiated the connection by making herself available to Neo and constantly making her intentions of ‘shipping with him clear. She was the captain of this ‘ship from day one. Neo was the one who dragged his feet and had it not been for Vee’s forthright and forward nature, Neo would still be sleeping alone. 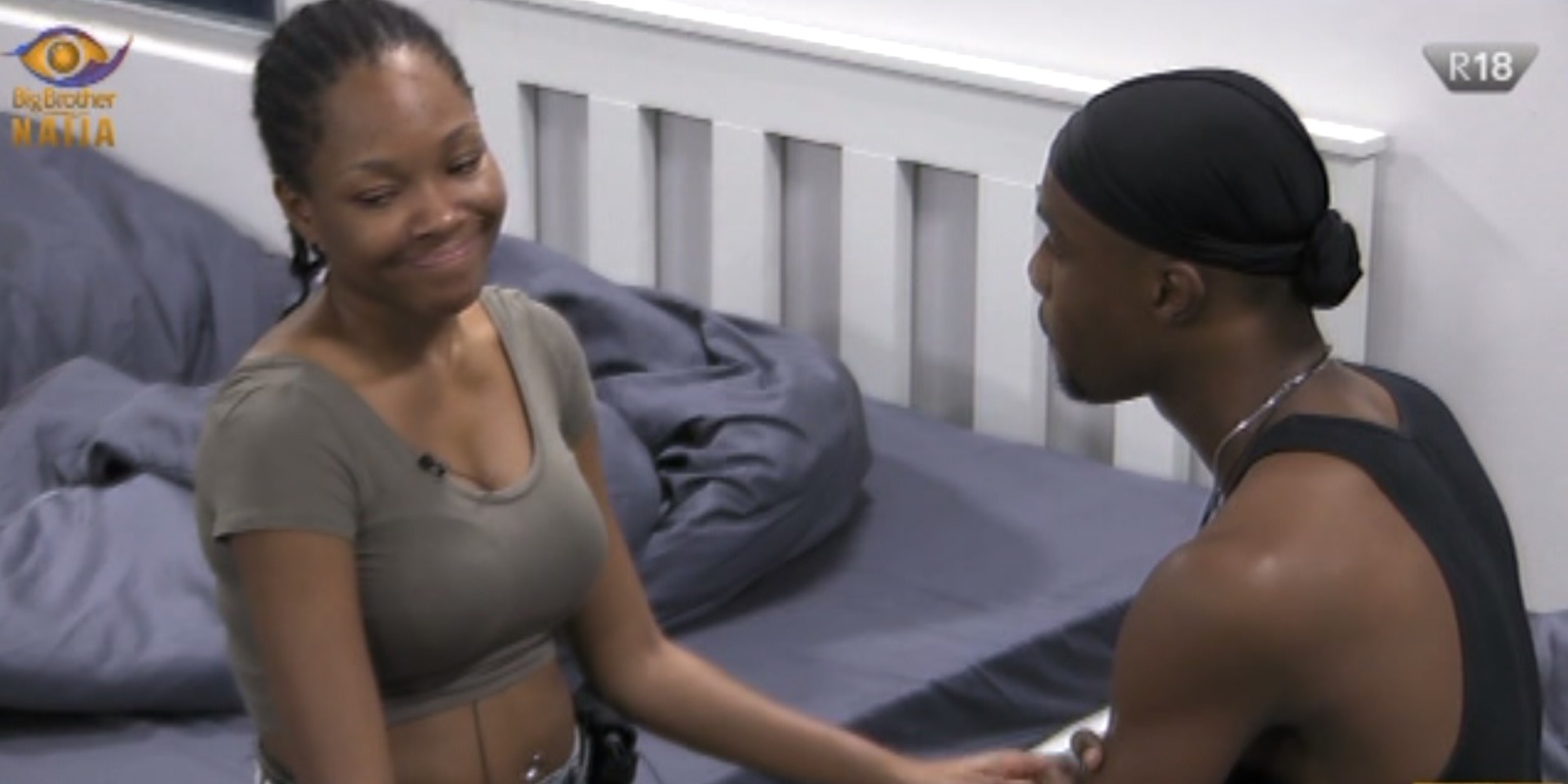 In terms of sharing and showing affection, Neo started by being reserved and unwilling, while Vee used each passing moment to grow the bond and mark her territory. Over the last three days, there has been a change in the captaincy as Neo began to be more possessive of Vee. During every interaction with another man, Neo could be seen hovering and visibly disgruntled. Our boy was officially hooked and no longer afraid to show it.

Is the ship sinking?

After breakfast had been served, Neo and Vee sat down in the living room and began a heart-to-heart conversation that threatened to end their ‘ship. During the chat, Vee made it clear that Neo is her be-all and end-all, but his constant jealousy isn’t warranted. Vee shared that she doesn’t have eyes for anyone else but Neo, but his constant clingy behaviour is making it hard for her. At first, Neo resisted her request for a little more freedom. He was so aggrieved by her wishes that he had to take a break from the conversation to sit with Eric and discuss the matter.

During his chat with Eric, there was a noticeable shift in Neo’s tone and understanding of what Vee was asking of him. After taking Eric’s advice about working out the dilemma, Neo went back to the living room to rehash and resolve the tryst with Vee. This time around, his tone was a lot more authoritative and less confrontational. Neo told Vee that she is lucky to have a man as dedicated and caring as he is. He conceded to give her the space she wants but the force he did it with might have been too much for our lovely lady from London to handle.

They ended off the altercation by sharing an embrace and there is no telling if it marked the end of the issue or if it signalled that this was the last wave that caused their ‘ship to sink. The only way we will know is by doing what we have always done, and staying tuned to every moment of Big Brother Naija Lockdown.

The Housemate that finishes the course the fastest must be pampered for the rest of the week. The Housemate is also exempted from chores and entitled to a spa session and regular meals.