How do you think the Housemates performed in this week’s Wager Task presentation? Let’s see…

On Monday, the Lockdown Housemates were tasked to create an original comedy showcase dedicated to all the former Housemates. For the presentation, they were asked to take on the character and personality of each evicted Housemate and re-enact some of their fondest moments in the House.

The presentation took place in the Lounge and with the Head of House coordinating the whole process alongside Trikytee acting as the host of tonight’s show, all housemates fully participated in the presentation.

We went to the streets of Twitter to see what the fans had to say about the Task presentation and here are some reactions we got. Biggie asked them to put on a great show and have fun. Now let’s see if they did just that.

It was such a funny and relaxed presentation but is this what Biggie meant when he said they should put on a show and have fun? Do you think this will earn them a third Wager win this Season?

The geng had a hilariously good time remembering their former Housemates. Will the laughs be enough to make Biggie hand the Big Brother Naija Housemates their third Wager win?

After a week filled with disagreements and tears about how to go about perfecting this comedy Wager, the Big Brother Housemates presented their efforts. There were moments of mirth and misses, but all round it was a great attempt at showing the funny side of those who are no longer in Biggie’s House. 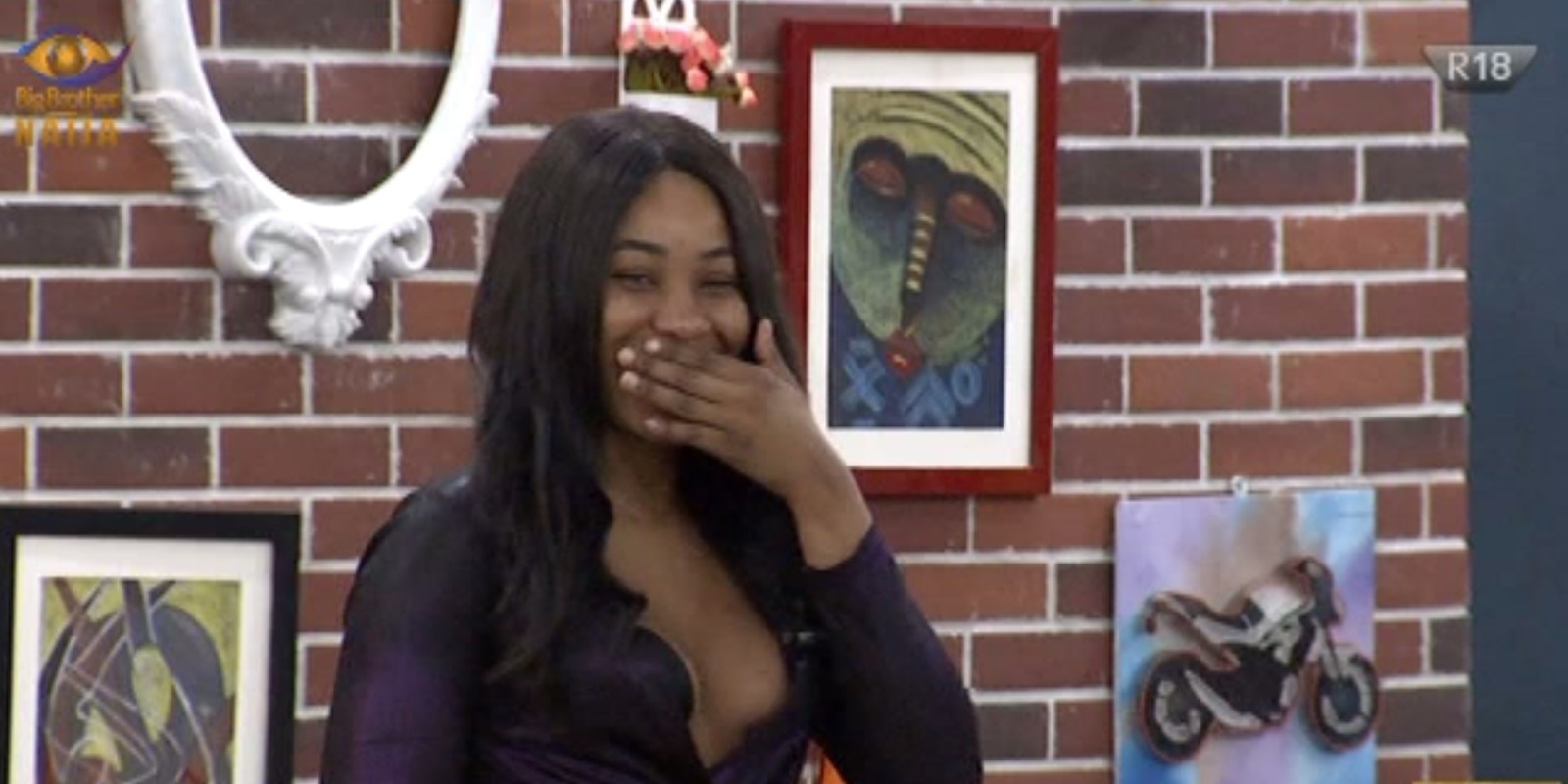 It all kicked off in the living room as Erica introduced the Housemate who has been the MC for the majority of presentations, Trikytee, and tonight he was at his comedic best. His introduction of Prince was overshadowed by the stuffed pants, and wig that made the impersonation of Ka3na an instant chuckle maker. 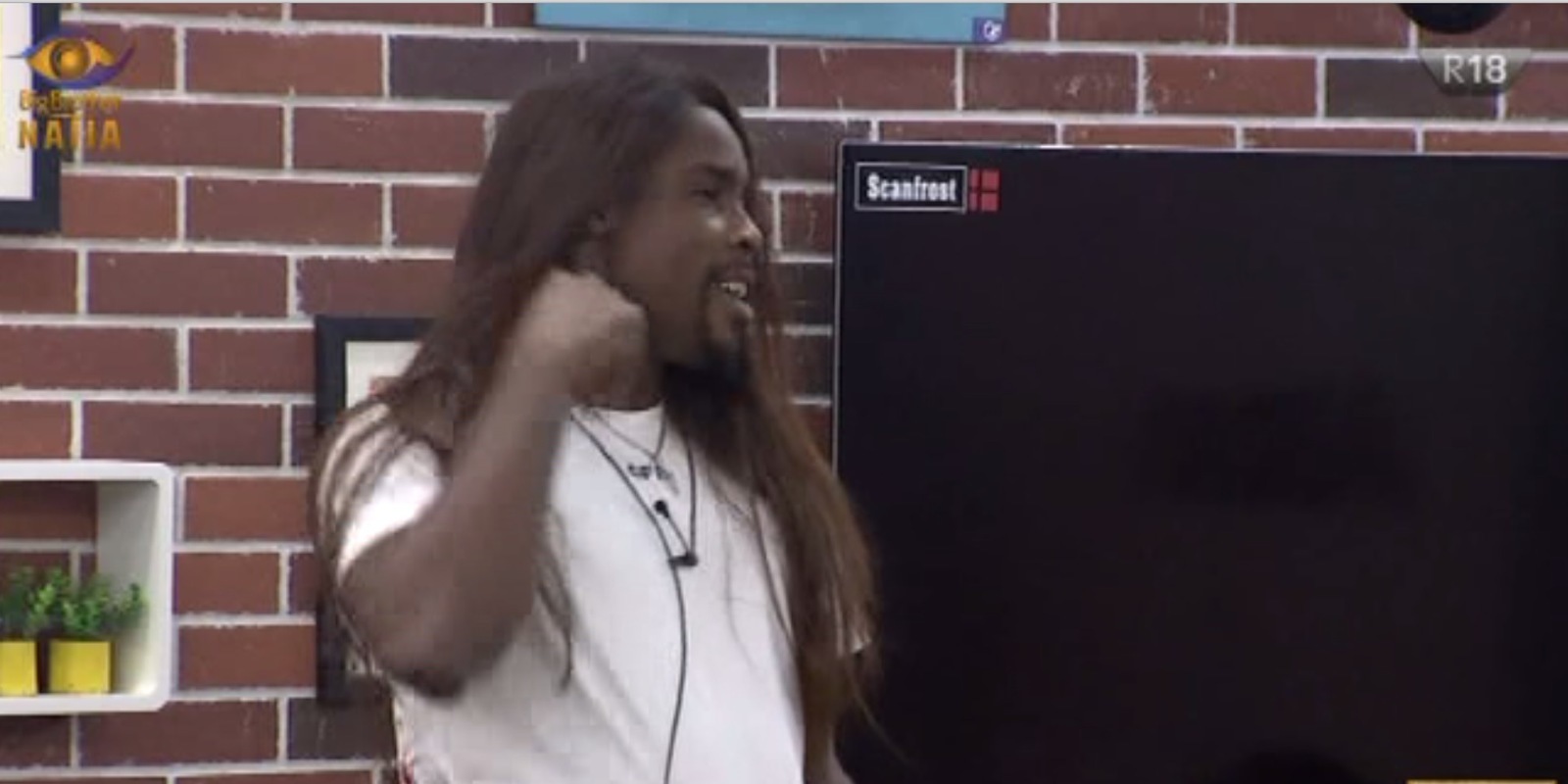 Dorathy followed Prince and her Lilo impression was so on point that the Housemates couldn’t help but scream “Obviously” every time the performance prompted it. Her performance was aided by Kiddwaya’s realistic mimic of Eric that prompted riotous chortles as Kidd piggybacked Dorthay off stage. 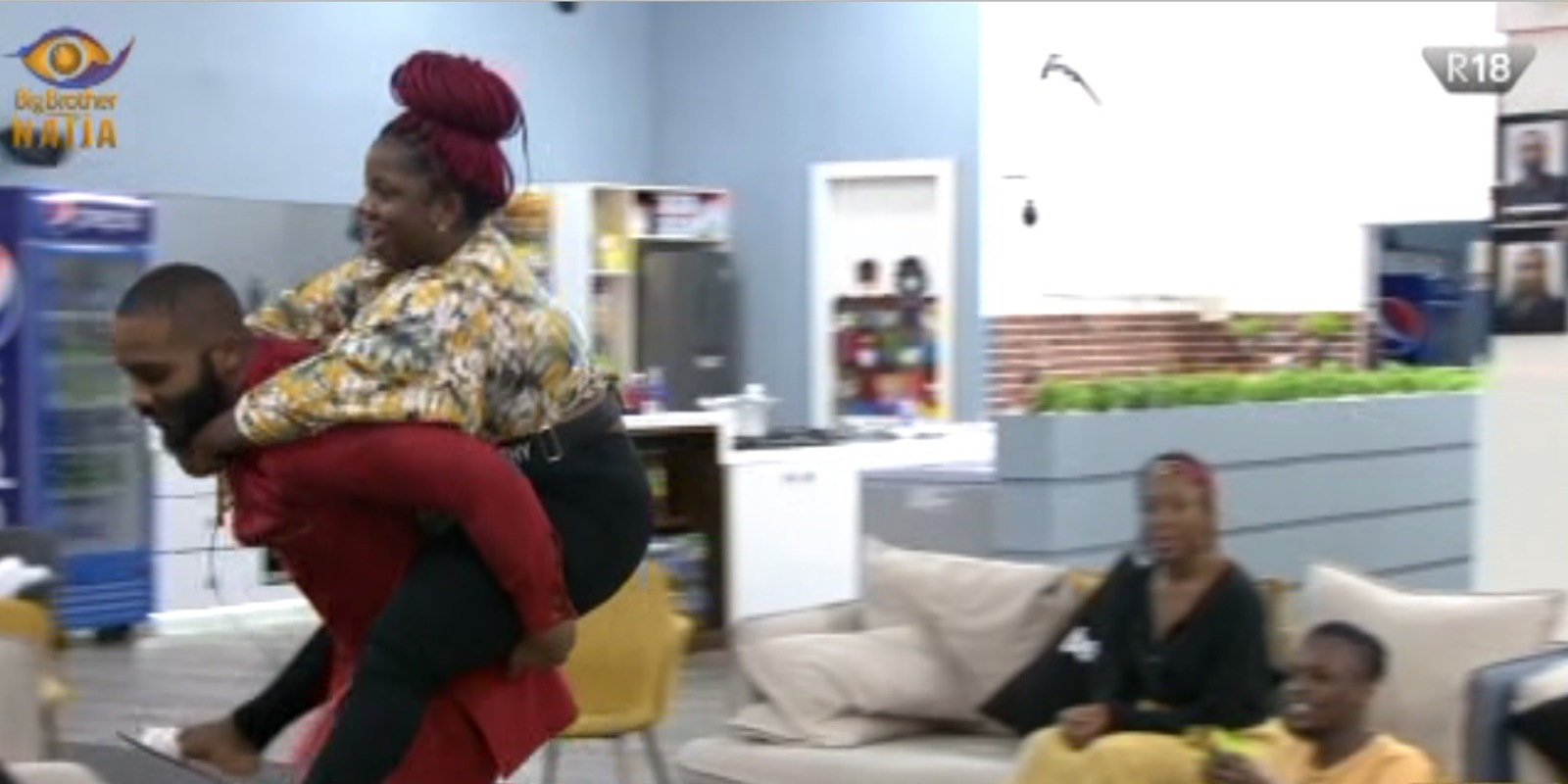 Ozo was the next to show his acting chops and his rendition of Tochi had the whole geng screaming “It is what it is” in unison followed by laughter. Vee’s take on Praise might have been the highlight of the presentation as it inspired the whole House to jump up and dance in front of the mirror with her. Nengi followed with an admirable attempt at Wathoni, which paled in comparison after Vee’s effort. 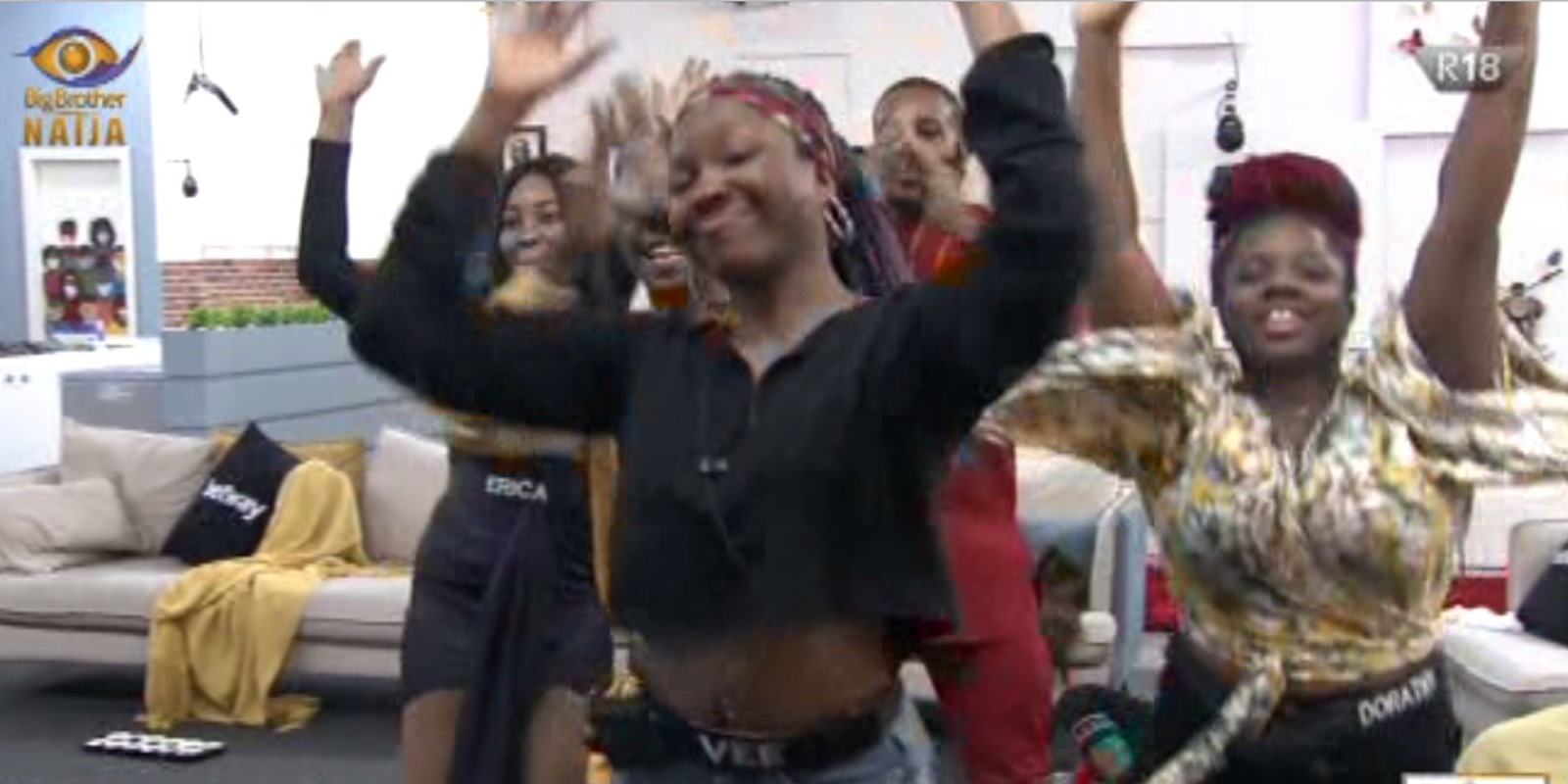 Laycon brought his A-game to his Brighto impersonation and nuances like the signature shoulder shrug forced chuckles out of everyone watching. Trikytee did a solid job as Biggie before Lucy stood up and happily reminisced about the former Housemates. This inspired others to do the same. The Housemates wrapped up their presentation by sharing memories and thanks with the Housemate’s that made the impressions possible. 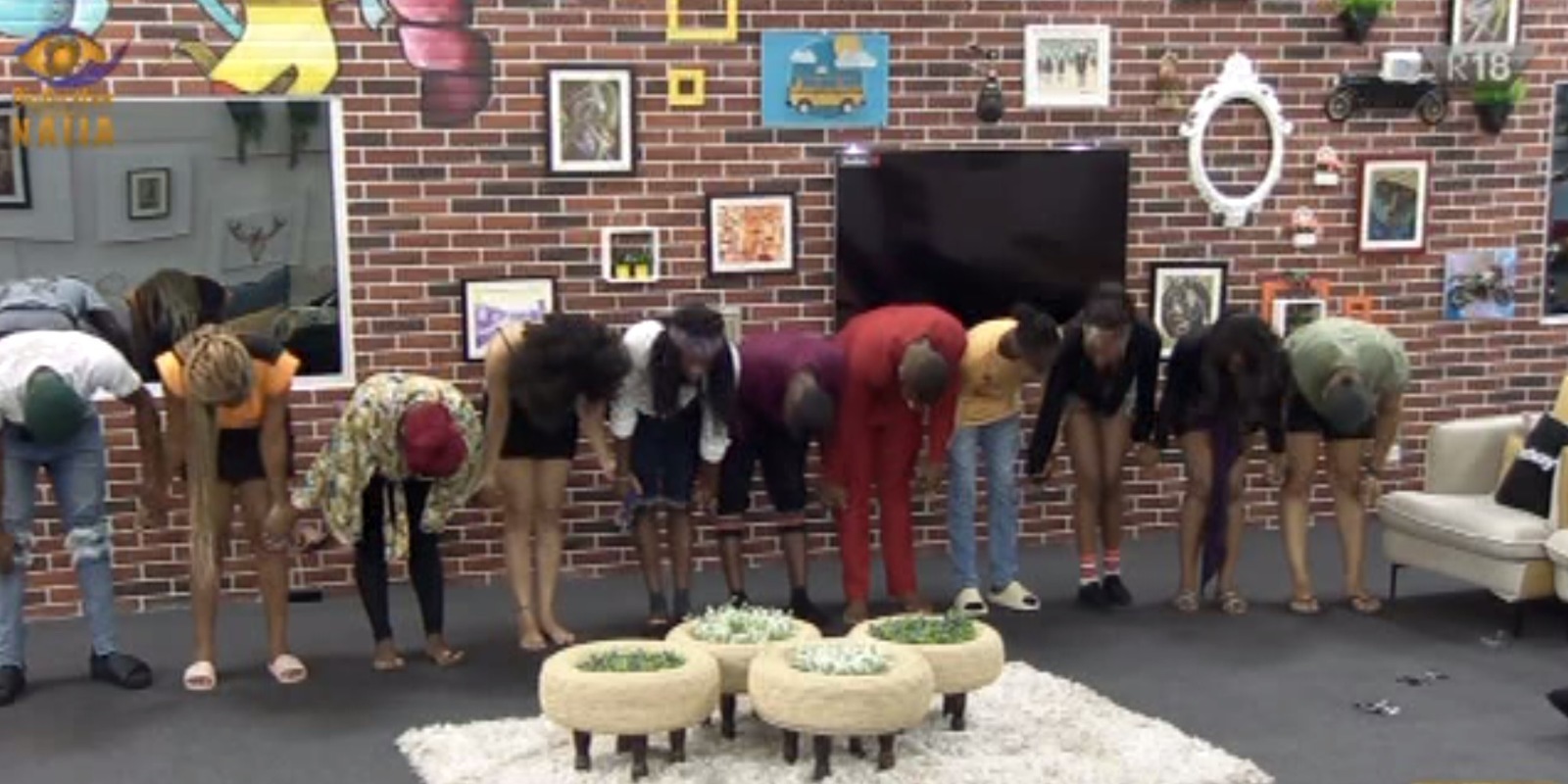 A wonderful attempt at the comedy Wager by the Big Brother Housemates, and tomorrow we will see if it made Biggie laugh enough to hand them the win.

The BB Naija Housemates joined in the global fight against malaria as they presented television commercials.

Team two consisting of Prince, Laycon, Neo, Lucy, Vee and Dorathy have won the Amatem Game Changer Challenge. The Challenge saw them competing against Ozo, Trikytee, Nengi, Kiddway, Erica making up Team one to create a television commercial for the Amatem brand. The commercial which was in the form of drama was judged based on originality, team participation and brand integration.

After preparing for two hours, both teams were called into the Arena where they were given five minutes each to make drama their presentation.

Their drama had Kiddwaya playing a football star visiting the country and contracting malaria. His fear mixed with paranoia had him thinking he had been infected with COVID-19 while Nengi played an expecting mother with Erica by her side as her sick daughter. A visit to the doctor played by Trikytee allayed their fears as he recommended Amatem to them as a cure for malaria. He also lectured them on the cause of malaria. 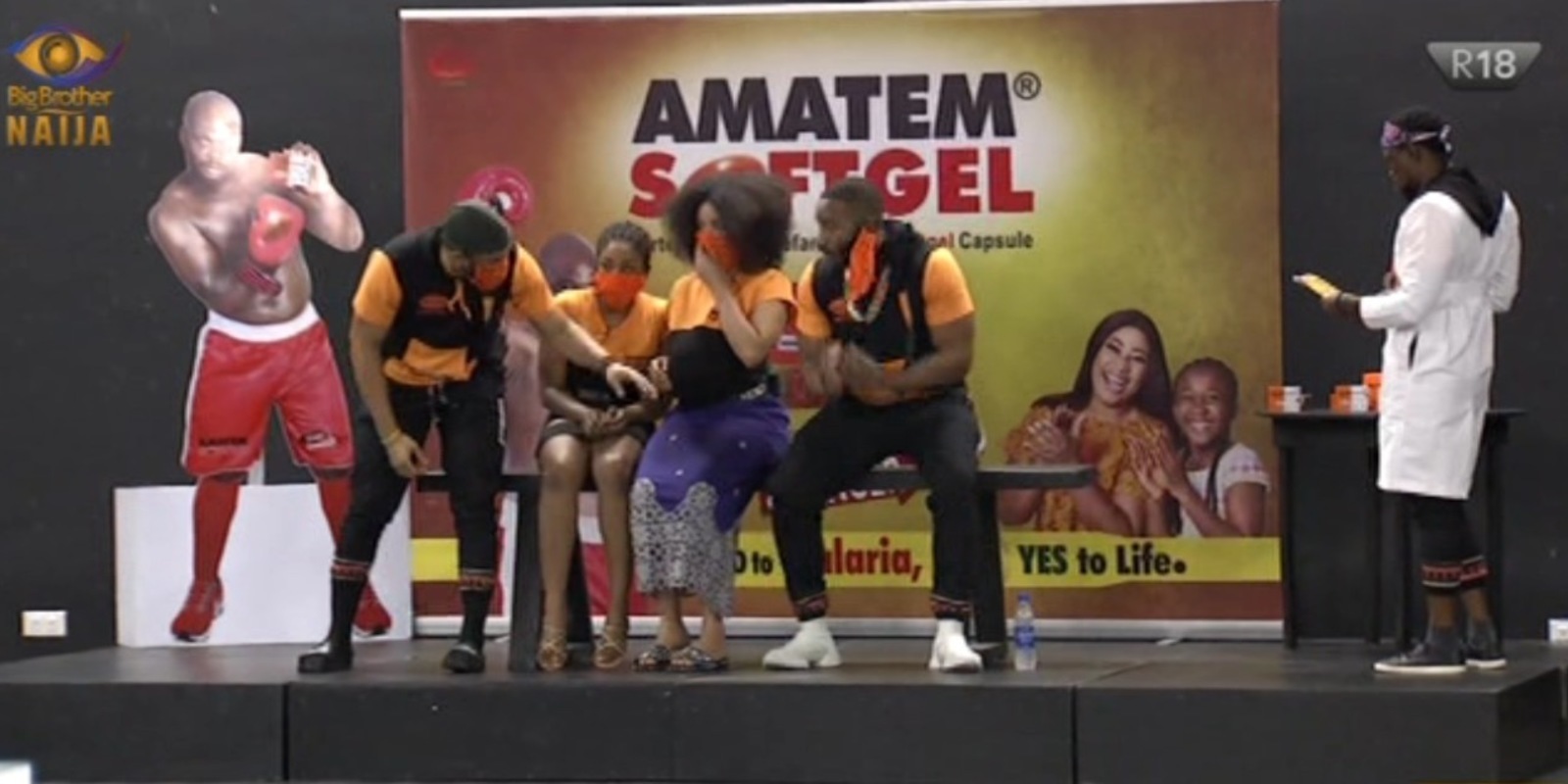 Team two in the House

Up next was Team two who had the job of impressing the judges and topping the previous performance by team one. Neo played the tenant who refused to keep his environment tidy and ended up contracting malaria. Lucy, Laycon and Dorathy played neighbours to Neo and were there to help him when he fell sick. Prince played the Doctor while Vee played the pharmacist. 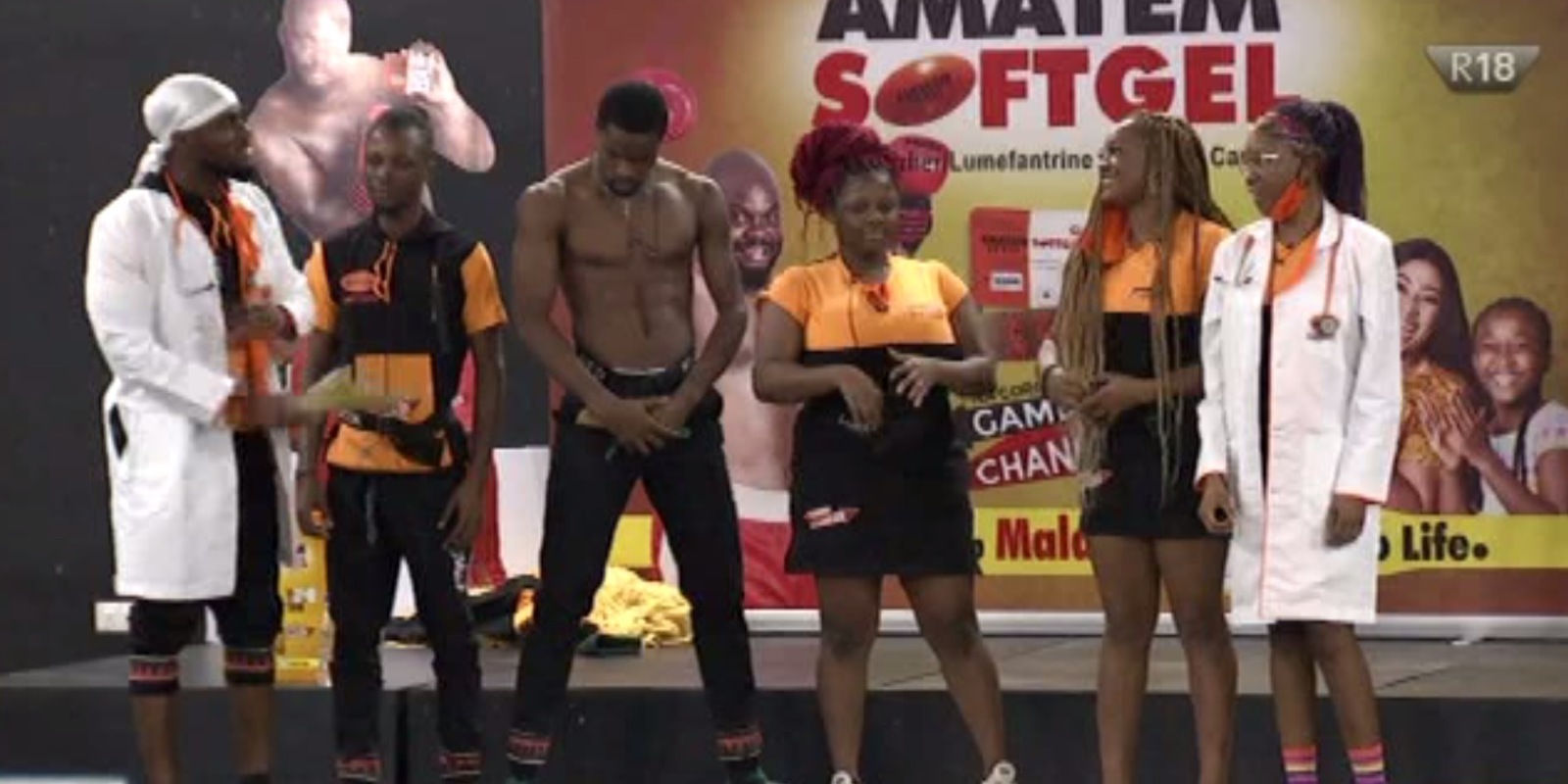 After an impressive performance by both teams, Team one was announced the winner. Not only was Team one awarded 700 thousand Naira as winners, but Team two also got 300 thousand Naira. In addition, each Housemate got a goodie bag from Amatem. 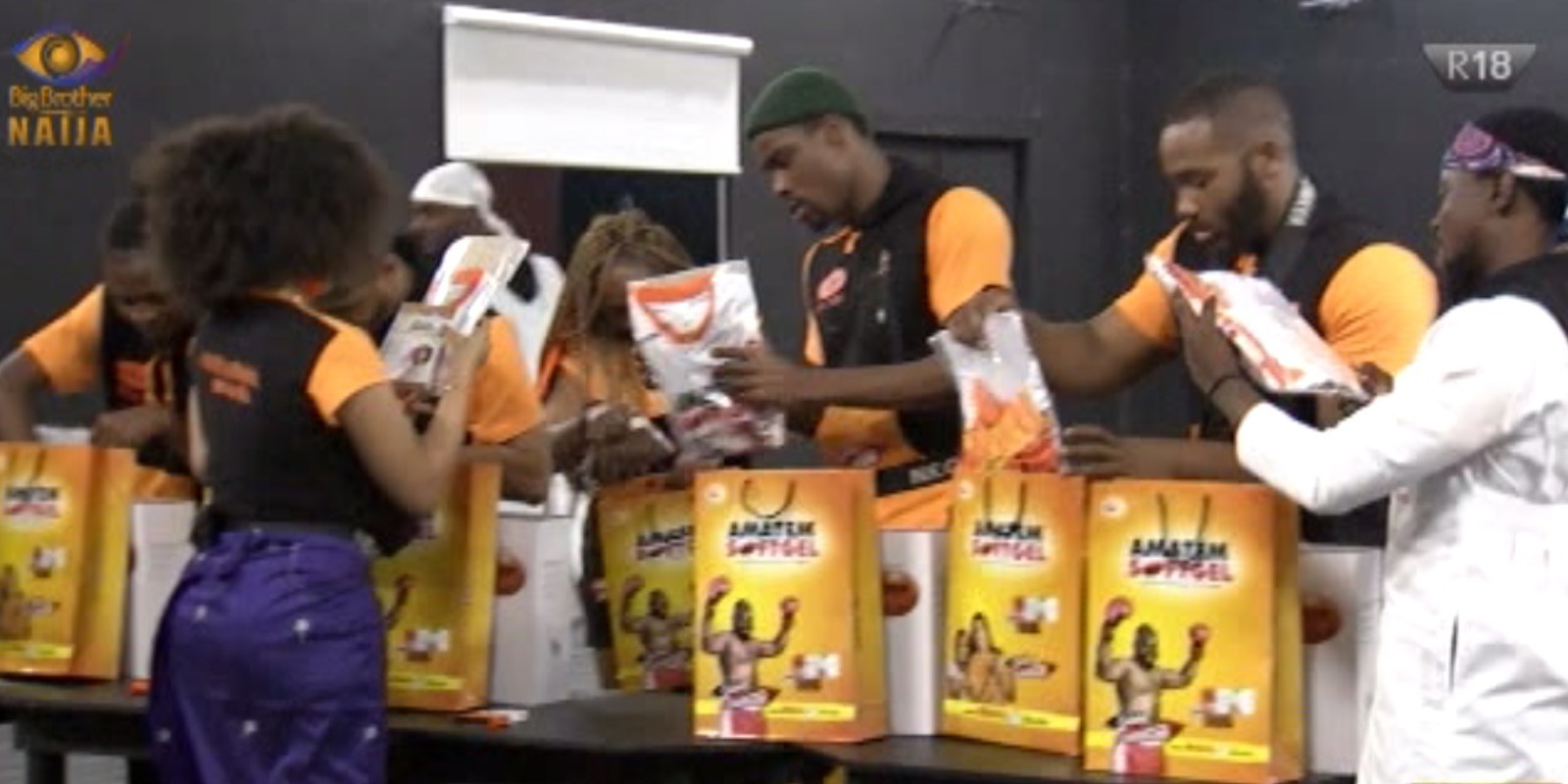 Although the drama presentation started with a heated confrontation, the Housemates pulled their weights and delivered a stellar performance. Hopefully, they can do the same during their Wager Task.

Lucy versus the Geng

An altercation sparked off as Lucy refused to join Kiddwaya’s team.

Todays’ Amatem Softgel Game Changer Challenge started off on an interesting and fiery note as Lucy got into a heated argument with some of the Housemates over the team she was to join for the Task.

How it all started

In order to get set for the Task, the Housemates had to divide themselves into two teams. Erica and Prince being the HoH and Deputy HoH had the Task of selecting Housemates into their groups. With most of the Housemates selected, it was finally down to Lucy. Erica’s attempt to pick Lucy was rebuffed by her as she insisted on being in the other team. “If she doesn’t want to be on the team, we can’t force her to be on our team,” Erica responded.

“You guys have done it before, you didn’t want me in your team and I don’t want to be in your team,” Lucy said as the reason for not wanting to be in the same team as Erica’s. Apparently, Lucy wasn’t comfortable working with Kiddwaya citing a past instance when Kiddwaya and Erica also didn’t want her on their team. 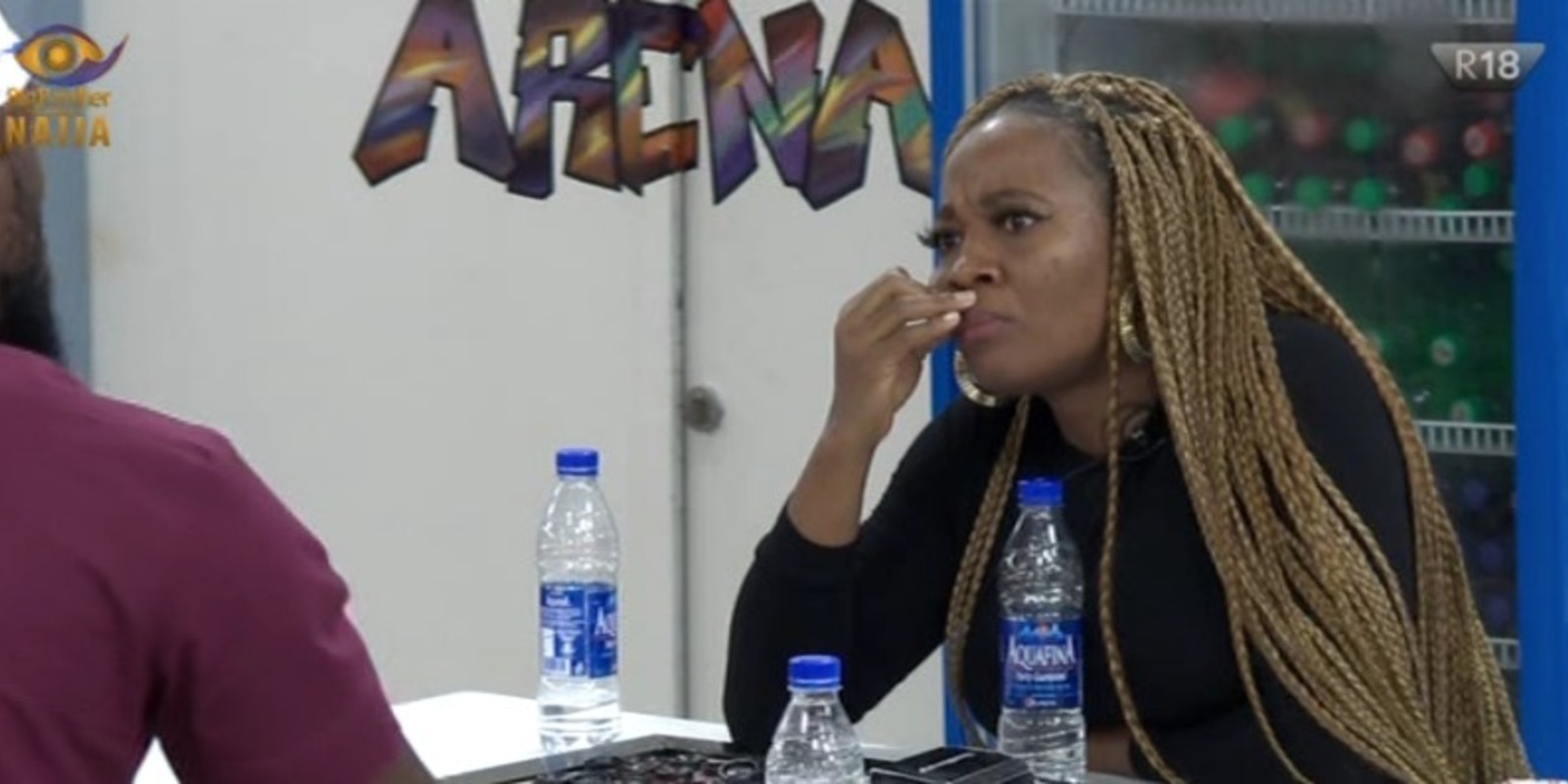 Neo didn’t take kindly to Lucy objecting to being in Erica’s team and said Lucy couldn’t just change the arrangement asking what would happen if everyone else decided they weren’t comfortable with their team and wanted a change. Prince was also upset with Lucy over her attitude and asked her if she would do the same if it was Biggie that placed her in that team. “If you have an attitude problem, keep it in check,” he said in a fit of rage. 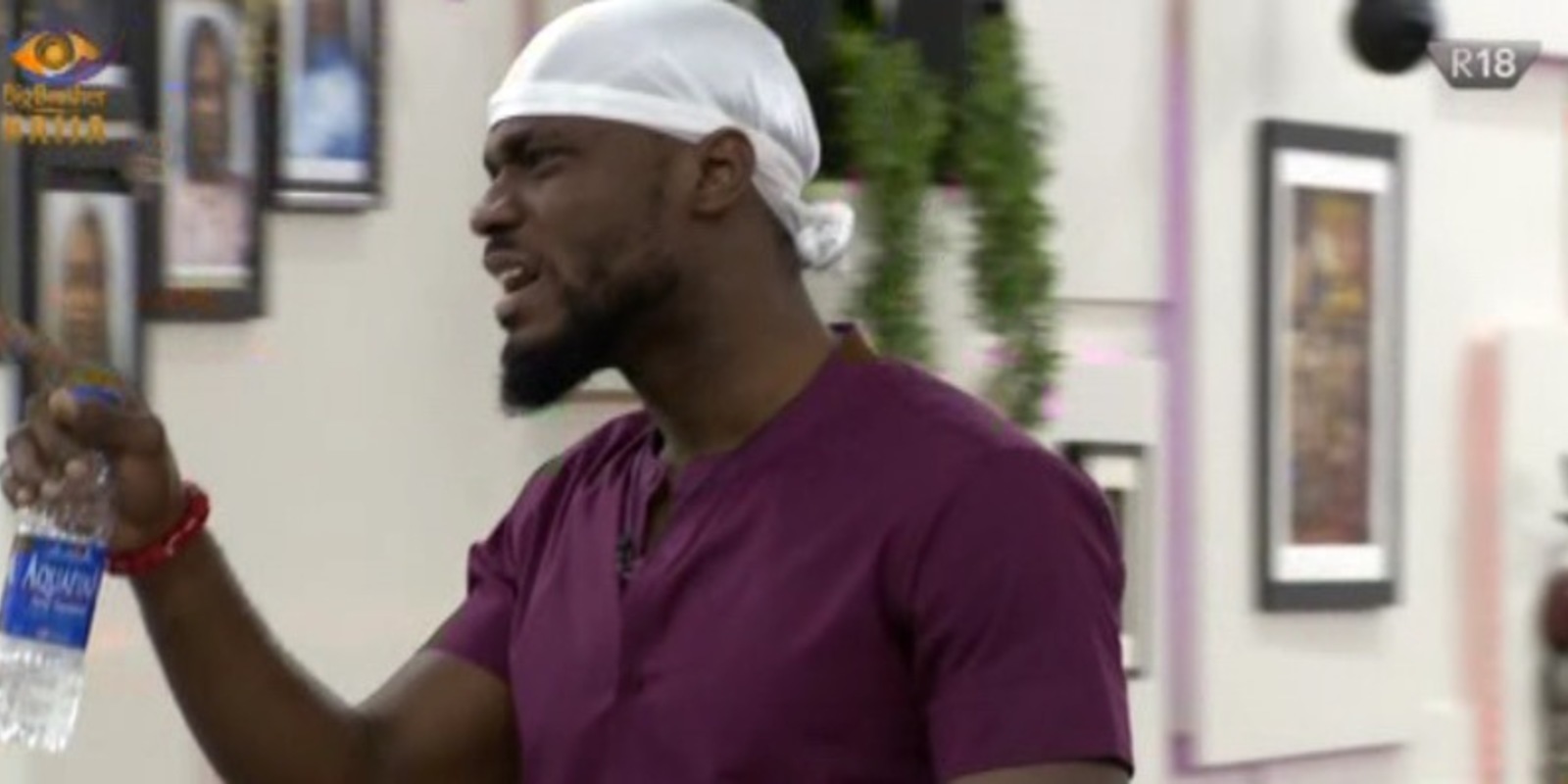 Erica will have one more word

Just when it seemed like it was all over, Erica had some more words for Lucy. “You are the problem on every team; you have a bad attitude with your negative energy…”, she said as Kiddwaya kept her from getting any closer to Lucy. An attempt to shield Erica from incurring any more Strike. Trikytee was also next to her reminding her not to incur a Strike. “I’m not hitting her now, will they give me Strike for shouting?” Erica asked rhetorically as she eased up on the tirade. 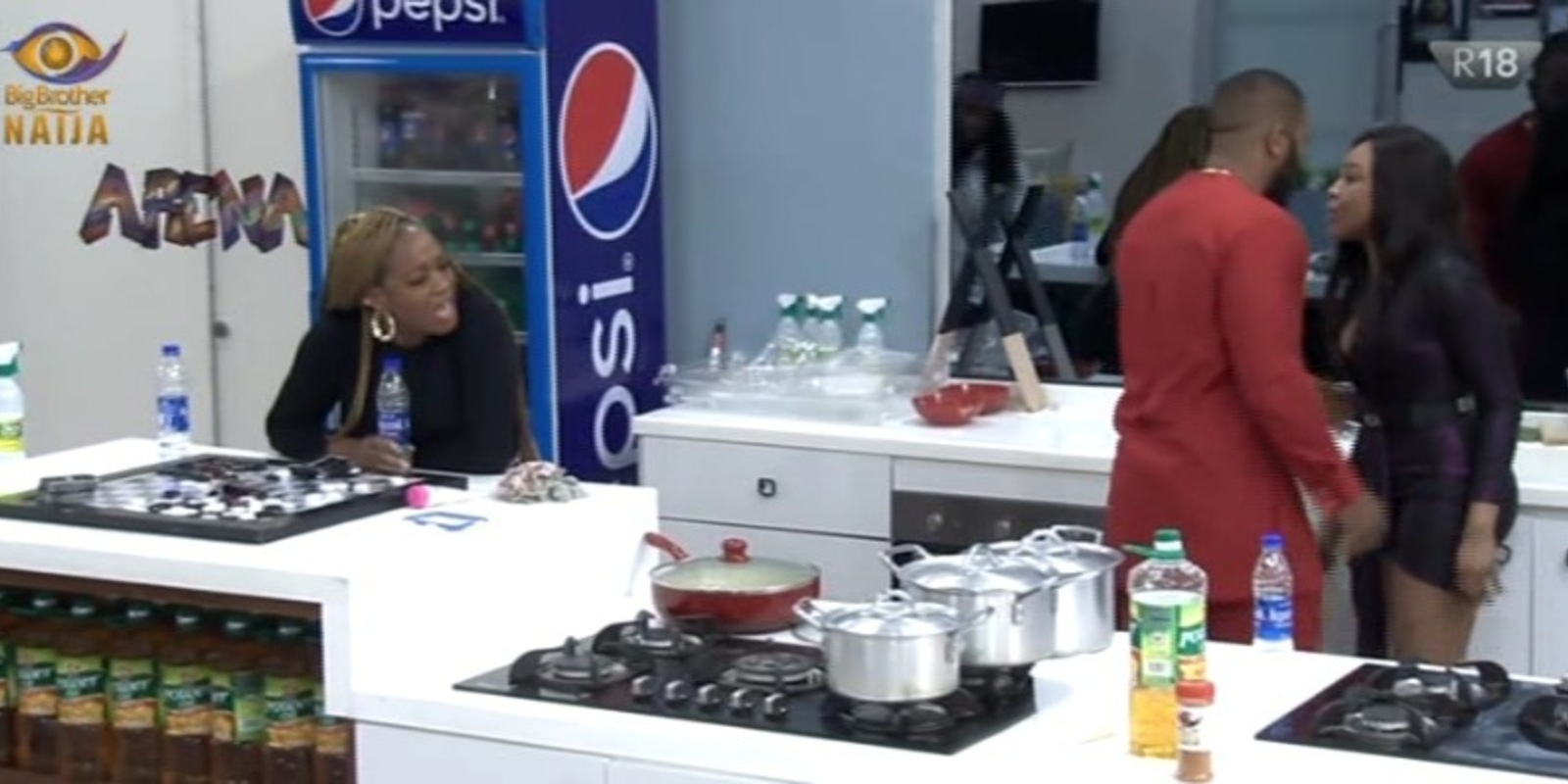 The altercation soon eased up with each teammate putting on their outfits for the Task and going to join their respective teams. With preparations in progress, we can’t wait to see what they Housemates will present for the Task.

The show isn’t over

While the Big Brother Naija Housemates settle into the evening with more conversations, games and plans.

After the high of receiving motivational words from their friends and family, the Housemates took their rest in different ways around the house. Cooking, changing, talking and playing more games. The night was chilled but one thing was certain, the spirit of games and conversation was not over.

More of the spelling bee 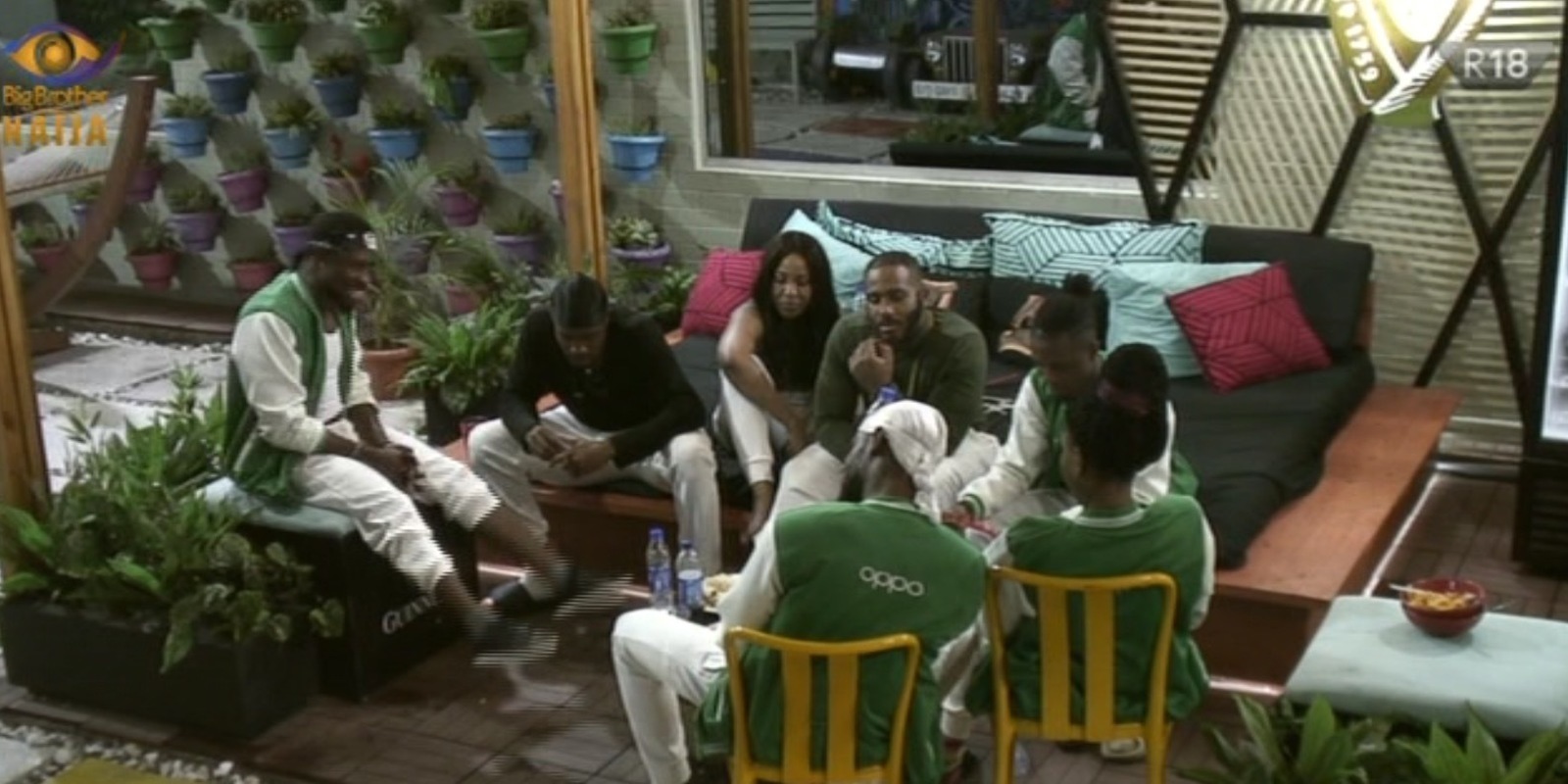 One thing about the Housemates is that they like to do well in their challenges. Even though they did not get full marks for the spelling bee earlier in the day, this did not deter them from going at it again and trying to spell more words in the evening. While they relaxed in the garden, Lucy read out the words while the rest of the Geng took their turns spelling them out. This session was more joyful than the afternoon edition, however, as they laughed at each other when they got words wrong while correcting each other as well.

A House of cups 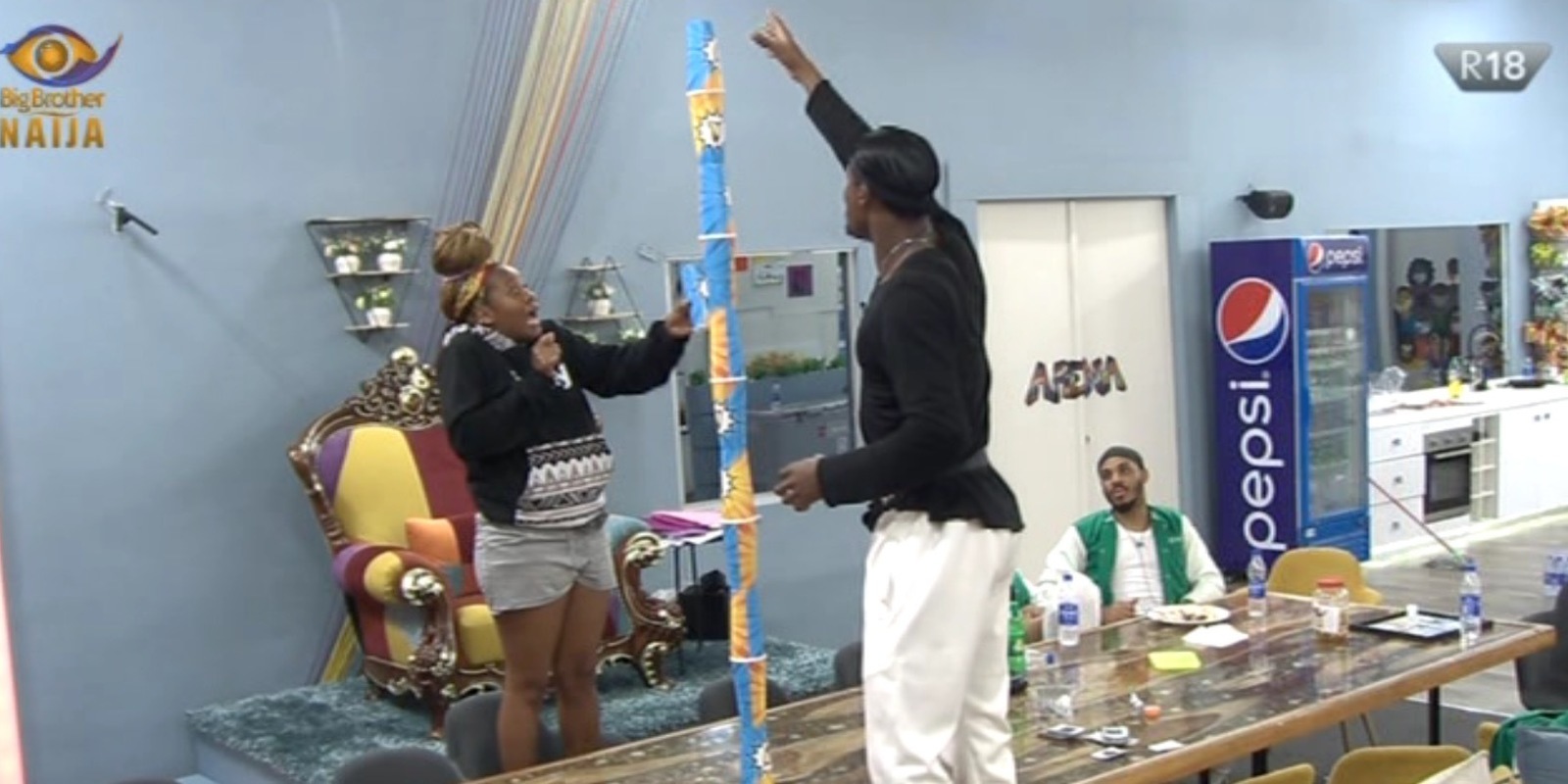 Lucy is always up for a game, and after the evening spelling bee was done and she had freshened up, she played a game with Neo. Using the cups from the Saturday Night Party they built a tower on the dining room table. She looked so excited with every cup the Neo skillfully put on top of the other, squealing with delight when the first one fell and laughing with pride when the second one stood tall. Lucy was so excited she went to get more cups so they could do it again, this time, they were joined by Ozo. 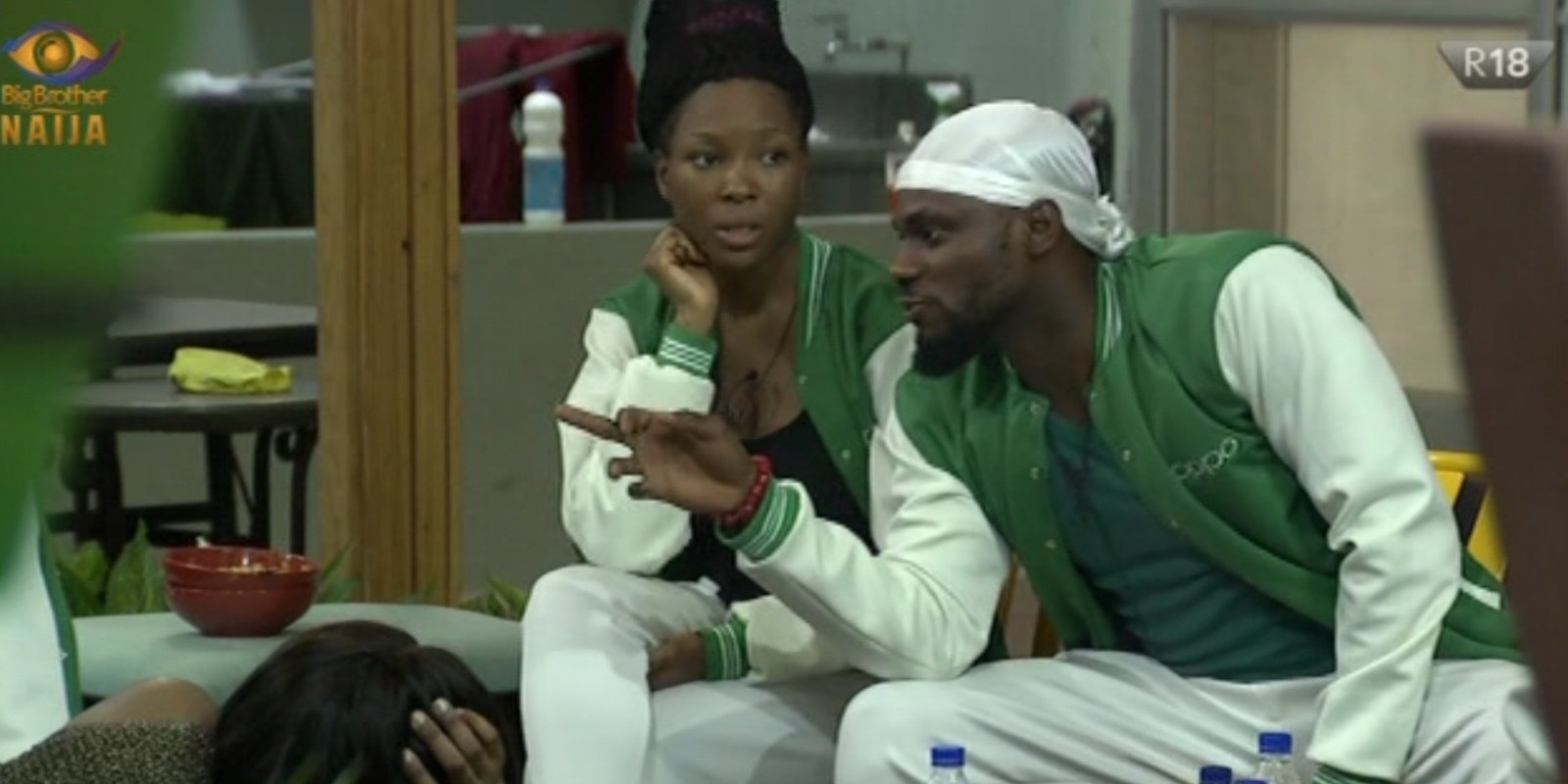 The Housemates took the conversation out of the garden (and the galaxy)  with assumptions about the world. Firstly, it was difficult to agree on whether there is life outside our current solar system. Prince, Vee and Trickytee seemed to agree that there are extraterrestrials, while Laycon was sceptical about their existence. Those on the side of extraterrestrial life decided that the reason aliens were portrayed in a certain way on tv was that all the conspiracy theorists agreed that aliens did not look like humans.

Geography and other world issues 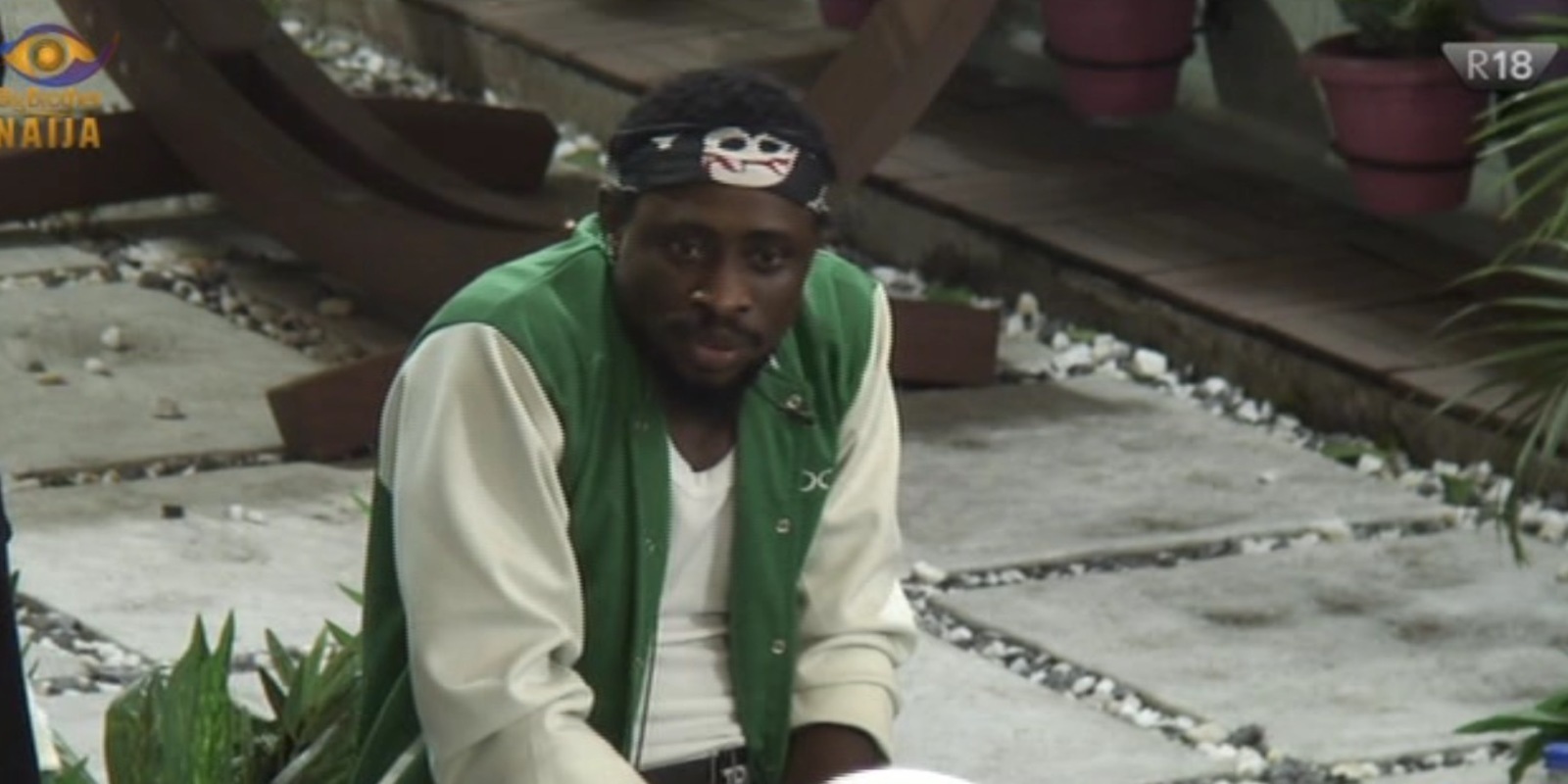 The Housemates are quite clued-up on general matters in the world and from time to time we are privy to these conversations. Prince explained his views and understanding of how earthquakes and hurricanes happen. Bringing his knowledge of geography to the fore, he dominated the conversation explaining to the Housemates how tectonic plates work, but he did not stop there. He continued the conversation into radioactivity and mutation.

As Vee summed it up for the Housemate, every generation was looking for ways to make themselves more comfortable than the last generation, and it came at a cost. Do you agree?

James Bond’s “No Time To Die” has a 2nd Trailer & it’s Action Packed!