#BBNaija Day - 47: Trikytee wins the Arena Games & Housemates Get Ready to turn up with DJ Kaywise

Trikytee blows to a win

Today’s Betway Arena Game was all about balloons and only one Housemate could blow himself to victory. Trikytee has won the seventh Betway Nigeria Arena Games. After facing a five-stage obstacle Challenge, Trikytee emerged winner in one minute, 45 seconds. He was followed closely by Prince who finished in one minute, 49 seconds.

The Arena Games was all about balloons divided into five obstacle courses. The first course was to pick up an empty balloon, blow it up and use the air to move the four plastic cups carefully placed on the table from their current position to the bulls-eye position on the opposite end of the table without knocking any off. For the next stage, the Housemates had to pop balloons with a dart before proceeding to blow up a balloon in a cup to make a stack of cups. The fourth stage had them crawling through a tunnel with a balloon before finally hopping with two additional balloons to the finish line. They had three minutes to complete the course and any infringement attracted a 10 seconds penalty.

After an intense competition that saw Lucy and Erica not being able to make it past the first stage and Kiddwaya trying to slide to the finish line, Trikytee emerged victorious completing the Challenge in record time.

Courtesy of Betway, Trikytee got 20 BB Naira added to their wallet for winning. Kiddwaya also received 20 BB Naira for winning the previous Arena Games. Nengi, Ozo, Erica, Neo and Laycon had earlier won the Betway trivia and they each received 25 BB Naira.

The Housemates spend time with Biggie in the Diary Room as they talk about the fight over team selection amongst other things.

While talking about who to blame for the altercation during the Amatem Task, the Housemates talked about how they felt in the House. A few felt great, another set of the Housemates felt the energy in the House seems had been low in recent times. A situation Kiddwaya attributes to Housemates’ attitudes, them becoming too emotional and also because they were getting fed up with each other after being together for so long. 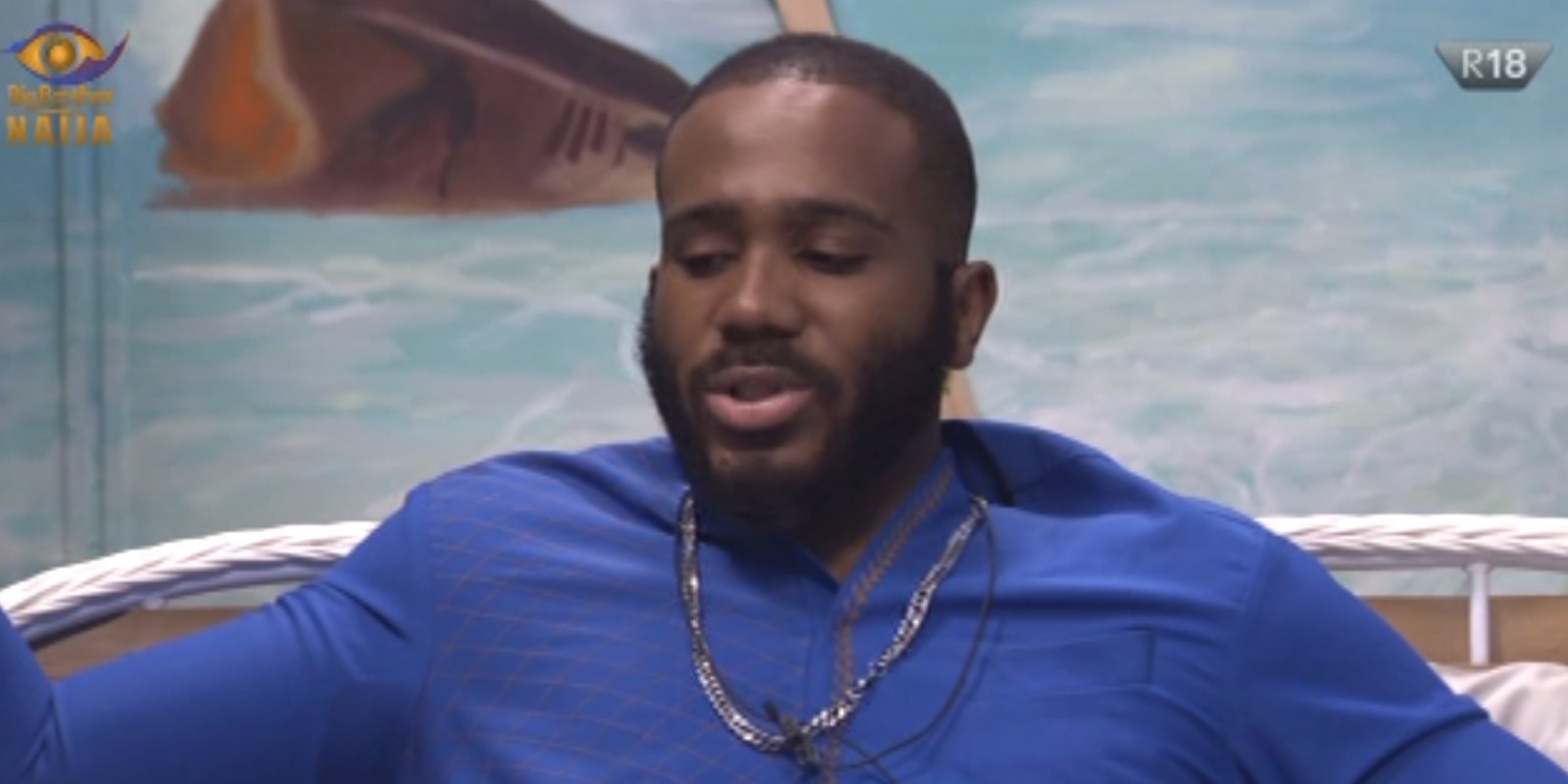 For those who felt great, they have their wins from Tasks this week to thank for that. Nengi was particularly pleased about her Johnnie Walker win but slightly sad that she didn’t have enough time for the Oppo Task. Trikytee has just been in a great mood all week long. Another thing responsible for their feel-good mood in the House was their Wager Task and they were all too pleased to talk about it.

Their Wager Task involved them celebrating some of the Evicted Housemates by imitating them. Not only were they pleased with their performance, but they were also happy they got to reminisce about some of the old Housemates they bonded with before they were Evicted. Dorathy talked about how happy it made them feel that they continued imitating the Housemates long after their presentation was over. Nengi and Prince agreed they did quite well, saying they brought their A-Game to the Task. Neo on his part loved that it wasn’t scripted and was quite proud of the outcome.

The argument that took place between Lucy and some of the Housemates over team selection was a major conversation during the Diary session, with some Housemates blaming Lucy for it all. Dorathy felt Lucy was becoming intentional with her antics just to push people’s buttons and it was getting exhausting. Some of the other Housemates like Laycon and Nengi felt the hullabaloo wasn’t necessary and could have been handled better. Lucy, the centre of attraction said the Housemates were just making it seem like she was the most difficult person to work with. She suggested that it was either the Housemates accepted her for who she was or leave her alone. 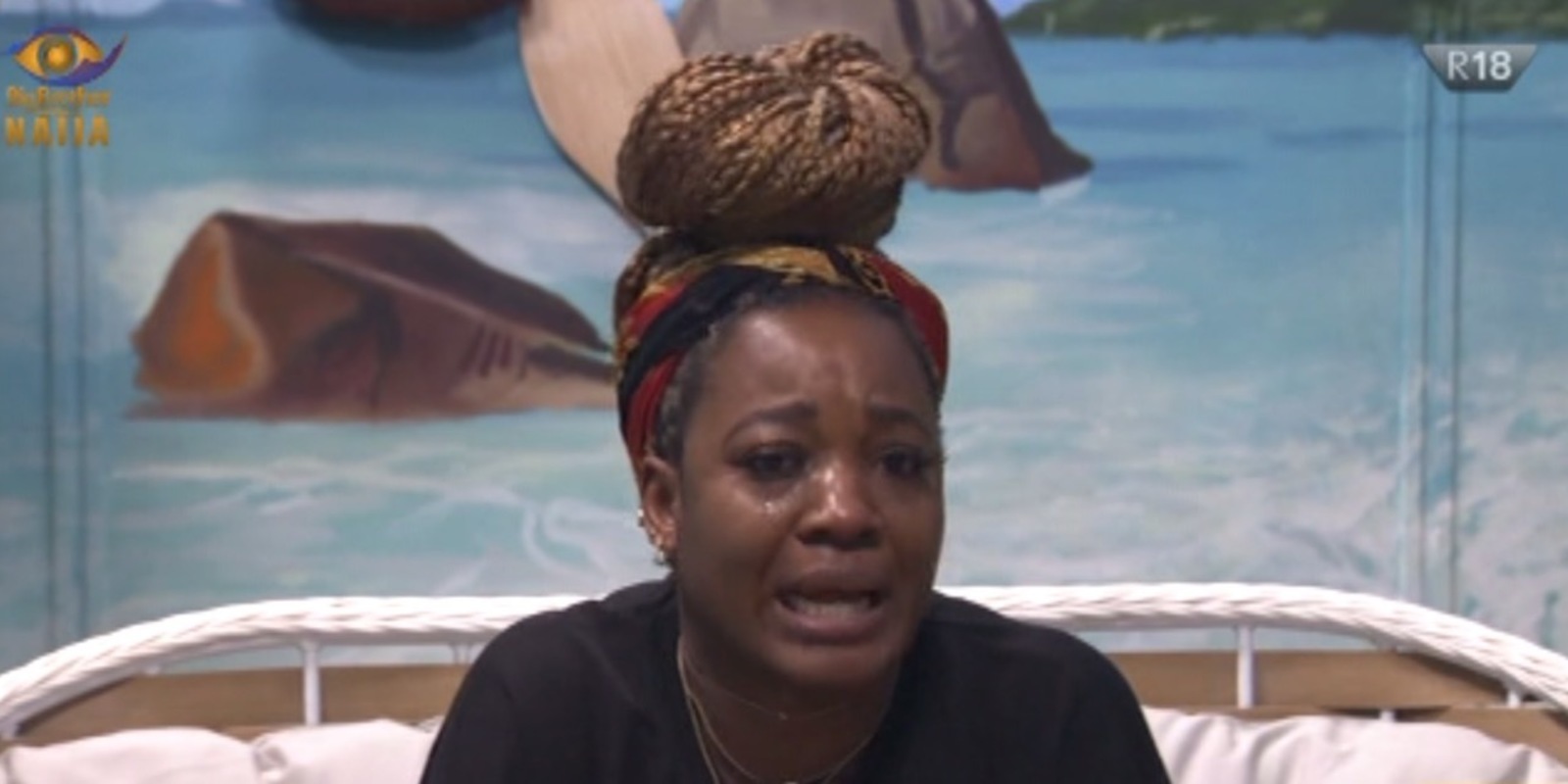 With Housemates like Neo and Ozo agree that the situation in the House is getting tense, we hope Kiddwaya’s prediction that Saturday Night Party will liven the mood and ease the tension will actually come through.

The Big Brother Naija Housemates made it through for another round of the Betway Sports Trivia today.

The Housemates were in time for yet another Betway Sports Trivia round! This week, Betway added a special gift for the winners of the round by way of a 25 BB Naira boost to their Betway wallets. 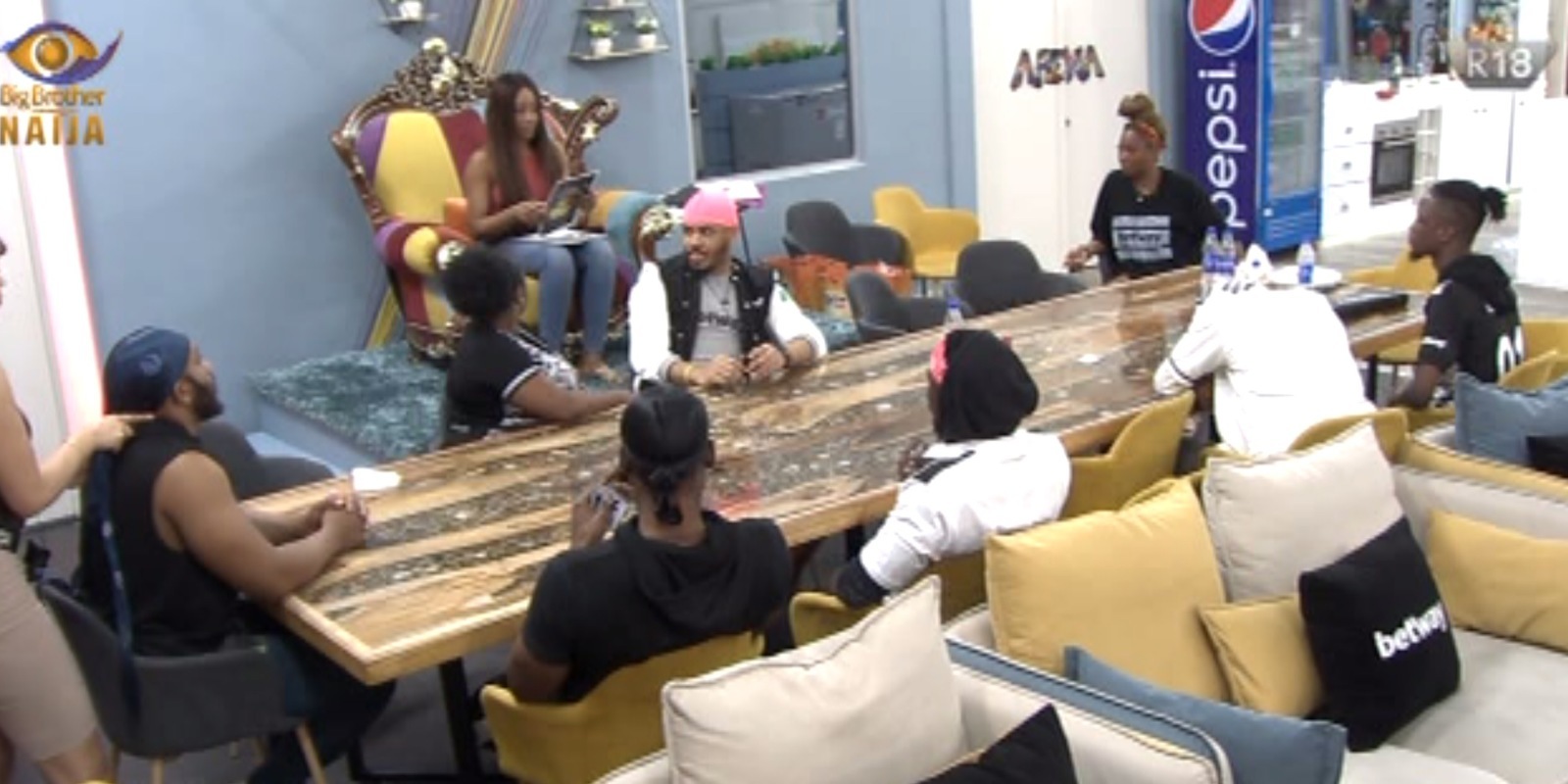 Vee wasn’t feeling well today and so missed the entire session. The geng had to discuss whether to choose her for a team or not and in a show of leadership, Ozo suggested that they should choose her in case she was on the winning team.

The rest were divided as follows: 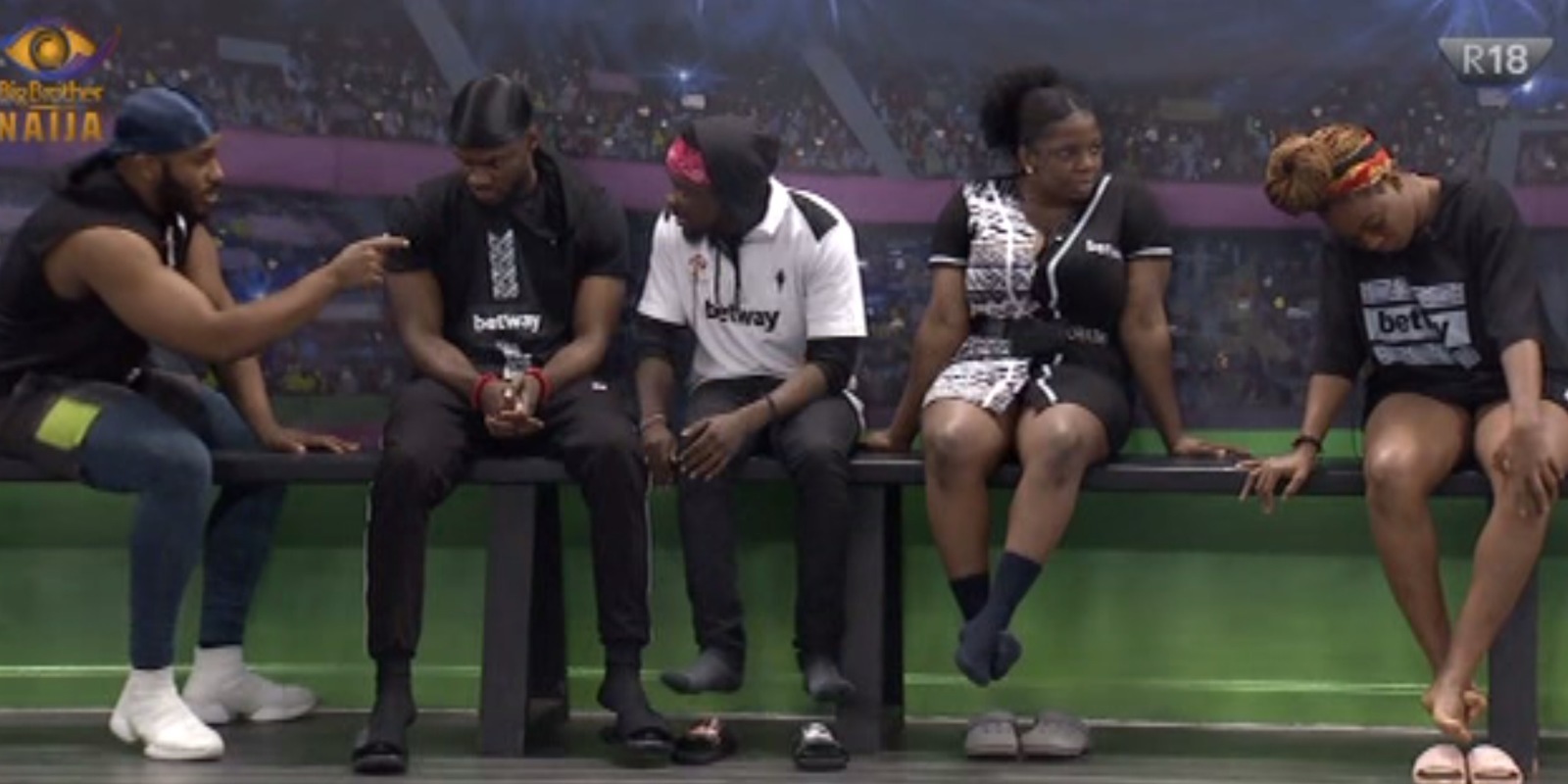 How the Game went

the Game was not as spicy this week with the absence of characters like Tolanibaj and Vee, however, it did go on swiftly.

Who are the winners? 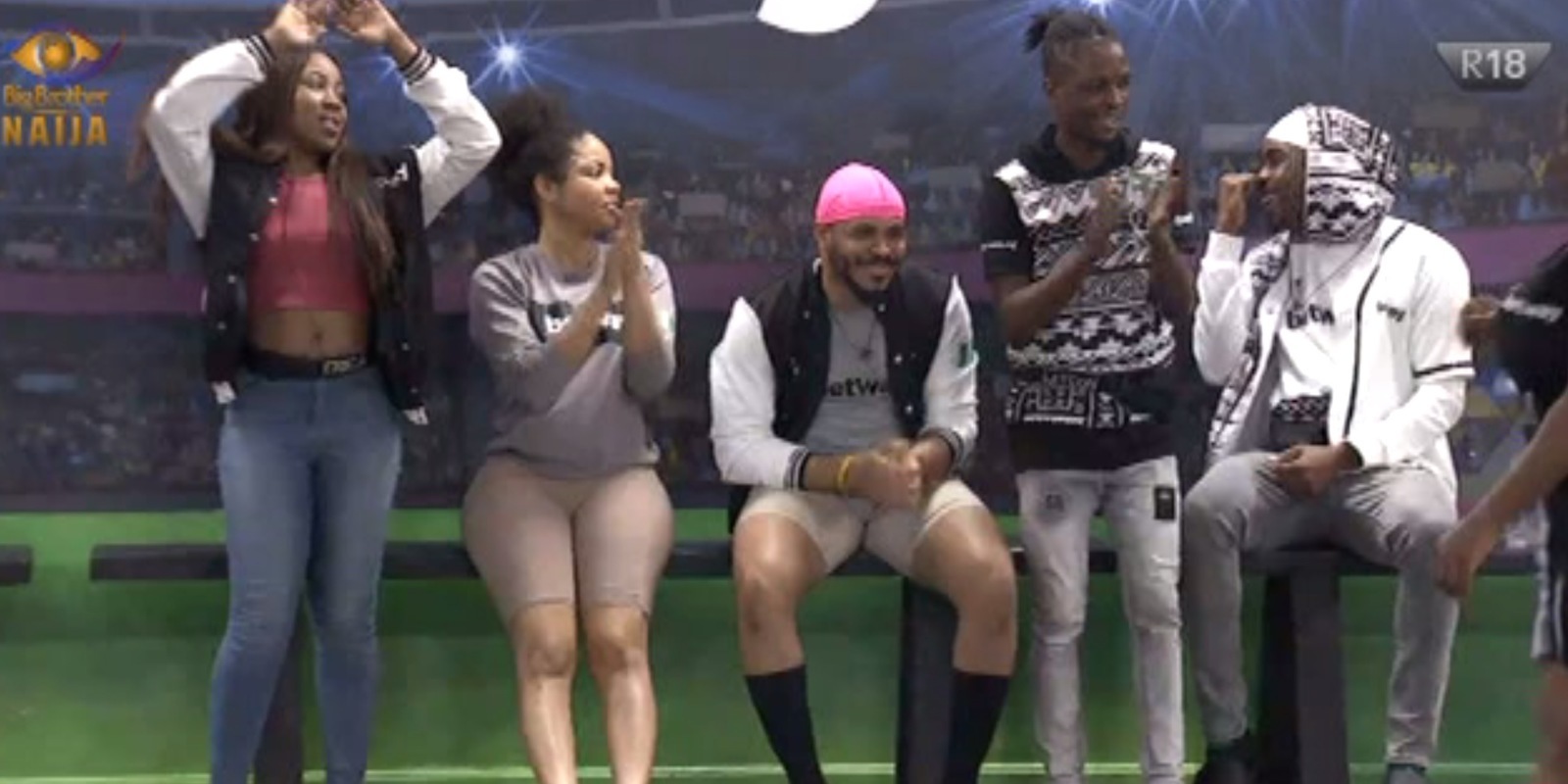 In the end, the winners came out head and shoulders above their competition. Congratulations to Team White on their win today and the addition to their wallets!

Party with DJ Kaywise and T-Classic

Get ready to get down this weekend with the Big Brother Naija Housemates and none other than DJ Kaywise and T- Classic! It’s going to be a real turn up!

Saturday is soon upon us and we know you are looking forward to the weekend and the Saturday Night Party like we are! Will it be the dance moves? Will it be the banging outfits? Or will it be the sizzling sounds that emanate from the speakers? Well, if it’s the latter, you are in for a treat. Prepare yourself for the weekend where we will be shaking body with the one and only Dj Kaywise and none other than T- Classic!

Here, but not here

The Big Brother Naija Lockdown Housemates seem scattered this morning, with only half of them participating in the workouts, and the other half thinking about life outside the House.

Mornings in the Big Brother Naija Lockdown House seem to be hit or miss these days with some sleeping, some working out, a few dancing and still some talking. Today’s workout showed us that though the Housemates are here, their thoughts are elsewhere. 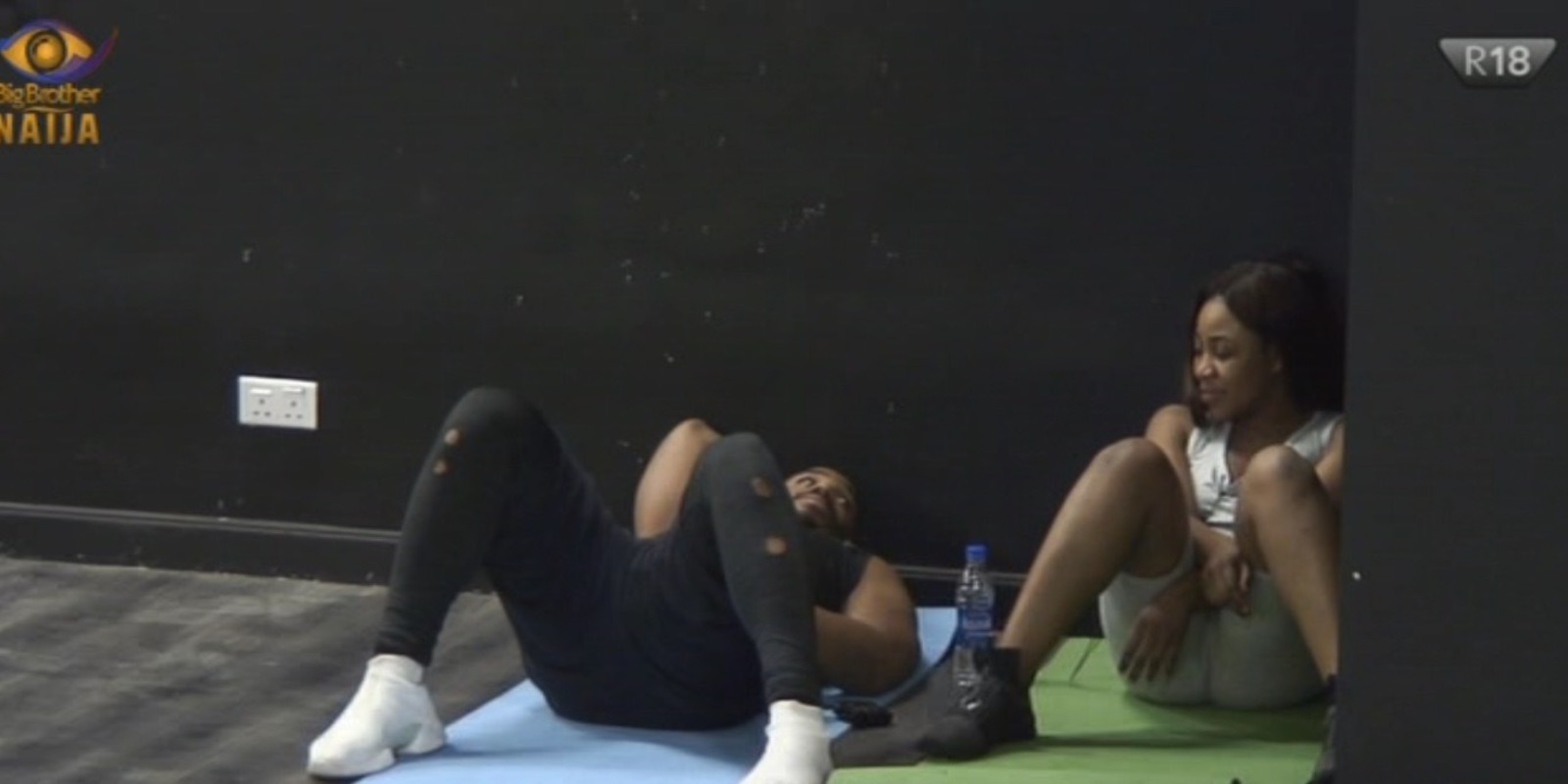 Kiddwaya has maintained his corner in the Arena for almost the whole season! The space that Brighto left in the pair’s usual spot was taken up by Erica today, as the two spent their workout session together. They chatting casually about taking care of babies and household dynamics of working fathers and mothers. Kiddwaya told Erica that he wished he had gone to school in Nigeria until SS1 or SS2 and that was his plan for his kids. H occasionally did his pushup’s but was having trouble with his wrist, which meant he couldn’t go as hard as usual. 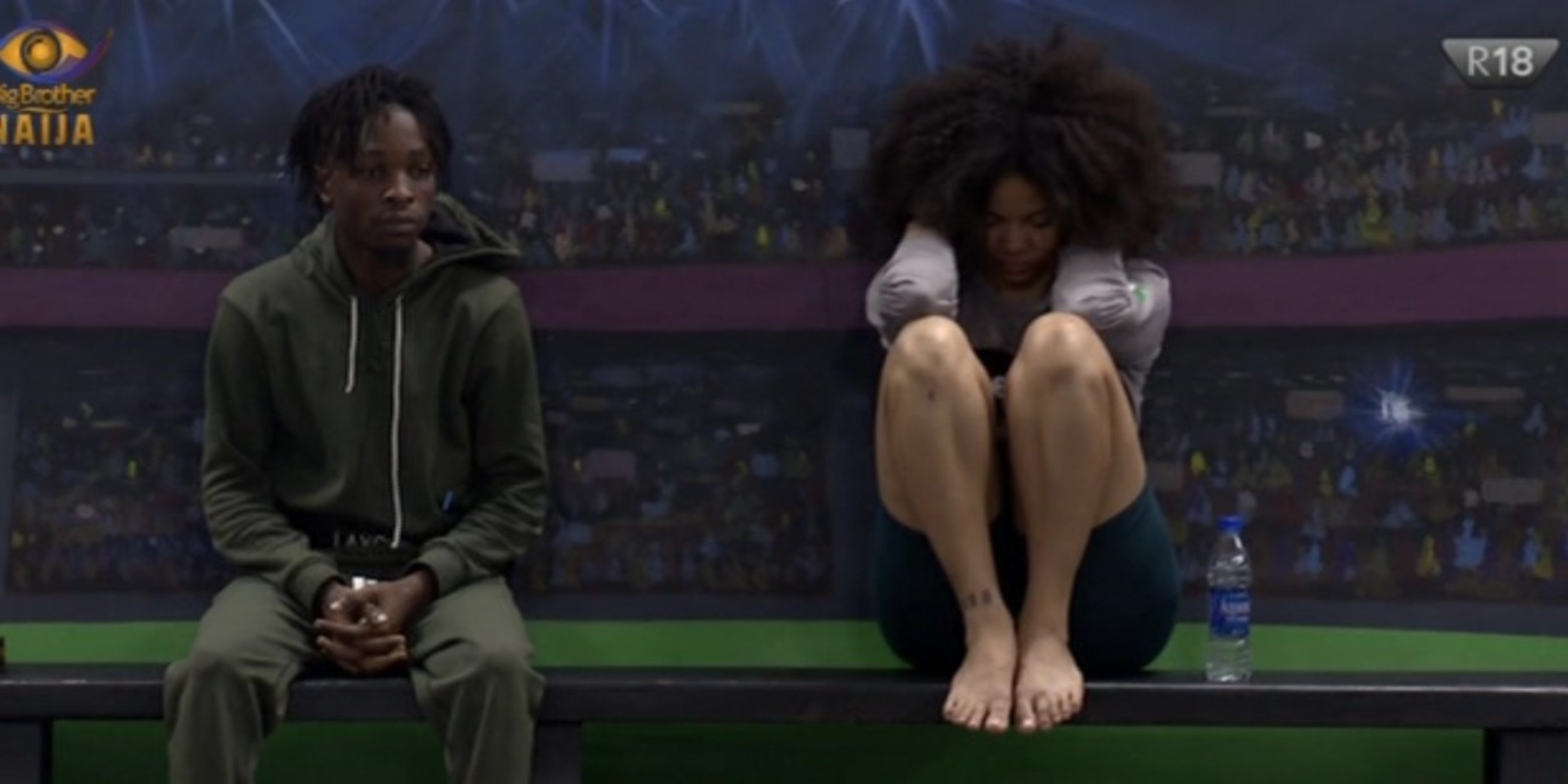 Today Lucy deprived us of her laughter and dancing spirit, for reasons yet unknown. However, after the night she had, it could have been attributed to that. Vee took up her blanket and pillow and proceeded to go straight to sleep without even attempting a workout. Dorathy lay on the bench most of the morning with a sullen look on her face until she transferred to the floor to lie on a workout mat with her head covered. Lucy did not interact with anyone the whole morning until Vee woke up from sleep and the two chatted. 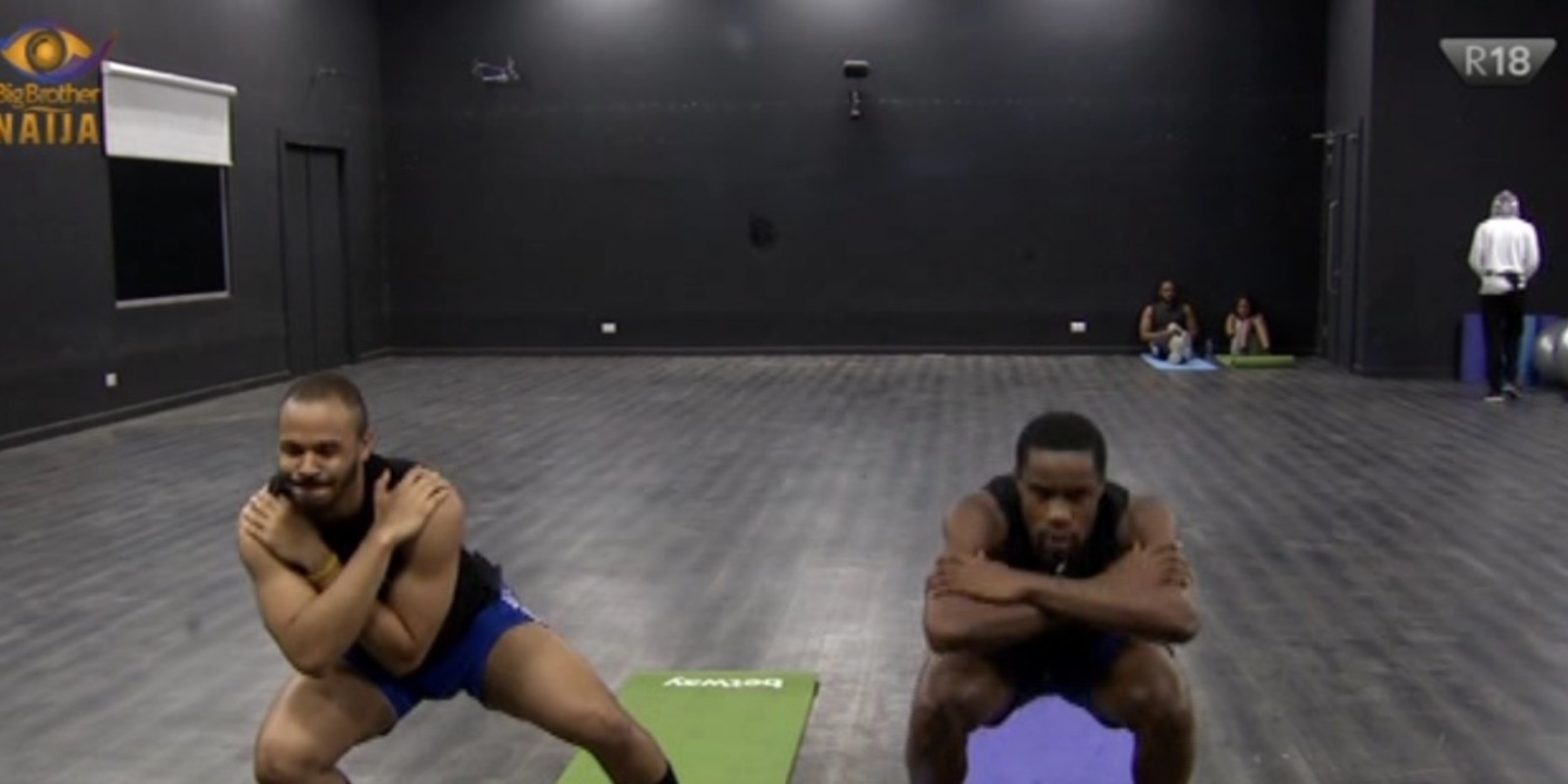 In the House, we always know the ones who work out regularly. Today Neo and Ozo trained together at a casual pace, keeping their heart rates up and working their legs, upper bodies and cores. Prince and Trickytee started out on their own, joining forces later to get some upper body work in. Interestingly this morning Laycon got in on the leg action with Kiddwaya (after the trouble with his wrist). The two made jokes with each other as they went around the Arena.

Towards the end of the session, Nengi asked Laycon and Kiddway how many followers they had on Instagram. Kiddwaya said about 2,500, Laycon said about 3,800 and Nengi had about 11,000- if only they knew what they were sitting on now.

#BNMovieFeature: There’s so much to learn from Theresa Traore Dahlberg’s “Ouaga Girls” Documentary