Teamwork for the dream

Teamwork has helped many Housemates get far into the Big Brother Naija Lockdown house so far, we take a look at some occasions you loved too.

Teamwork is loosely defined as the combined action of a group of people, particularly when that action is efficient. Teamwork was the name of the game this week as the housemates were tasked with being kind to each other.

We asked you what you thought were the best teamwork moments from the house and we got some gems from the season so far. Of course, we mostly see teamwork when it comes to the wagers, let’s take a look at what you suggested. We definitely thought the musical wager was one for the books, and it turns out that you did too! The wager was first on the list of Thursday night wager wins.

The TomTom task was one for musical abilities and agility and the teams all did very well as they put their lyrical and musical genius on high volume!

The second Oppo task showed the housemates coming together to take the perfect picture in pairs where we witnessed a Dorathy and Kiddwaya win. Of course, when it comes to showing off their creativity the housemates seem to excel! The slam poetry wager seemed to stick in some minds of some that the housemates came together to earn themselves a win!

The hero wager seems to remind us all to be grateful to others for where we are. When the housemates made their emotional presentations, many of you seemed to relate, we are therefore not surprised that it was mentioned as a show of teamwork. The Thursday night wager where the housemate acted as former housemates seemed to entertain the housemates too.

The Airtel wager brought tears to some as they laughed at the funny moments in presentations. The Airtel wager saw the housemates team up to recreate the infamous #444 song as well as enact a short skit in their teams. We would say they definitely did well too.

There have been so many moments in the House that have highlighted phenomenal teamwork, even though there will only be one winner in the end. It goes to show, with a team you get much further.

Here’s how the eighth edition of the Betway Sports Trivia went down.

Similar to last week, today’s winners will receive something called the Betway Boost.  As they were told earlier, the Betway Boost is a special gift that boosts their current wallet. This means their Betway wallet will be credited with 25 BB Naira for each member of the winning team.

Immediately after reading the brief, the Housemates were required to divide themselves into two teams. As always, each team must have both male and female members. Here’s how the Head of House (for Team White) and the Deputy (for Team Black) selected their teammates.

As usual, a board with numbered cards were placed in the Garden for the Sports Trivia. In total, there were 30 questions and the answer to each question was written directly under the cards bearing the questions. Each group had the opportunity to answer 15 questions each.

To play, each group had to take turns in nominating one person at a time. The nominated Housemate then proceeded to the board to pick a card. After asking the question, the other group had to answer. After they had provided their answer, the person who asked the question had to confirm whether they were correct or not. Whatever answer was provided was final and could not be changed. A scoreboard and chalks were given for the purpose of this game. 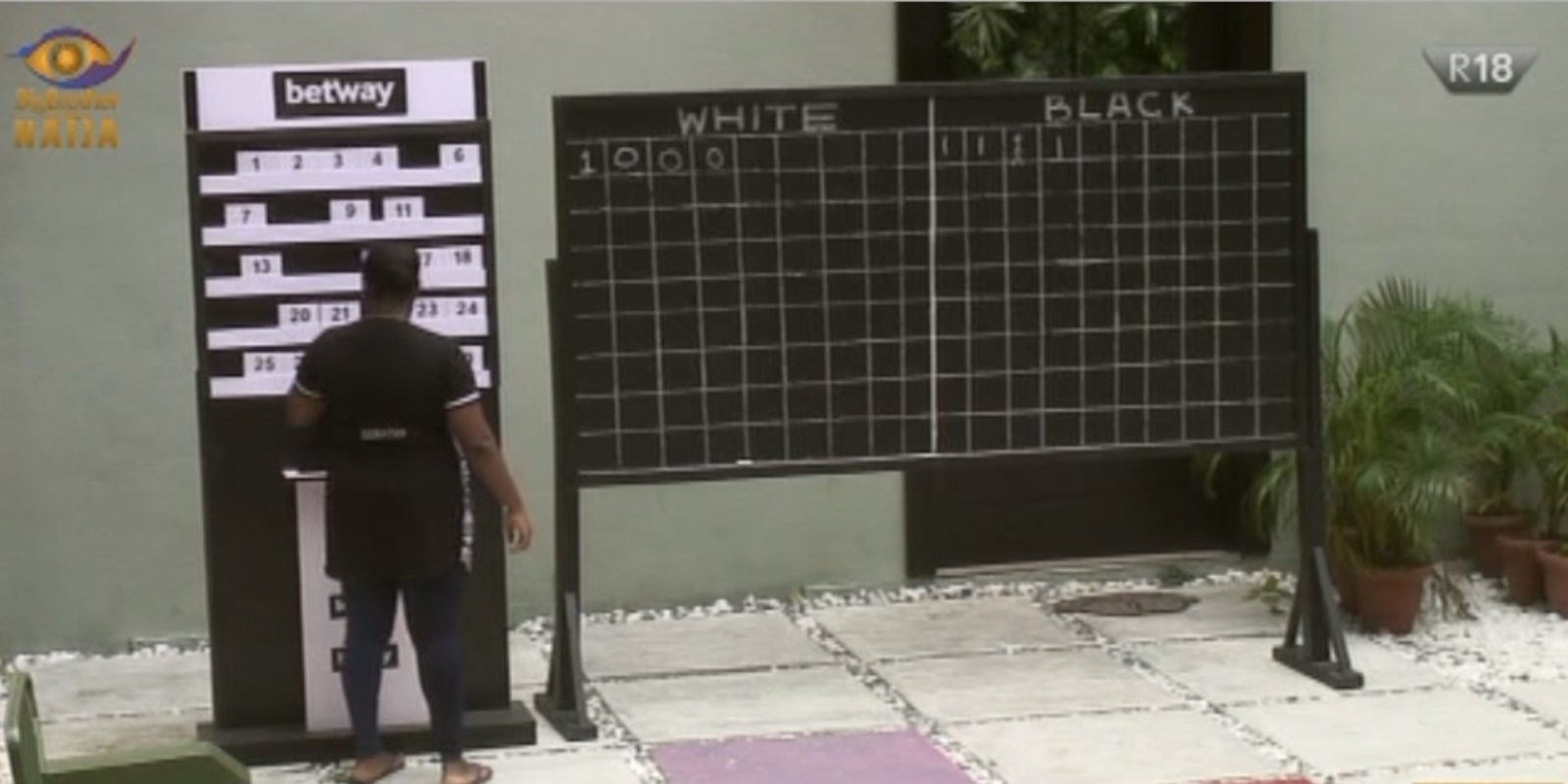 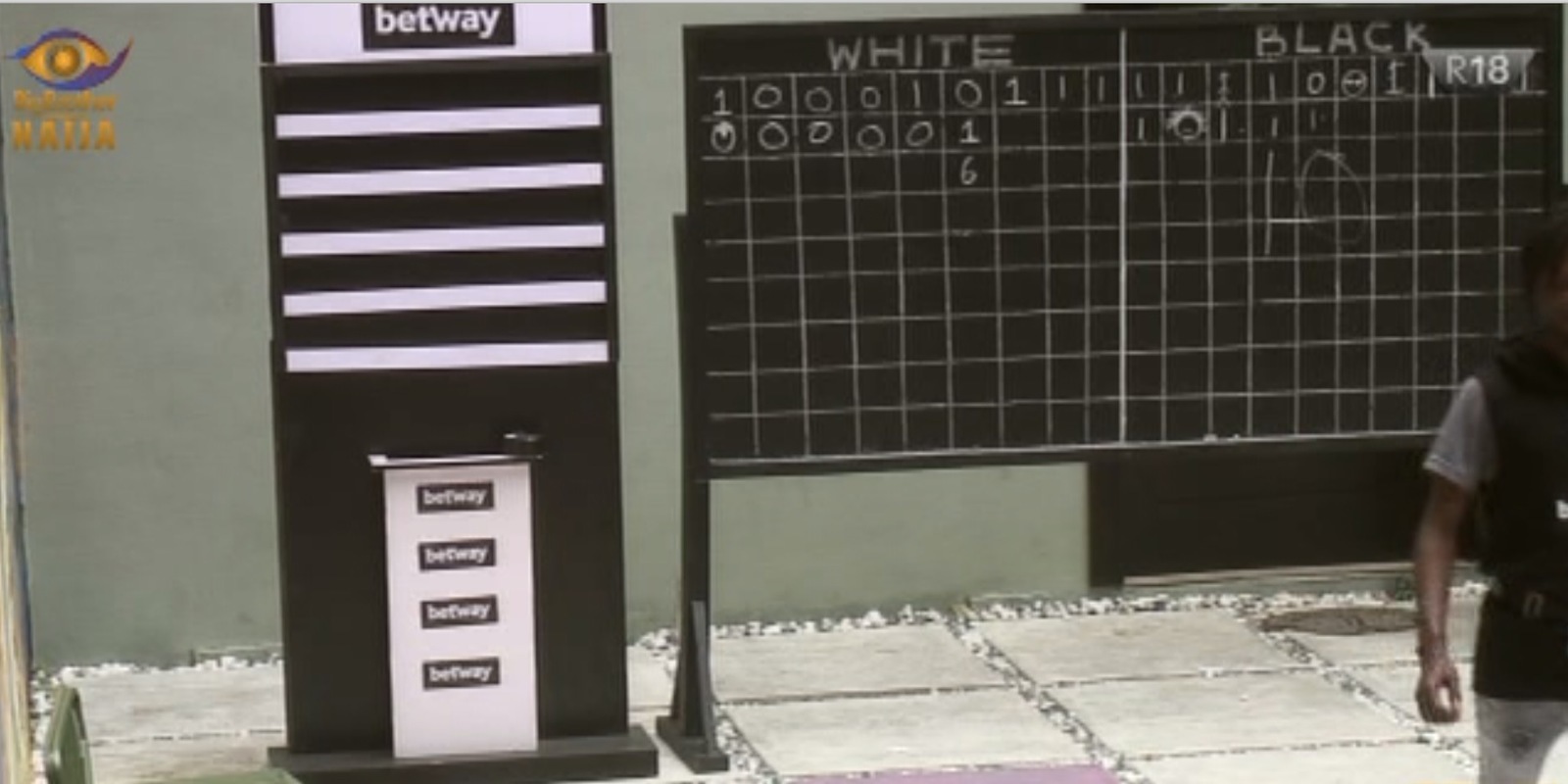 For every question answered correctly, the team scored a point. All answers were to be collated at the end of the game. The team who scored the highest points became the winner and for this week’s Sports Trivia, Team Black emerged victoriously.

Trikytee has had his best week yet in the Lockdown House and this article celebrates it all.

For the first time this season, Trikytee experienced his first of many achievements in the Lockdown House. From winning his first Arena games to sitting on the Head of House throne for the first time in eight weeks and of course, escaping the cold list of possible eviction after standing up every Sunday in five weeks, he sure has had the best week so far.

Let’s celebrate this week with him, shall we?

Starting off his winning streaks with a loud bang, Trikytee bagged his first Arena Games win in the House last week Friday and who would have known that this was just the beginning of many more victorious stories for him in the week to come. After facing a five-stage obstacle Challenge, the ‘Tranquility’ man emerged winner in one minute, 45 seconds and courtesy of Betway, he earned a reward of 20 BB Naira added to his wallet.

In case you missed it, catch up on the beginning of his winning streaks here

Man of the week

In just 50 seconds, Trikytee went from the underdog to the top dog in the Lockdown House as he defeated the course time and fought his way to the top in the Head of House battle. After a long tie between Dorathy, Vee, Ozo, Trikytee and Neo for the HoH title in this week’s games, the Housemates were given another chance to compete for the Head of House championship belt for this week. Trikytee gave it his all and emerged victorious in this Challenge. Not only did he bag the HoH win but he also won himself Immunity and many other privileges that accompany the title. Now knowing his struggle in appearing on the bottom four list and then Nomination list every week, this win was an emotional win for Trikytee. If this doesn’t scream luck, then we don’t know what else does.

Here’s how he rolled to the throne

More Bitcoins in the bag

After successfully completing his Task as a customer care agent in this week’s Patricia Challenge, his team – Team Here for You, won this round and Trikytee, Neo and Kiddwaya were rewarded with one thousand dollars’ worth of Bitcoins. He has sure won a lot of money and Task treats from these Challenges. We stan! Who no like better thing?

Will Trikytee be able to complete his lucky week as Head of House by winning this week’s Wager Challenge and Showmax Talent Show for the House? We’ll find out.

This coming Big Brother Naija Lockdown House Saturday Night Party is about to be legendary!

It’s that time again when we get to see who is coming to Biggies House to move and shake with the Lockdown Geng. This week, help us welcome legendary Ice Prince and DJ Xclusive! We know we are going to burn calories tomorrow, we hope you are ready! 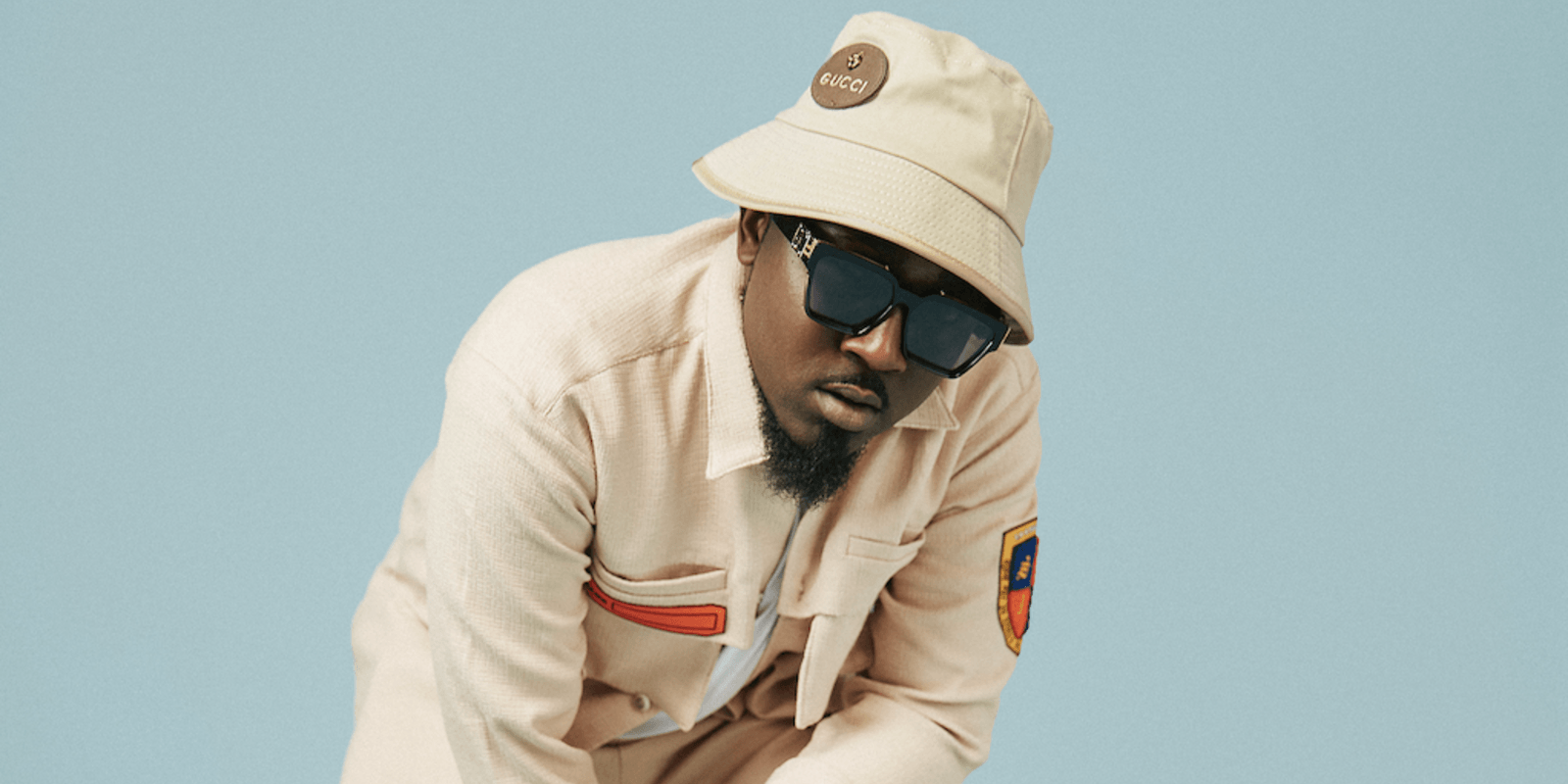 We know you don’t need to make up your mind, we will see you there tomorrow.

Xclusive party for your mind 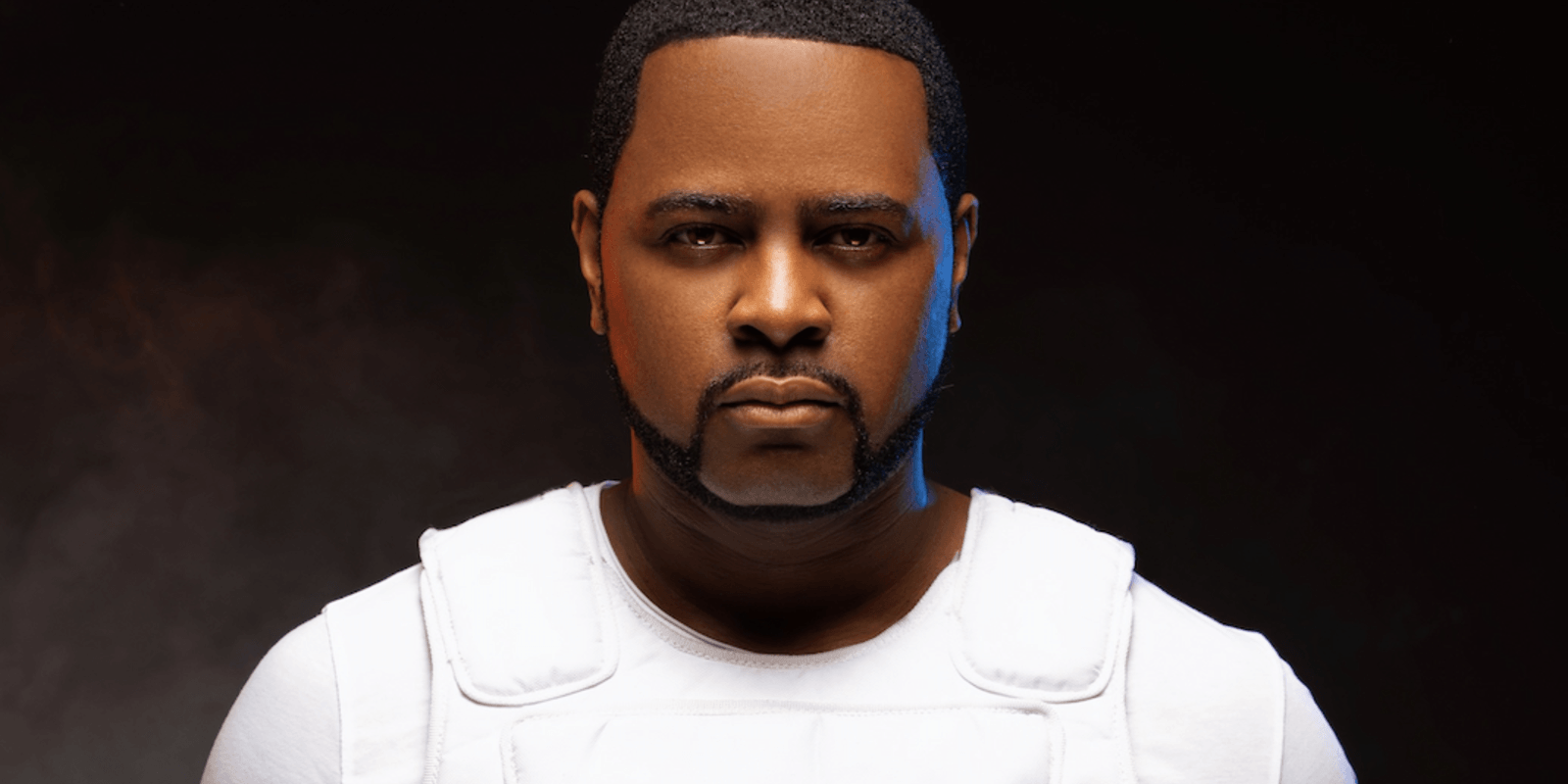 Rotimi Alakija is most popularly known as the one and only DJ Xclusive and he comes live and direct for the #BBNaija House tomorrow night! Tomorrow night will be mad o!

As always fam, we cannot wait to see you there!

It has been proven that working out is a very good way to start your day, improving your blood circulation and in cases improving your mood. We asked you what kinds of workouts you enjoy on a daily and here is what some of you had to say.

Giving it your all

Kiddwaya, Neo, Trickytee, Ozo and Prince are the most known in the House for keeping it consistent and working gout their upper bodies, their lower bodies, cores and also getting in some cardio as they run around the Arena on a day to day basis. The gents make sure they put their body weight to good use and don’t waste a single day unless they are extremely tired. Some of you share a favourite workout with these Housemates:

While some of you acknowledged the Housemates for their daily movement:

The sidelines are still commonplace for Housemates to gather and either chat or take a moment to be alone. Though not always the case, of late we have been seeing the Housemates sleeping more and more. These days it seems Nengi and Dorathy have taken to extending their morning nap in the Arena, even though previously they fell into step with others in group workouts.

Though Neo joined Vee today, she and Laycon are our serial sideliners in the House and from time to time they move position to talk to different people if they are not talking to each other.

It Looks Like “The Fast & the Furious” Franchise is Going to Space with “F9: The Fast Saga”