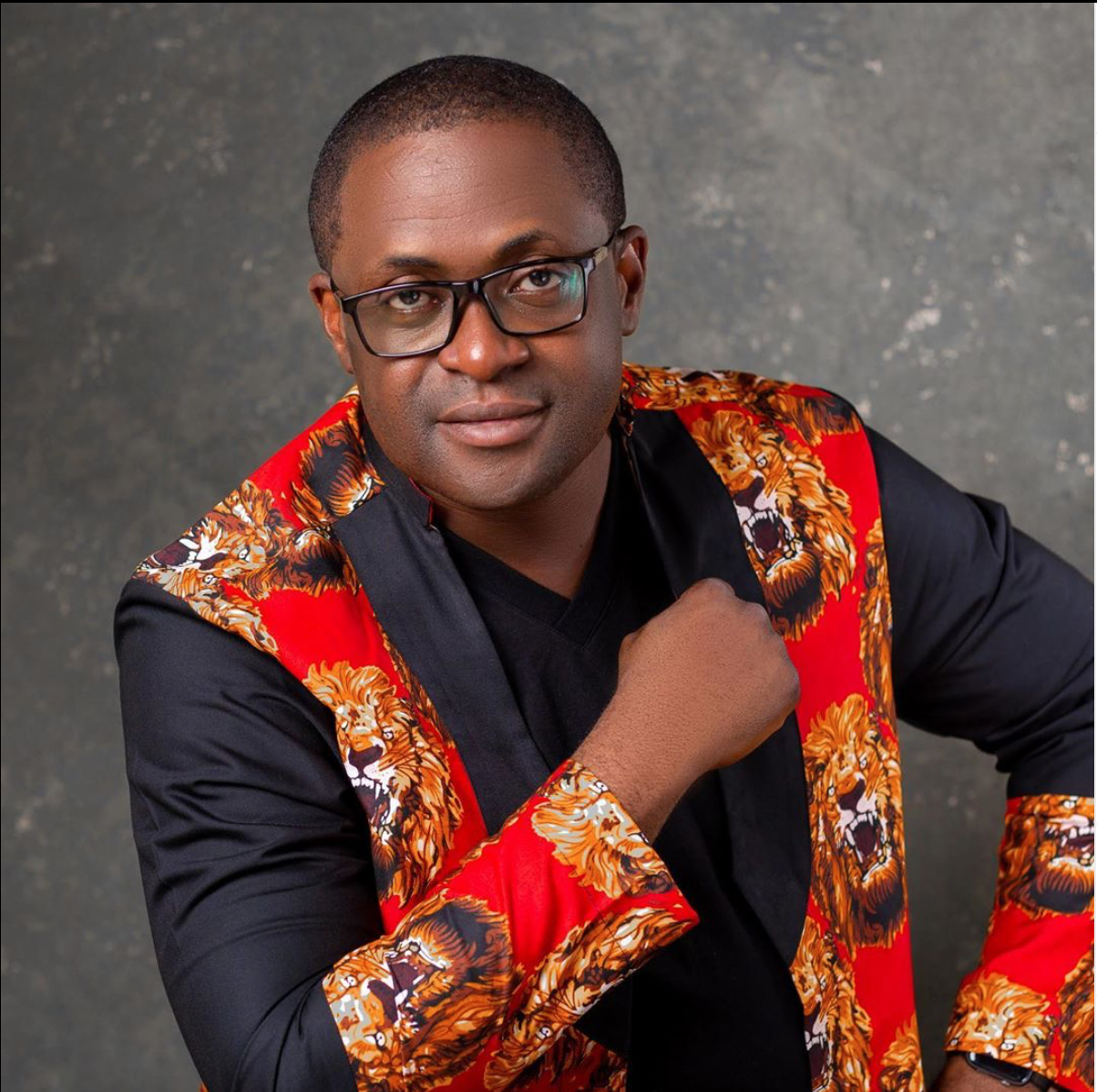 Lagos, Nigeria’s commercial and creative capital, is the hub for the country’s film industry, Nollywood. Some of the earliest films made in the industry, straight-to-video films like Living in Bondage, Nneka the Pretty Serpent, and Rattlesnake, were made in Lagos despite being in Igbo, a language not indigenous to the city. But by the late 90s and early 2000s, film production was split between Lagos and Enugu for the English language films that became mainstream Nollywood. Whether these films were shot in Lagos or Enugu, they were mainly marketed and distributed nationwide and across Africa from the Alaba International Market base in Lagos.

With the reintroduction of cinemas into the country and Nollywood films made for cinema gaining popularity across the globe, that mode of distribution is gradually phasing out. Lagos has evolved to become the city with the most cinemas in the country, and where the cinema distribution companies are situated.

Today, the industry is known for its two main branches: the cinema films that are mainly produced in Lagos, and the Asaba Nollywood – those who have stuck to shooting straight to CD or DVD films with low production quality. They are termed Asaba Nollywood because the films are usually shot in the less bustling city of Asaba.

However, away from this industry bifurcation is filmmaker Okechukwu Oku whose films are shot in Enugu, but his attention to the technicalities of film aligns more with counterparts in Lagos. His reasons being the serenity and lower production cost of shooting in Enugu, than a sentimental attachment to the lush city of his birth.

“Enugu is a very good place to film. You might not have as many locations, in terms of class, when compared to Lagos, a megacity. It depends on your script really. But looking at the kind of stories I’m doing at the moment, Enugu is pretty much the best place to film. You can set up your camera anywhere to film without being bothered about alaye coming to disrupt the shoot. It’s a calm and beautiful place, and very picturesque”, he tells me on a car ride to a business meeting.

Nollywood filmmakers have often voiced out their frustrations about shooting in Lagos: the difficulties of getting to set due to the traffic gridlock the city is famous for, high production cost, and the disruptions by touts seeking to reap money off them on set. Still, they shoot there constantly. In the last couple of weeks, news about the Lagos State Film and Video Censors Board levying a 5% tax on all film and video productions made and sold in the state trailed newspapers and social media platforms, even though the Lagos state government later dissociated from it. It sparked conversations on decentering Lagos, with filmmakers looking to other cities like Abuja, Ibadan, Enugu, or Calabar to film.

“The truth is that what determines where your film is shot is the story. If it’s the contemporary life of the everyday Nigerian, it really can be shot anywhere you are, as long as the environment is conducive. It mustn’t be Lagos. As a matter of fact, films are being shot in Enugu every day. They might not be films made for cinema, but Iroko productions happen here every day.”

For his 2019 feature, Levi, Oku had to fly in big actors like Ramsey Noauh, Lydia Forson, and Nancy Isime from Lagos to Enugu. When I asked how the cost of transporting and accommodating the actors in Enugu impacted on his budget, he said,

“You’re only lodging the actors in hotels here which are at a more affordable price. And the actors are few, it’d cost me a lot more to move and lodge my crew in Lagos. Here in Enugu, I have a production house, I don’t have to pay hotel bills. You’d also have to consider the cost of securing locations.”

Even when films are shot outside of Lagos, the lavish premieres are set in the entertainment center, then sometimes a second and a third premiere in Abuja and Enugu, as Genevieve Nnaji and Charles Okpaleke did with Road to Yesterday and the Living in Bondage sequel respectively. But for Oku, his films are only premiered in Enugu.

“Premieres are about your fanbase, how many people you can pull to the premiere. As far as the industry is concerned, this is where my fanbase is. It’s easier for me to pull as many people as possible to the premiere than it would be in Lagos. I call premieres a paid preview. If it’s a film that doesn’t have a lot of sponsors, you’re going to lose a lot of money. Paid preview means you’d be able to at least recoup what it cost to organise the premiere”, he explains.

Filming and premiere location aren’t just what sets Oku apart from his fellow filmmakers in the industry. His films also feature relatively unknown actors in lead roles. One of the determinants of a film’s marketability and commercial viability in Nollywood is its cast ensemble. Hence, Instagram follower count has become a casting factor, with many films featuring a lot of Instagram influencers and even A-listers in redundant roles. “I like working with unknown actors,” Oku tells me. “The reason I like working with unknown actors is that popular actors tend to increase predictability because the audience already has an idea of who they are, how they act, and their mannerisms. So they already know what to expect from them. Also, because these actors being big might not give you the required time to rehearse, they tend to carry over certain traits from other characters from other films to your films because they’re still in that character. It takes very good actors to build their characters before they come on set.”

His 2018 feature film, Black Rose, has remained on the top ten trending list on Netflix for three good weeks. It is a feat for a film that is not the usual comedic flare of Nollywood. Its lead is Echelon Mbadiwe, a never-before-seen face. In fact, Oku tells me that it had been rejected by mainstream cinema distributors. “They didn’t say it was a bad film, they just didn’t see it as commercially viable for cinema. Their concern was marketability, the film didn’t have enough ‘cinema’ faces.”

Undaunted by the rejection and spurred by the positive reception Black Rose had gotten at its premiere in Enugu, Oku decided to try cinemas again rather than push the film straight to a VOD platform. “I looked around for the local cinemas, and this was what took me to the MD of Cartege cinemas, Asaba. He saw and loved it and put it in his cinema. From him, I was able to gain access to 16 other non-mainstream cinemas. Black Rose was doing so well that it got the attention of FilmOne. FilmOne had to request that it be shown on limited screens, just two screens, in Lagos. And it did very well.”

He had to train Mbadiwe for three months for the role, it paid off for her and scored her an AMVCA nomination for best actress. She’s cast in his next feature Laurie and is currently signed to his talent management company, Oracle Management. “Echelon hasn’t played anything like Laurie. The issue with many Nigerian producers is typecasting, now that they’ve seen Black Rose, they’d mostly want to stereotype her, put her in roles like that. I want to put her in different roles, show that she can play something entirely different.”

Michael Uchegbu is another young and budding actor signed under Oku’s management company, and stars alongside Mbadiwe in Laurie. With his past history with cinema distributors, I try to find out if he anticipates another rejection. “The plan for Laurie wasn’t for it to go to cinema but we are looking at a streaming platform like Netflix. However, I have Love Thy Neighbour, which those cinemas that helped me sell Black Rose are very interested in. It’s a three-cast film and the only popular actor in it is Deyemi Okalanwon. The others are Chinonso Young and Juliet Njemanze. But it is a very good film. It’s going to be out in those cinemas very soon.”

For the filmmaker who started of his artistic journey as a musician, then turned music video director and cinematographer, he’s focused on telling stories that reflect the lives of everyday Nigerians in whatever genre they can be told, albeit he understands that comedy sells more due to the distressing situation of the country and people’s need to laugh and ease off stress. He quips, though, that, “Some Nollywood producers are lazy. When they see that something has worked, they’d want to keep doing that same thing. I’m a firm believer that drama and films outside of the comedy genre would do well if done well.”

Kanayo O. Kanayo Becoming a Lawyer is all the Motivation you Need to Chase Your Dreams