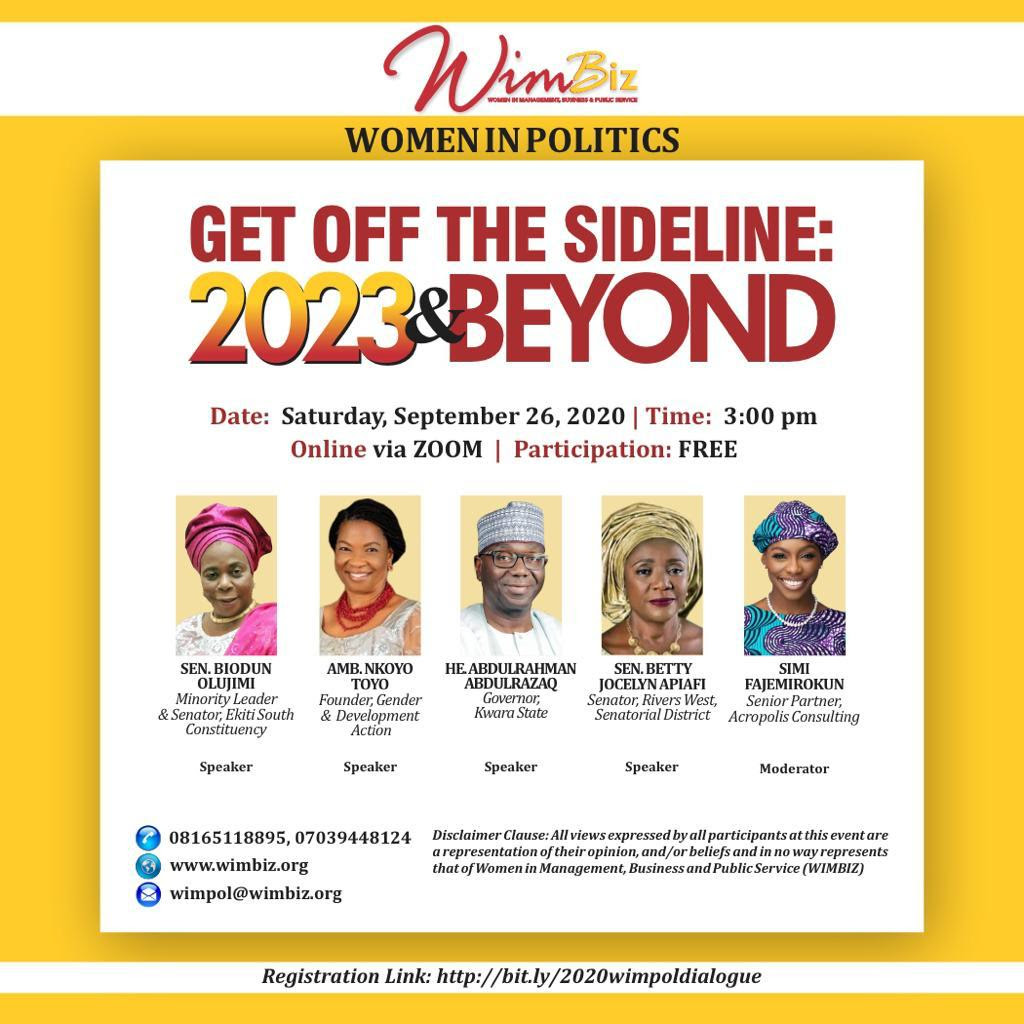 Women in Management, Business, and Public Service (WIMBIZ) is scheduled to hold its Annual  Women in Politics (WIMPOL) Dialogue on Saturday, September 26, 2020.

The female population of Nigeria stands at 103 million which is 49.4% of the current population of  Nigeria. In the 9th Assembly, of the 469 members elected across the 6 geopolitical zones, 6 are women, constituting only 6.5% of the Senate and 5.6% of the House of Representatives. This shows a drop of 1.48% of female representation in comparison to the 8th Assembly.

At the State Assembly level, across the 36 States of the Federation, women constitute 5.2% of the elected lawmakers (51 women out of 990). After two decades of uninterrupted democratic governance since 1999, only 6 women have emerged as Deputy Governors.

These statistics are cringeworthy. They are indicative of an environment that stifles almost 50% of its population and is a clear representation of the poor showing of women in the political sphere. Consequently, the clamor for increased representation of women in elective and appointive positions of power is at an all-time high and the reasons are the same – Inclusion & Representation matters.

The Women in Politics (WIMPol) 2020 Dialogue is challenging the inertia, inactions, fears, and inequality that has held women back in politics by convening women and men who are willing and resolute about making the call in solidarity for women all over Nigeria to ‘Get Off The Sideline’ and take informed actions to ensure positive outcomes in 2023 and beyond.

WIMPOL 2020 invites women to hone & own their voice, run for office and or actively support credible women who are running for office.

This content has been published for free as part of BellaNaija.com‘s commitment to youth, education, healthcare, and community development as part of our corporate social responsibility program.

Related Topics:Women in Management Business and Public Service (WIMBIZ)Women in Politics
Up Next