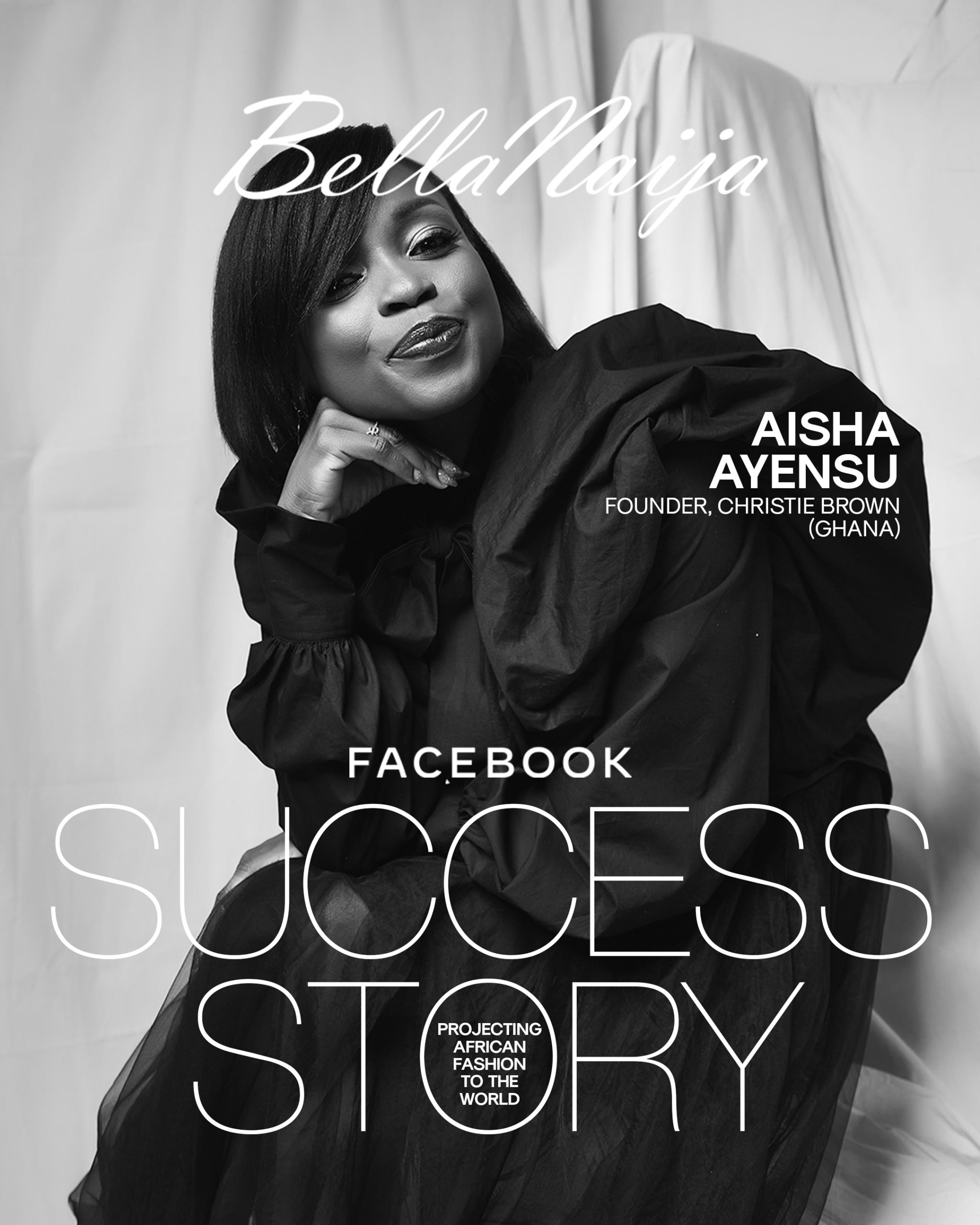 To recognize entrepreneurial success and the journey to reaching it, Facebook & BellaNaija have partnered to showcase the story of 6 entrepreneurs in West Africa.

Running through different categories, the aim is to encourage up and coming SMEs to forge on and make the best of their craft by listening to stories shared by each selected entrepreneur.

One of the selected entrepreneurs is Aisha Ayensu of Christie Brown.

Aisha Ayensu is the Creative Director and CEO of the internationally acclaimed luxury fashion label, Christie Brown. Named after another inspiring female, Aisha’s grandmother, the brand represents a taste of true neo-African culture in a chic modern and classic style.

Aisha holds a Bachelor of Arts in Psychology from the University of Ghana, Legon, and embarked on the journey to creating the brand in her final year.

She had her training in fashion from Joyce Ababio College of Creative Design. With years of experience in the industry spanning over a decade, Christie Brown has garnered global coverage by magazines such as Harper’s Bazaar, Vogue Italia, and Marie Claire; with television features on Studio 53, BBC and CNN, to name a few. She has clothed many high-profile women and celebrities like Alicia Keys, Kelly Rowland, Jackie Appiah, Joselyn Dumas, Genevieve Nnaji, and costumes for Beyonce’s ‘Mrs. Carter’  Tour.

In 2009, Aisha earned the title of Emerging Designer of the Year at the Arise Africa Fashion Week in South Africa and the chance to show her collection as the only Ghanaian label in the Arise L’Afrique-a-Porter at Paris Fashion Week in 2010. She was listed as one of Forbes’ Most Promising Entrepreneurs in 2016. She also won the African Designer of the Year at the Glitz Style Awards two consecutive times: 2018 and 2019.

She has also represented the Ghanaian fashion industry at the Africa Economic Forum hosted by Columbia University on the “African Fashion Going Global” panel as a respected voice in business. Aisha served as a Global Shaper of The World Economic Forum, under the Accra Hub and is an IVLP alumnus under the U.S State Department.

She is married to Michael Ayensu of Jacob West Ltd and they have 3 lovely children.