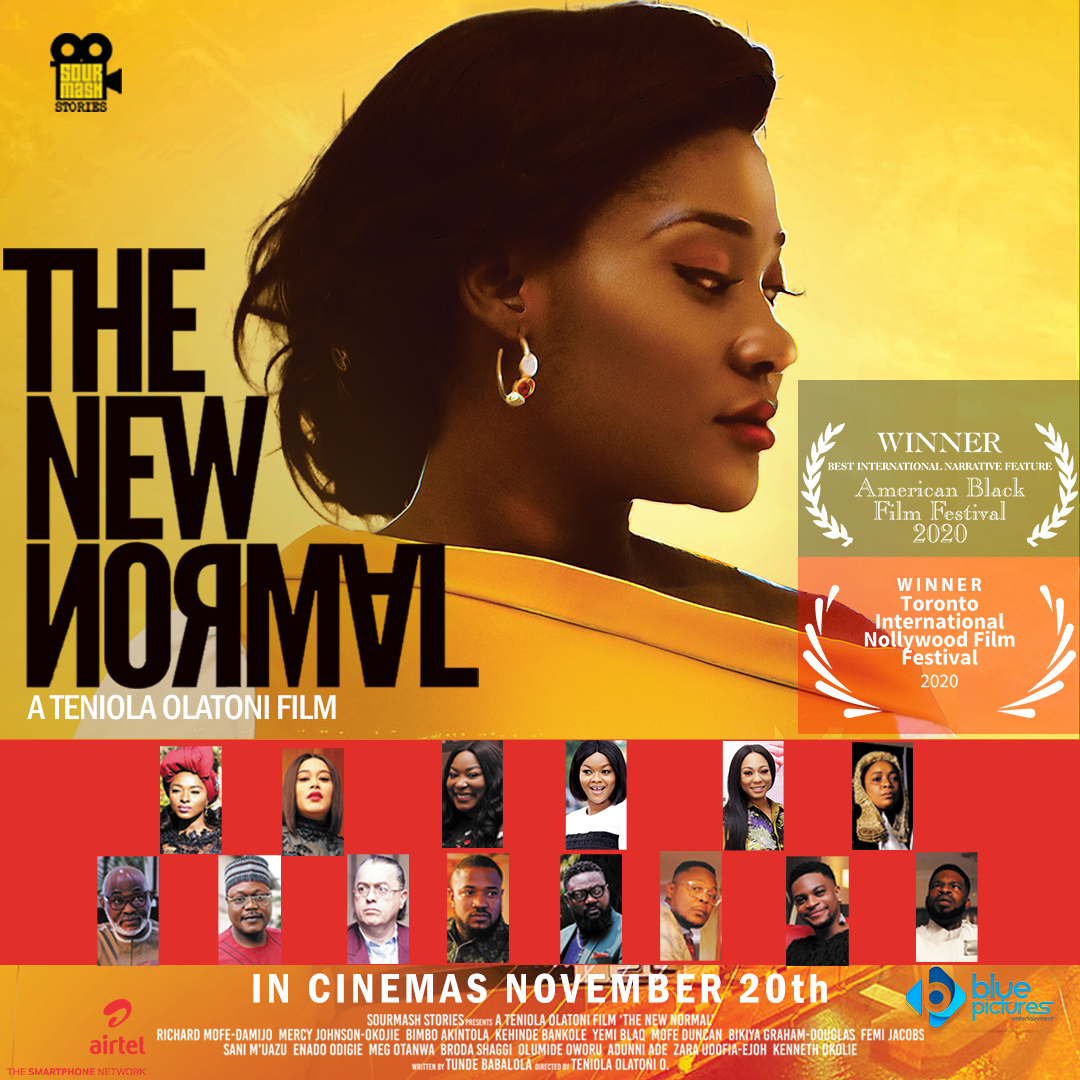 Teniola Olatoni‘s new movie, The New Normal will have its world premiere on Sunday, November 15th, 2020 in Lagos.

The exclusive event will see some of the biggest names in Nigerian entertainment and fashion grace the occasion, as fans and critics have been eagerly anticipating the release of the movie.

Subsequently, fans and movie buffs won’t have to wait any longer as the movie will start showing in cinemas nationwide from Friday, November 20th, 2020.

The premiere will mark the first time the movie will be aired to the public and while a lot of talk leading to the premiere has been themed around the fact that the movie has already won prestigious awards and graced prominent international film festivals despite not being officially released, the film has also generated a lot of positive buzz due to its strong, compelling story. Many have called the movie a break from the norm and a perfect movie for the times we are in.

The New Normal revolves around the lives of four couples and a single friend as they navigate individual and collective issues of discrimination, misogyny, addiction, mental health, infertility, and nepotism while trying their best to keep up appearances and escape society’s suffocating boots with their often hilarious and always surprising results; thus finding their way to a whole New Normal.

Speaking ahead of the movie premiere, Teniola Olatoni expressed her delight at finally being able to tell such a compelling story and hinted that viewers should prepare for an unforgettable experience across theatres when ‘The New Normal’ is finally released.

Join the conversation on social media using the hashtag #WatchTheNewNormal

The “Young and Affluent” Looks from the Premiere of “Rattlesnake: The Ahanna Story”