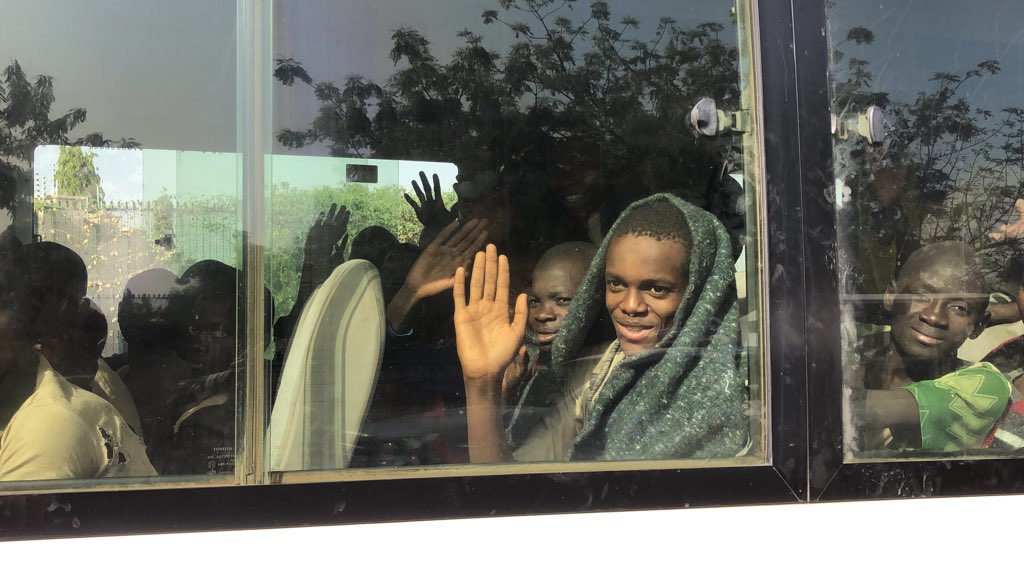 The schoolboys who were abducted on Friday, December 11th from the Government Science Secondary School in Kankara by gunmen have been released.

According to the Katsina state Governor Aminu Bello Masari, 344 boys who were held captive in the Rugu Forest Zamfara state have been rescued.

The personal assistant on media to the president Bashir Ahmad also confirmed that the boys “have arrived Katsina State safely, they slept in Gasau, Zamfara State.”

Although a video, which bore the Boko Haram logo, of the boys making a statement went viral on Thursday 17th, December, Governor Aminu’s spokesperson Abdu Labaran said that the boys were not kidnapped by Boko Haram but by bandits claiming to be the Islamist terrorist group, CNN reports.

“This is a huge relief to the entire country & international community.” President Mohammadu Buhari said in response to the news on Twitter. He went further to say, “Our administration is fully aware of the responsibility we have to protect the lives and property of all Nigerians. I ask Nigerians to be patient and fair to us as we deal with the challenges of security, the economy, and corruption. We will not relent.”

JUST IN: All the rescued students of the Government Science Secondary School, Kankara have arrived Katsina State safely, they slept in Gusau, Zamfara State.

Omah Lay & Tems are Back in Nigeria!