Tems calls out Singer Bebe Cool over Her Arrest in Uganda Singer Tems went on Twitter to call out Ugandan singer Bebe Cool over her and her Manager’s arrest in Uganda.

Just in case you didn’t know about the gist, starting from the top, here’s what went down:

Omah Lay, Tems and her manager Muyiwa Awomiyi got arrested by Katwe Police in Uganda after performing at an event tagged The Big Brunch, which held at Speke Resort, Wavamunno Rd, Kampala, Uganda. They were later charged to court on grounds on performing at an unauthorized concert and disobeying COVID-19 protocols.

They spent two days in police custody with a court hearing before they were released and returned to Nigeria on Thursday, December 17.

So here’s how Bebe Cool comes into the situation: According to Tems, he called the police on Tems and Omah Lay, then “followed the police around and bribed them to send you pictures of our release papers so that you can look like you had anything to do with the release”. 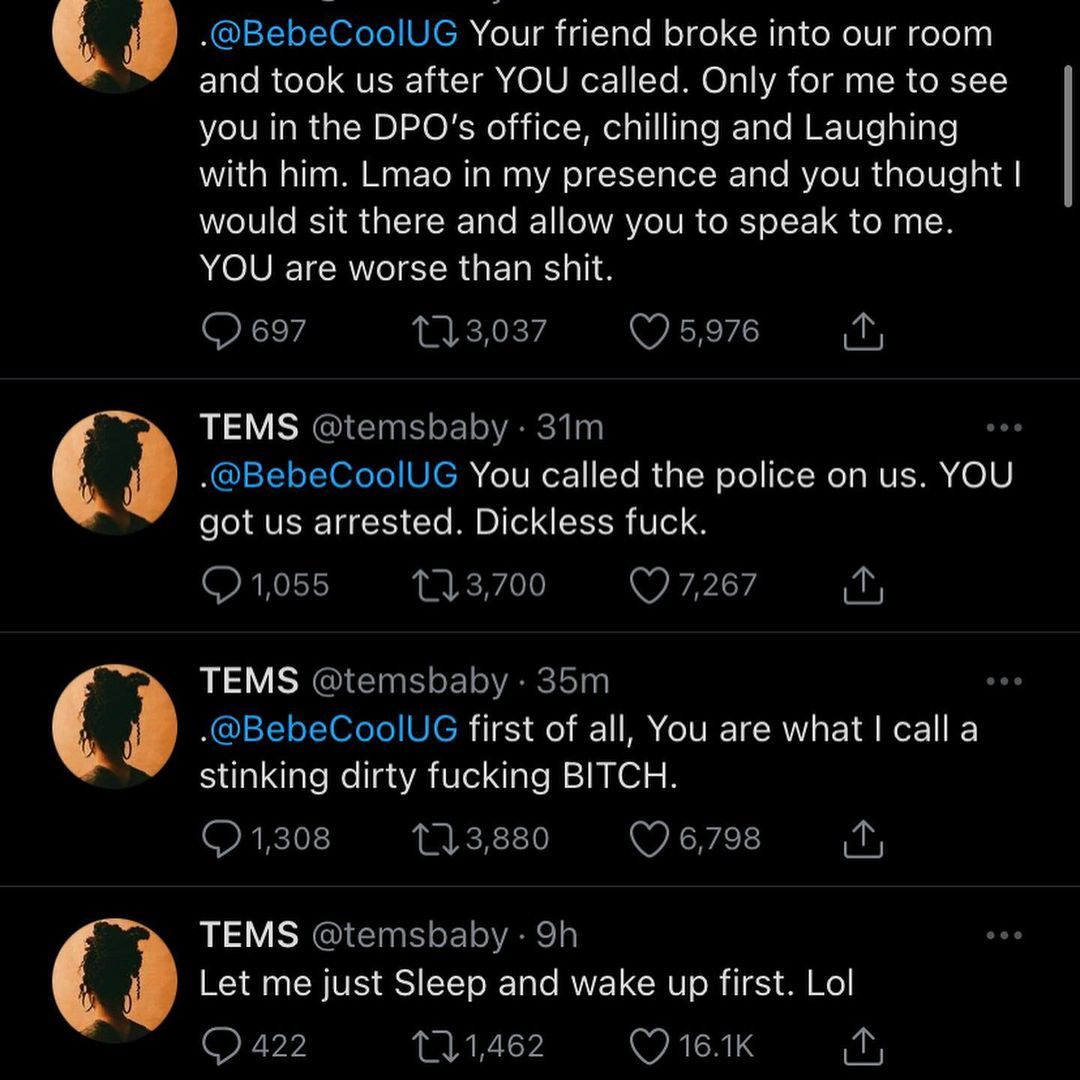 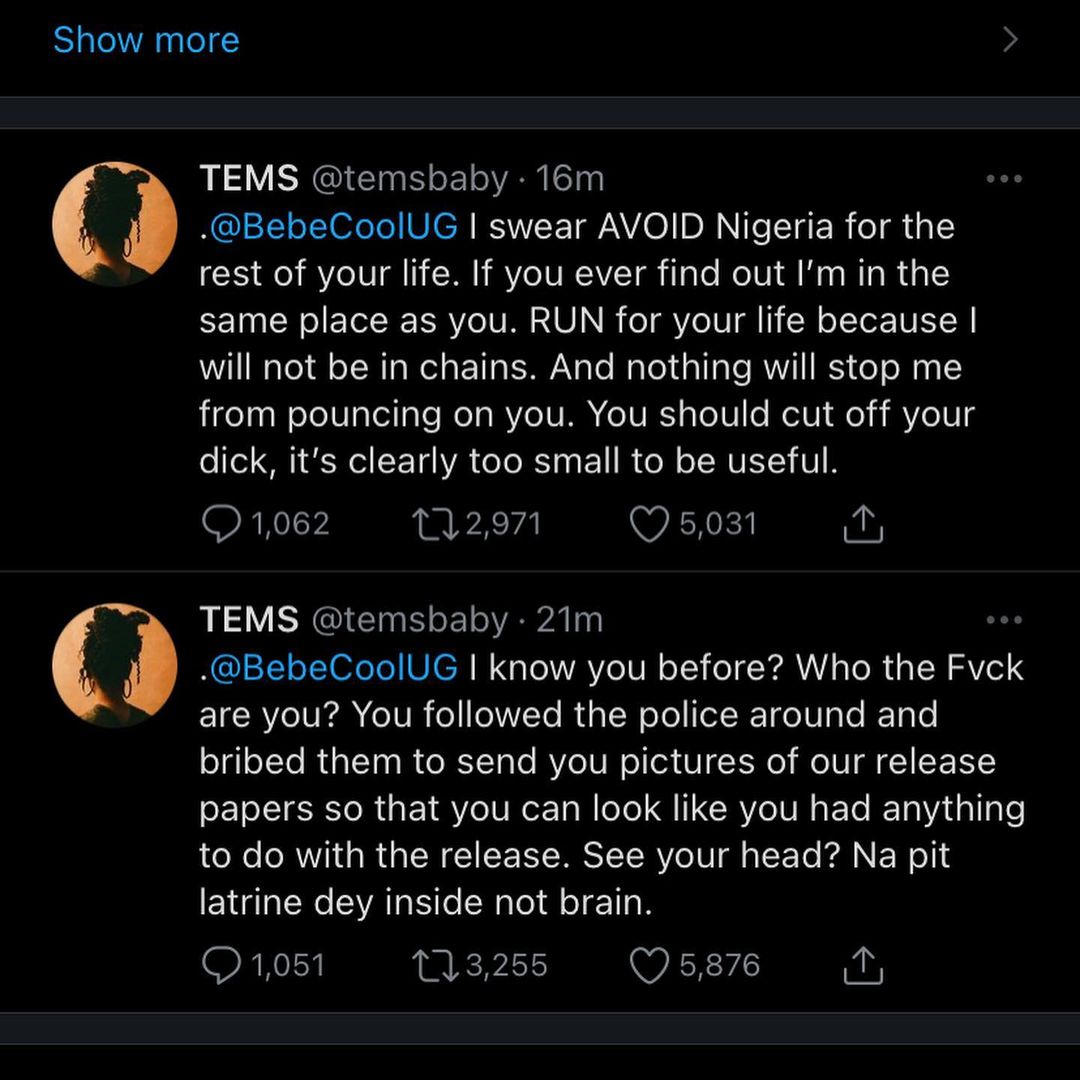 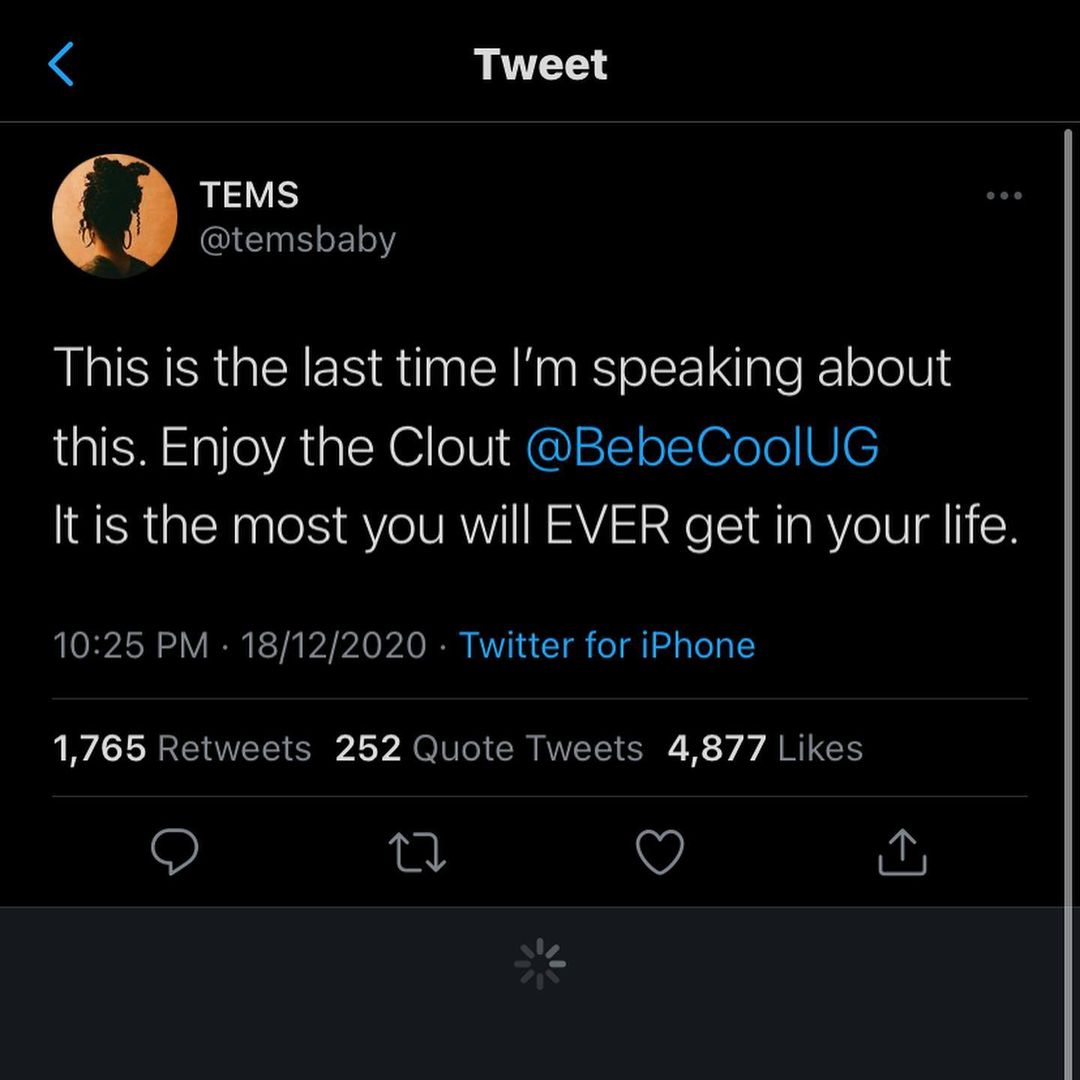