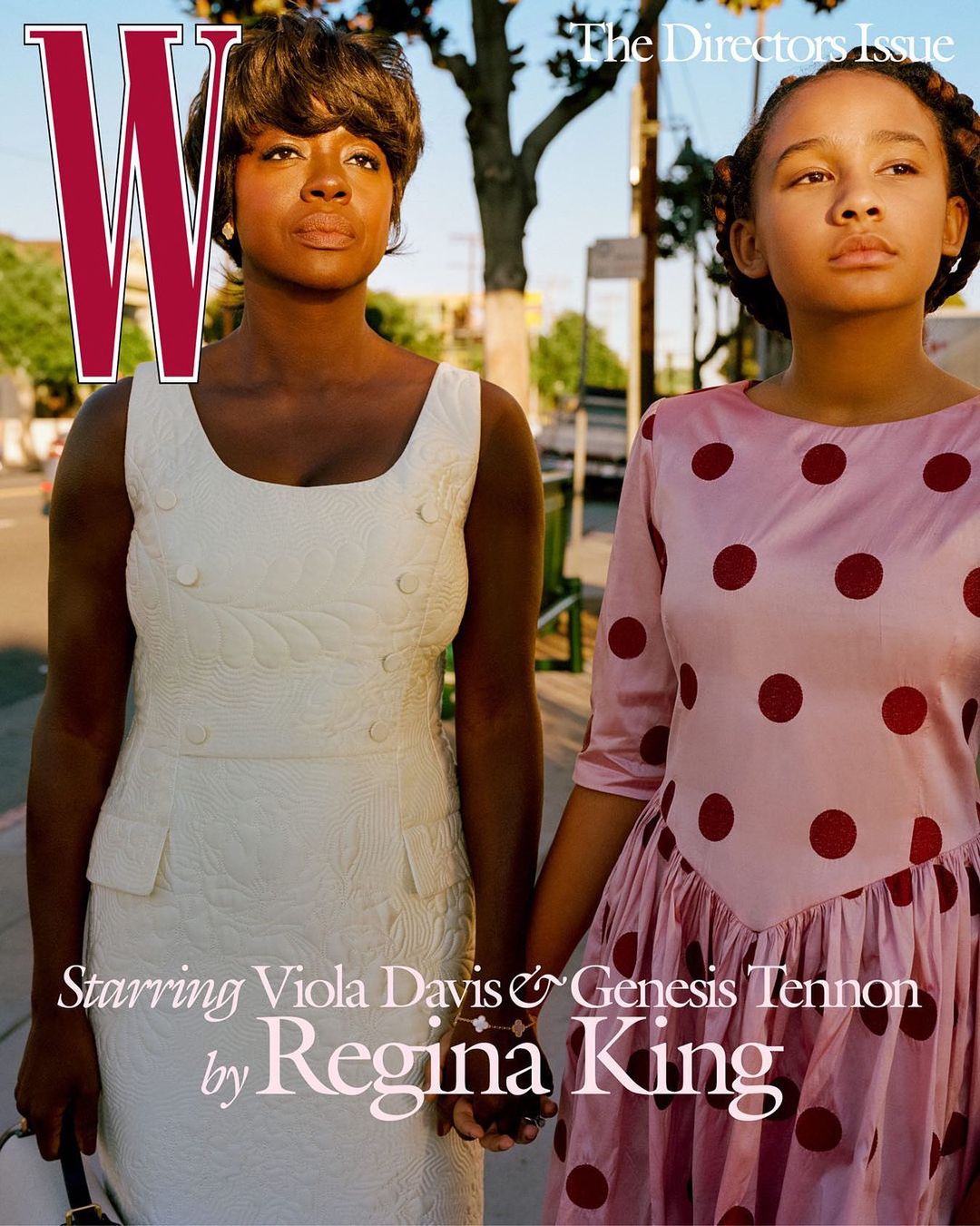 In directing the shoot Regina, who intended to tackle the space between art and social responsibility in a deeply personal way, worked with award-winning costume designer Ruth E. Carter whose stylistic inspiration was the late Cicely Tyson. 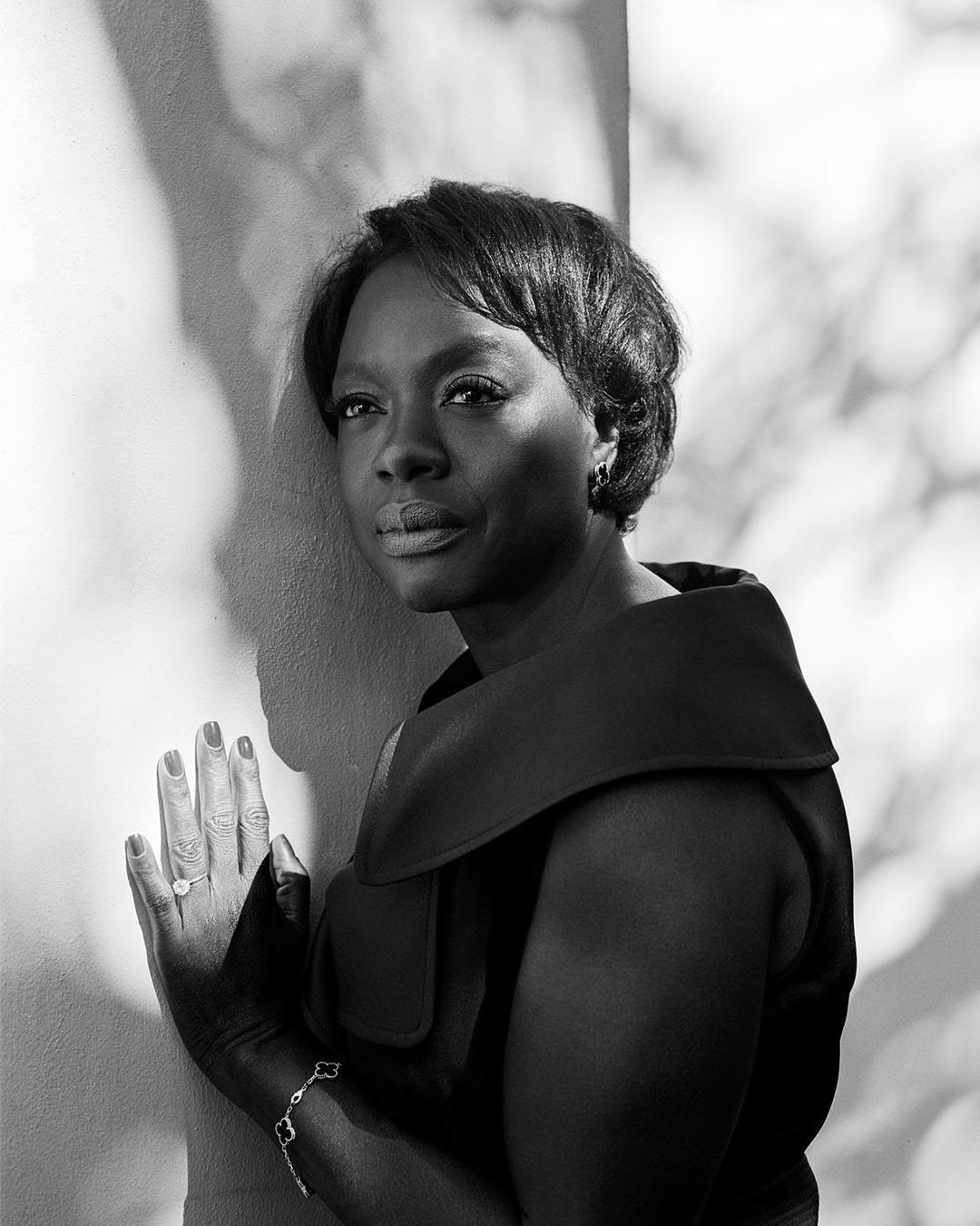 The family of three captured in the backyard of a modest American home on a Saturday afternoon. 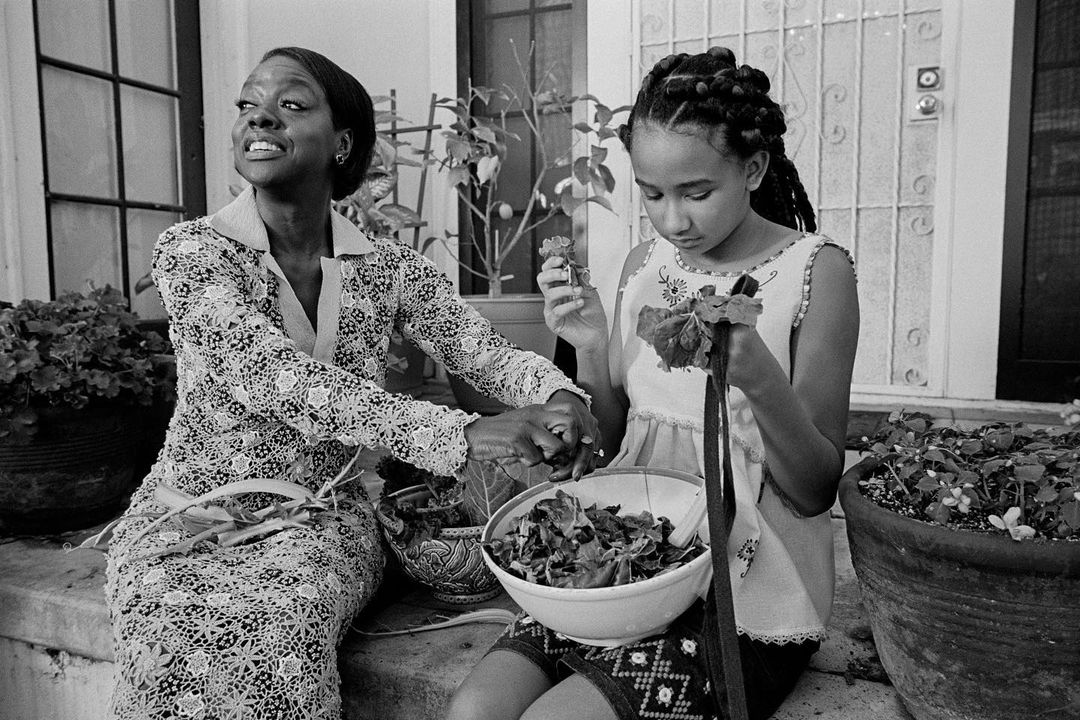 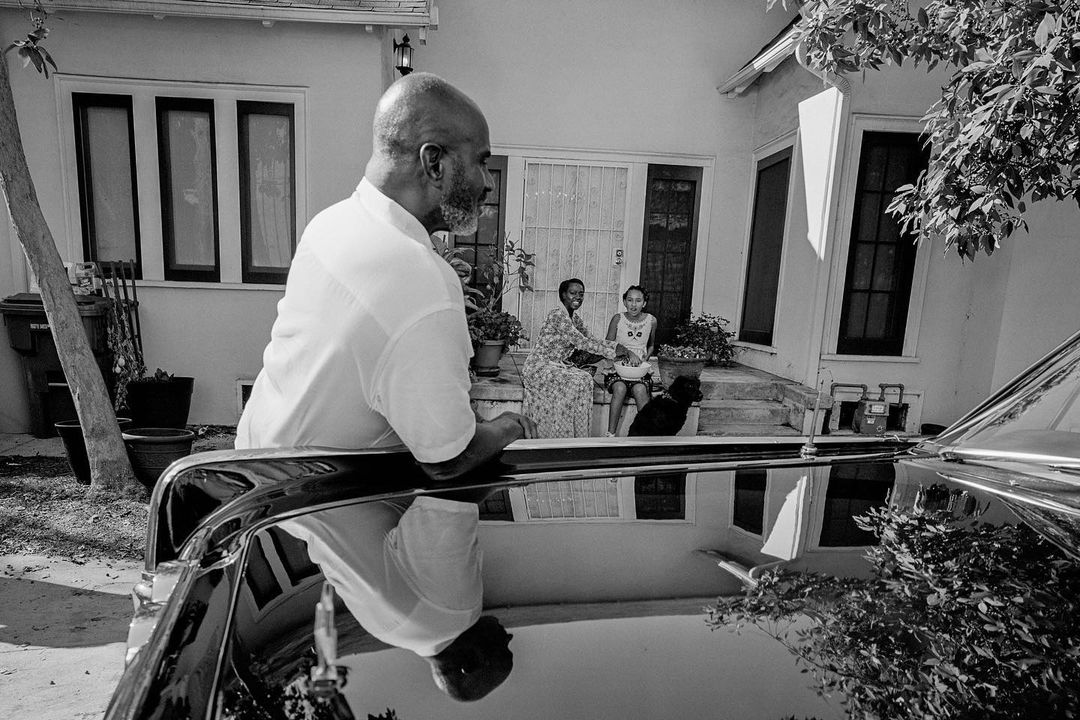 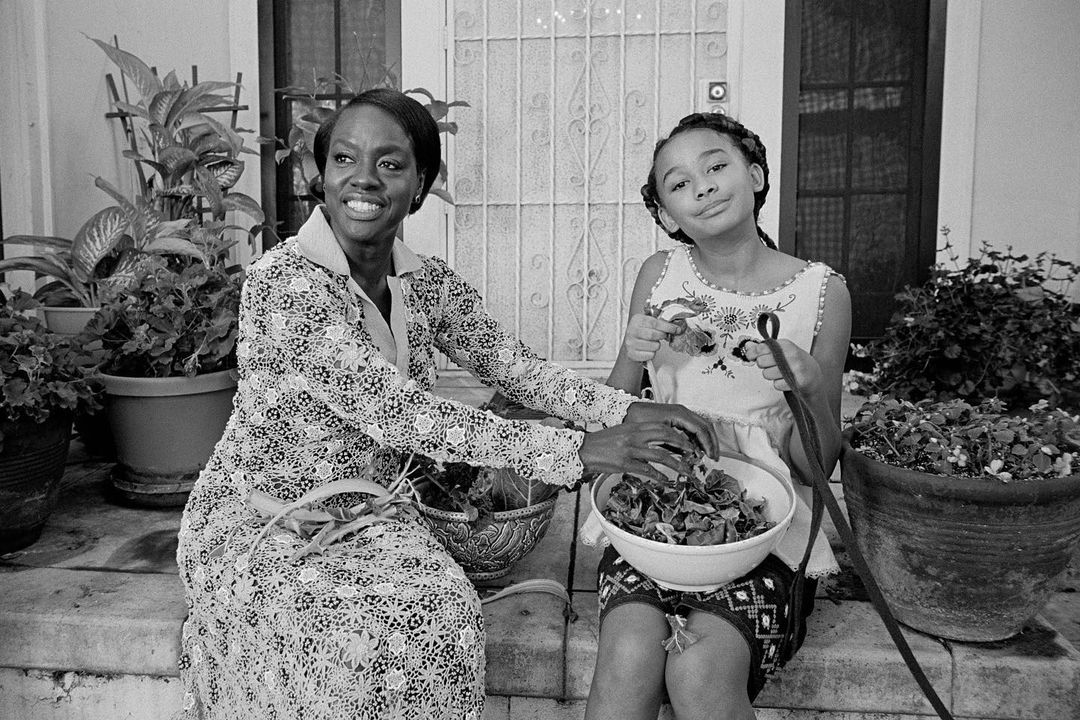 Chapter 2: Mom and Dad’s Night Out

This chapter captures the “Ma Raineys Black Bottom” star and her husband, Julius Tennon in the West Adams neighbourhood of Los Angeles. 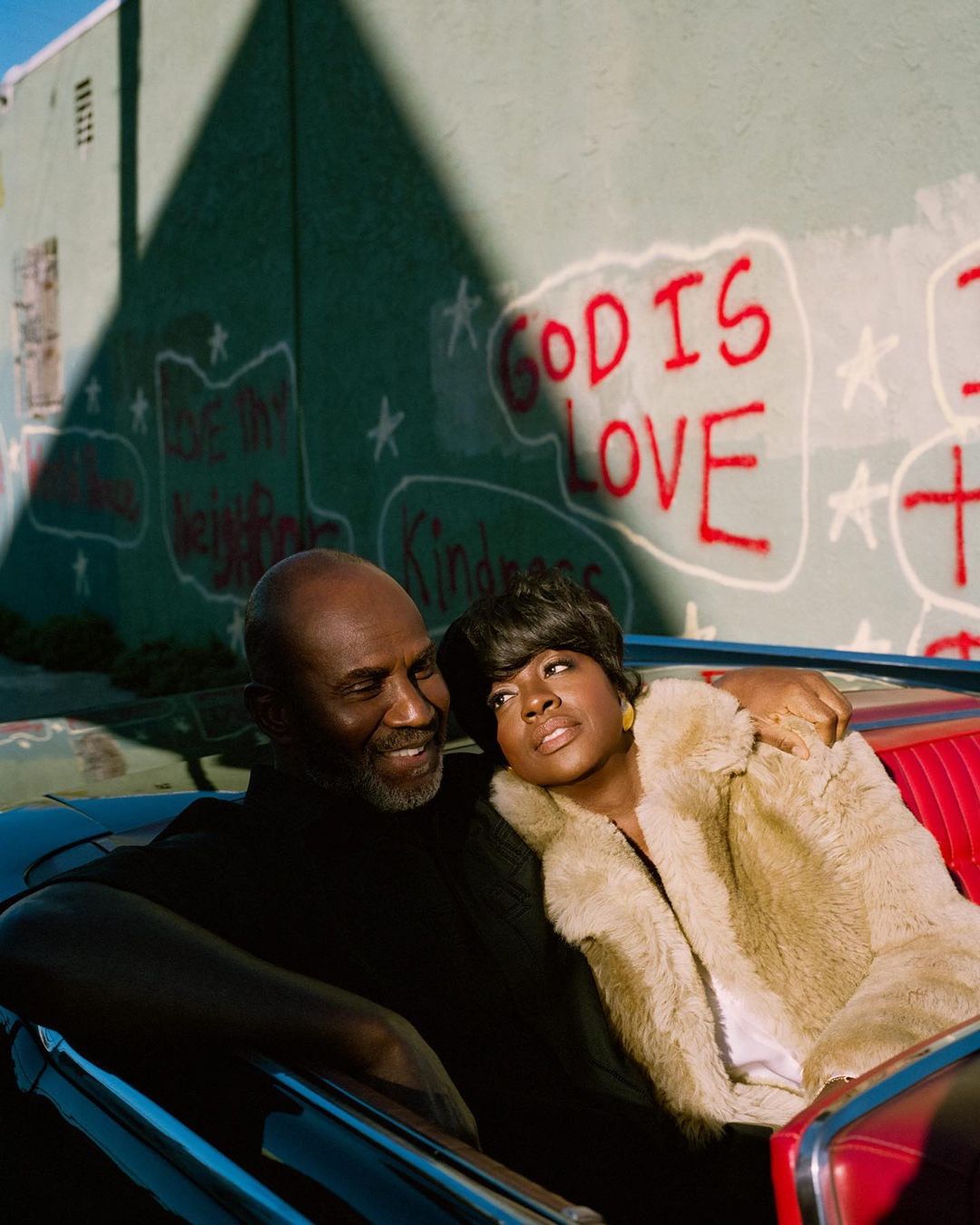 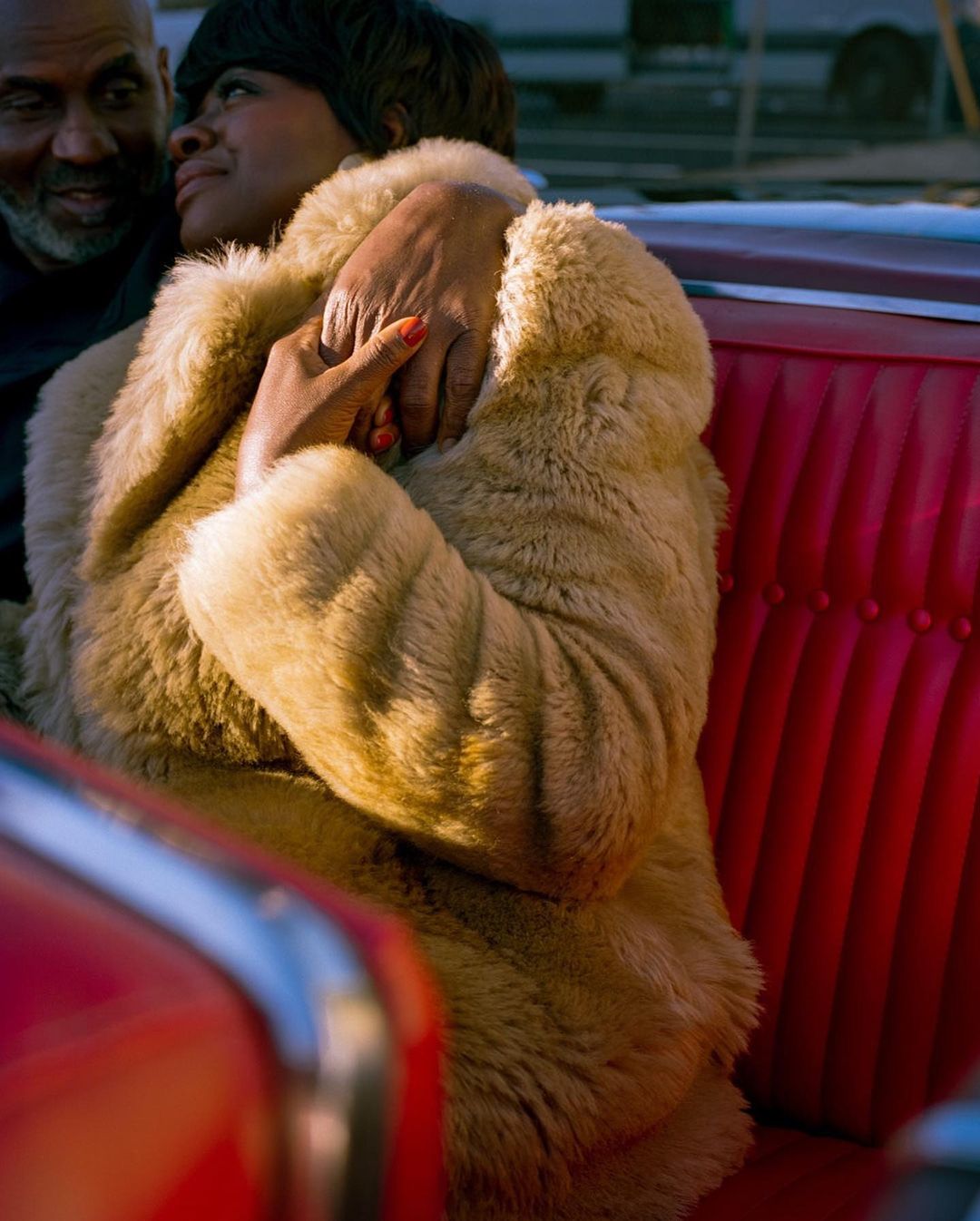 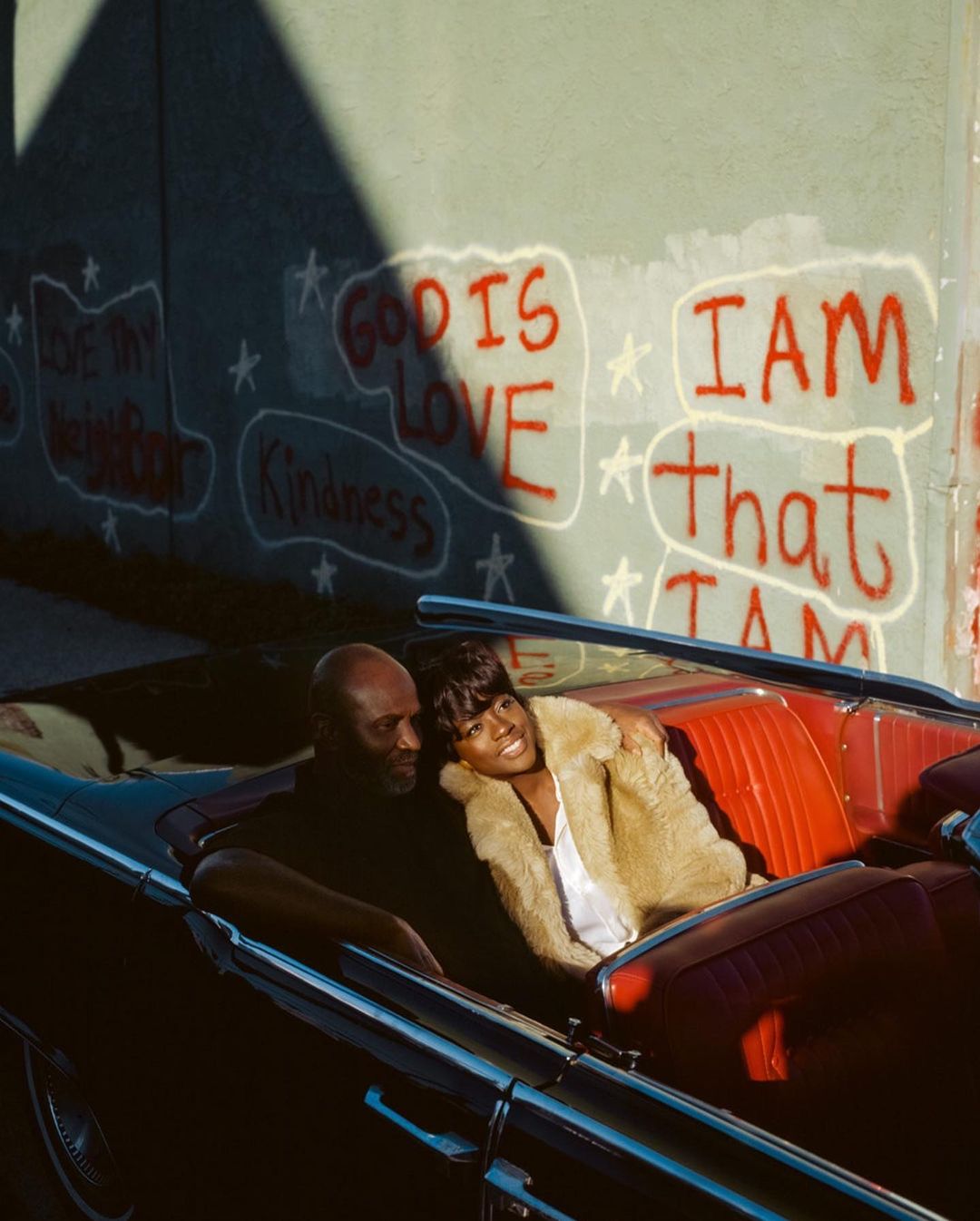 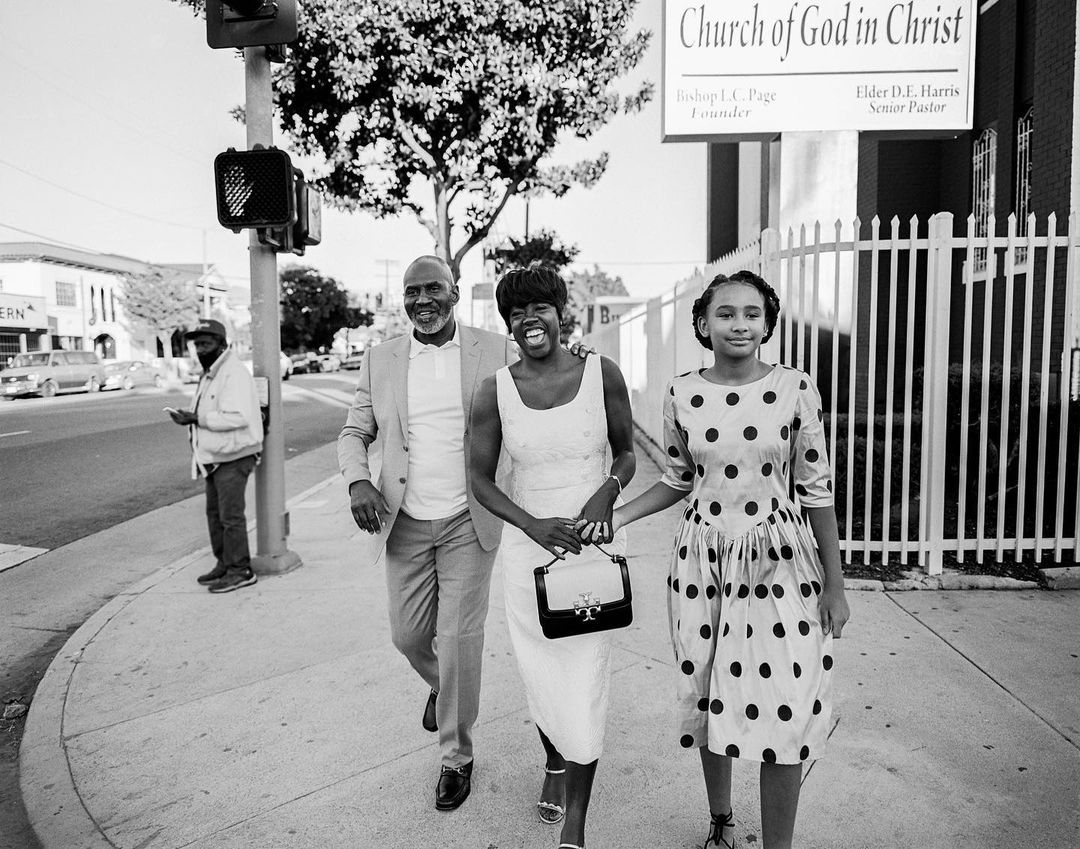 In this scene, Davis receives a wrenching phone call. 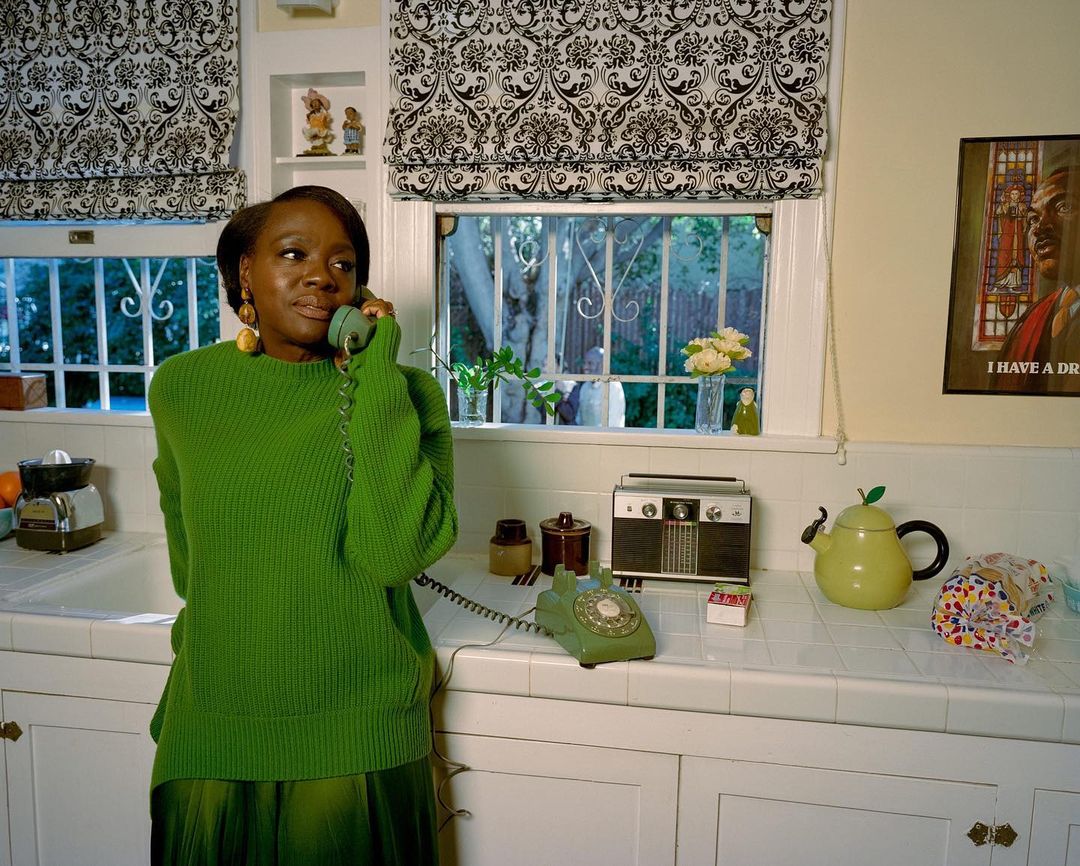 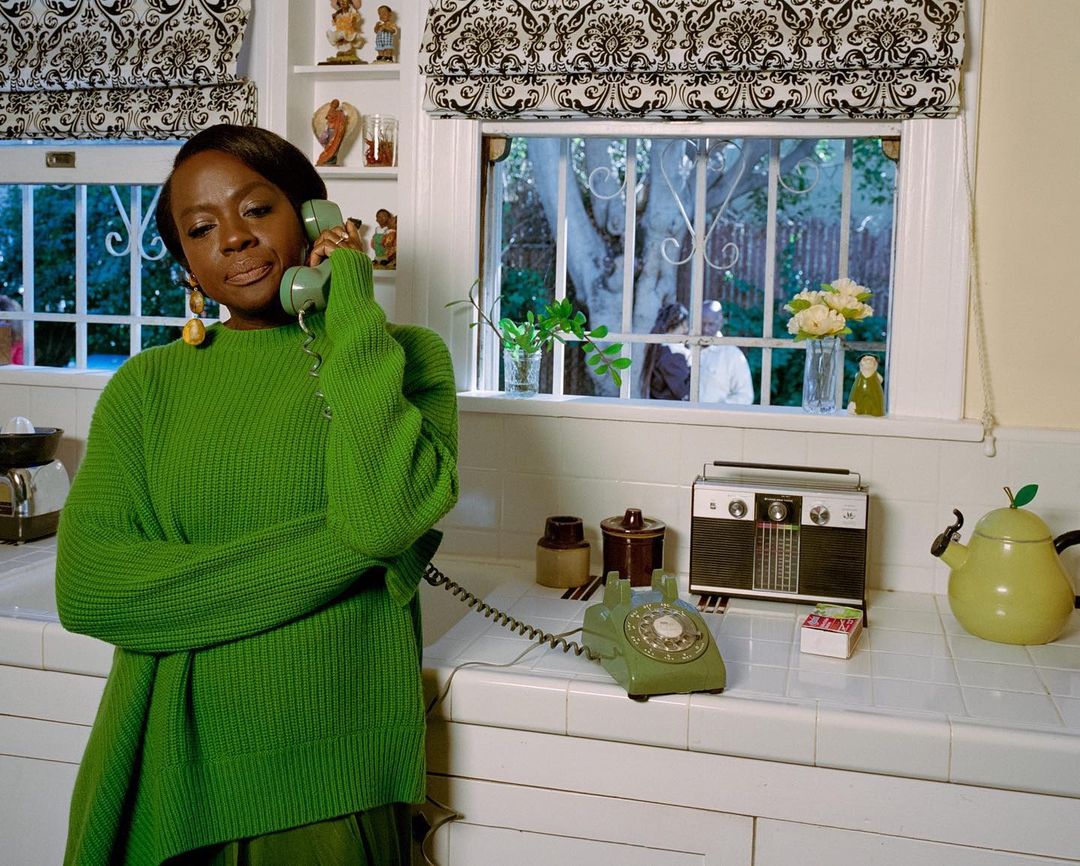 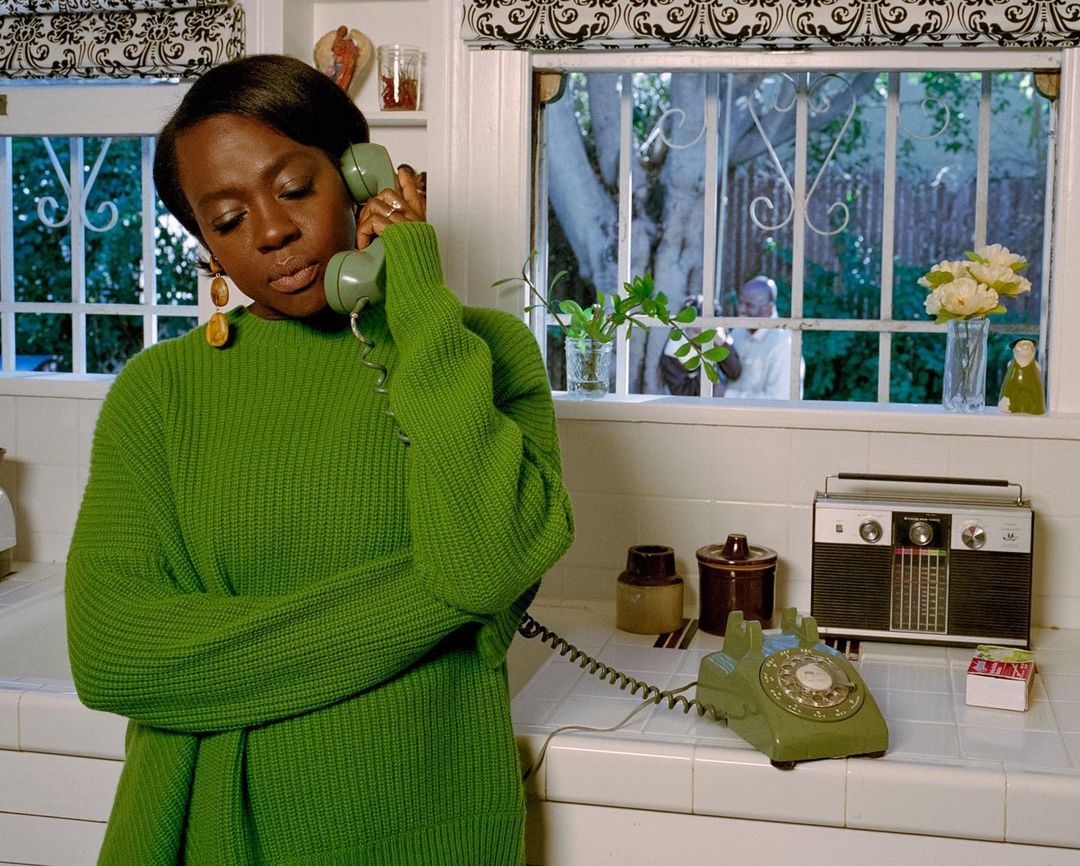 On capturing Black life in its totality, Davis says,

There’s a life beyond the tragedy, there’s life even within the tragedy, and there was a life before the tragedy. That you can be experiencing moments of joy when tragedy comes in and invades your life, and then it melts into something else—we understand that about life in general, but not always with Black folks in it. This is the first time I’ve ever done a photoshoot like this. 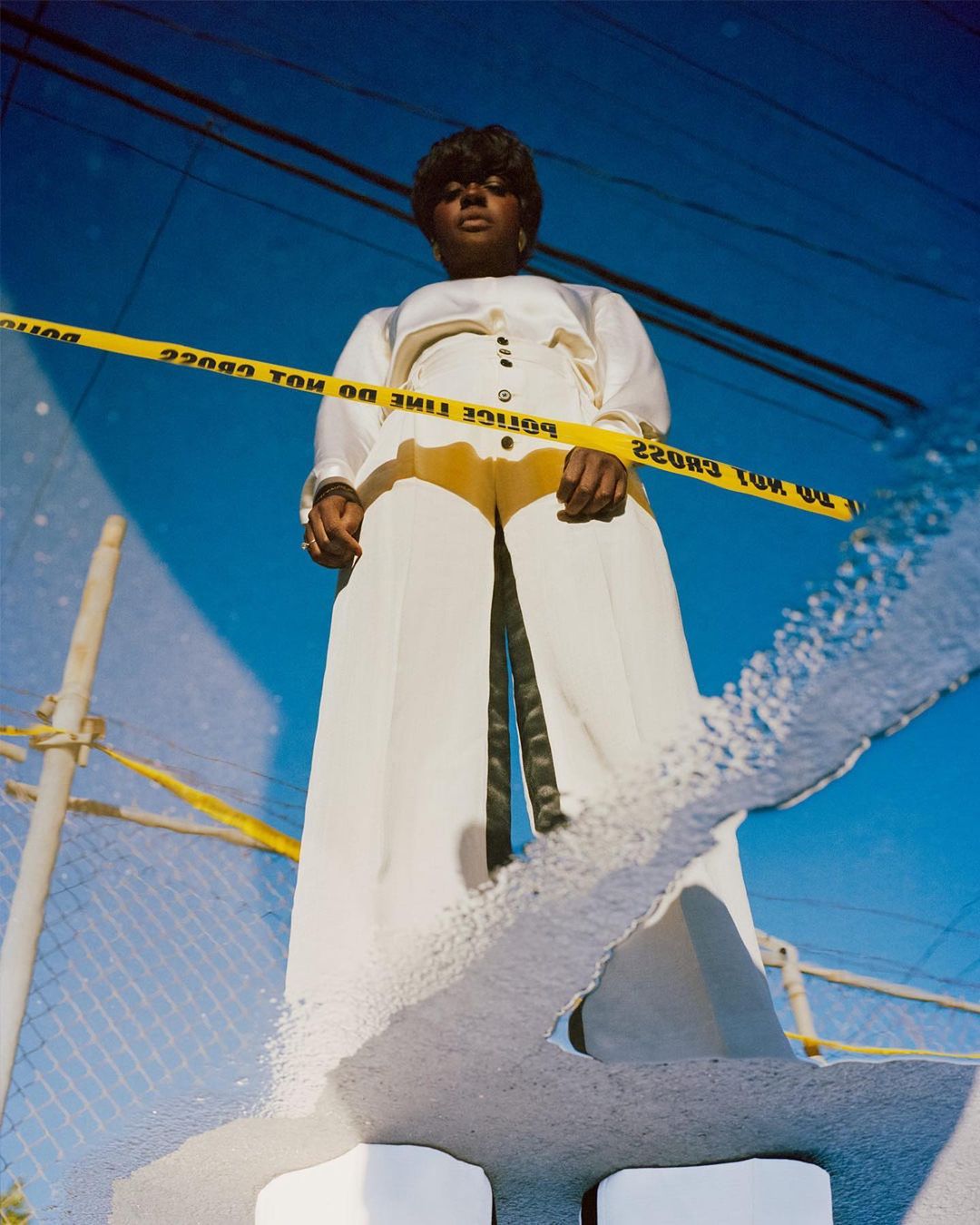 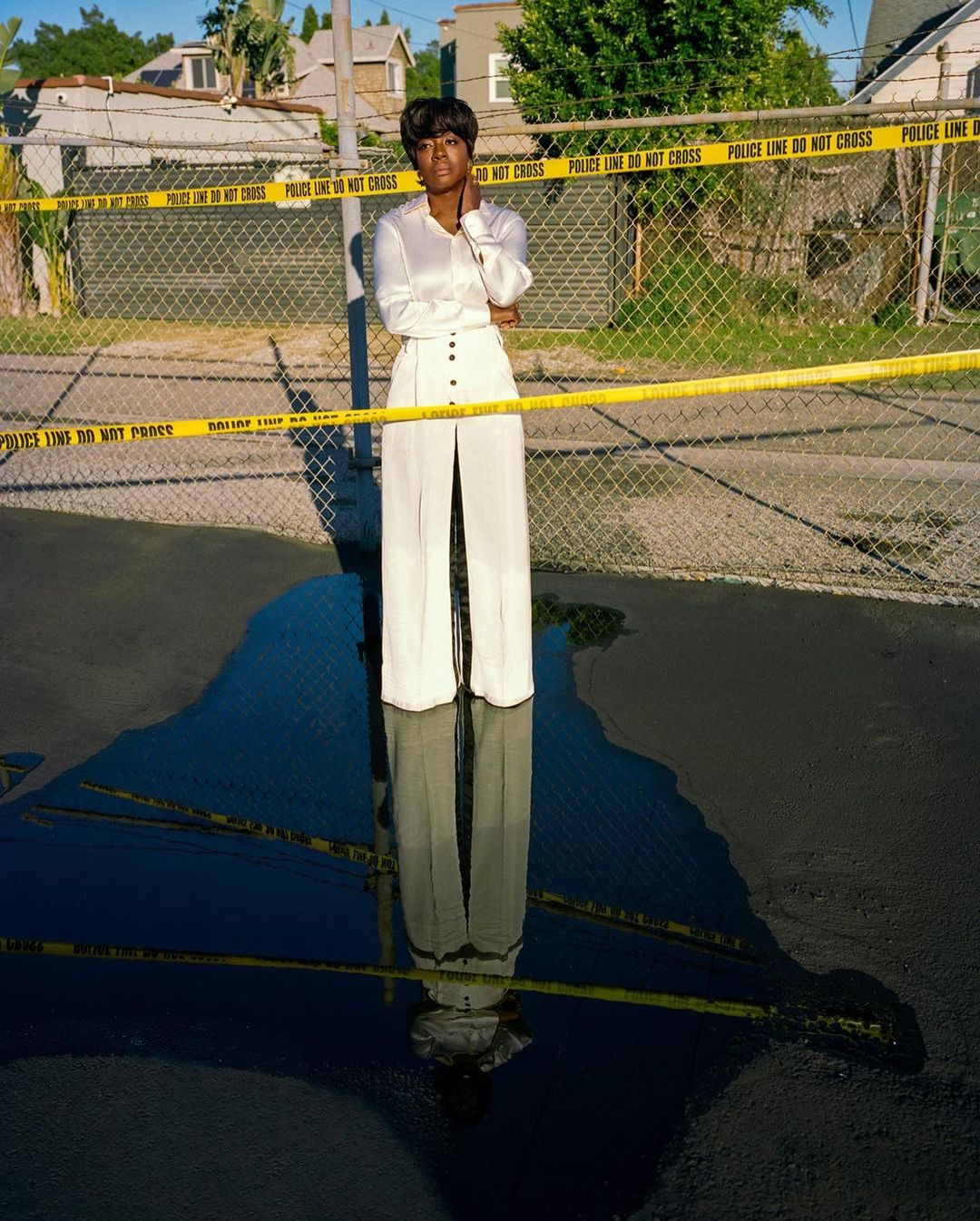 As the Davis-Tennon family sat together for a scene of consolation the playlist transitioned to Nina Simone’s “I Shall Be Released,” a song that took on special significance for Regina as she prepared to direct “One Night In Miami”. 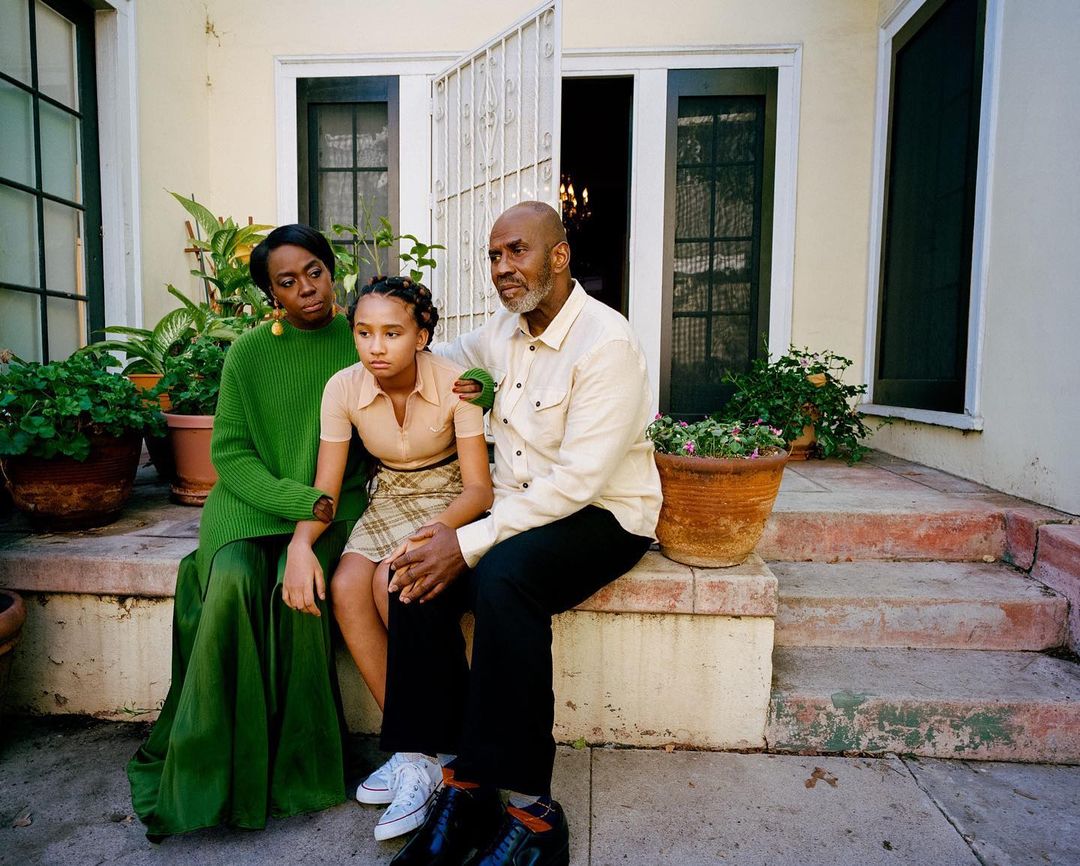 For W’s Directors Issue, Regina King decided to present a narrative that prominently featured Viola Davis’s smile, an image the director says “we don’t see enough of and stands in contrast to the actress’s regal stoicism as seen in so many of her films.” 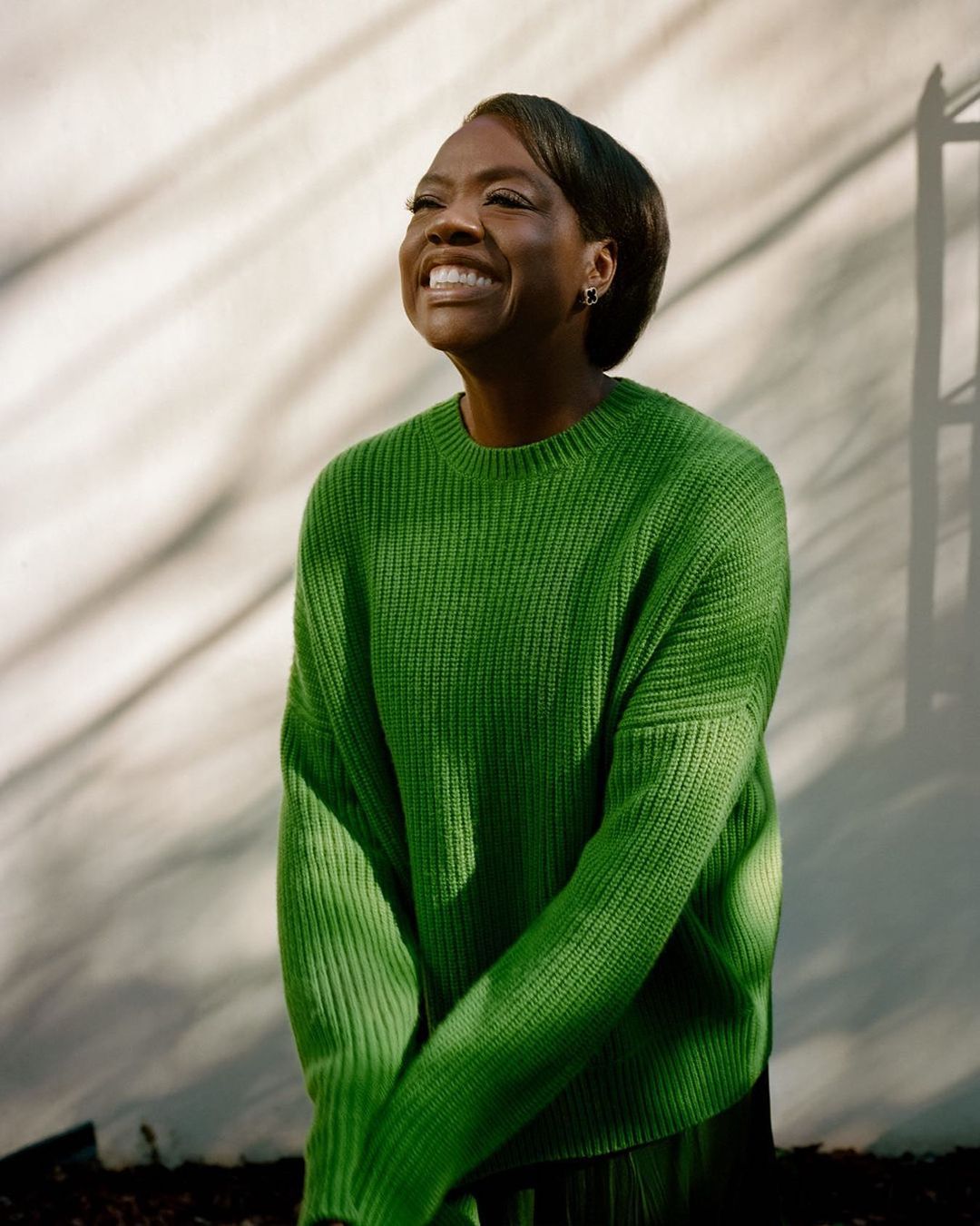